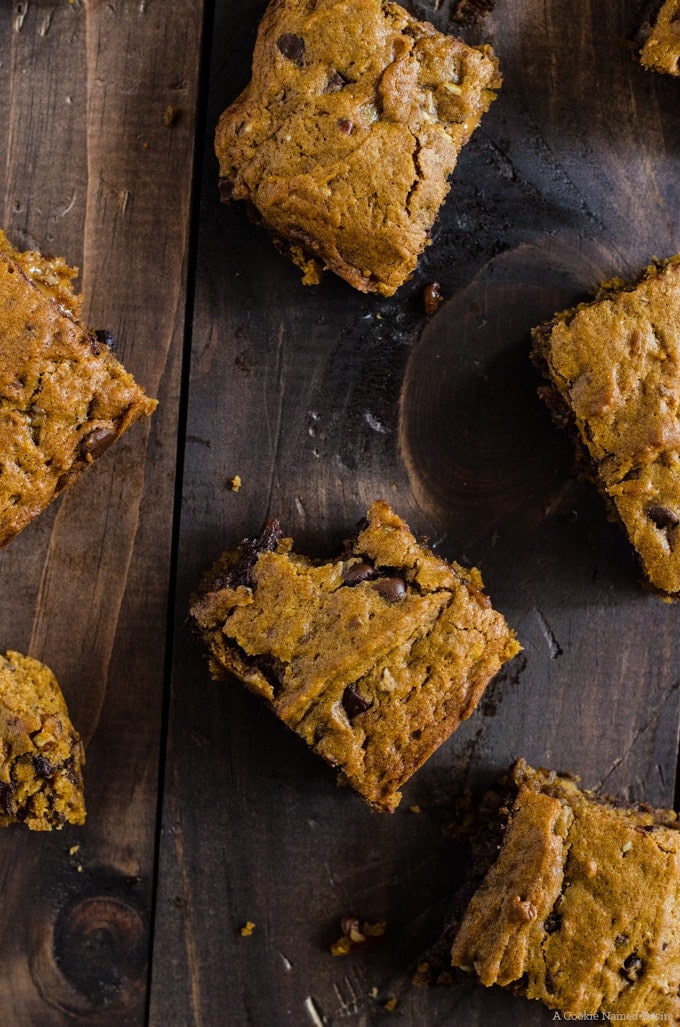 All of our fun fall activities are finally underway. We went apple picking for the first time and got the most amazing apples. We picked like $25 worth of apples and I am making as many apple recipes as possible. My favorite has been an apple pie smoothie. We also went to the Greek Agora and gorged on so much Greek food I could barely move. Next week we are going on a hayride and picking some pumpkins. 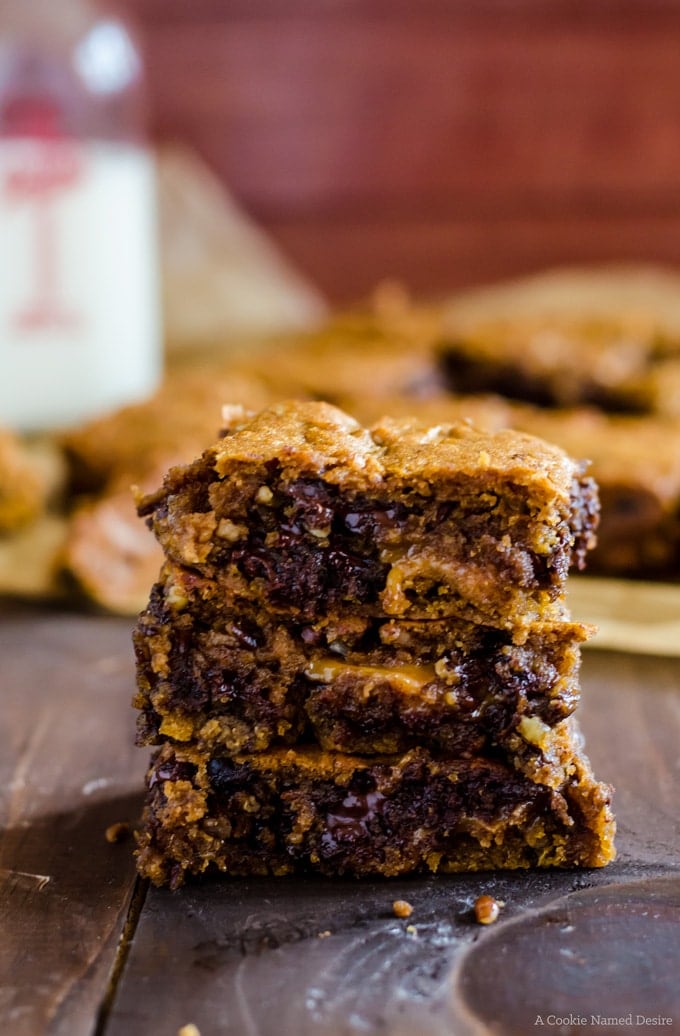 For some reason, I don't make many brownies or blondies. I love brownies and could probably gorge myself on a whole pan in a day if I knew the calories wouldn't count. And there is an inifite amount of things you can do with blondies and I haven't tried nearly enough of them. I've decided that I need to make it a point to make more of them as possible.
So... Chocolate chunk caramel pumpkin blondies. That's a bit of a mouthful, isn't it? As much as a mouthful it is to say, trust me that you will want to have a mouthful of these gooey bars. These pumpkin blondies are the epitome of gooey melt-in-your-mouth amazingness. The chocolate and caramel melt together in the center of the blondies to create the most amazing bar ever. You'd basically have to be a crazy person in order to turn one of these down. Don't be a crazy person. 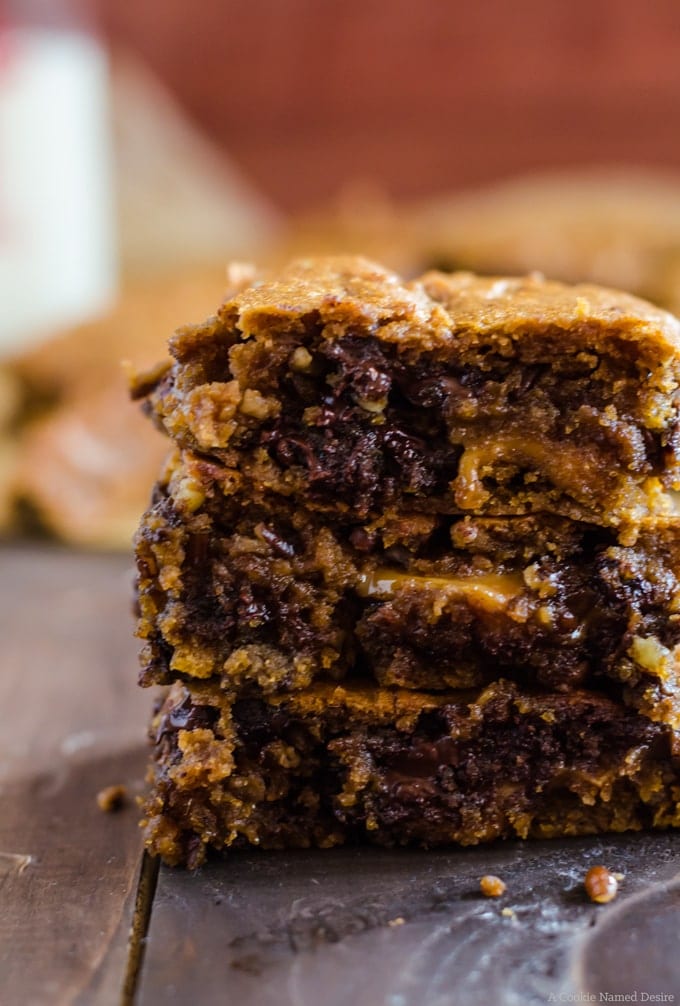 I don't mean to sound over confident or anything, but I think this is the kind of the best pumpkin recipe for someone who doesn't like pumpkin. With this blend of pumpkin, chocolate, and caramel, it pretty much guaranteed to convince anyone that they love pumpkin. So go ahead and get your fat pants on and make some chocolate chunk caramel pumpkin blondies. 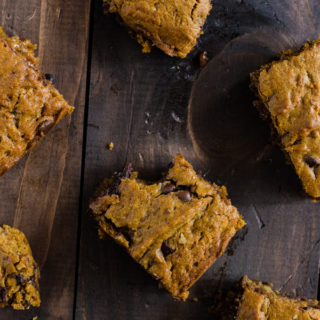