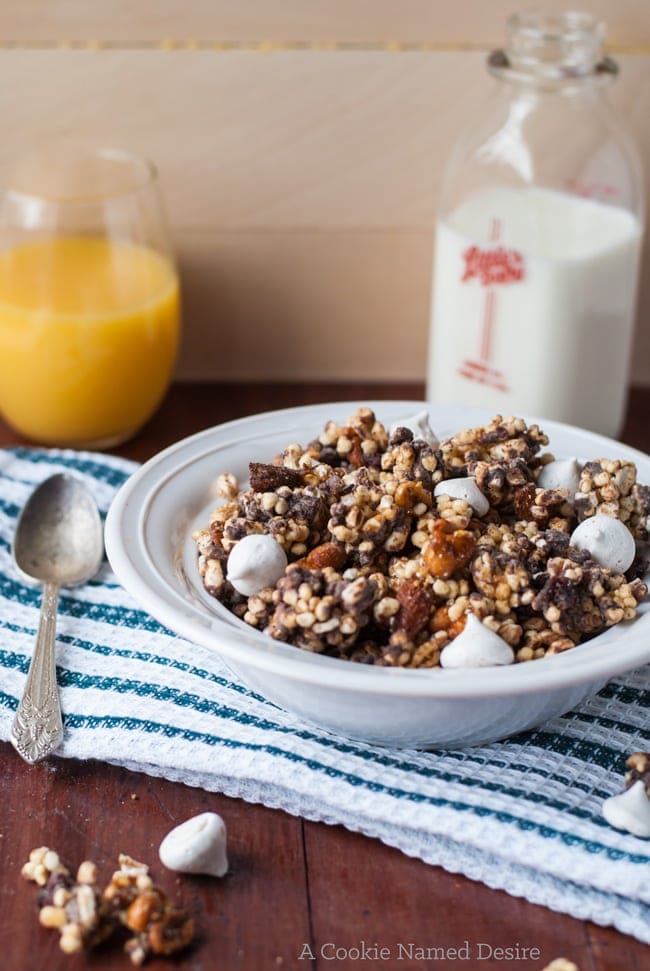 Back when I was living in London with Vlad, we had his two children on the weekends. Vlad was never really into breakfast early in the morning and usually opted for a coffee and a cigarette or two. When the kids were over, he wanted to spend every moment he could with them, so he would sit down with them while I was still asleep to have cereal with them. Being the anti-breakfast person he is, he didn't know what kind of cereal to buy them and knew enough to stay away from my muesli. Before I came along, he would buy plain corn flakes for the kids. Boring!!! I insisted we buy something fun they would enjoy, which was usually something very chocolatey with a few nuts thrown in - you know, to keep things healthy. 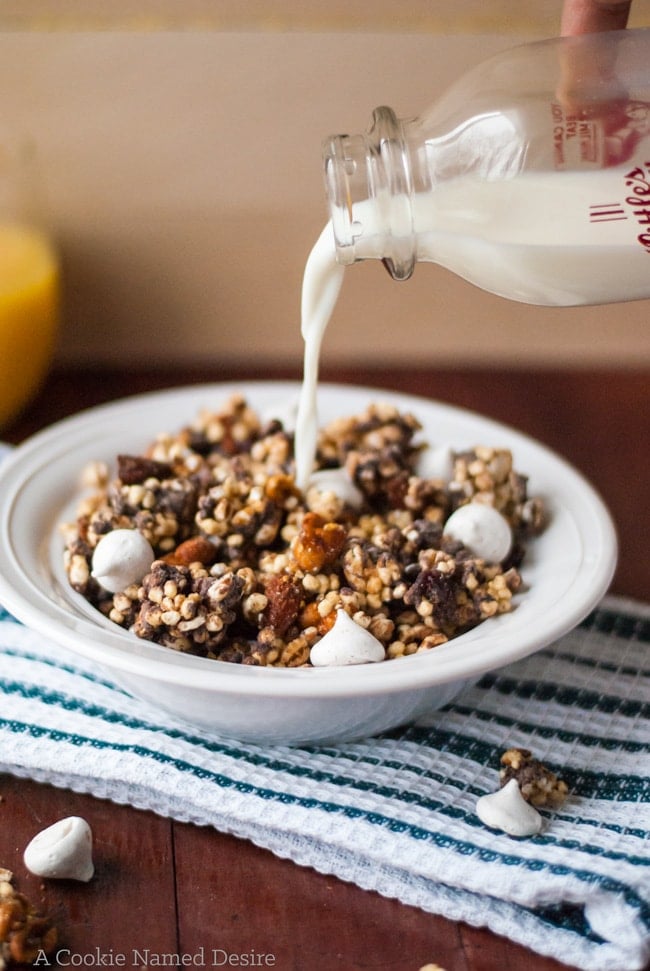 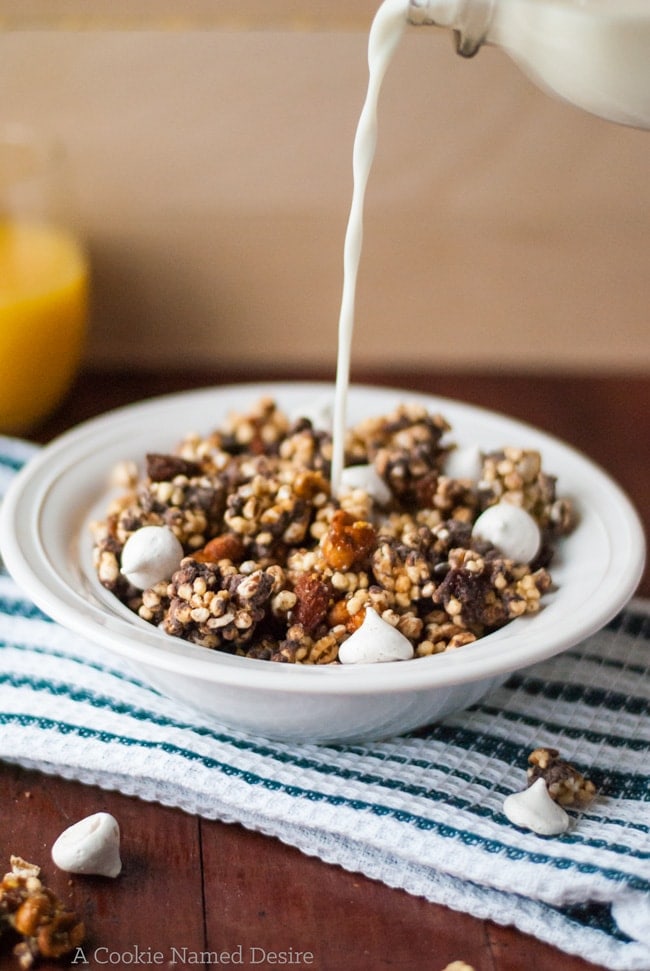 This is definitely the kind of cereal I know the kids would have loved back then and even more so now that they are older. His eldest daughter is already 12!!

This recipe is from the Dominique Ansel cookbook with some slight adaptations. I took out the corn syrup and replaced it with honey to keep things a little healthier, and also mixed up the puffed cereal I used a bit. I also added in chestnuts to the mix of nuts because I wanted to keep with the spirit of winter, but you can take them out if you'd like. What I love is that they get a little chewy - more like nutty raisins. And of course there is a nice helping of cinnamon because there is no spice that screams winter like cinnamon. 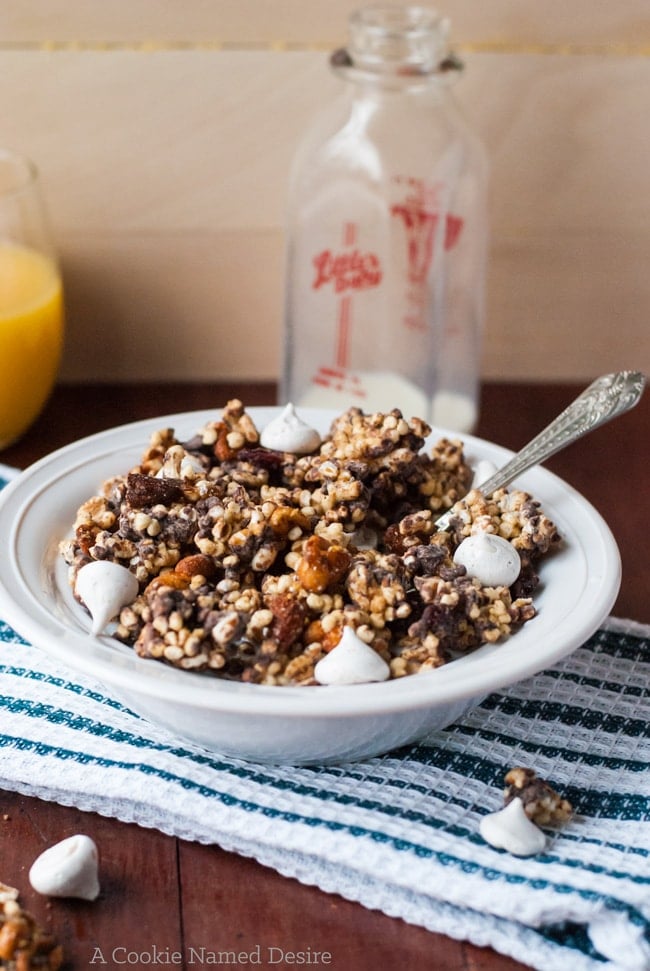 I also used two types of the meringue kisses: chocolate and hazelnut, but you can use any type you want. Make sure you pick the smallest of the meringues for the cereal just to avoid large pieces in your cereal bowl. You can always crush up  larger meringue kisses a bit which helps make the milk nice and sweet. 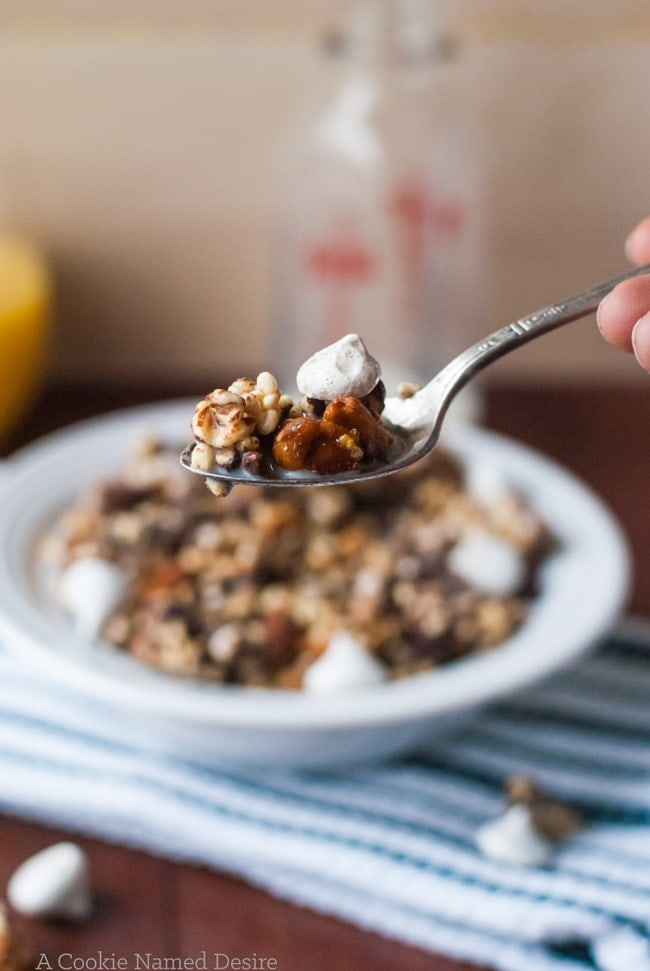 I will warn you, between making the meringue and the general process of making the cereal, it does take a while to put everything together. I recommend spending a weekend like I did making the cereal. I spent Saturday making the meringues, then started the cereal that evening. Sunday morning I tossed everything together and added the final touches so I was able to enjoy a nice large bowl of cereal Monday morning. The finished recipe makes enough to last you a while. I emptied a giant family-sized box of cereal and filled it with this and still had to use another container. 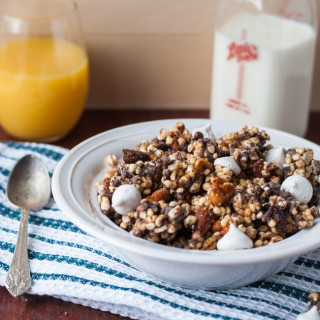 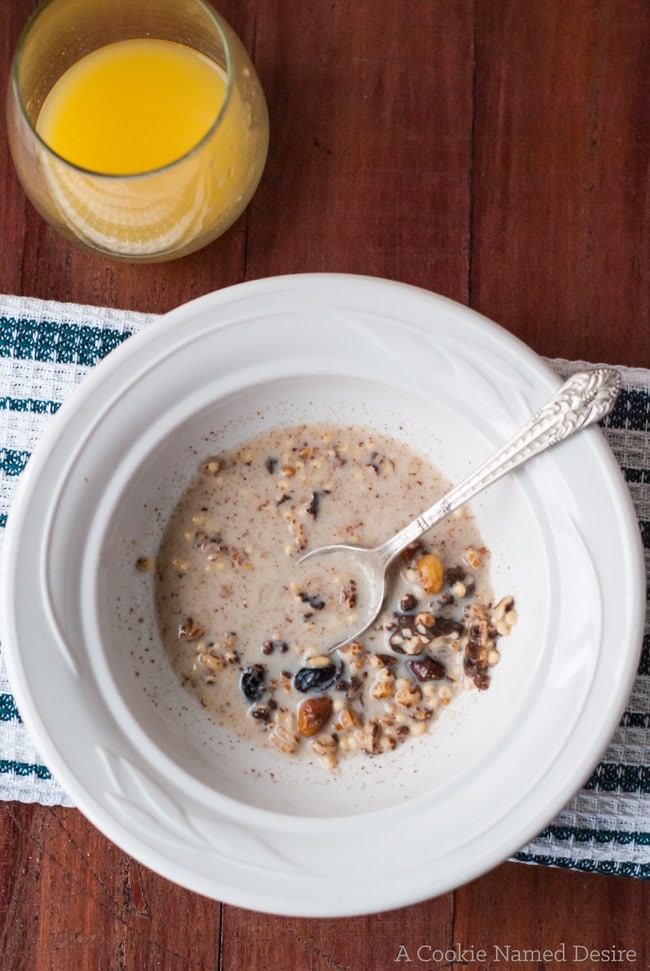