Fudgy raspberry brownies that are irresistibly chewy with bursts of raspberry in every bite. Guaranteed to become your new favorite brownie. 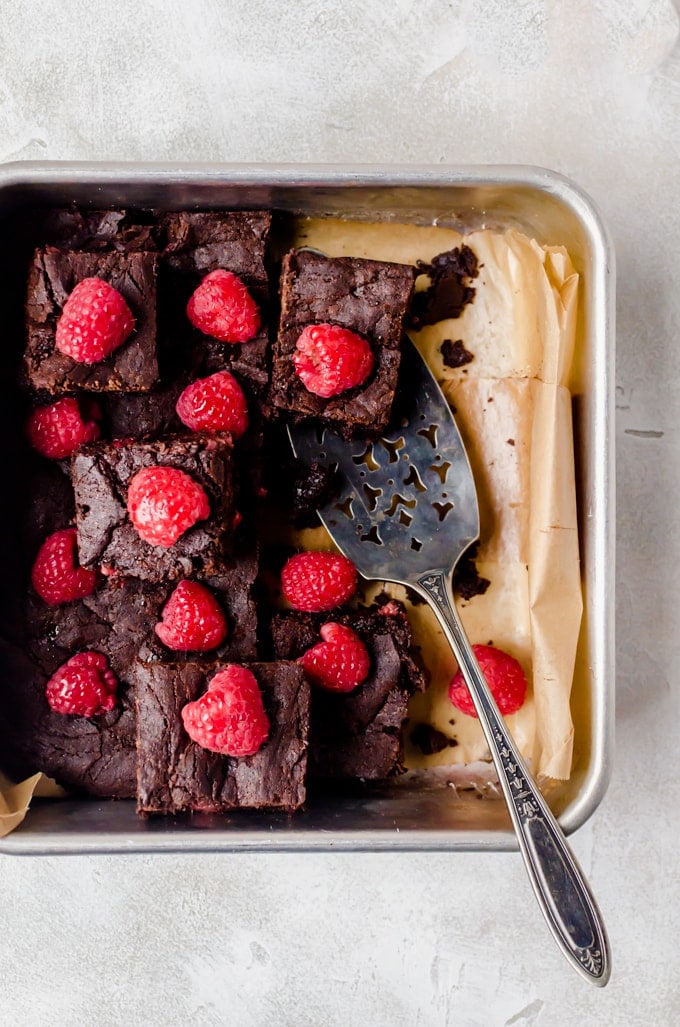 It's been a while since I've had a batch of these raspberry brownies and I needed to have some in my life asap. While I was at it, I decided I may as well revamp the recipe I had on the site so you can see better pictures and the slight improvements I made to the recipe. 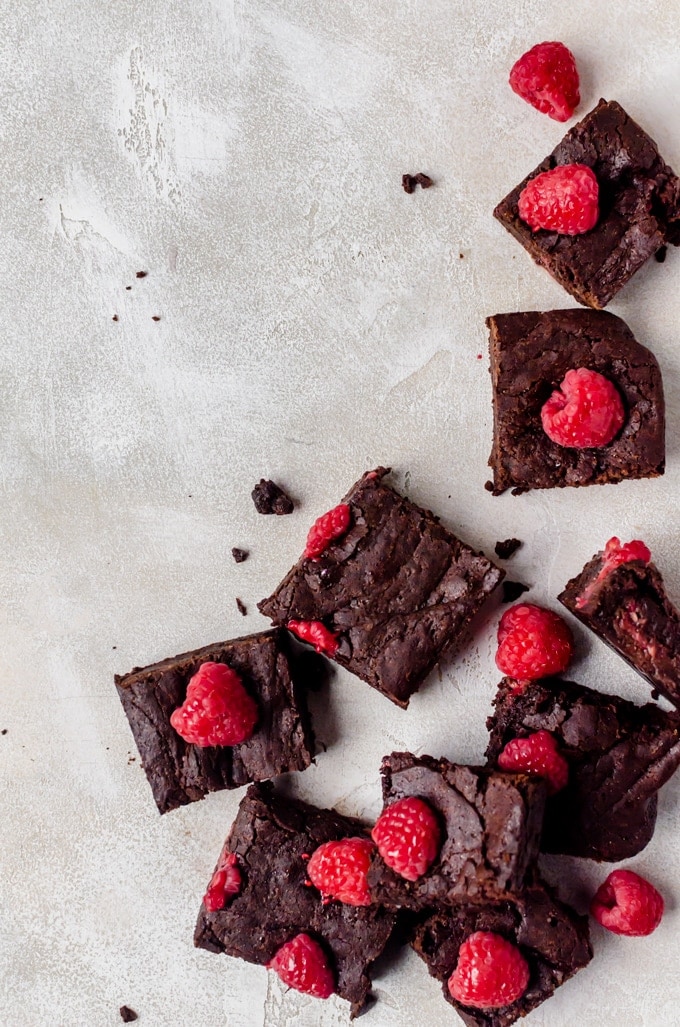 I also tested a theory with how to mix your brownies in the past, I only just mixed the brownie batter so the flour was mixed in. This time, I gave it a more vigorous mix. This is to activate the gluten and is supposed to give the raspberry brownies more chew. I absolutely love this method and it works amazingly well.  I will definitely be adding this note to my chewy brownies recipe. 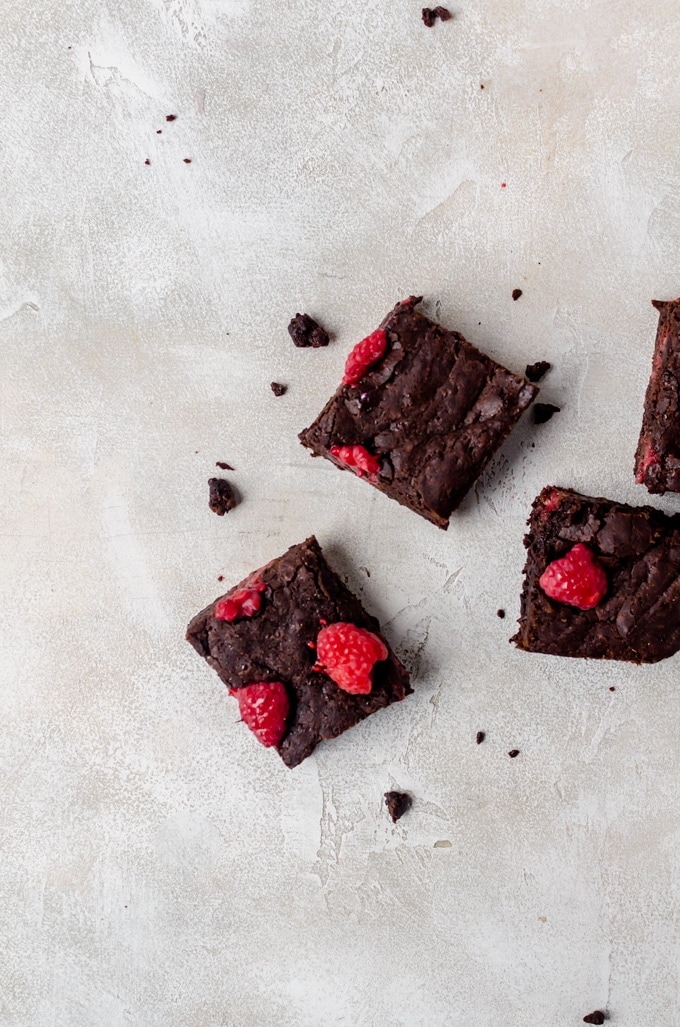 These raspberry brownies would make the perfect Valentines' Day dessert for anyone who loves berries and chocolate (and who doesn't love that combination?). Top it with a heaping scoop of ice cream for an even more amazing treat. With extra chocolate sauce and raspberries on top of course! If you really want to get decadent, you can cut them in squares to make a parfait or to blend into a milkshake. You really can't go wrong!