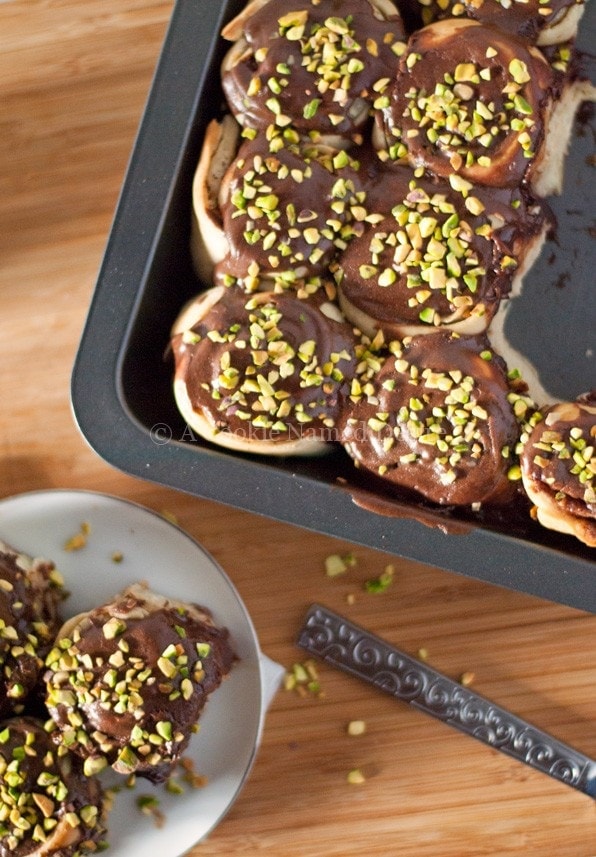 It's no secret that breakfast is my favorite meal of the day. Most of the time, I try to sneak in breakfast for lunch and dinner whenever I possibly can. For years, my family's favorite thing to make during the weekend were cinnamon rolls. Usually, it was just the canned kind, but oh man, it was so good. These days, I crave a more flavor variations, so I prefer to make my own.

This recipe is super simple, isn't heavy on the ingredients, and the taste.... well, it's pretty much perfect. 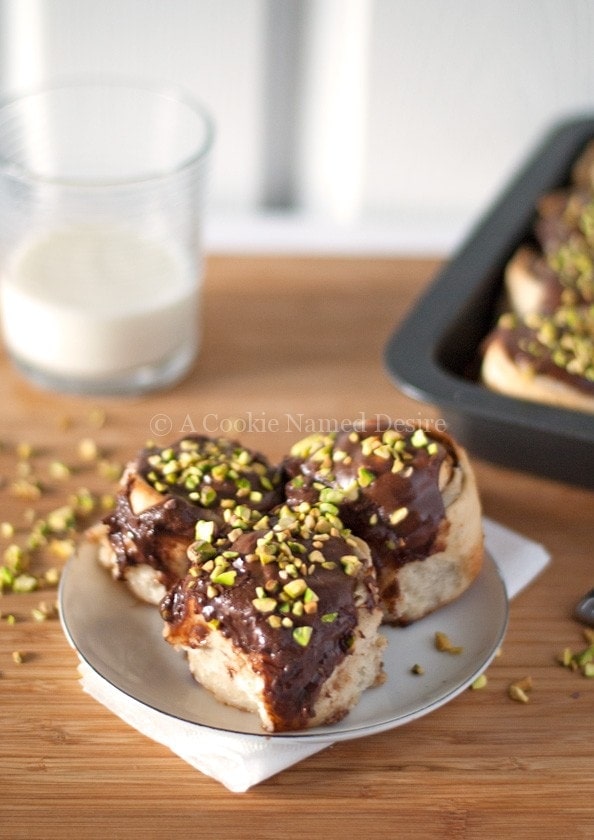 These pistachio and chocolate cinnamon rolls are soft, fluffy, nutty and so addictive. I especially love to experiment with the chocolate glaze. Sometimes I will add orange zest or replace some of the heavy cream with coffee (ohmygosh, so YUM!). When my daughter was too young to eat "grown-up food," I would replace the cream with Baileys. Try that at least once. Please!

Studies (I don't know which ones!) say that if yourself a little indulgence in the beginning of the day, it will make you less likely to indulge later in the day. It is recommended that you have a bit of chocolate, or a bit of your favorite treat in the morning. These rolls definitely fit the bill! 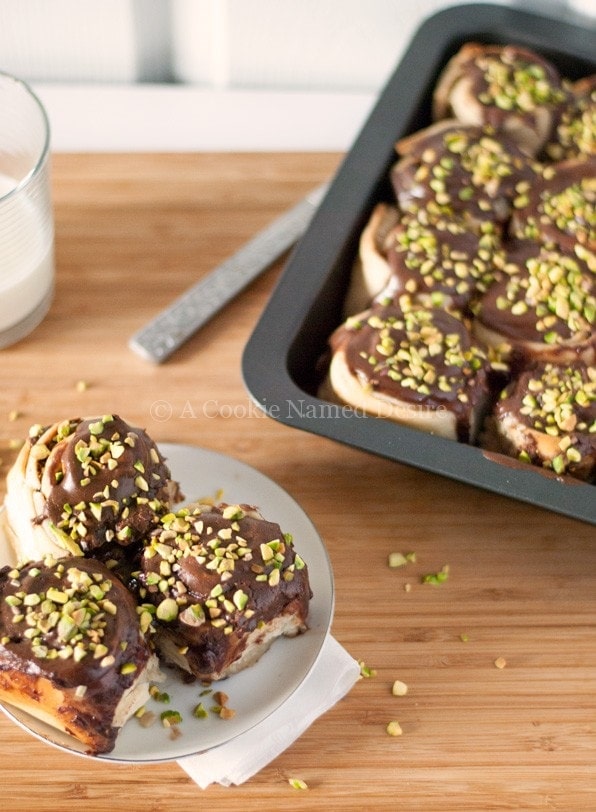 Plus, the pistachios are the perfect addition to the rolls to add a little bit of crunch and a gorgeous pop of color. (I don't know about you, but I love crunch. And that bright green color against the chocolate! Gorgeous!). I don't cook with nuts often because they always seem to be way overpriced at my grocery stores? Anyone else have this problem or can recommend a cheaper place to buy nuts? Anyway, these cinnamon rolls are seriously delicious, so I don't mind splurging on some yummy pistachios!

Enough of me rambling on. Go on and make these cinnamon rolls and enjoy your breakfast! 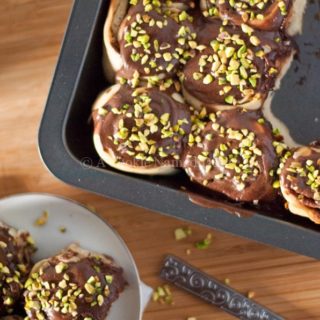 For the chocolate icing