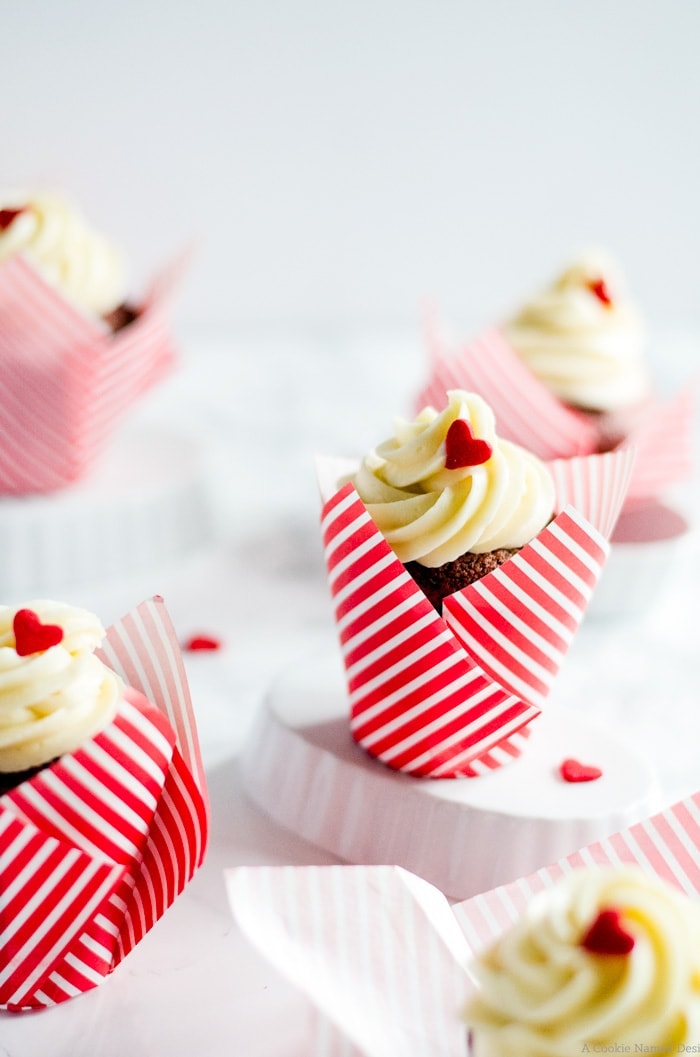 I've always been a fan of using natural ingredients whenever and where ever possible. I've always loved the idea of beet red velvet cupcakes, but I never actually tried making them before now. I've had baked goods like breads and cakes with beets, but using it as a coloring agent was entirely new to me.
And as it turns out, a real science.
Of course, all baking is a science, but it's never been more apparent than when I started devloping this recipe for beet red velvet cupcakes (okay, may macarons also made that abundantly clear to me too). It took me five batches of cupcakes to get this recipe right. That's five dozen cupcakes. That's a lot of cupcakes to have to eat through. Thank goodness for friends! 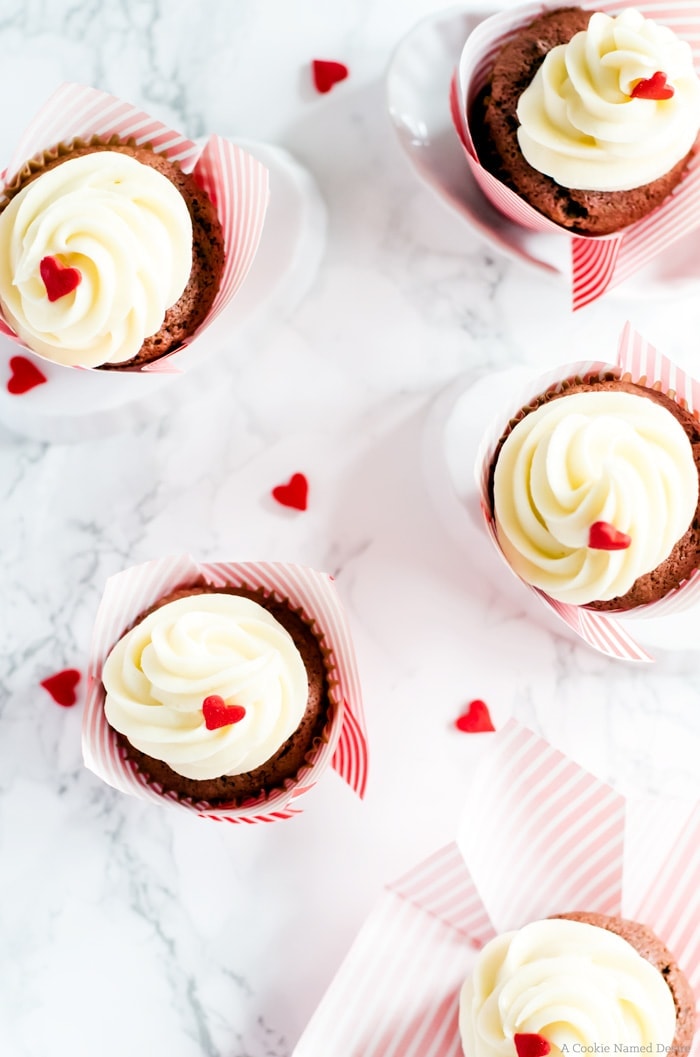 The first time, I completely forgot the principles of baking and made a regular red velvet the way I like them and just added reduced pureed beets instead of the food coloring. Big mistake. They tasted amazing. Like.... really good. But they weren't even a little red. They were like a rusty brown color. The second and third time I was close, but the cupcakes were mostly red on the top, brown on the bottom, and smelled like beets. They didn't taste like beets, but you could smell them. Who wants to smell beets when eating a cupcake? Not me! Plus these were all way too greasy. As in, the liners were just too greasy to touch. Ew.
Finally, finally, I found the perfect balance. They are redder on the top, but still fairly red throughout and you would never know beets were in the cupcakes at all. Instead, they were light, fluffy, and full of non-beety flavor.
So no matter how you feel about beets or food coloring, you've got to try these beet red velvet cupcakes. I mean, they've got beets in them, which basically means they are a health food which means it's totally okay to have about four of them. And who doesn't want that? 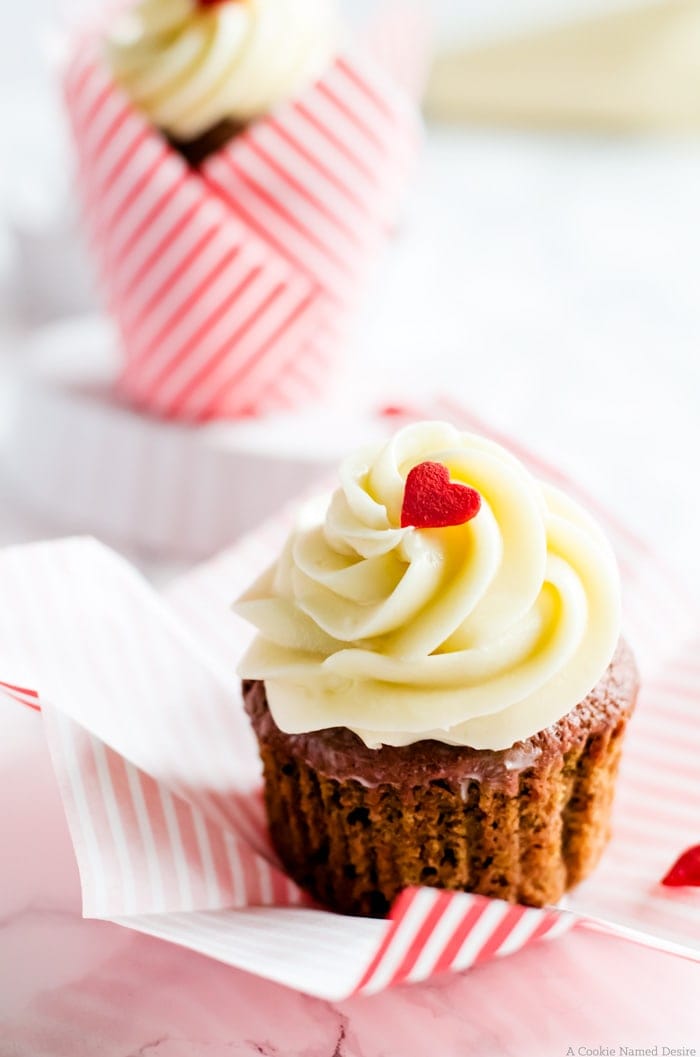 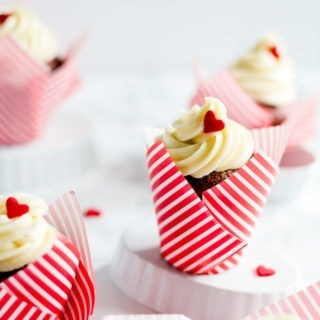