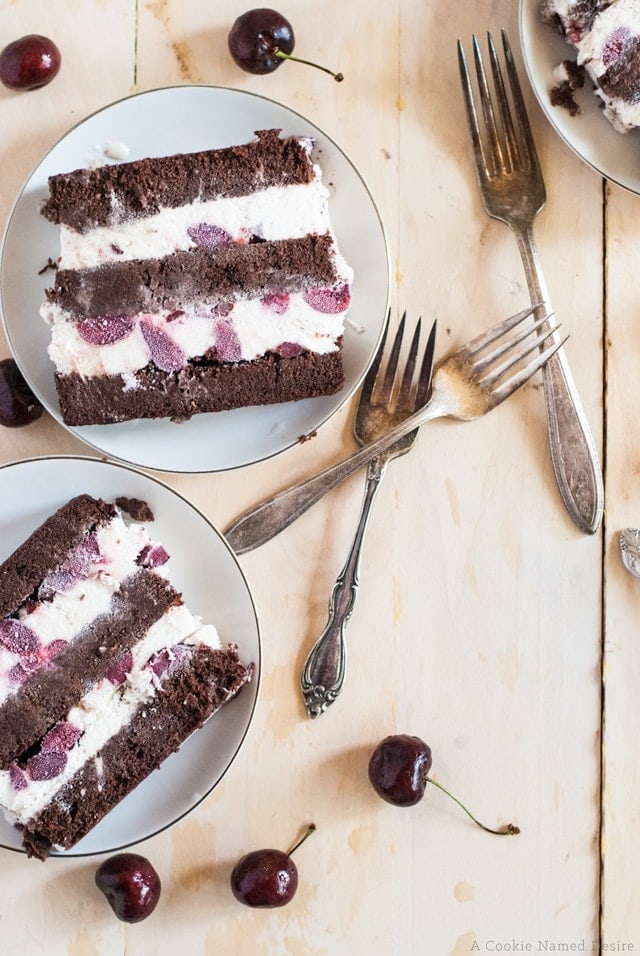 Yes, more ice cream, but I'm also giving you cake, so that's something, right? This isn't just any ice cream or cake though, this is Black Forest ice cream cake. That's right, Black Forest cake made all nice and perfect for a hot summer day by adding ice cream. 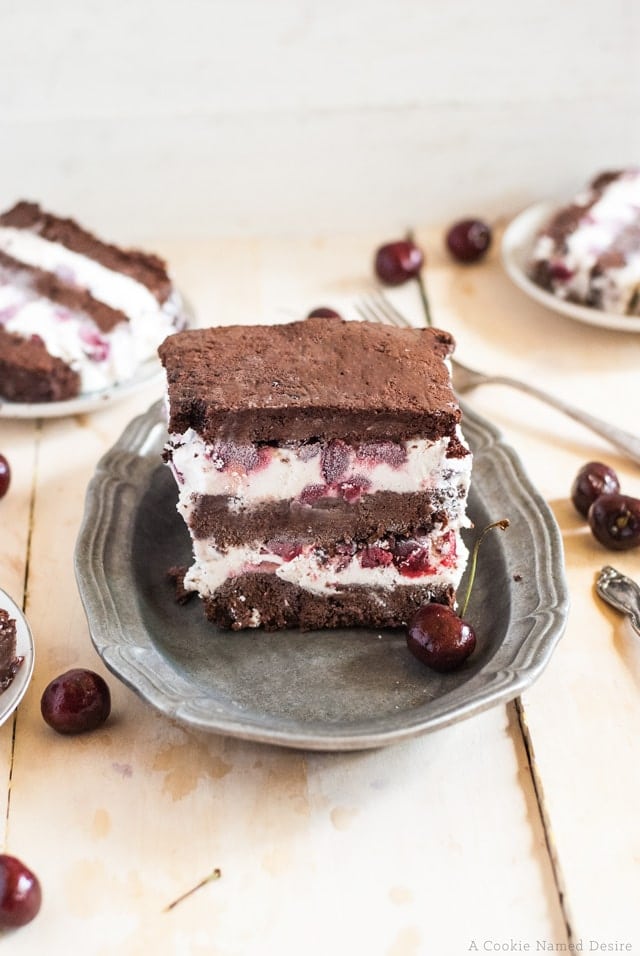 If you follow me on instagram (and hello, why wouldn't you? All I do is share delicious food porn!), you know I've been talking about this cake for a while now. It's been my big indulgence this week, what with me getting back on track with my health. (Again, if you follow me on insta, you'll get to see how I'm bringing balance back and what yummy healthy things I am eating when not going to town on some Black Forest ice cream cake) I really can't get enough of this cake. It's been taking so much self control to not eat like two or three slices a day. I'm telling you, I've got some real will power going on! 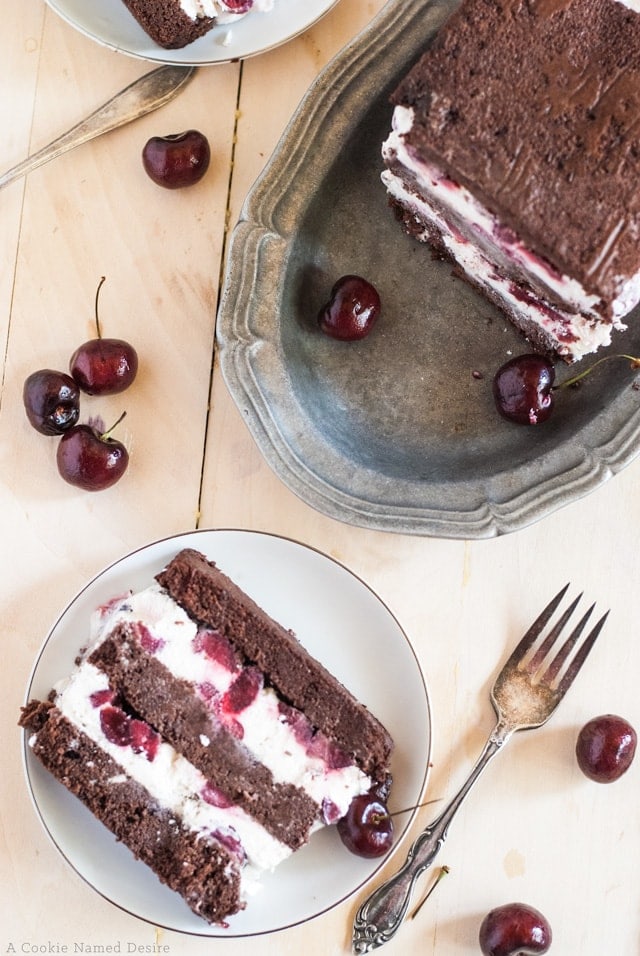 I made a simple chocolate cake that is almost like a brownie in its chocolaty richness and brushed the top with kirsch, which is a cherry liquor. You might not find anything that says kirsch, but it should at least say brandy cherry liqueur, which is the same thing. I also made a vanilla, cherry, and kirsch ice cream. Feel free to fold in the kirsch and cherries into store-bought ice cream to save you work, but the homemade ice cream has a much nicer texture and flavor with this cake. I also sweetened fresh whipped cream with more kirsch instead of sugar. If you love Black Forest, I just know you are going to love this version. 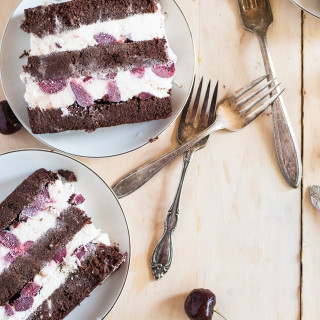 For the Ice Cream

For the Whipped Cream

For the Ice Cream

For the Whipped Cream