These cinnamon bun scones are simple, healthy, and will make your Monday's infinitely better. Tempted yet? 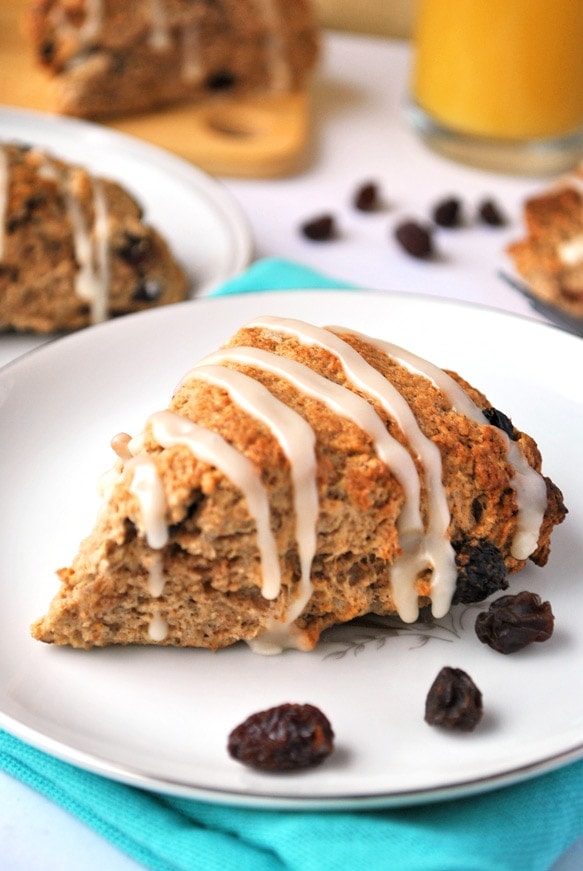 One of my favorite breakfasts is a scone with a hot cup of tea. It makes me feel like a proper grown-up having a sophisticated breakfast. I picture myself with a cute plate, cup, and saucer,  gracefully sitting by the window. In reality, I usually end up eating my scones in the car on the way to work while grumbling about how early it is, and forgetting my tea at home. Close enough. 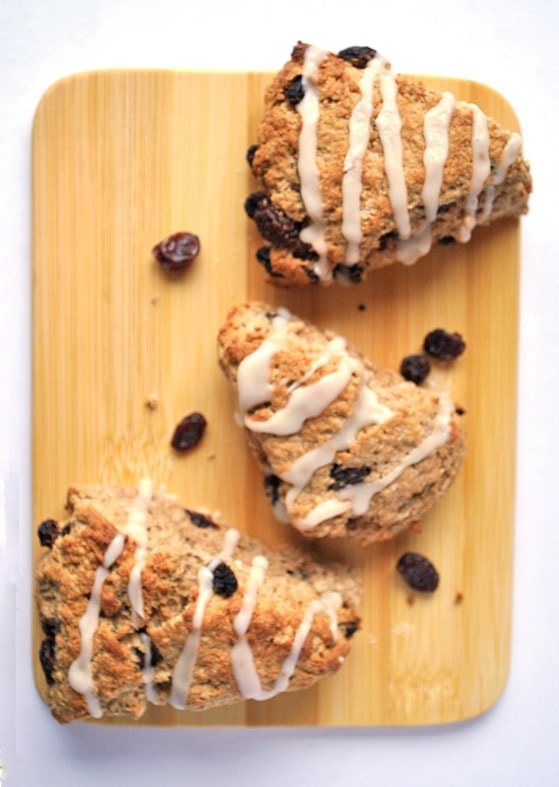 Scones are also a perfectly acceptable breakfast that can be considered moderately healthy when using whole wheat flour. Plus, cinnamon bun scones are a lot healthier than actual cinnamon buns,while keeping all the flavors in tact. I mean, what is the point of a healthier alternative if it doesn't have the same delicious taste? It's just a waste of ingredients if you ask me. 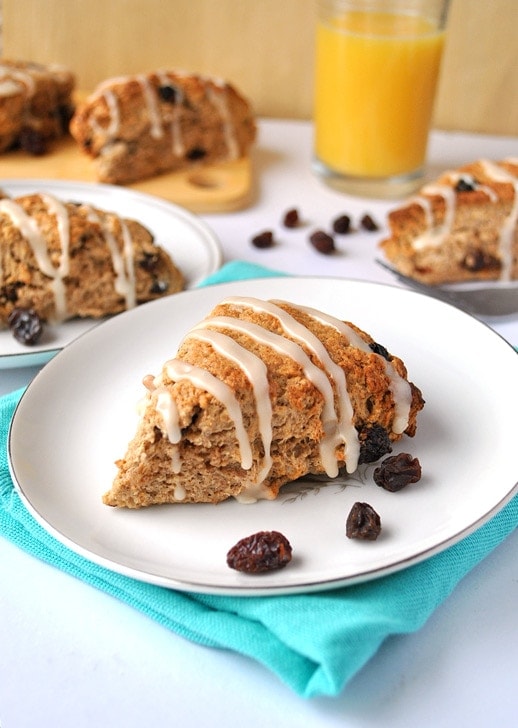 You will love these cinnamon bun raisin scones because they are delicious AND crazy simple to make. They are even kid and mess-friendly, so who can say fairer than that?

What makes them so delicious? Well, these scones have the perfect amount of sweet butteriness (that's my new word of the day, like it?) and the right balance of cinnamon and glaze to remind you of an authentic cinnamon bun. Also, you get to taste juicy raisins in every bite bite. Did I mention the raisins are re-plumped with a cinnamon-infused water so you get an extra dose of spiced goodness?! 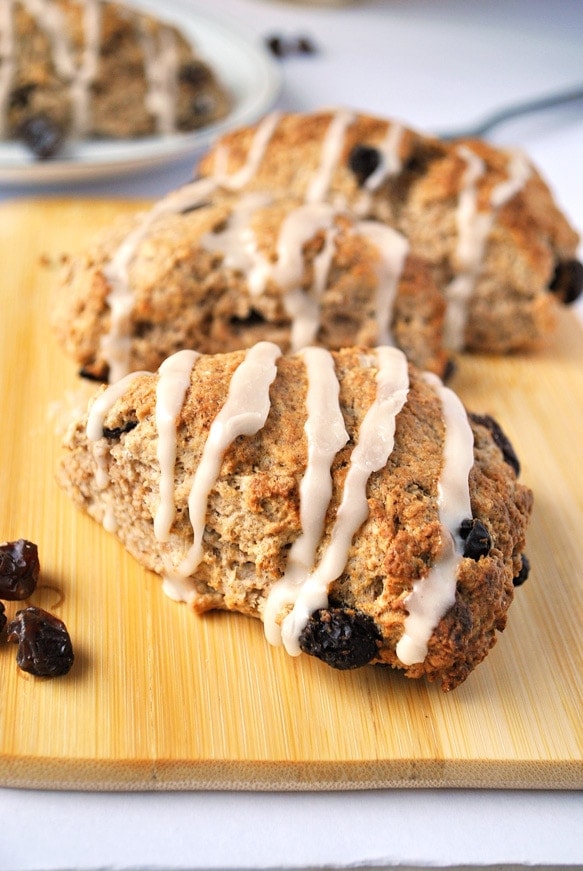 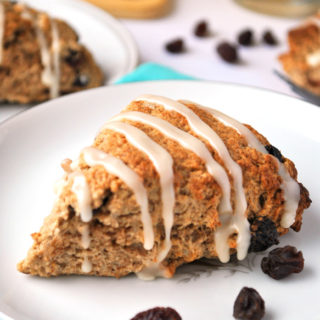