Light and fluffy hummingbird cupcakes topped with an irresistible cream cheese frosting. There is no way to say no to these beautiful twists on a classic. Don't have time to bake cupcakes now? Pin it for later. 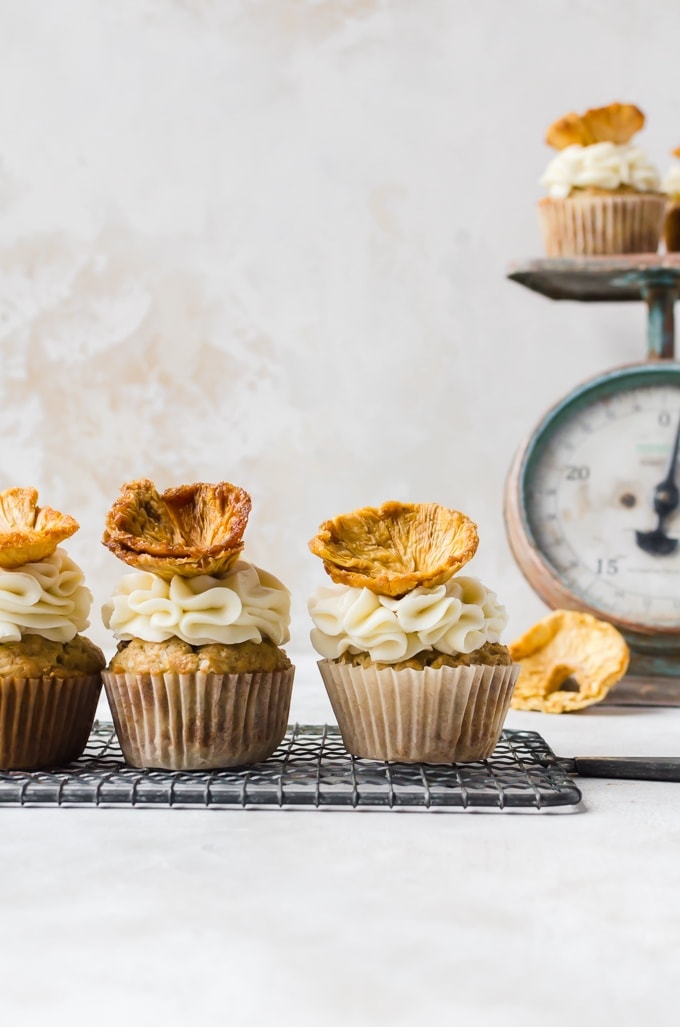 Hummingbird cakes have been a favorite of my grandmother's since she was a child. Her family never had a lot, so on the rare occasions her mother did make one, my grandmother and her siblings fought over every last crumb. From what I understand it was bloody and quite possibly the true start to World War I. Growing up, she would make it often for special occasions and remind us of how much she loved it. I devoured it as a kid when she made it. After I left home for college, however, I seemed to have forgotten all about the cake until very recently. 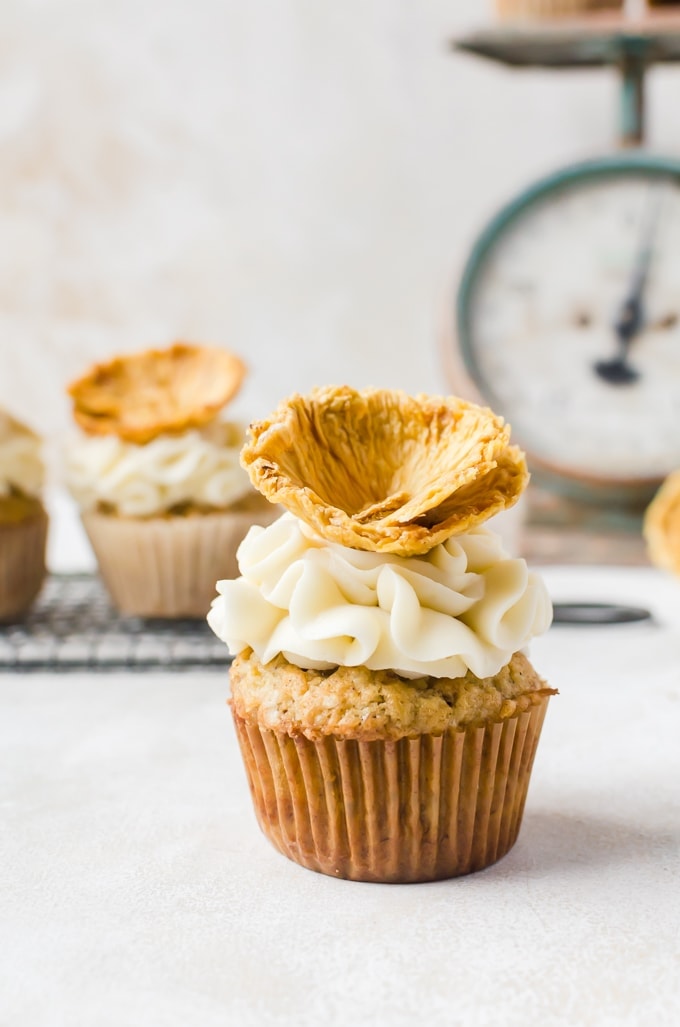 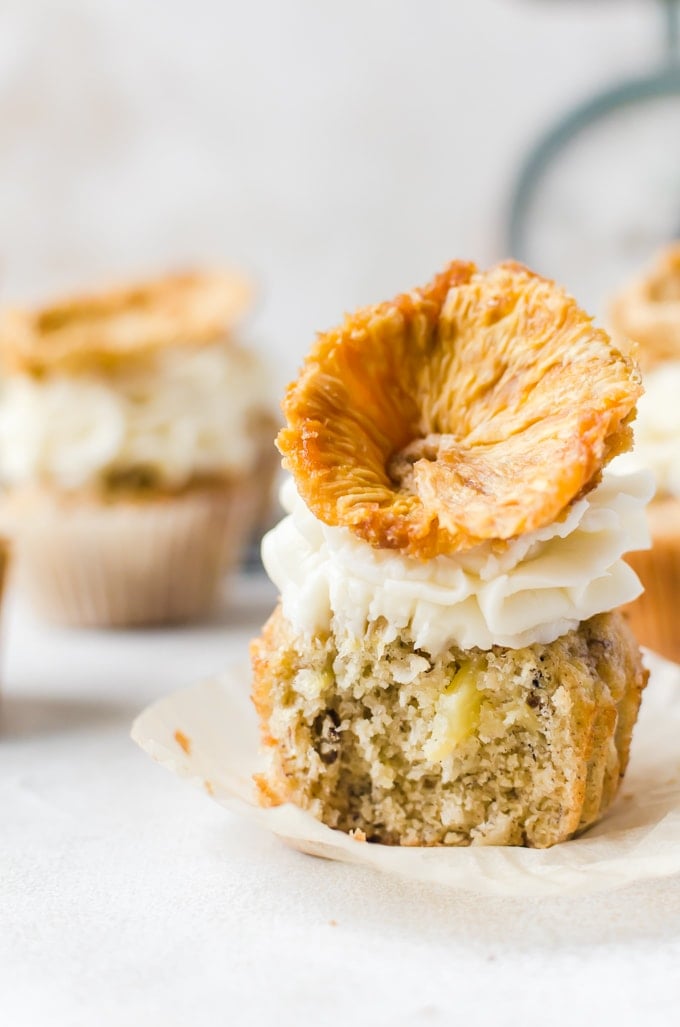 If you want to freeze your hummingbird cupcakes, I recommend doing so before you frost them. You can also freeze the frosting in an airtight container. To thaw both, I recommend heating the cupcakes in a 300 degrees F oven for about 5-10 minutes. You can thaw the frosting at room temperature for about 20 minutes. To make the pineapple flowers, use unsweetened dried pineapple rings. Make a single cut so that you can roll up the rings like roses. Press them down well. They will eventually uncurl a bit, but will stay formed into nice little flowers.

Want to make these hummingbird cupcakes another time? Pin it for later!