There is nothing better than a jumbo cherry rhubarb cupcake 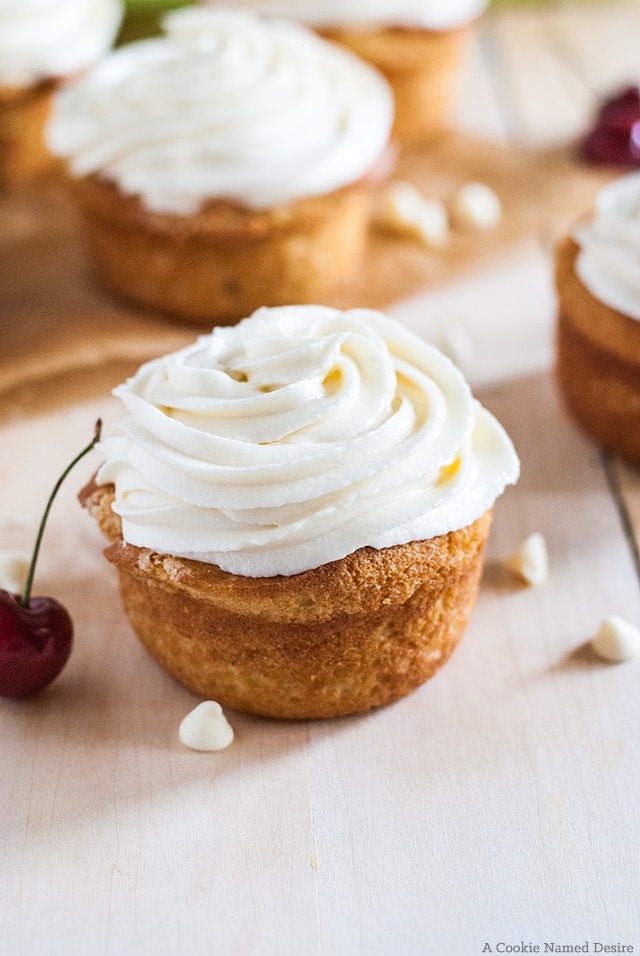 Late June is always hectic birthday-wise We had my sister’s birthday on the 18th and today is my mom’s birthday. In two days it will be my baby cousin’s birthday, then in a couple of weeks it will be my birthday. Lots of birthdays means lots of time in the kitchen. Since there is already an abundance of cake, and more to come, my mom always opts out of a birthday cake.

Still, I wanted to make her something for her birthday and these jumbo cherry rhubarb cupcakes with white chocolate frosting do the trick just fine. I wanted to say something about my mother’s birthday here, but she made me promise to not say anything that might indicate her age. Let’s just say she is not aging as gracefully as I thought she would. 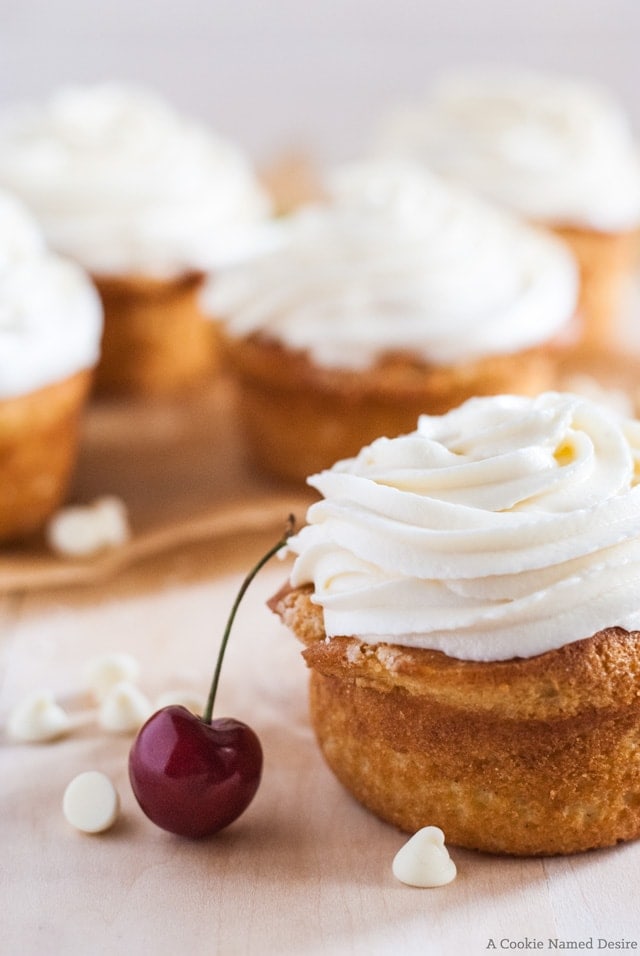 Speaking of rhubarb, I have something I want to confess. After a couple of years, I’ve finally come to accept the fact that my rhubarb… is green. It’s not that vibrant reddish pink rhubarb you usually find in the stores and farmer’s markets.

The fact that it is that there are several types of rhubarb ranging from green to red. I was in denial for a while because I was sure I bought a red variety and was convinced my rhubarb was green only because I was doing something wrong.

I went through all the stages of grief and am now finally accepting the fact that I have green rhubarb and it is just as delicious as any other rhubarb. 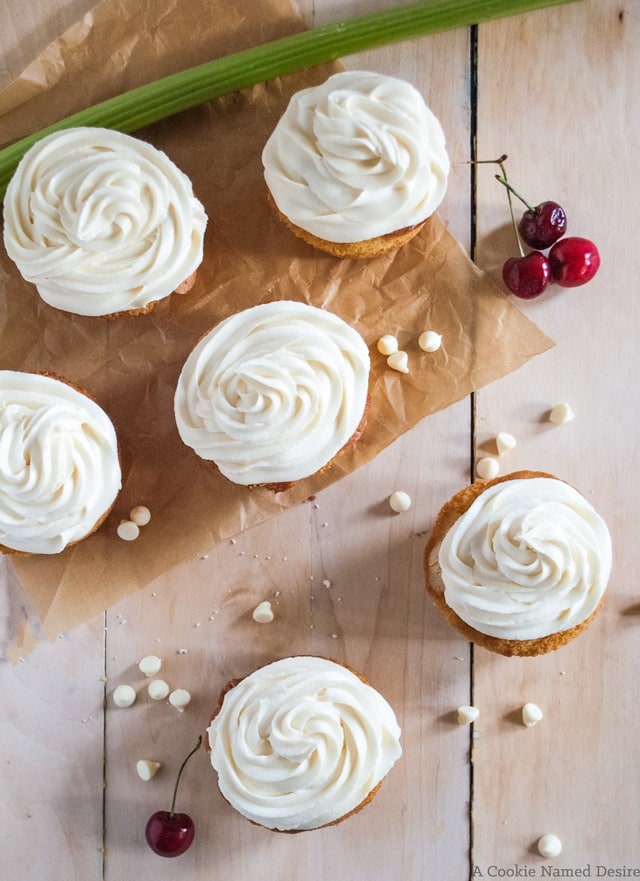 We recently went to our local farm to pick cherries and had a blast. We really go overboard with the fruit because it’s so fun picking them off the trees. I decided to pair them with the rhubarb to create a delicious sweet-tart compote to fill the jumbo cupcakes. It’s the epitome of summer goodness.

If you don’t want to make jumbo cupcakes, you can easily make these into regular cupcakes – I actually used my favorite cupcake recipe that is often featured here on the blog. Just reduce the baking time to 15 – 18 minutes. You may end up with leftover compote. I swirled mine with a bit of the leftover frosting and used it as a fruit dip. 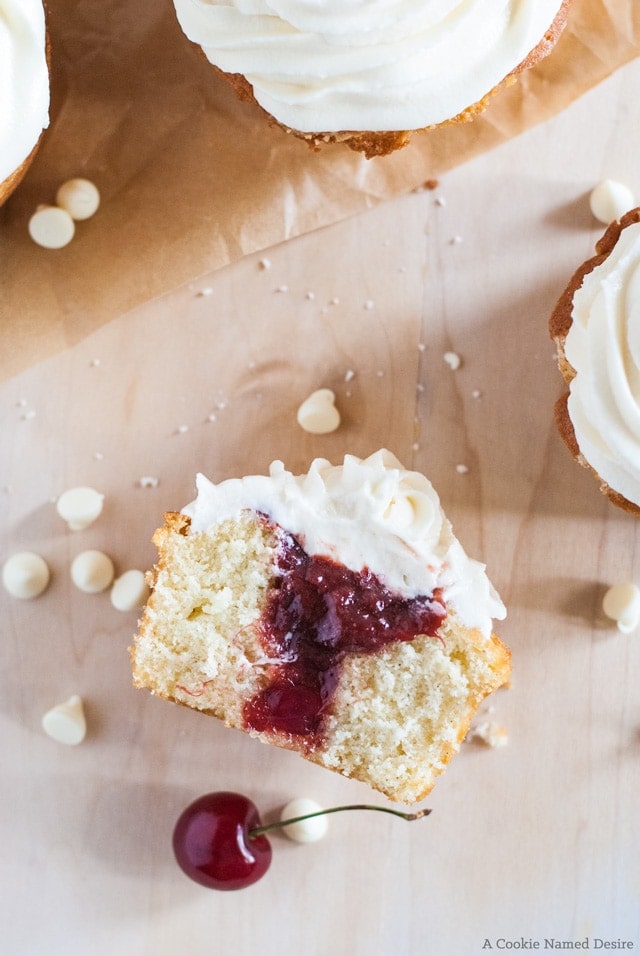 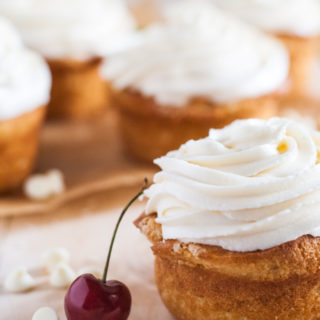 For the Cherry Rhubarb Compote

For the White Chocolate Frosting