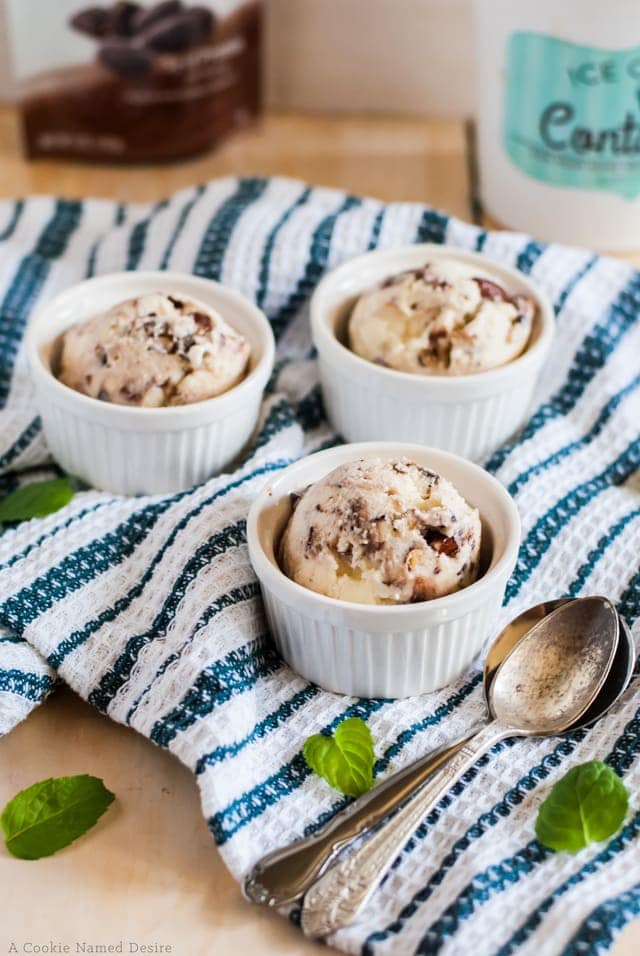 I've been on a serious ice cream/popsicle/gelato/frozen treat kick lately if you haven't already noticed. I will probably be sharing several more in the coming weeks as I have ideas just pouring out of me.

Gelato has always been one of these dreamy summer treats that I absolutely adore. I remember the first time I had gelato my grandmother took me to this small little shop off the pike. You would completely miss it if you didn't know it was there. The only sign was their small neon sign over the window. I had a gelato crema with peaches and the creaminess of the gelato was incredible. It was so wonderfully dense and creamy and melted into the juices from the peach that was just heavenly. From that point on, I was hooked. 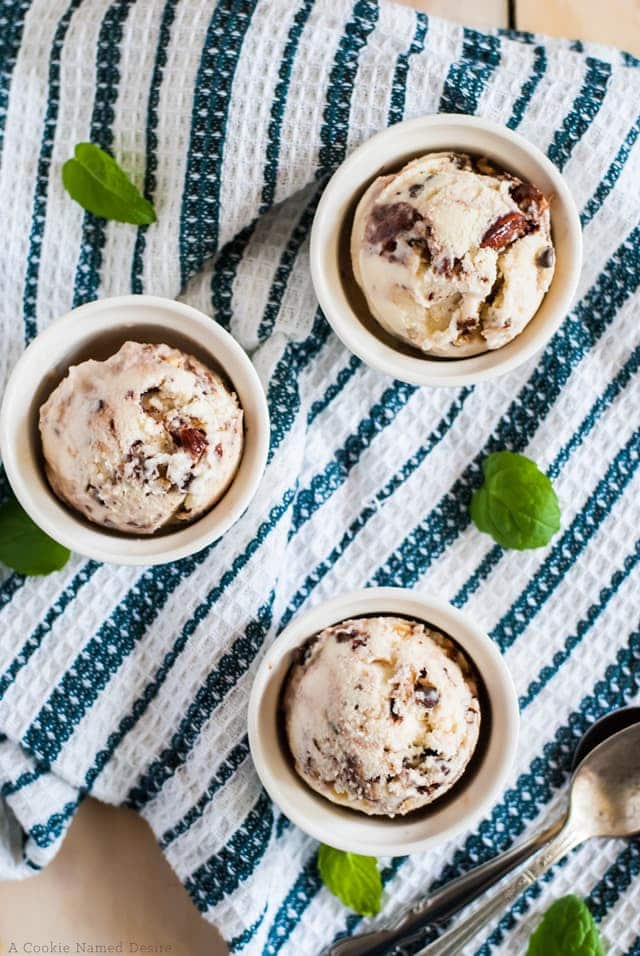 I loved the idea of doing a cold infusion of the mint into the cream to maximize on the multi-dimensional flavors of fresh mint. I did some research and a few chefs recommended seeping the mint in warm cream for about 5 - 10 minutes, or else the mint would begin to release bitter flavors. Jeni from Jeni's Splendid Ice Cream does a cold seep overnight and that is what I decided to do.

Every year I become obsessed with the idea of having a mini garden of fresh herbs, especially different varieties of mint. I've tried growing them from seed, and buying sprouts from the farmer's market. The latter works best for me (you know, before I eventually kill the plant), and this year I got three types of mint: spearmint, peppermint, and apple mint. Apple mint is a new one for me, and I was immediately taken with its fruity characteristics. I used a mixture of all three types of mint to create a unique minty finish the the gelato that is both refreshing and satisfying. If you do not have fresh mint available to you, feel free to use peppermint extract! 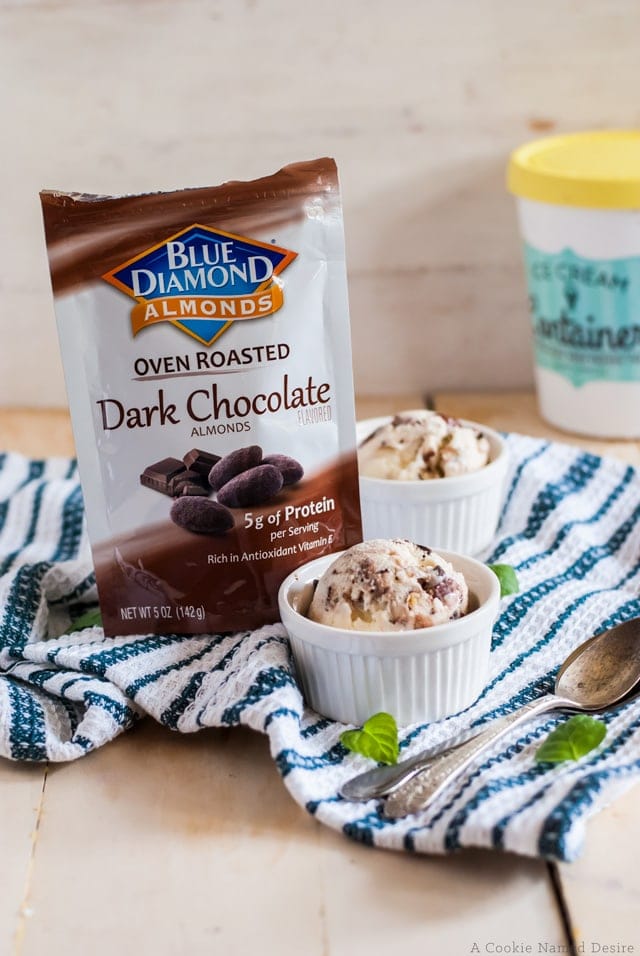 While I love the traditional mint and chocolate combination, I wanted to create extra texture and crunch to the gelato. When I discovered the chocolate almonds, I knew they'd be the perfect add-in. At first, I thought the almonds would be coated in a chocolate candy, this is instead coated with cocoa powder which gives it a more robust chocolate flavor in every almond. It also means it leaves small streaks of added chocolate in the gelato. Score! 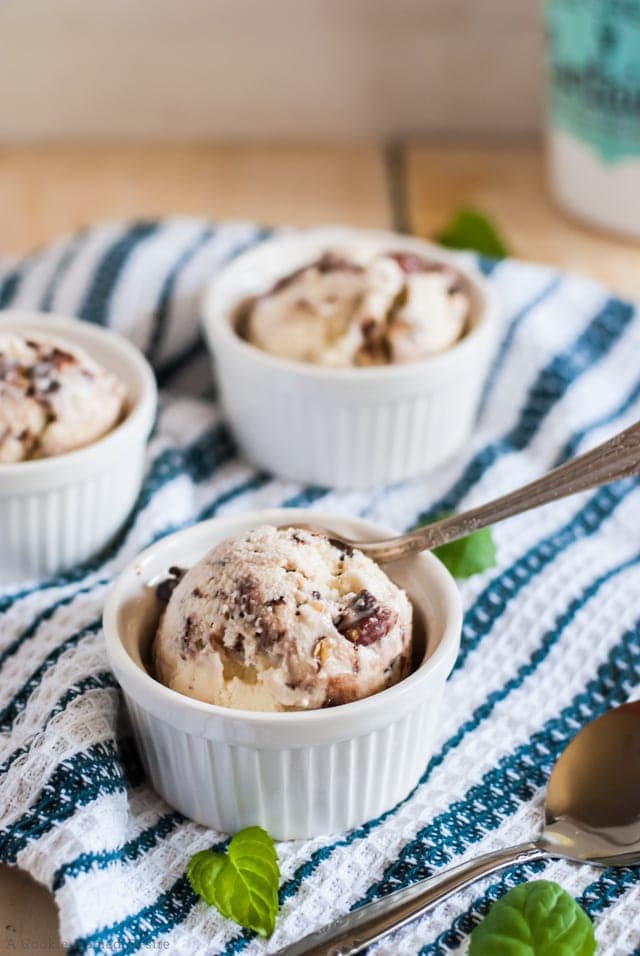 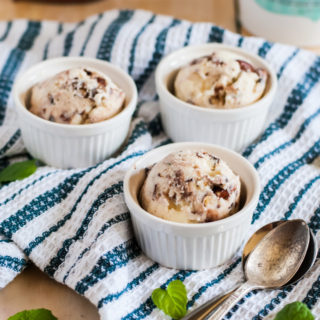 This post was sponsored by Blue Diamond. Posts such as these help keep A Cookie Named Desire going, so thank you foe your support by reading the post. as always, all thoughts and opinions aee 100% my own!