This small batch of Nutella chocolate cupcakes will be your new Valentine's Day tradition. A light and moist chocolate cupcake topped with creamy Nutella frosting and finished with airy raspberry whipped cream. These cupcakes are irresistible. 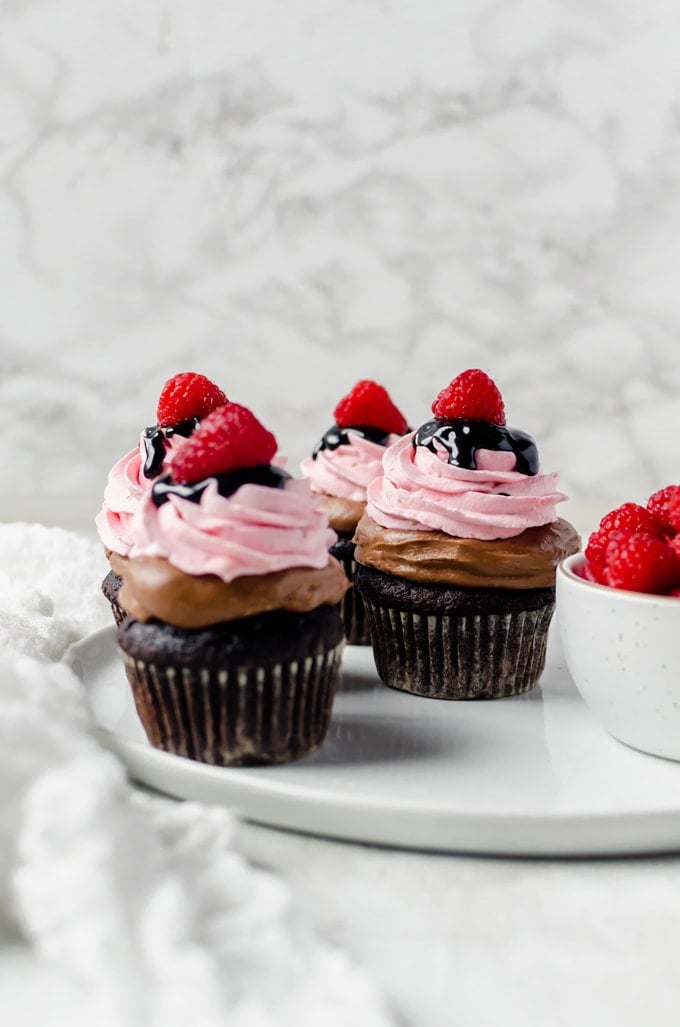 Did you think I would forget about Valentine's Day? Never! I've been wanting to make these Nutella chocolate cupcakes for a while now. I was afraid I wouldn't get a chance to get them up in time, but I managed to just squeak by with a last minute Valentine's Day recipe for you. Which is okay because this small batch of cupcakes is pretty easy to whip up, but totally date-worthy. 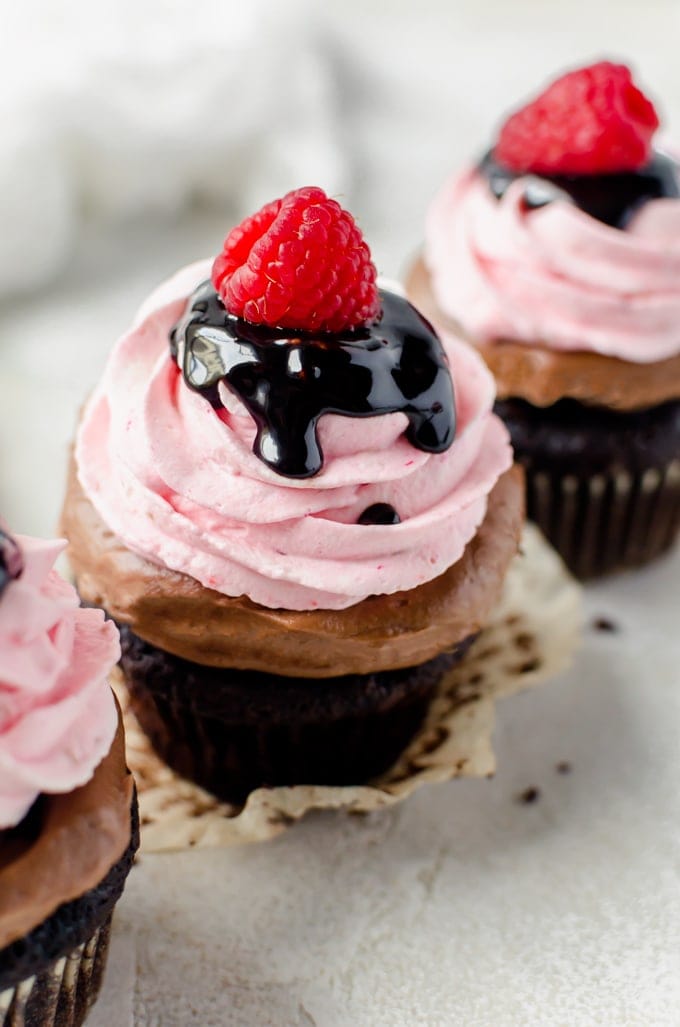 These Nutella chocolate cupcakes are everything. I started off with my favorite chocolate cupcake base which is light and moist. Chocolaty, but not too indulgent. Then I topped it with a creamy Nutella frosting that is just so good, there are no words for it. On top of that I added a generous swirl of raspberry whipped cream which is so airy and light, you could eat it by the spoonful. It's only slightly sweetened by the raspberries without any added sugar so the whole cupcake wasn't overwhelmingly sweet. To end, there is a little drizzle of chocolate and a fresh raspberry. 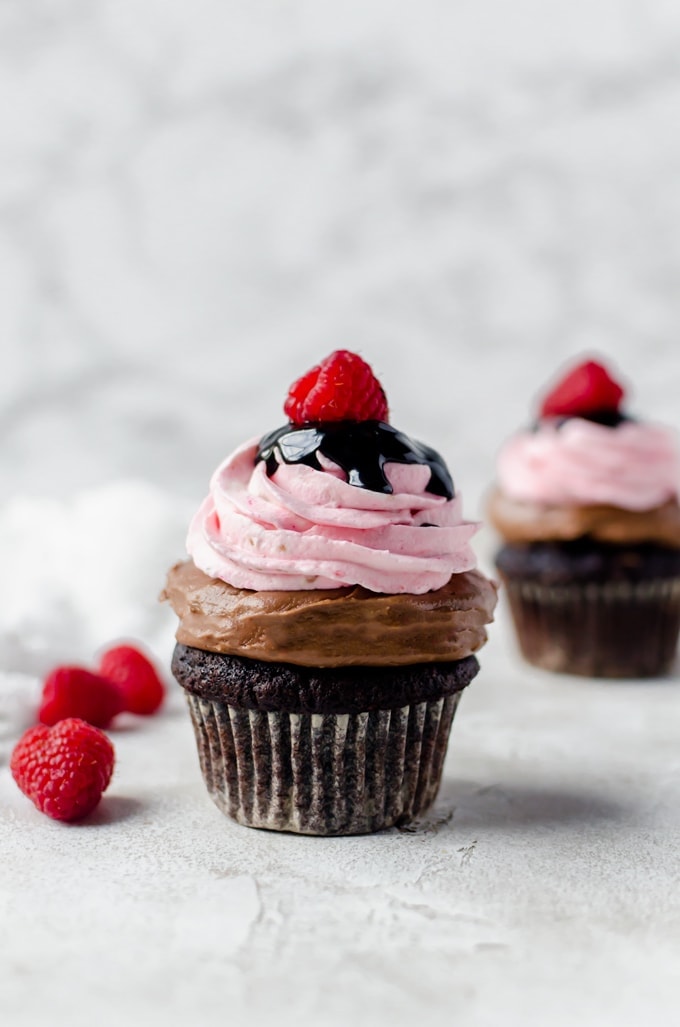 Yeah, it's perfect in every way. And despite all the components, it's actually very easy to make and put together. No stand mixer is even needed! In fact, I believe what makes the Nutella frosting so amazing is that you mix it by hand so there are no air bubbles trapped inside for a creamy smooth consistency. 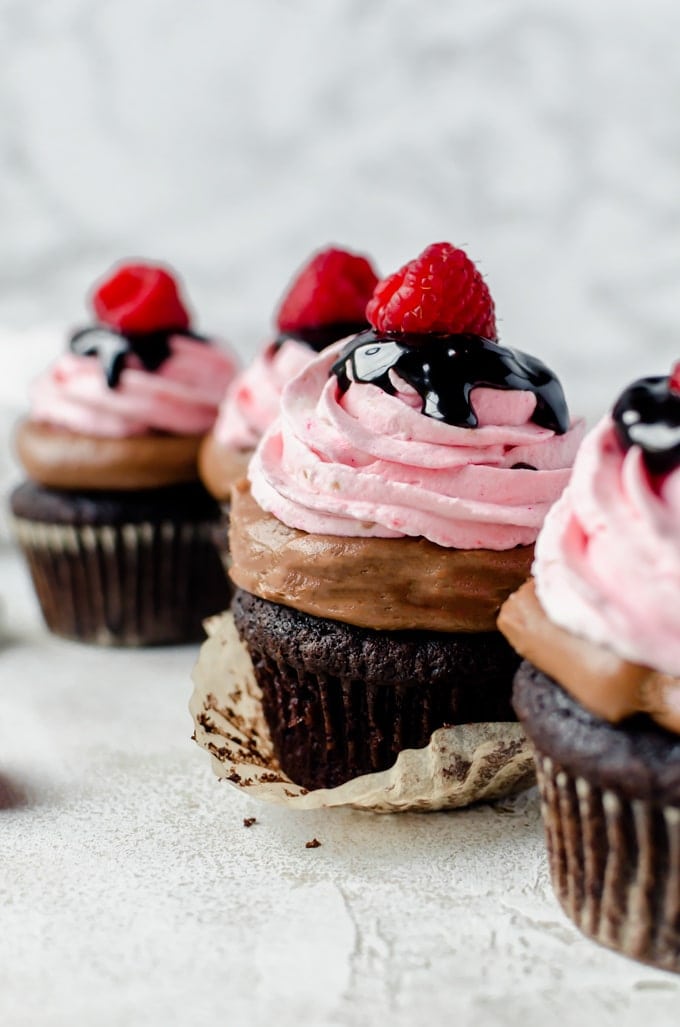 This recipe is made for two people. It makes four cupcakes in all because, let's be honest, there is no way you can stop at just one of these cupcakes. If you find you want to make more, the recipe is easy doubled or tripled, although you would only need to increase the whipped cream amounts by half. 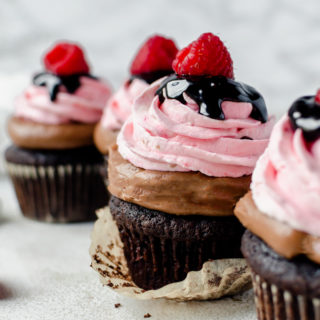