Your favorite summer dessert in ice cream form! This peach crumble ice cream is the creamiest ice cream you will find with fresh peaches and a satisfying, buttery crisp topping folded in. 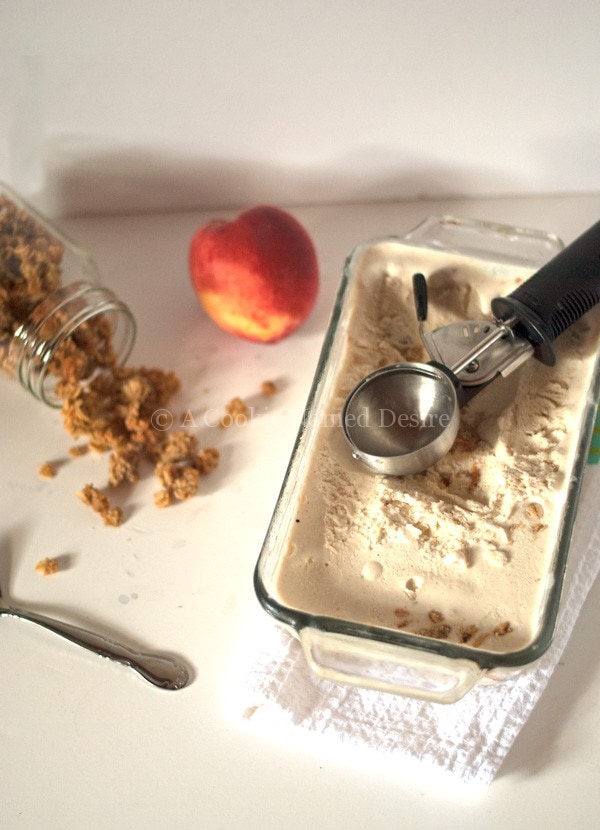 But this ice cream is different. It's life changing. Well, at least it will change the way you look at making ice cream at home. I know this because it changed my ice cream-making life. Seriously.

I was talking to a blogger friend of mine, Brandy from MommySplurge about homemade ice cream and how I wanted to invest in an ice cream maker. She suggested I check out Jeni's Splendid Ice Cream At Home. She said it change her ice cream making and it was the one recipe book she would never get rid of. I was sold and bought it seconds later. Best. Decision. Ever. 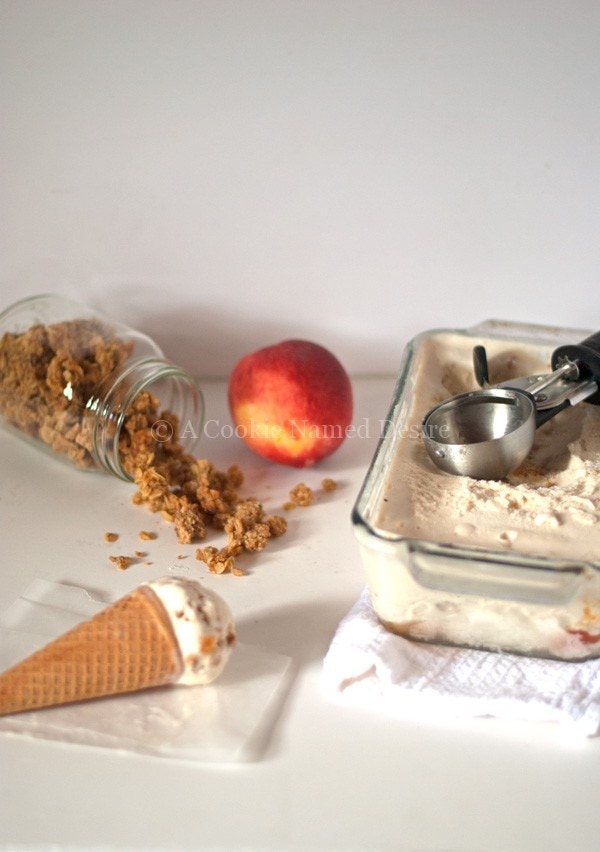 Jeni talks about the science behind ice cream and balancing out the ingredients to get the best creaminess, melting rate and temperature (ever make ice cream that tasted too warm or too cold?). This woman really knows her stuff, and she should considering that she is pretty much the queen of ice cream.

So how does this all relate to this recipe? I used her vanilla ice cream recipe (and her awesome information on ice cream making) as the basis of this completely irresistible summer treat. 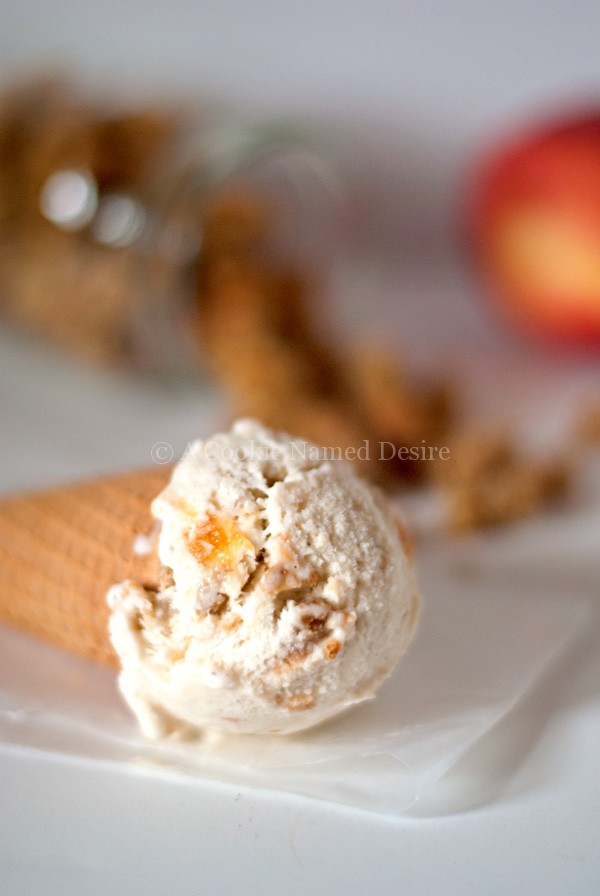 We've got sweet and slightly tart fresh peaches, buttery crumble chunks, and a velvety, creamy vanilla ice cream with a touch of cinnamon. It's all the best things about summer amplified. And it is good.

If you've never made ice cream before, if you've thought about how nice it would be to give it a try at least once, please, please, try this homemade peach crumble ice cream recipe. It is so worth it. You won't regret it. I promise. 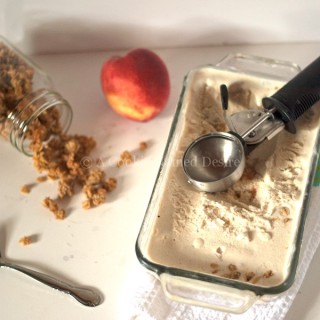 For the Peach Crumble