Get your fall started with these pumpkin whoopie pies with caramel and boozy ganache!

I adore whoopie pies. Whoopie pies are one of those childhood favorites that bring back such fun, carefree memories of being a little kid. There is no excuse for me not making them more often. The last time I made them was waaaaaay back when I first started the blog. They were these cute heart-shaped whoopie pies with the best raspberry whipped cream filling. Oh my god, that filling was the best. I ate it by the spoonful. It was an addiction. My sister had to take the bowl away from me. I cried. Well, I wanted to at least. 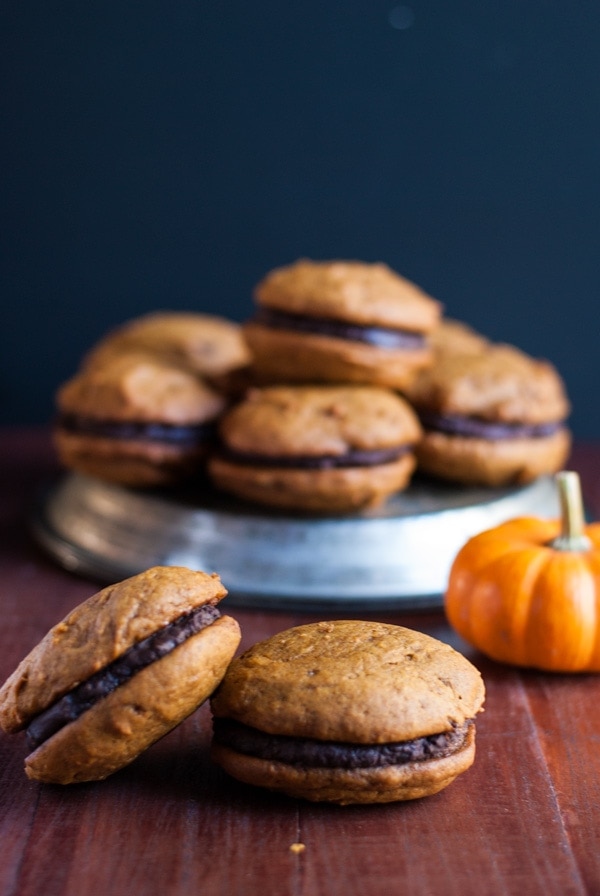 To make up for the lack of whoopie pies in our lives, I've gone ahead and made some pumpkin whoopie pies with caramel with boozy ganache in celebration of Pumpkin Day which is today! Whoot whoot!

These pumpkin whoopie pies are seriously phenomenal. The cake is nice and moist and full of pumpkin flavor. Then it is brushed with a delicious caramel and filled with a boozy ganache. Oh, and did I mention that the ganache also has a bit of pepper in it for a bit of spice? I am telling you, this whoopie pie is no joke.

The ganache is spiked with a bit of honey bourbon, but a regular or cinnamon bourbon would really work well. I used dried Thai chili peppers because it's what I had available, but any dried chili should work just as well. 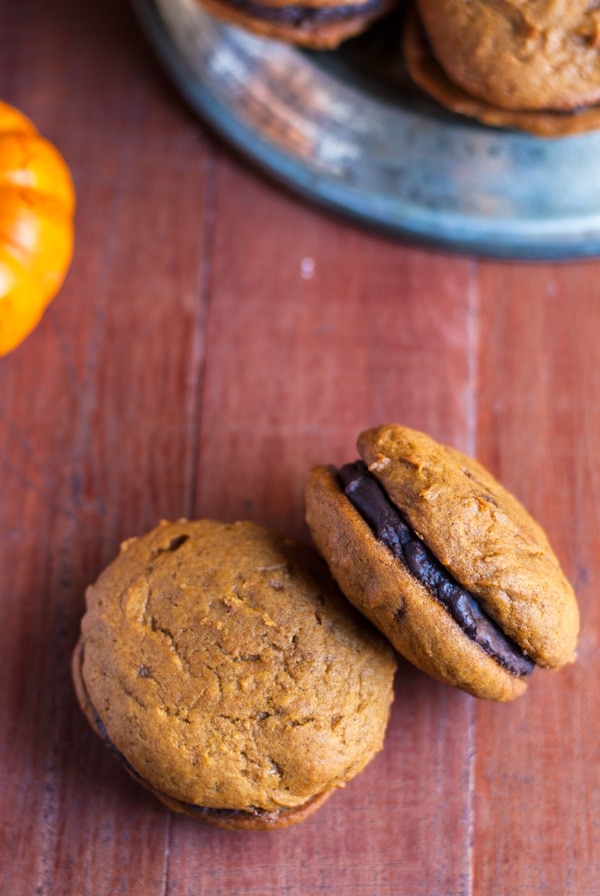 I found this recipe for pumpkin whoopie pies on Epicurious that got so many awesome reviews, that I had to use their pumpkin cake as the base. Best decision ever because it is probably the best pumpkin cake I've ever had. It is moist, sweet and has the perfect blend of spices. The caramel glaze leaves the edges of the whoopie pie just a little bit crunchy if you put just the thinnest layer on the pies (which was awesome because I was afraid it might make the cake get a little soggy.) 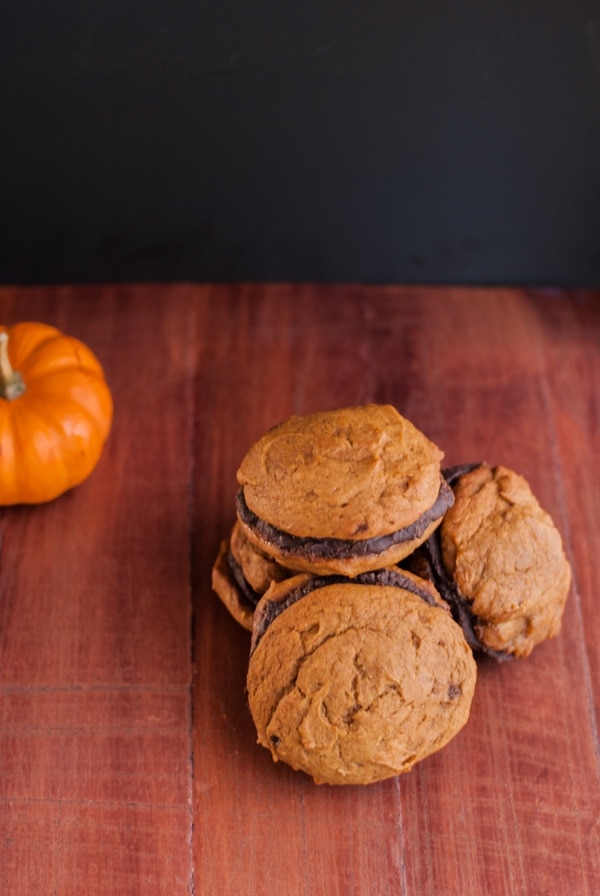 This is a ton of pumpkin goodness that is really a lot easier to put together than you might think. 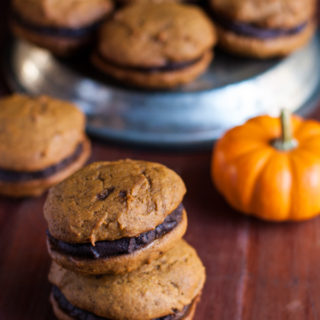 For the Pumpkin Cake 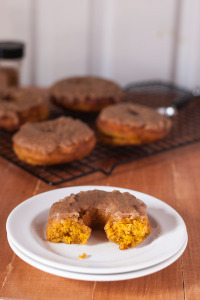 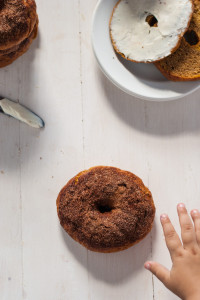 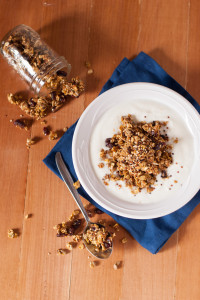 If you want to check out some other delicious Pumpkin Day celebration goodness, check out these recipes below:

Caramel Pumpkin Cinnamon Rolls from Lady Behind The Curtain