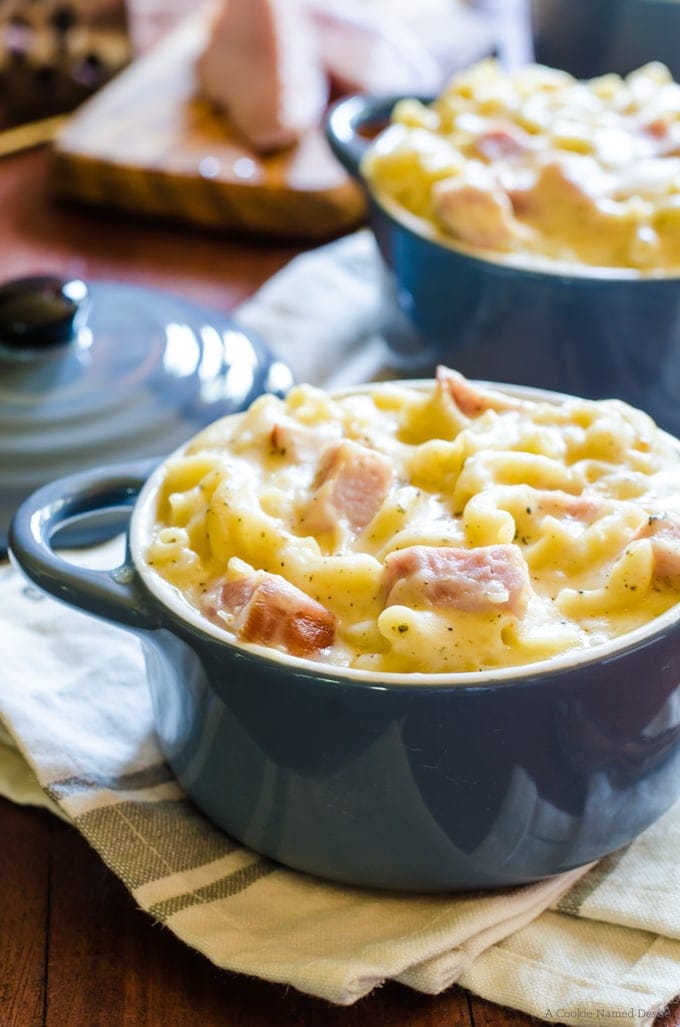 Thanksgiving and Christmas would not be the same without a huge foil baking dish filled with her buttery, cheesy macaroni and cheese. She would always make sure I had plenty I could eat later. I don’t think I would be able to handle it if I did not get my mac and cheese during the holidays.

Of course, I need my macaroni and cheese fix between the holidays and have to resort to making my own. Like my grandmother, I make a big batch to feed the family and even give some to friends for lunch. 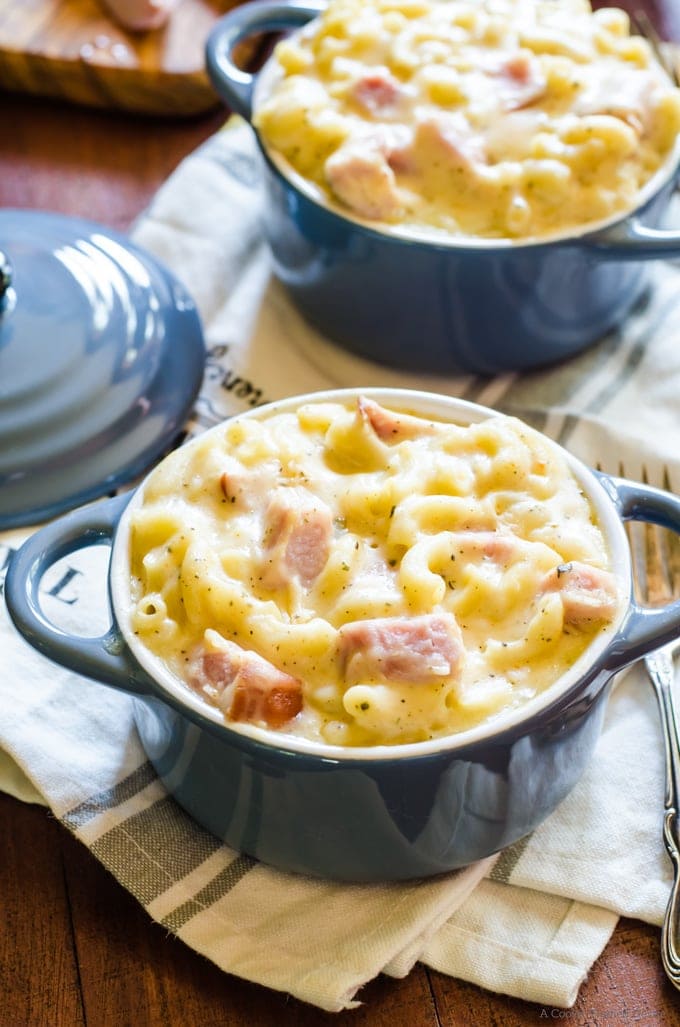 My grandmom’s macaroni is more butter and tons of cheese mixed with cooked macaroni and baked up to gooey deliciousness. I like to make a creamier macaroni using a béchamel sauce to which I add well over a pound of cheese. I also love to add in other things like broccoli or meats to make it more of a meal.

Right now I am in love with the addition of Boar’s Head SmokeMaster Black Forest Ham because the smokiness of the ham goes so well with the ultra-cheesiness of my macaroni and cheese which I also spice up with a bit of cayenne for a warming kick that I love during the colder seasons. The spicy macaroni and cheese with ham is the one thing I plan on making over and over again this fall.

It’s hearty and comforting and has a delicious balance of flavors that leave me sneaking bites of pasta whenever I enter the kitchen (and I am in the kitchen a LOT). The smokiness of the ham really adds a nice depth of flavor here that I have a hard time finding with other deli meats. Usually, we smoke our own meat if we want that kind of flavor which requires a bit of foresight and I have none of that so that makes this ham that much better! 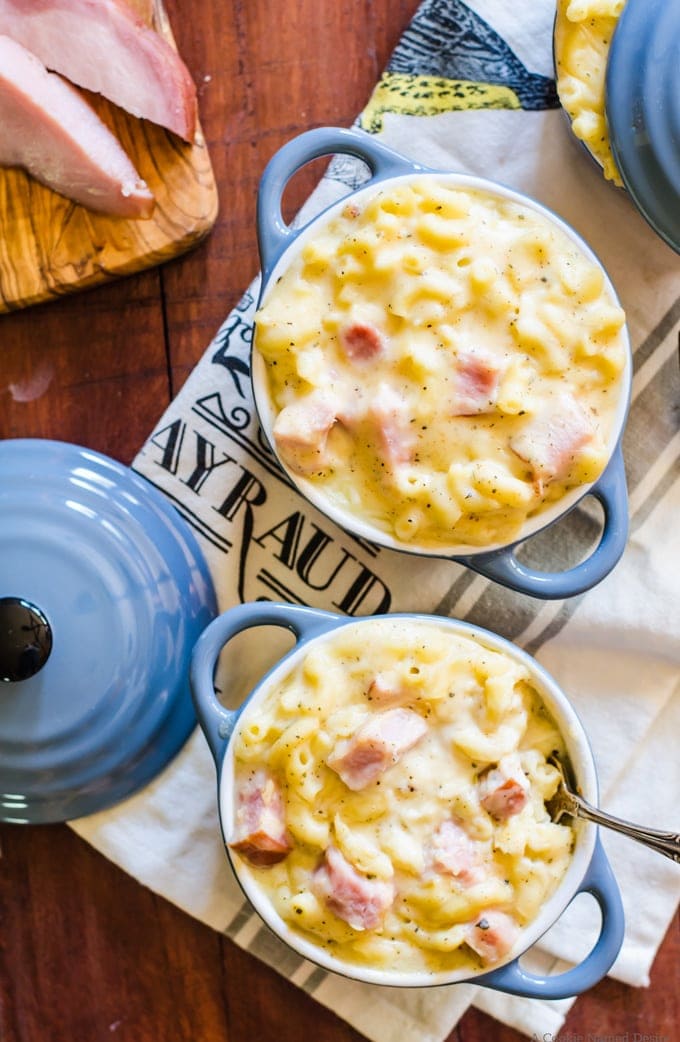 Boar’s Head is currently running a sweepstakes called Boar’s Head Smoke House Rules where you can share your own culinary rules for creating the perfect smoked recipes. In order to get ham that you can slice and put into your macaroni, you can ask your clerk to slice the ham as thickly as possible which you will need so you can cut the ham into cubes.

If you can’t find the SmokeMaster Black Forest ham, any Boar’s Head ham would work, but trust me, you will want to try and get your hands on the SmokeMaster. It has a beechwood smoke flavor from imported German beechwood to create a taste you rarely find here in America! 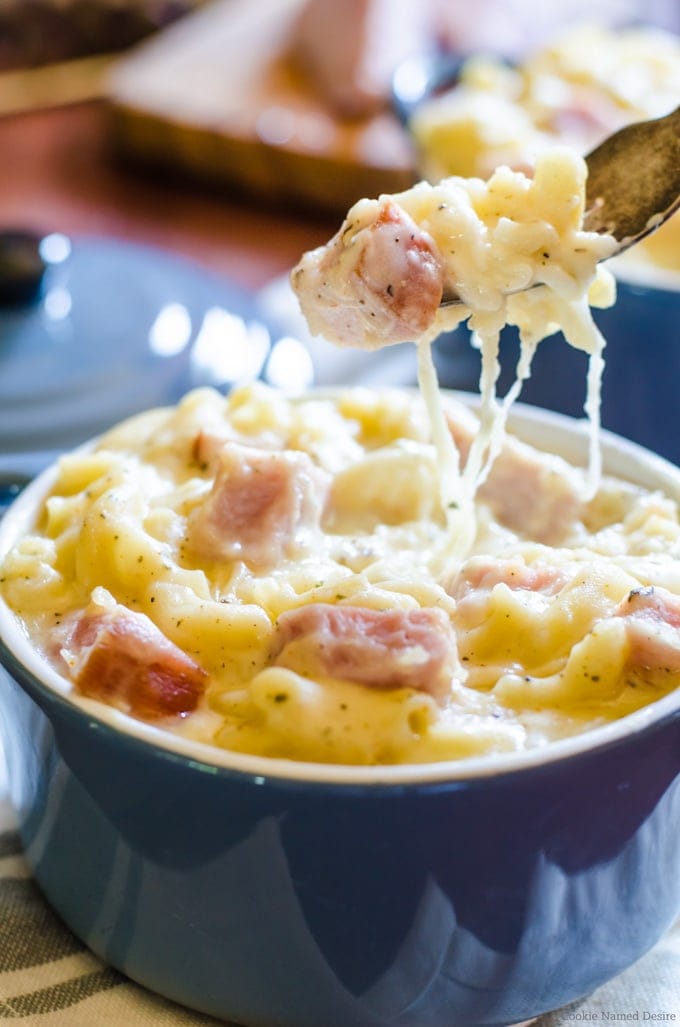 Also, you can easily halve this recipe for a smaller crowd! 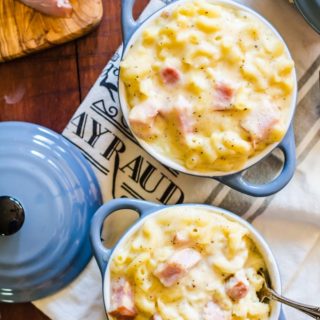 Spicy Macaroni and Cheese with Ham