You've never had a cake as good as this cereal milk carrot cake. It is a fun twist on your favorite dessert. 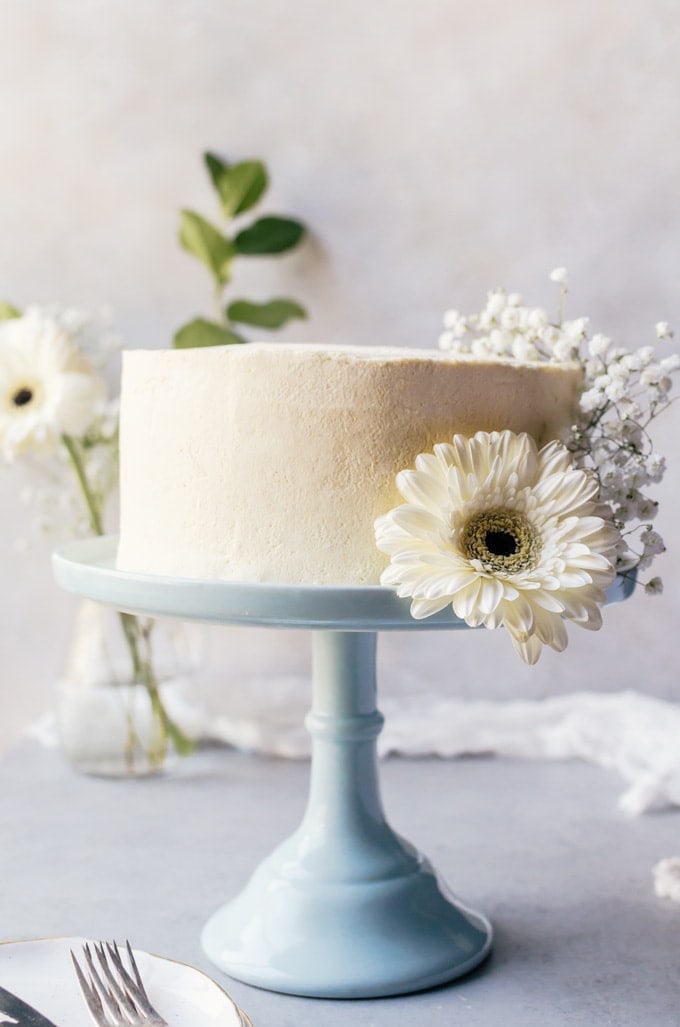 Carrot cake has always been one of those controversial cakes for me. I am pretty particular about my carrot cakes and most I've had did not meet my expectations for a good cake. I don't like really large bits of fruit or nuts in my cake. I don't believe that pineapples have a place in carrot cake, and I don't like cutting a slice of cake only to have long strands of shredded carrot pull out. 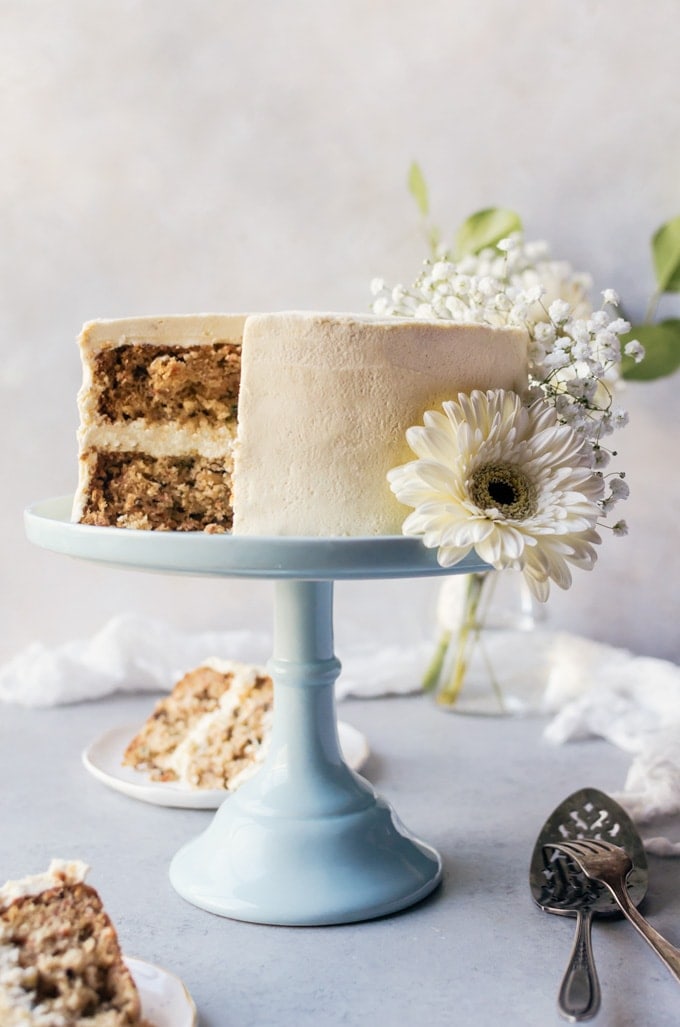 It's been a while since I've posted a carrot cake anything, and I haven't made an actual carrot cake yet for the blog so I decided now was the time to share one with you. Funnily enough, when I made the decision, I had a reader reach out and ask why I didn't have one on the blog. Well friend, I officially dedicate this one to you. 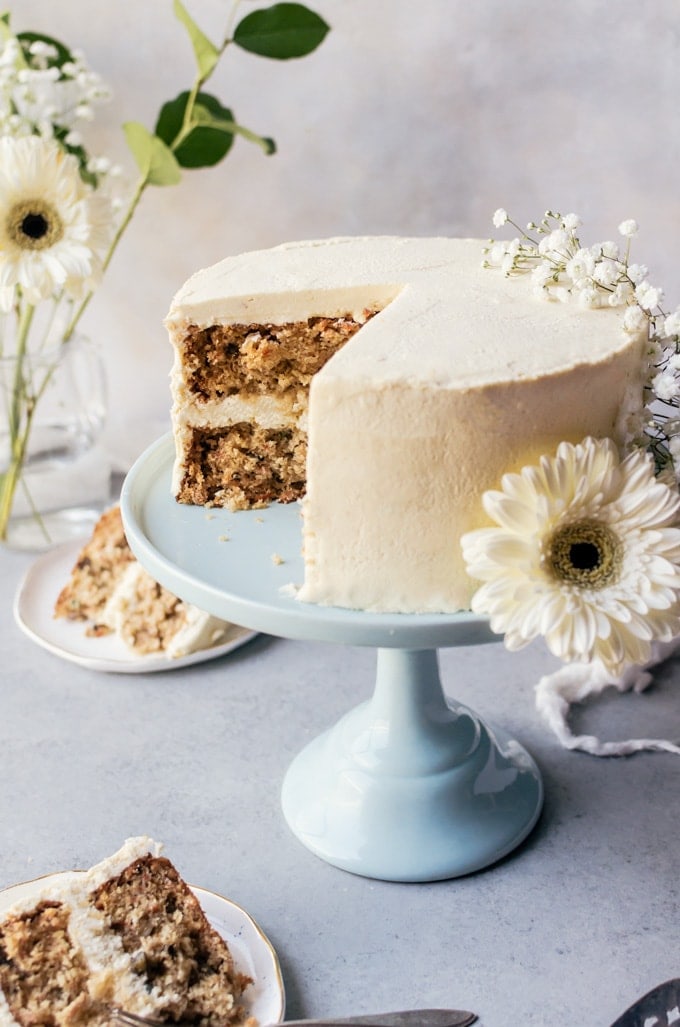 I really wanted to do something different and give the carrot cake a fun twist. I'm not sure what gave me the idea, but I thought that using cereal as a flavor component would be really fun. It would also give me a chance to use a German buttercream that my friend over at Cloudy Kitchen told me about when I was worried about my ability to smoothly frost a cake without any lines or marks from my offset spatula.

So I decided to take a note from Christina Tosi and use cereal milk in my cake and frosting to make a cereal milk carrot cake. In the cake, the cereal milk takes over for the cinnamon while also giving the cake more depth of flavor. The cake doesn't taste like cereal, but instead it gives it a subtle boost in flavor. In the frosting, however, it is out and proud as a fun, nostalgic twist that has you eating the frosting with a spoon. Which is fine because you will have some extra frosting. 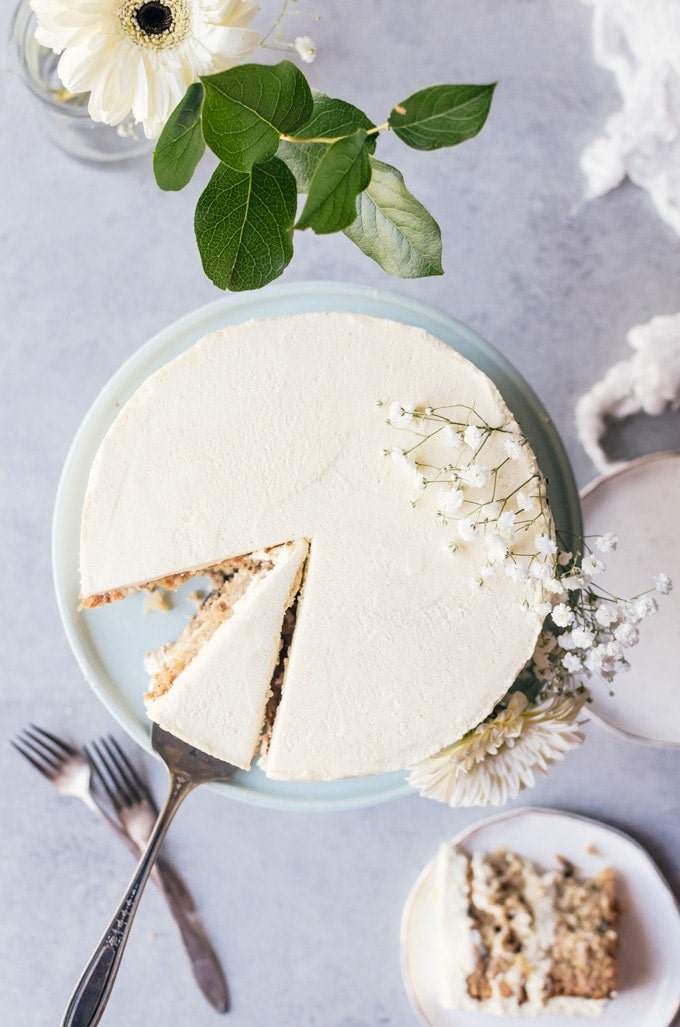 The German buttercream is a pudding based frosting which allows you to really infuse it with a lot of flavors. While you heat up the milk to make the pudding, you add the cereal to steep. I highly recommend using a cheesecloth to get the milk that soaks into the cereal.

You can make do with just a fine mesh strainer, but you will be left with a lot of milk trapped in the cereal which is what has the most flavor. If some cereal pulp ends up in the infused milk, that is perfectly fine and it won't affect the final texture of the frosting. 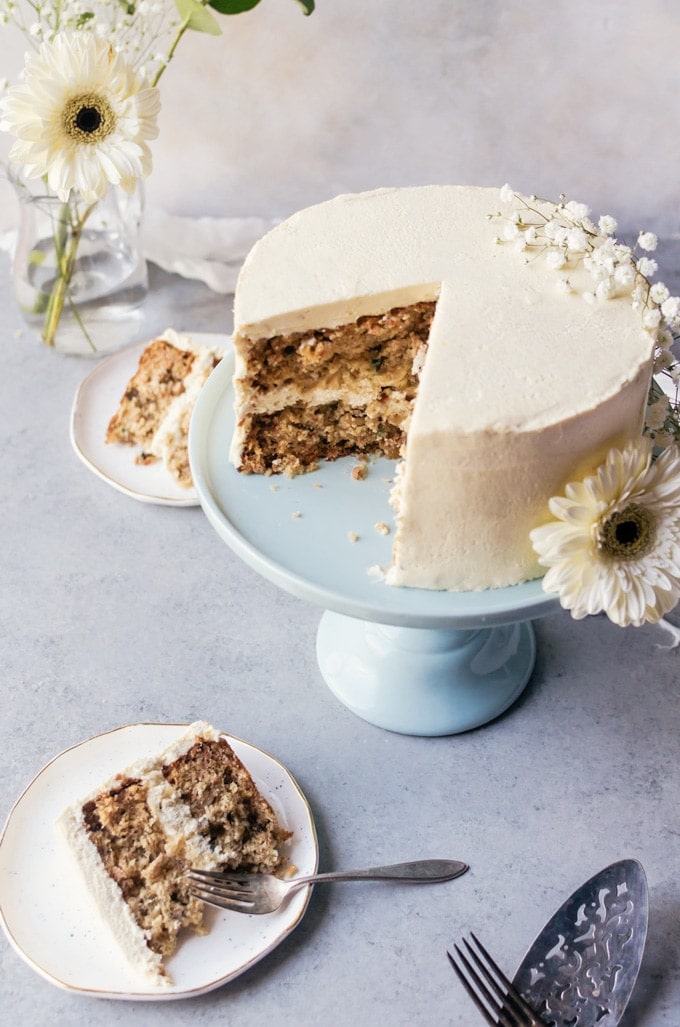 One major note about this cereal milk carrot cake is that it works best when you give yourself two days to make it. Technically, you can make it in one day, but I prefer to give the pudding for the frosting and overnight chill and put the carrot cake layers in the freezer.

I do this because you don't have to worry about the pudding being too warm and melting your butter and leaving you with soup. Frozen cakes are also easier to level and keeps the cake moist while you wait for the pudding to chill.

It does mean that this cereal milk carrot cake is maybe a little more involved that you are used to, but I definitely believe it is worth it and once you take a bite, you will agree! 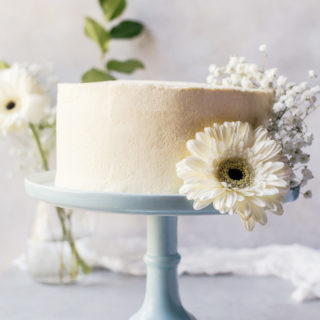 * Toast the cereal at 300 degrees F for 8 mins. You can go without toasting, but it adds a depth of flavor. Recipe for the buttercream adapted from BraveTart