The mildly sweet chestnut cream eclairs and profiteroles are a deliciously light dessert to have with coffee or tea. 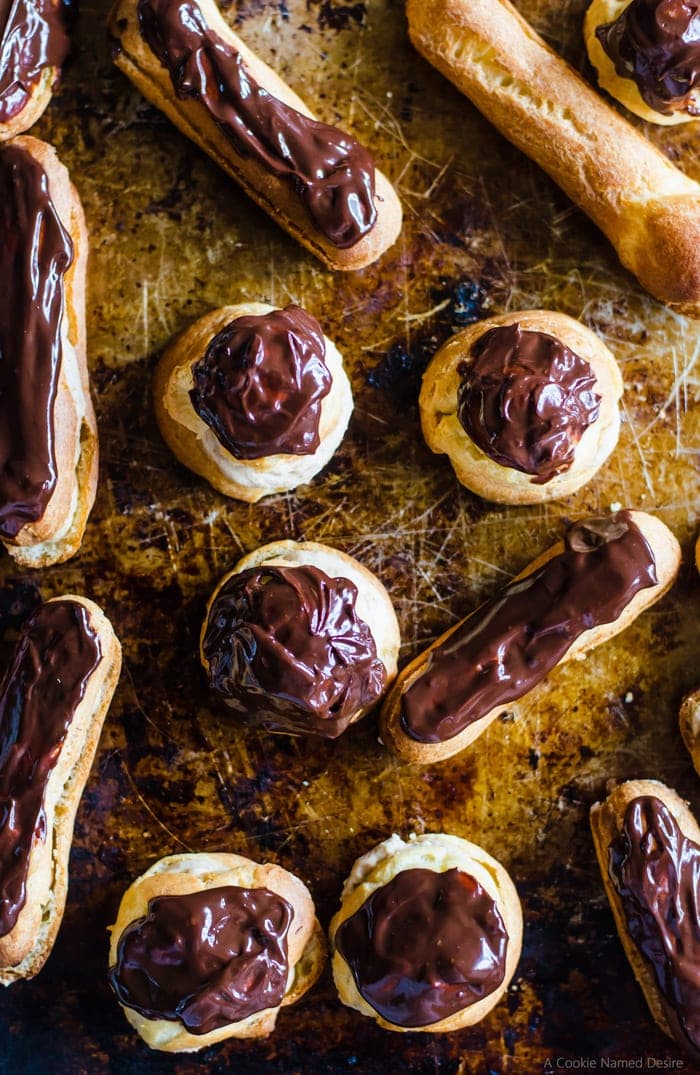 Eclairs were one of my favorite desserts growing up. I would love to sneak into the refrigerator when no one was around to grab one (or two). I loved the thick, creamy pastry cream and the way that delicate pastry would give way when I bit down. So it comes as a surprise that this is only my second eclair recipe on the site. I found chestnuts at my local produce store and knew I needed to make a chestnut recipe. I wanted something incredibly simple that would highlight the mild flavors of the chestnuts and so these chestnut cream eclairs and profiteroles seemed like the great way to do it. 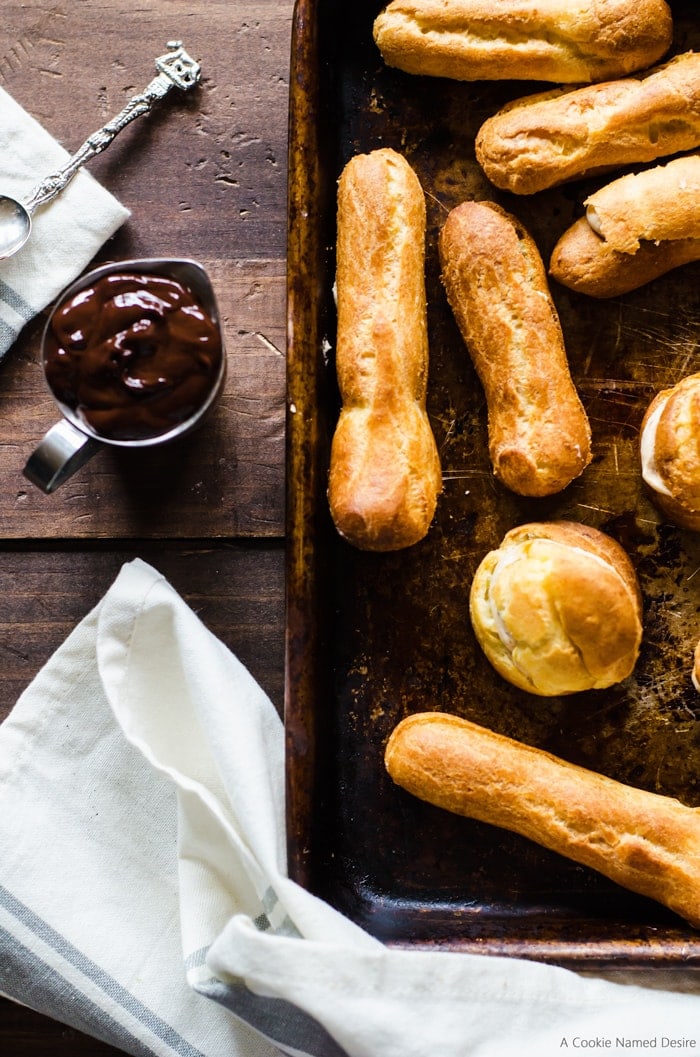 I planned on only making eclairs, but since profiteroles use the same pate a choux recipe and I was starting to feel lazy by the time I reached my third batch so dolloping dough for profiteroles was an easy way out. Why should I - or you - have to choose? No matter what shape they are, these chestnut cream eclairs and profiteroles are beyond delicious. 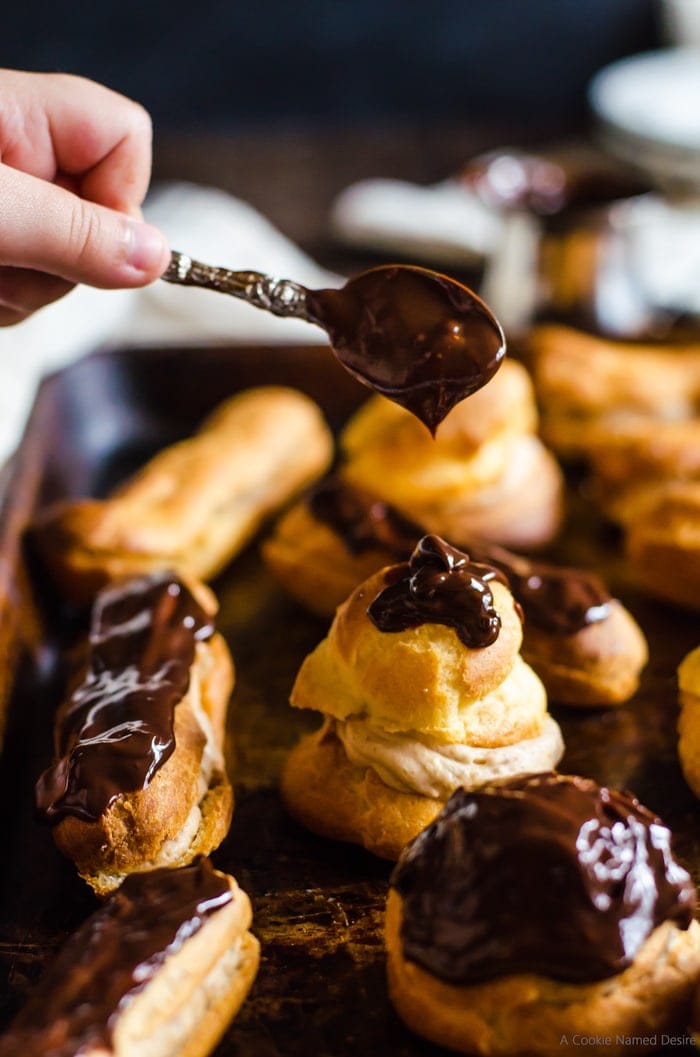 Chestnuts have a surprisingly delicate flavor in that it is easily masked by other flavors. I decided to pair the chestnuts with two flavors that work really well with the chestnuts, but still allow them to shine: coffee and chocolate. Instead of making a pastry cream for the eclairs, I used pureed chestnuts and lightened it with coffee-infused fresh whipped cream, then topped with a creamy chocolate ganache. Trust me, you won't be able to have just one of these. I had about three or four before I even took pictures. And even more while I continued to take photos! 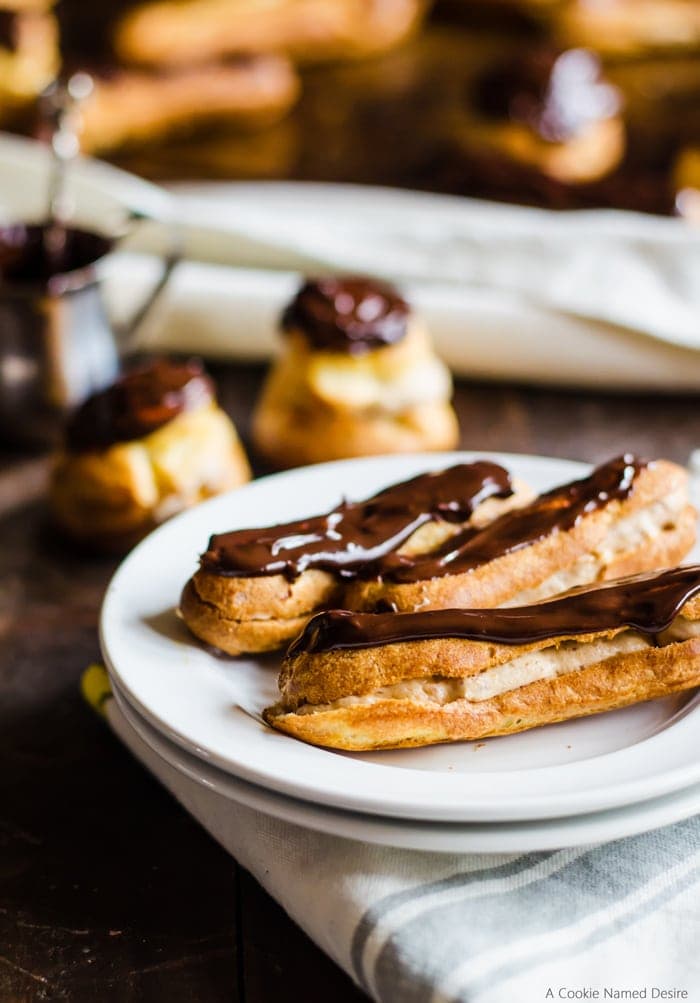 This particular shoot was especially fun because my daughter did 90% of the styling. We've determined she isn't really into baking, but she loves making things beautiful, so she took on the task of adding ganache to the eclairs and profiteroles and arranging them for me. What a star. My mother-daughter blogging team is well on its way to becoming a reality!

These chestnut cream eclairs and profiteroles are perfect for having with coffee and tea - perhaps when you need to sneak away from the Christmas mayhem! 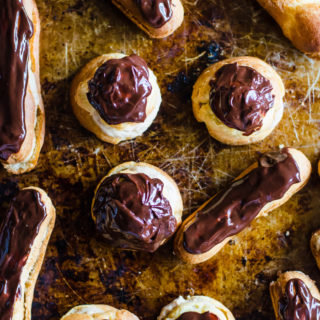 For the Chestnut Filling

For the Pate a Choux