Cool down this summer with the ultimate ice cream treat. This churro ice cream is a refreshing fan favorite! This post has been sponsored by Nestlé® Carnation®. All thoughts and opinions are my own. 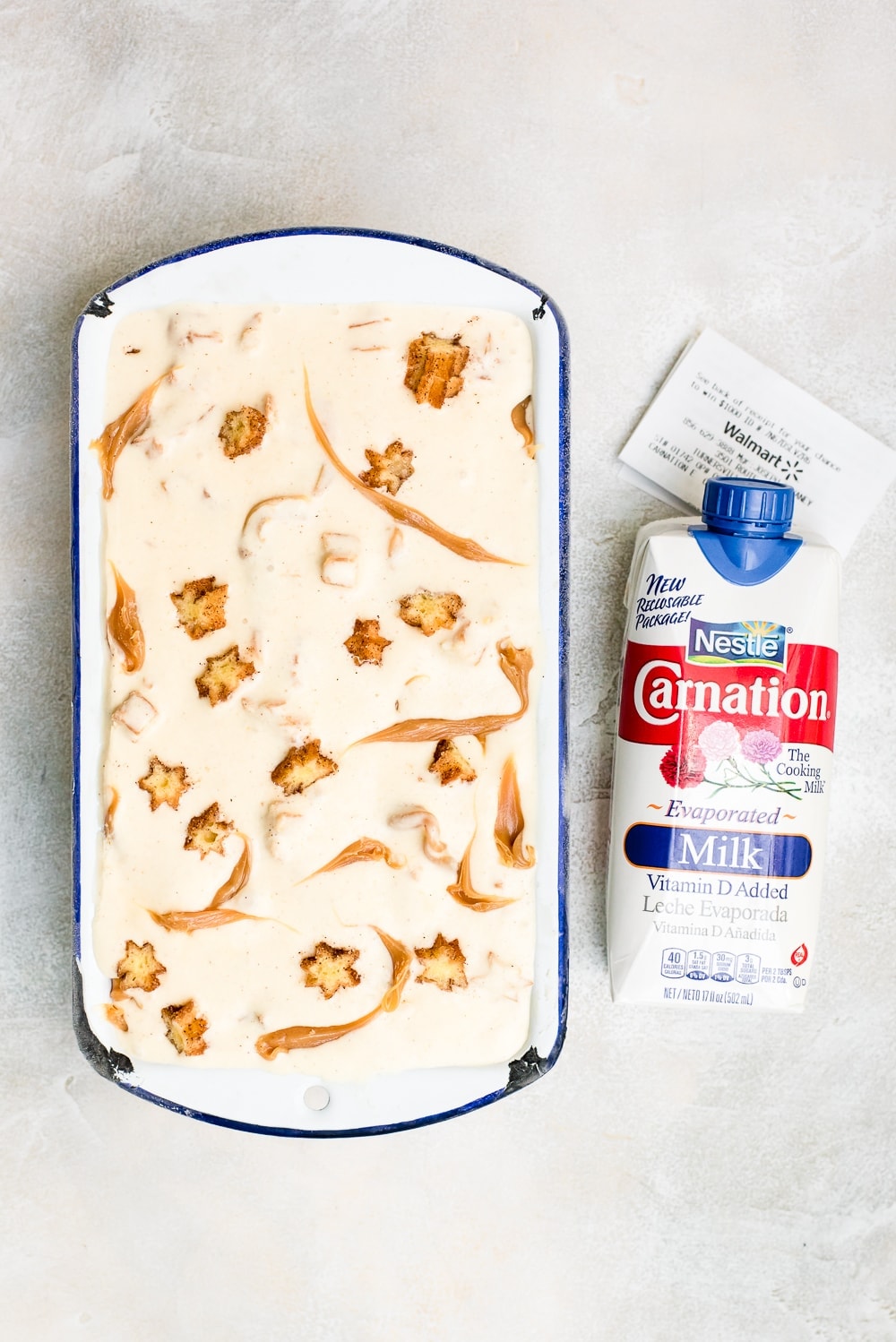 It’s no secret that I love making ice cream. I always said that if I could, I would open up an ice cream shop filled with so many fun and adventurous varieties. Experimenting with different methods of making ice cream is a bit of a hobby for me. Using Nestlé® Carnation® Evaporated Milk is one method I like to use for super creamy ice cream that doesn’t melt too fast and coats your mouth with bursts of flavor.

I like to get my Carnation evaporated milk at Walmart because I love their prices and wide selection of products. They keep the evaporated milk in the baking aisle, so you can pick it up while you are prepping for your weekend baking adventures. 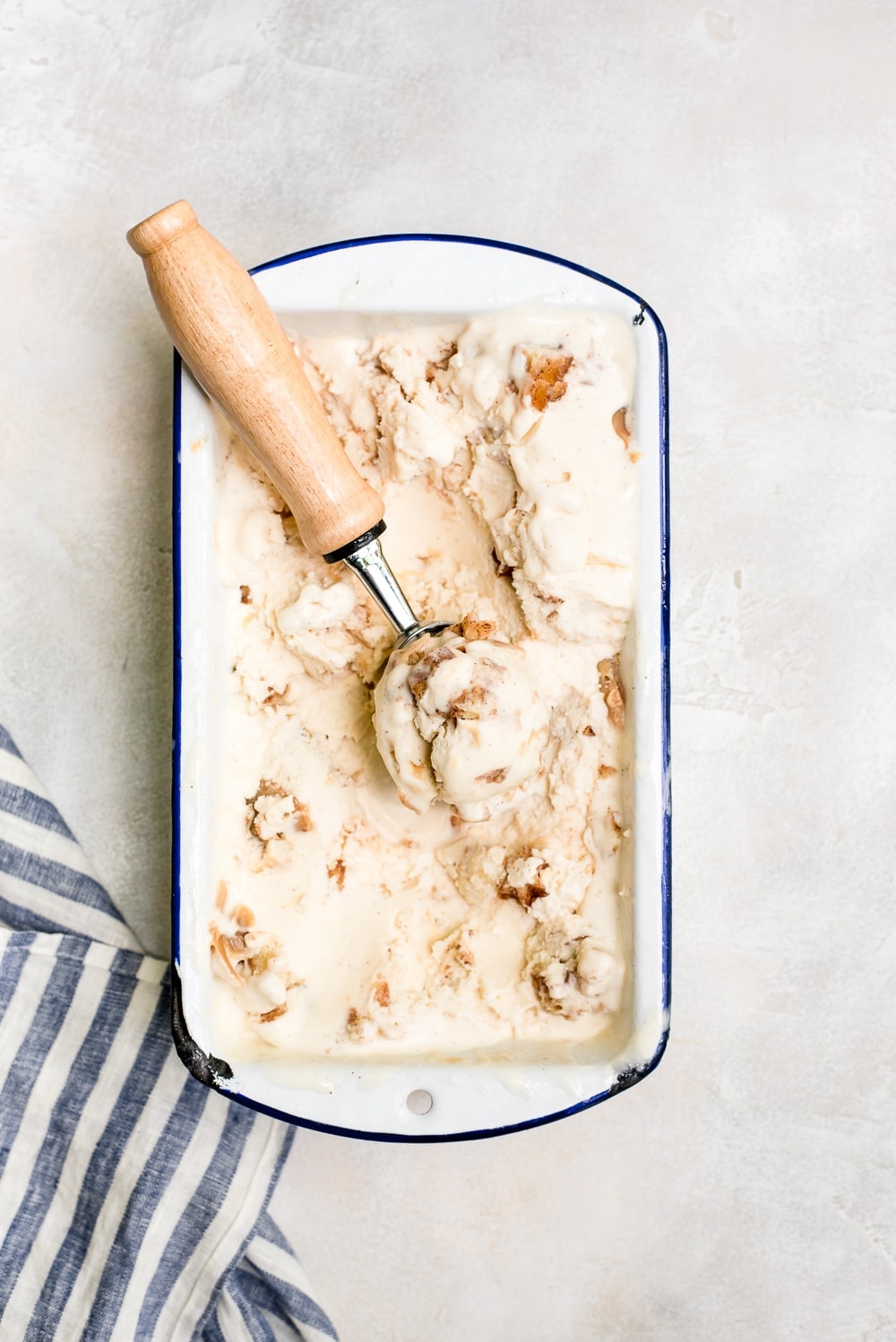 Good ice cream is based off a few different principles to create the best mouthfeel. It should be creamy and coat your tongue. It shouldn’t feel icy or too cold, nor should it feel too warm. It should be able to retain its texture for a considerable amount of time before turning into a melted mess.Without getting too technical, it is mostly a balancing act of fat and water in your base to get that perfect middle ground.

I find that using the Carnation I find at Walmart is a great way to make the ice cream super creamy, but it isn’t too fat-heavy like heavy cream, so it still gives you a luscious mouthfeel. 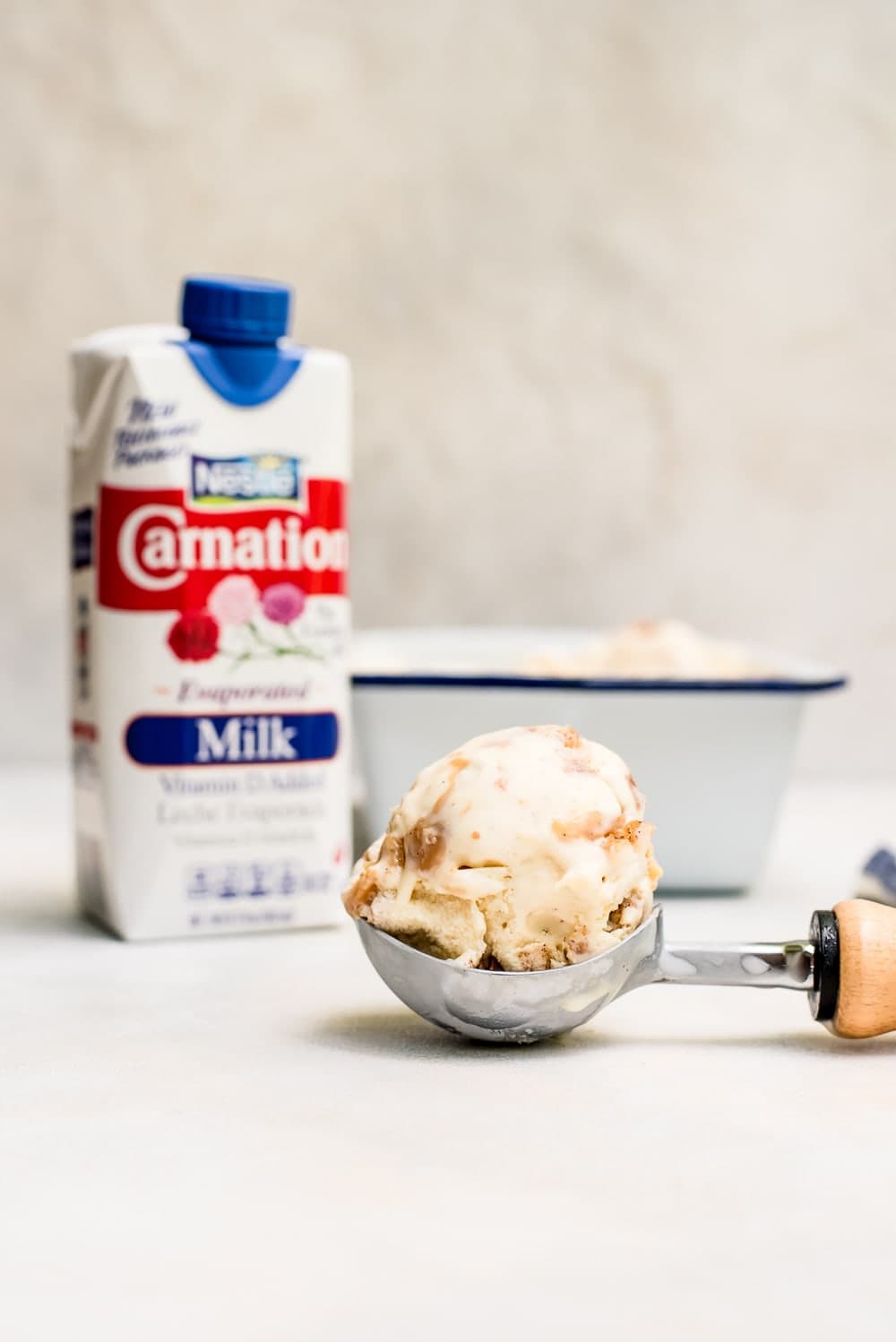 Churro ice cream is the perfect summer treat. The bits of churro and cinnamon-y, caramel-y dulce de leche is such a fun combination that makes me feel like a kid again. Freeze tag, anyone? 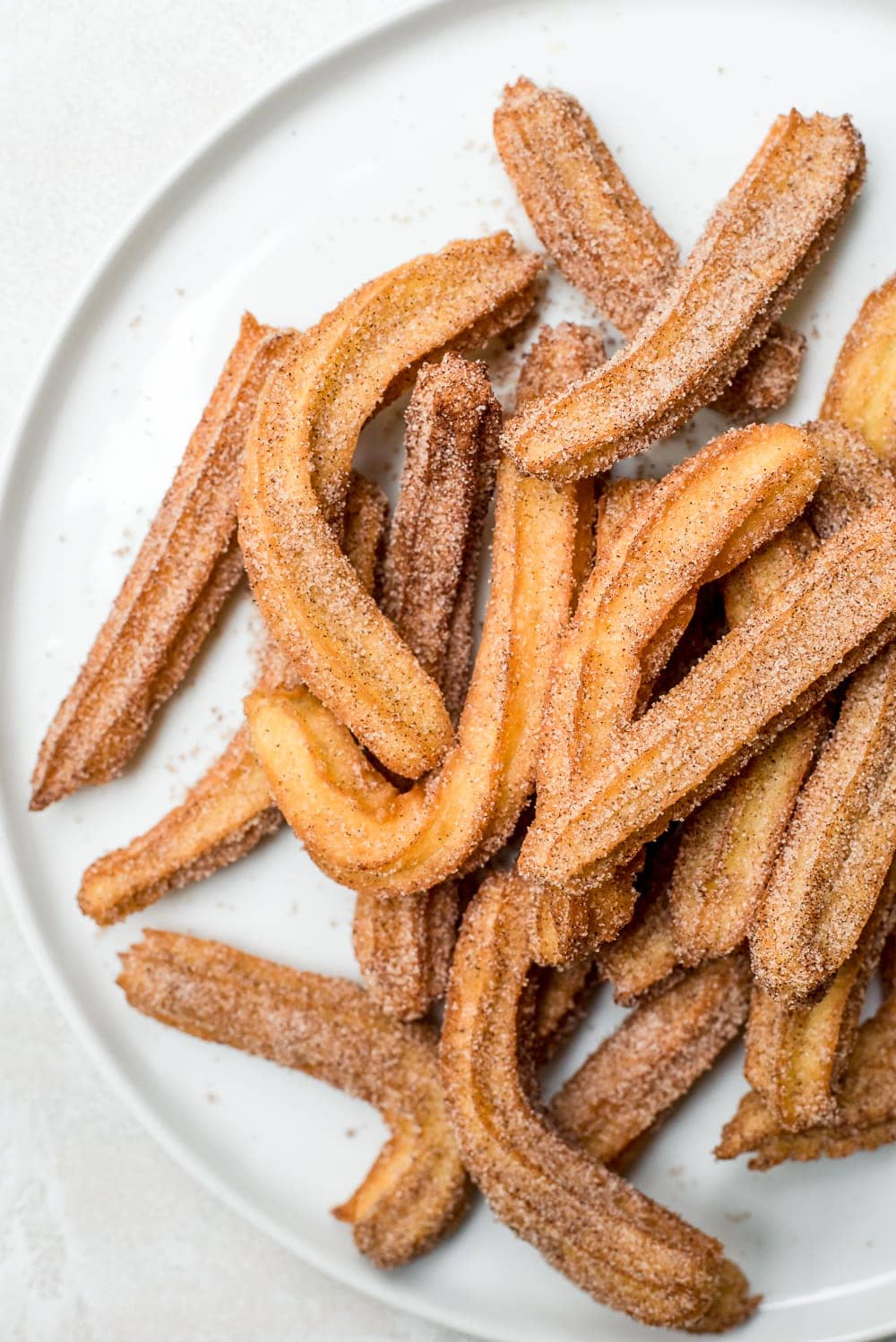 I make my own homemade churros because I love how good they are. I think nothing beats a freshly made churro. You don’t have to make your churros from scratch. You can find some at the store. Even the churro cereal works well for a churro ice cream. 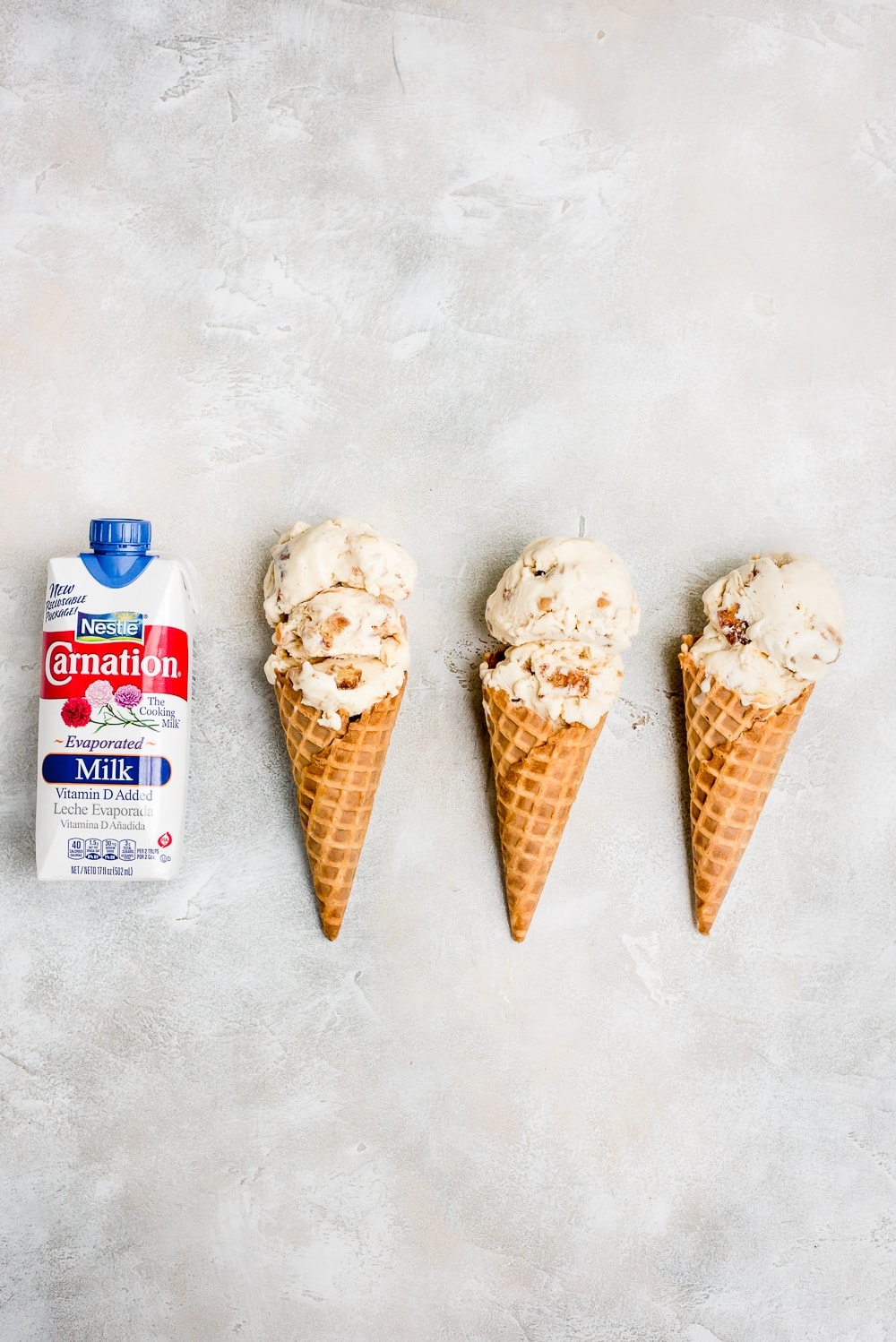 The dulce de leche I make isn’t like the traditional dulce de leche. Instead of using sweetened condensed milk, I like to use evaporated milk and sugar to control the overall flavor, consistency, and sweetness. It also makes it easier to really infuse it with the cinnamon flavor. Not to mention, it is quicker to make.

Making parts of the ice cream ahead of time is easy. You can make the dulce de leche up to five days ahead of time. The ice cream base itself can be made a few days in advance, too, as long as you keep it chilled. 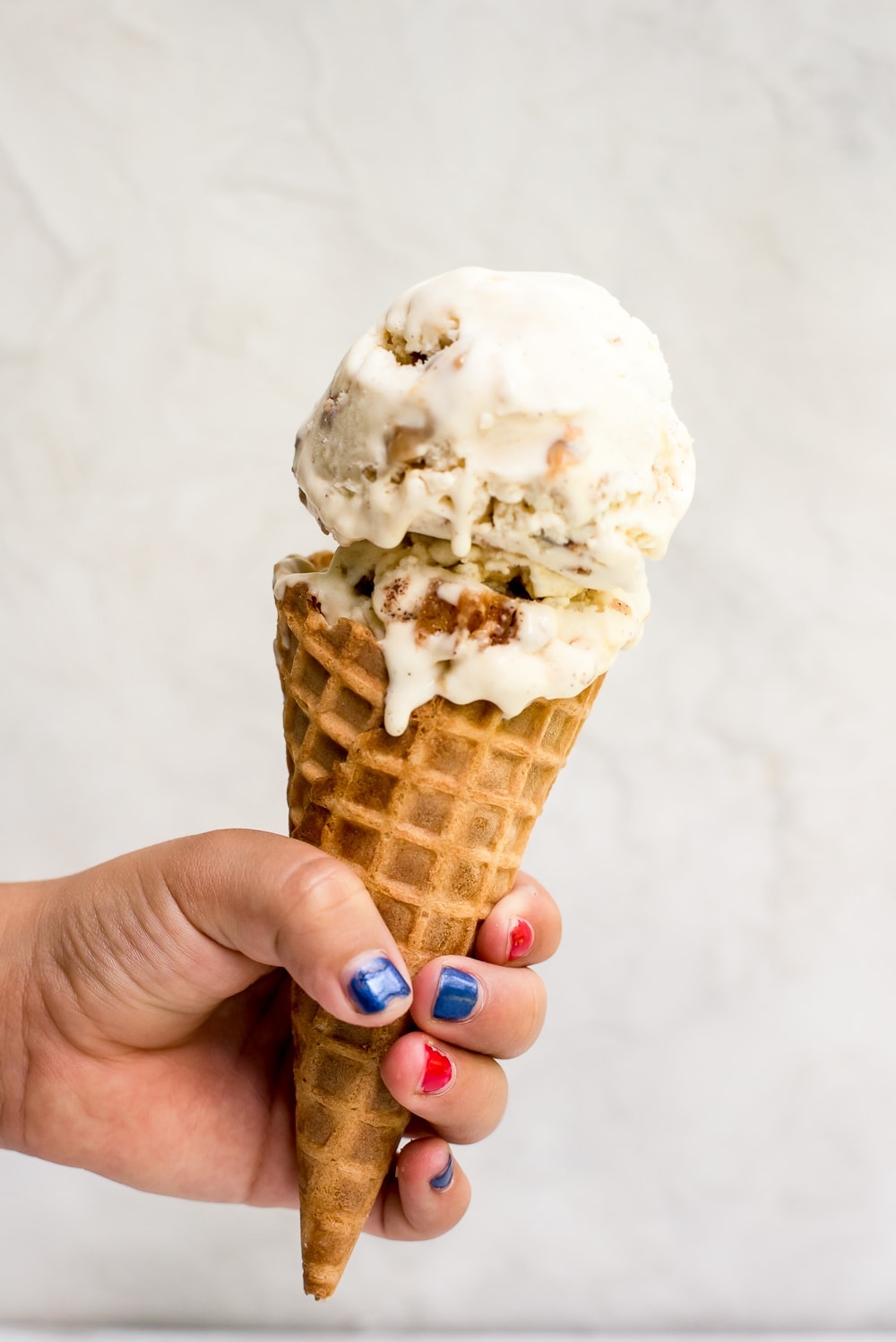 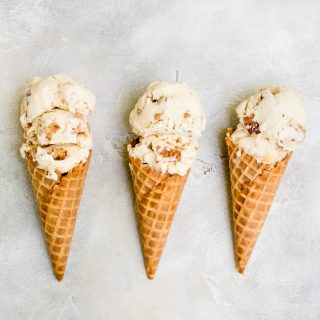