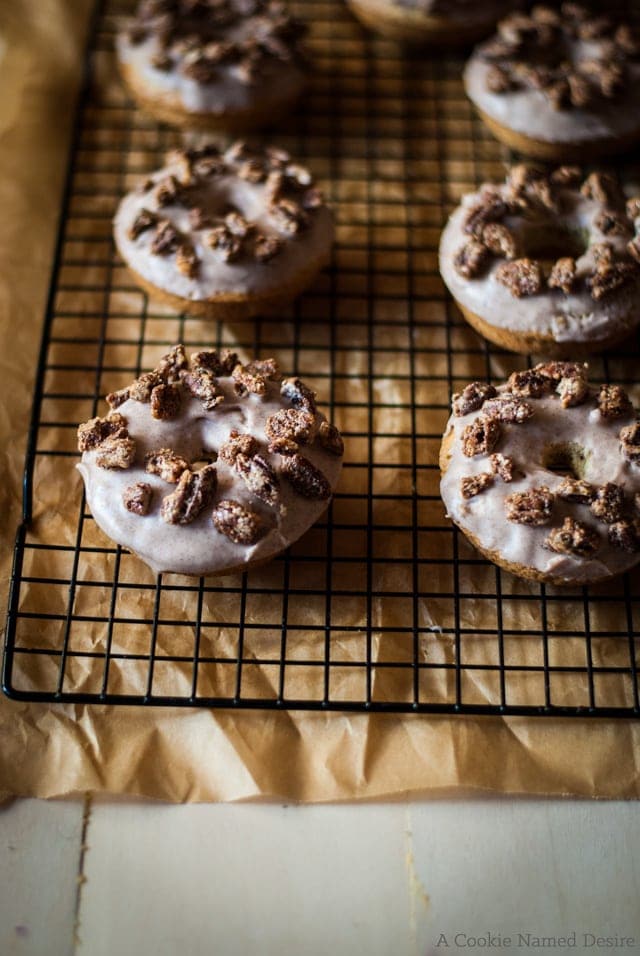 One of my biggest flaws with brainstorming and baking is that I tend to make things up as I go along. Sure, there are recipes that I plan out weeks in advance before even thinking about getting the ingredients necessary, but most of the time I tend to do things on the fly while I'm in the kitchen. It's not a bad thing, really. It just means it takes me longer than most people to complete a recipe 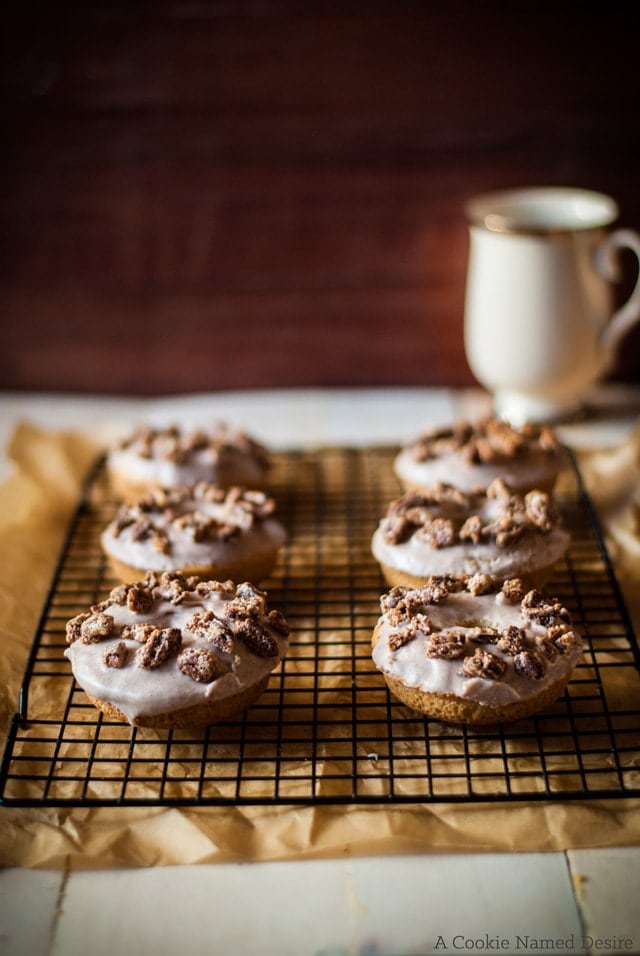 Take these triple cinnamon brown butter doughnuts with cinnamon pecans. I went into the kitchen with a simple idea: I wanted to make a baked doughnut. As I went along, I decided I knew I wanted to incorporate brown butter. Then I found cinnamon sticks I purchased and decided to make it cinnamon-based. The same thing happened when I saw I still had a few pecan halves around. What would normally take under an hour, took me nearly two hours to put together simply because I did things as I went along instead of planning which would have allowed me to use my time wisely. (ie: making the cinnamon pecans while the doughnuts were baking instead of sitting around watching Netflix. I mean, I'd still watch Netflix, but I would have also been making the pecans). 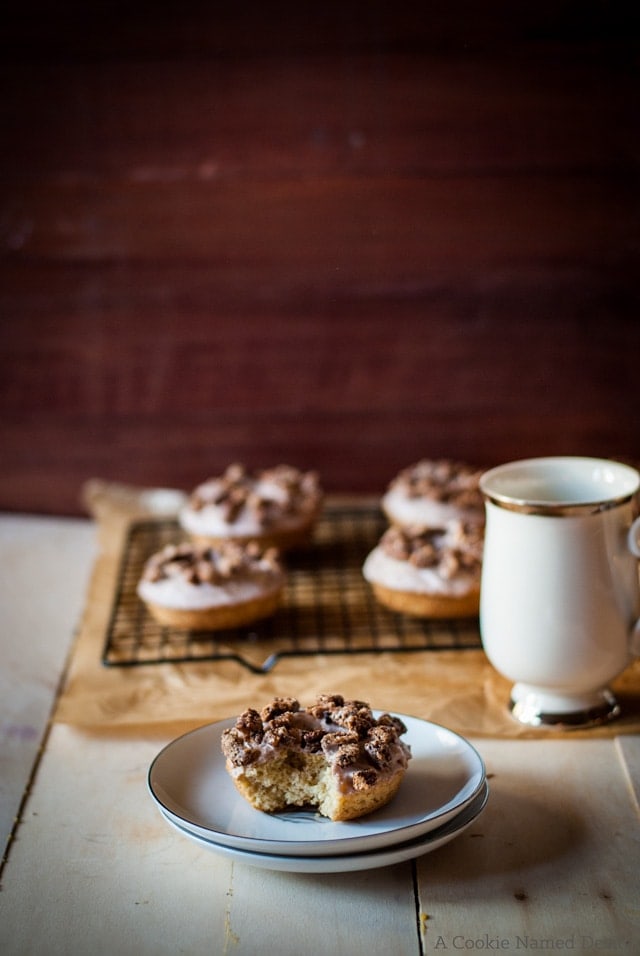 Regardless of my methods and how long it took me to make these doughnuts, I was so happy with what I made. These doughnuts are ba-ba-ba-bangin'! (Not to mention it won't nearly take you as long to make these doughnuts since I've laid everything out for you in advance.) If you love cinnamon, brown butter, and pecans, this is the perfect doughnut for you. Sweet, cinnamon spice, nutty brown butter, creamy cinnamon glaze, and the most beautiful candied cinnamon pecans. If you don't want to use fresh cinnamon, preground cinnamon is more than okay... cause I mean... they're doughnuts. 😉 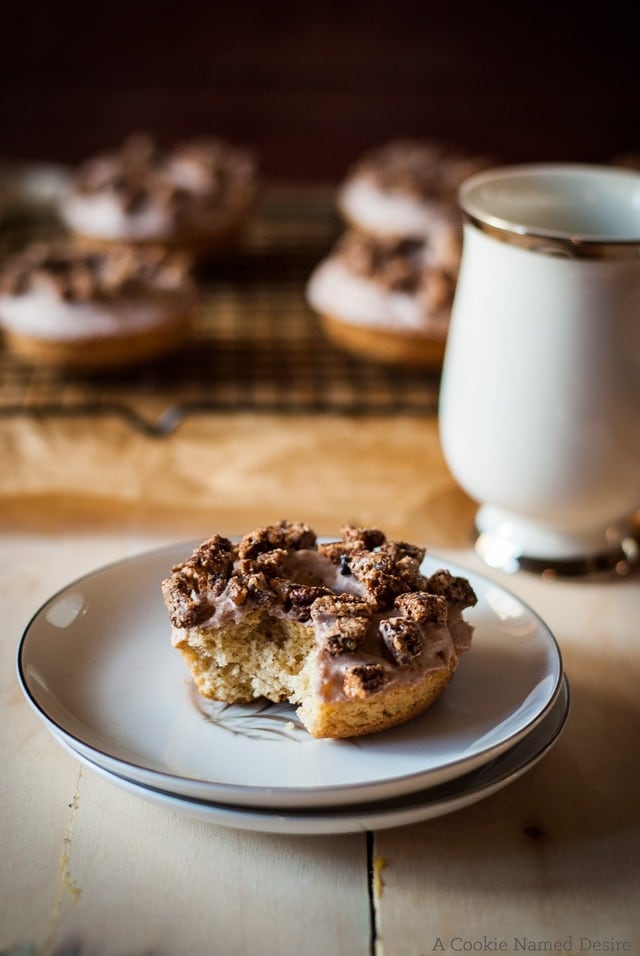 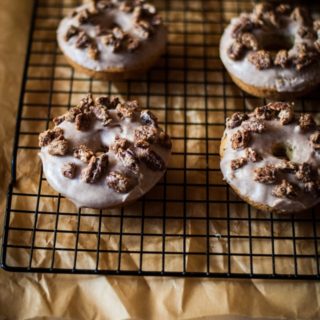 For the Cinnamon Glaze

For the Cinnamon Doughnuts

For the Cinnamon Glaze