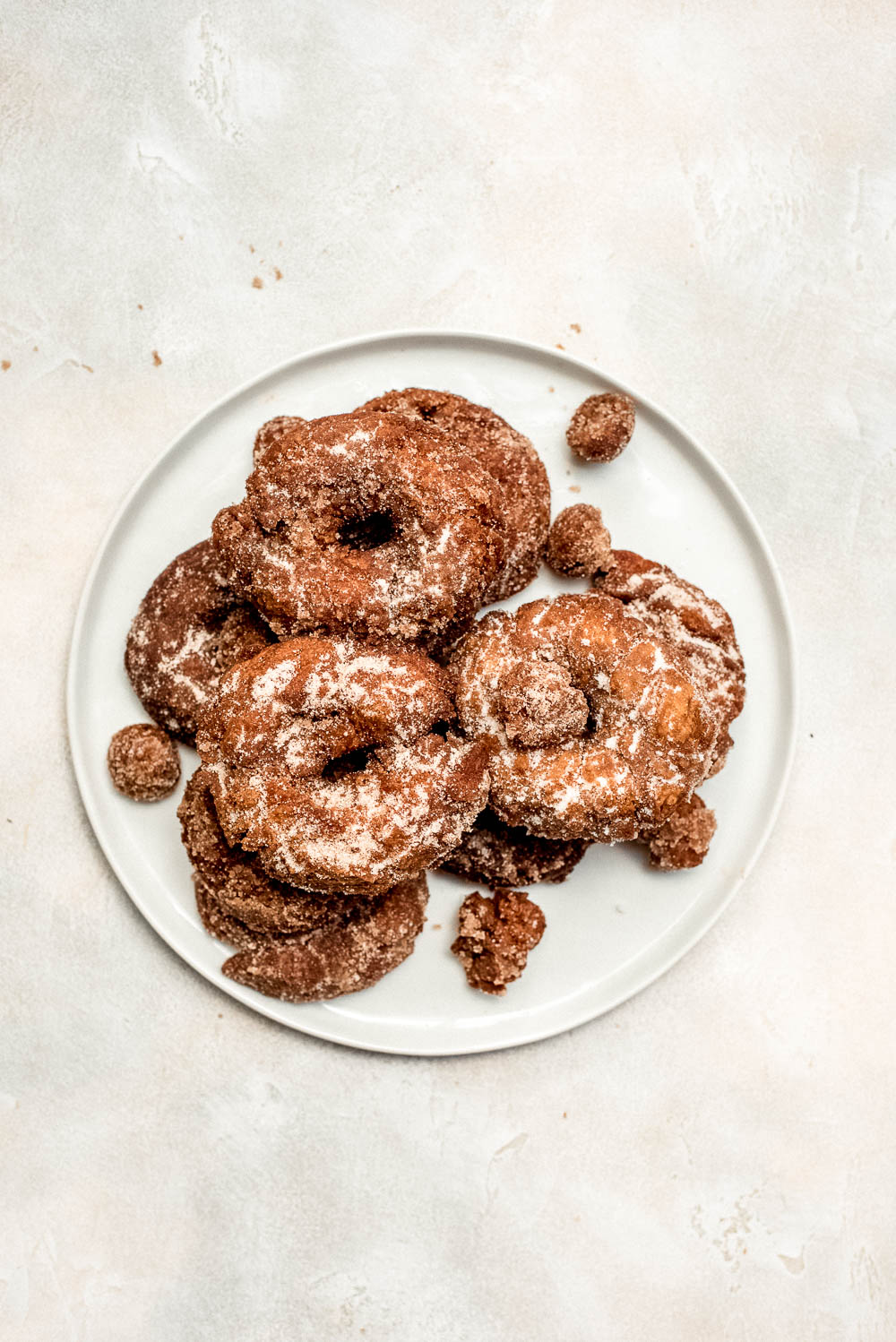 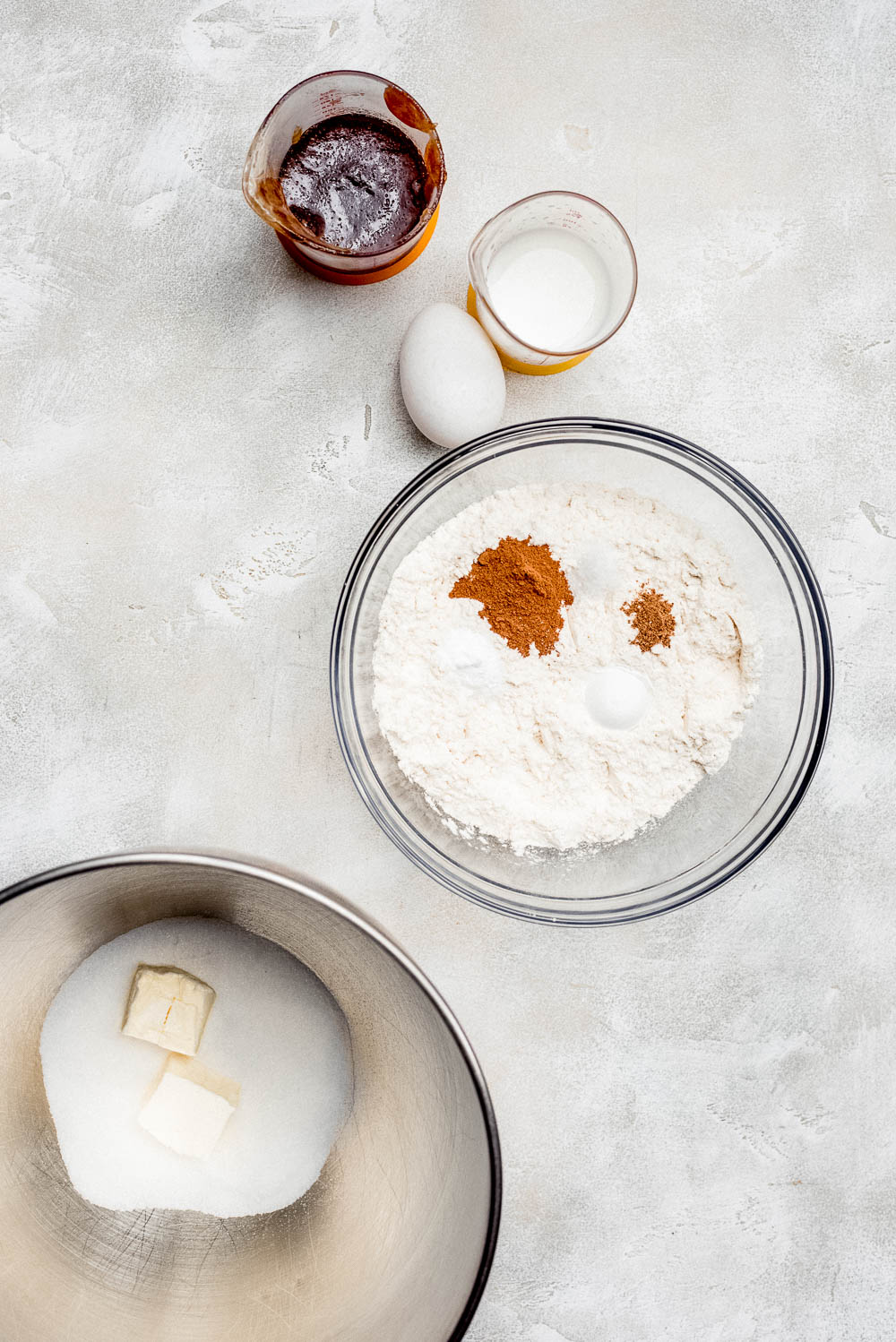 These doughnuts are the fried kind, but you do not need any yeast to make them.  These are a cake-based doughnut. The recipe comes from Glazed, Filled, Sugared, and Dipped and it is one of my favorites for easy, fluffy doughnuts that have crunchy little nooks.

Why Are They Called Apple Cider Donuts? 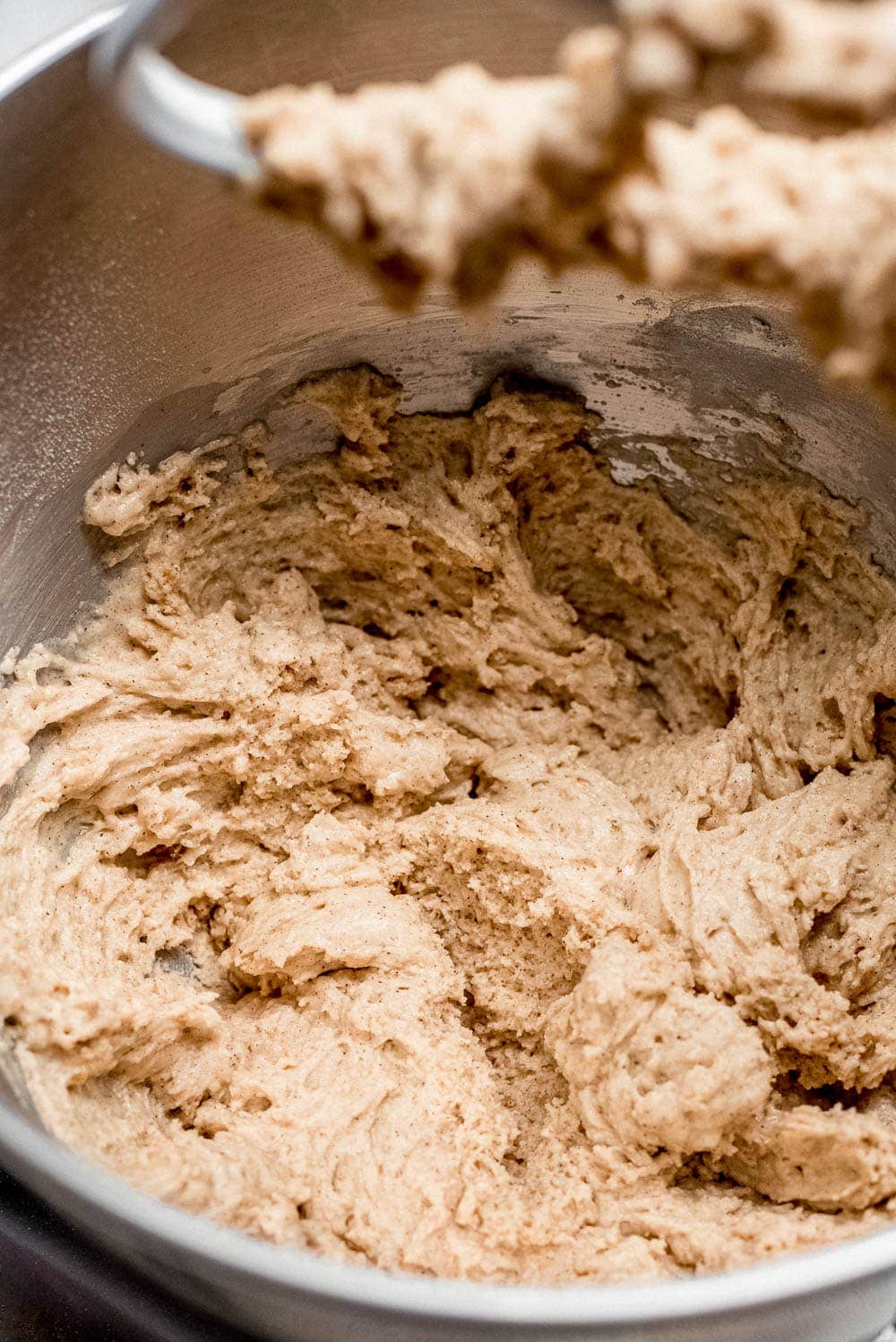 How to Make Apple Cider Doughnuts at Home?

Apple cider donuts are easy to make at home, but they do require a little patience. They make a great weekend baking project! The full recipe is in the card, but the steps are so simple. 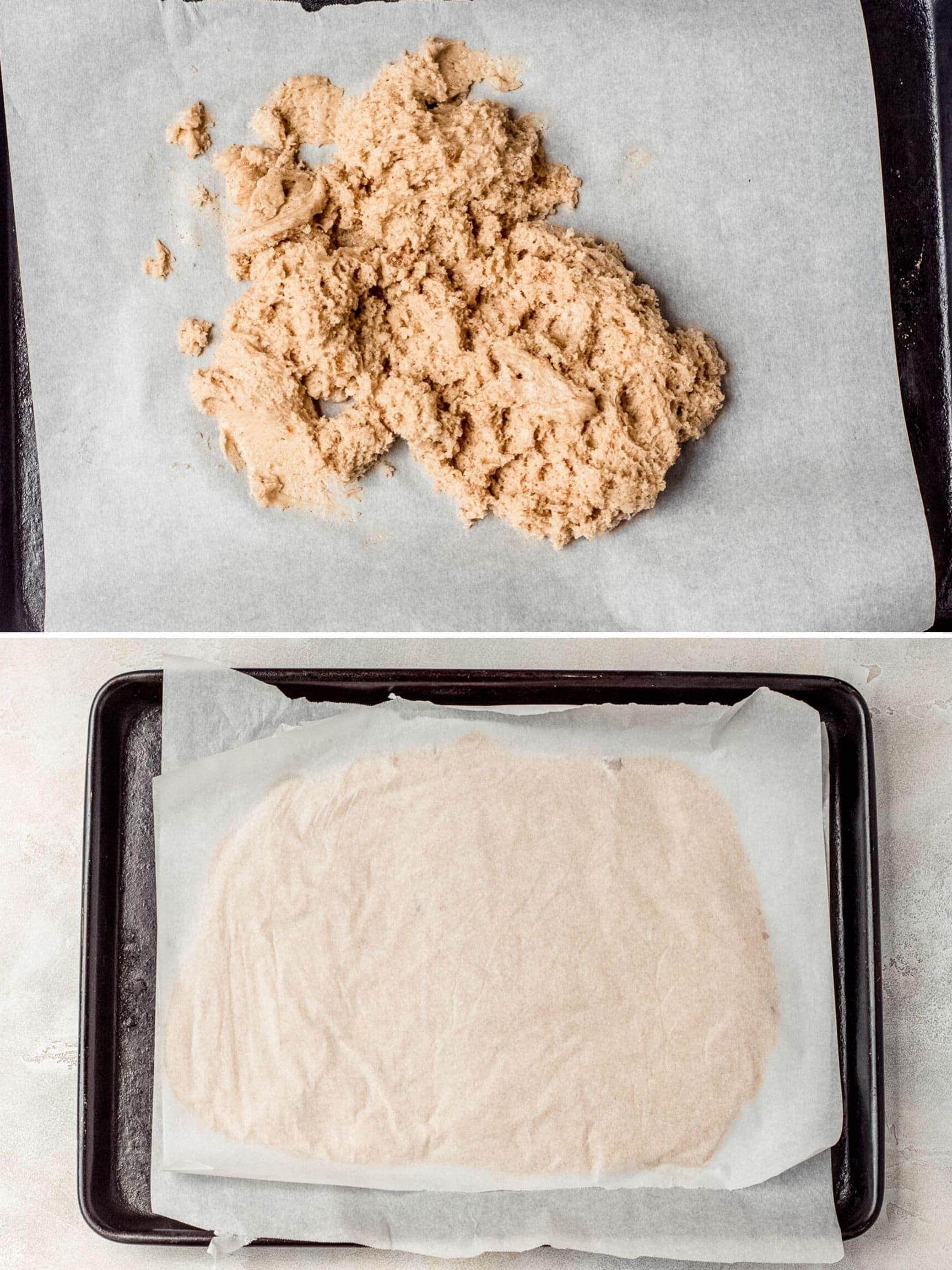 How Long are Apple Cider Donuts Good for?

These doughnuts are the best the day they are made, but are good the next day, too. I would not recommend eating them after that. You can use them afterward to make french toast donuts, or even waffle them!

Can You Freeze Apple Cider Donuts?

If you are looking to extend the life of your apple cider doughnuts, I would not recommend freezing the fried doughnuts. You can freeze the dough before it is fried though. Simply place the dough in an airtight container. For the best results, roll out the dough in the parchment paper, then wrap the sheet of dough and lay flat in your freezer. 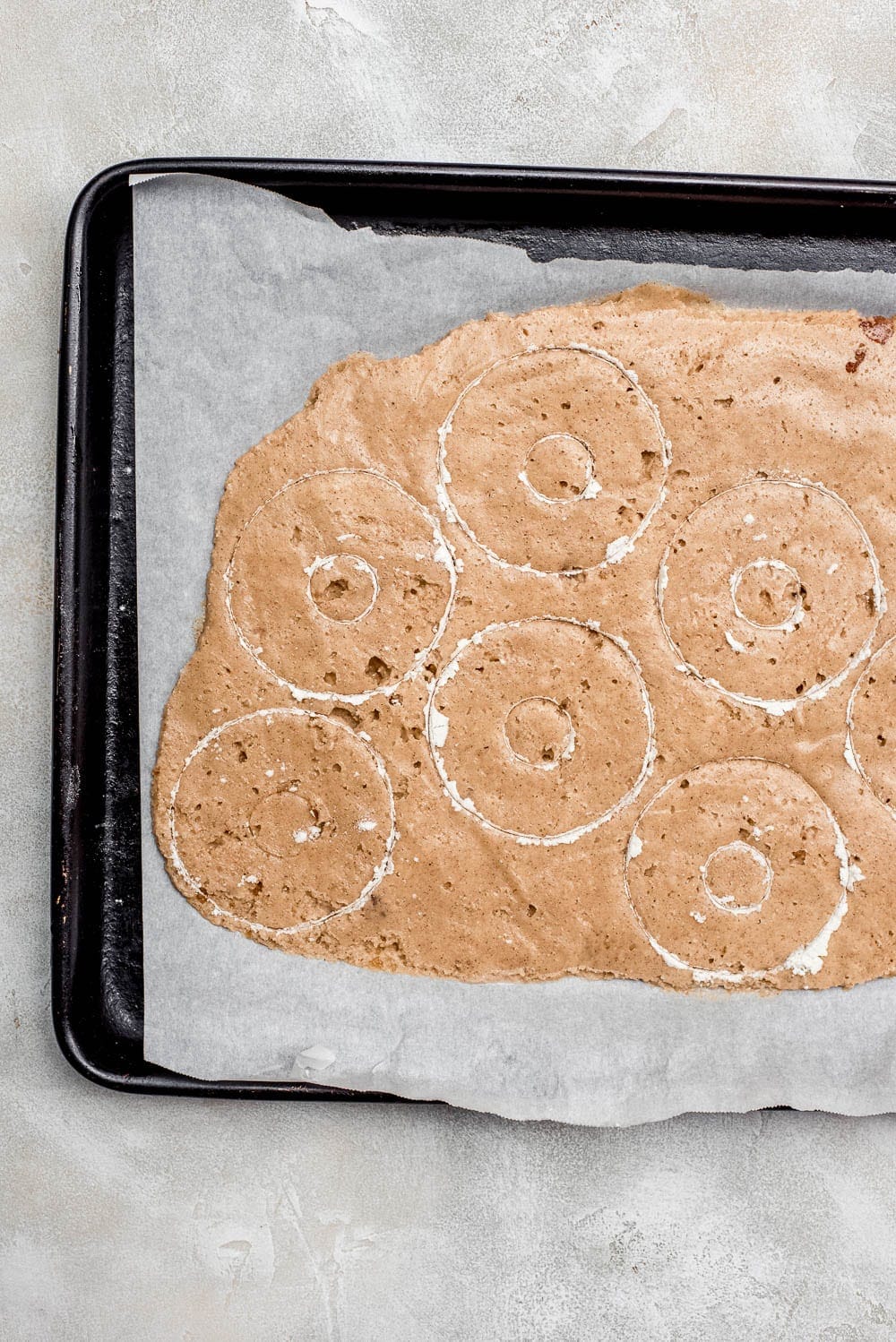 This particular recipe is not vegan, but you can adapt the recipe to make it vegan. You can substitute the butter with a vegan alternative. There are also egg replacements like a flax egg you can use. The buttermilk can be replaced with a milk alternative, my recommendation is cashew milk.

How to Reheat Apple Cider Donuts?

Apple cider doughnuts never really reheat well. You can put them in the microwave for about 15 seconds to soften them up, but you may need to coat them with cinnamon sugar again. Do not try to re-fry these doughnuts as they will simply get very greasy inside. 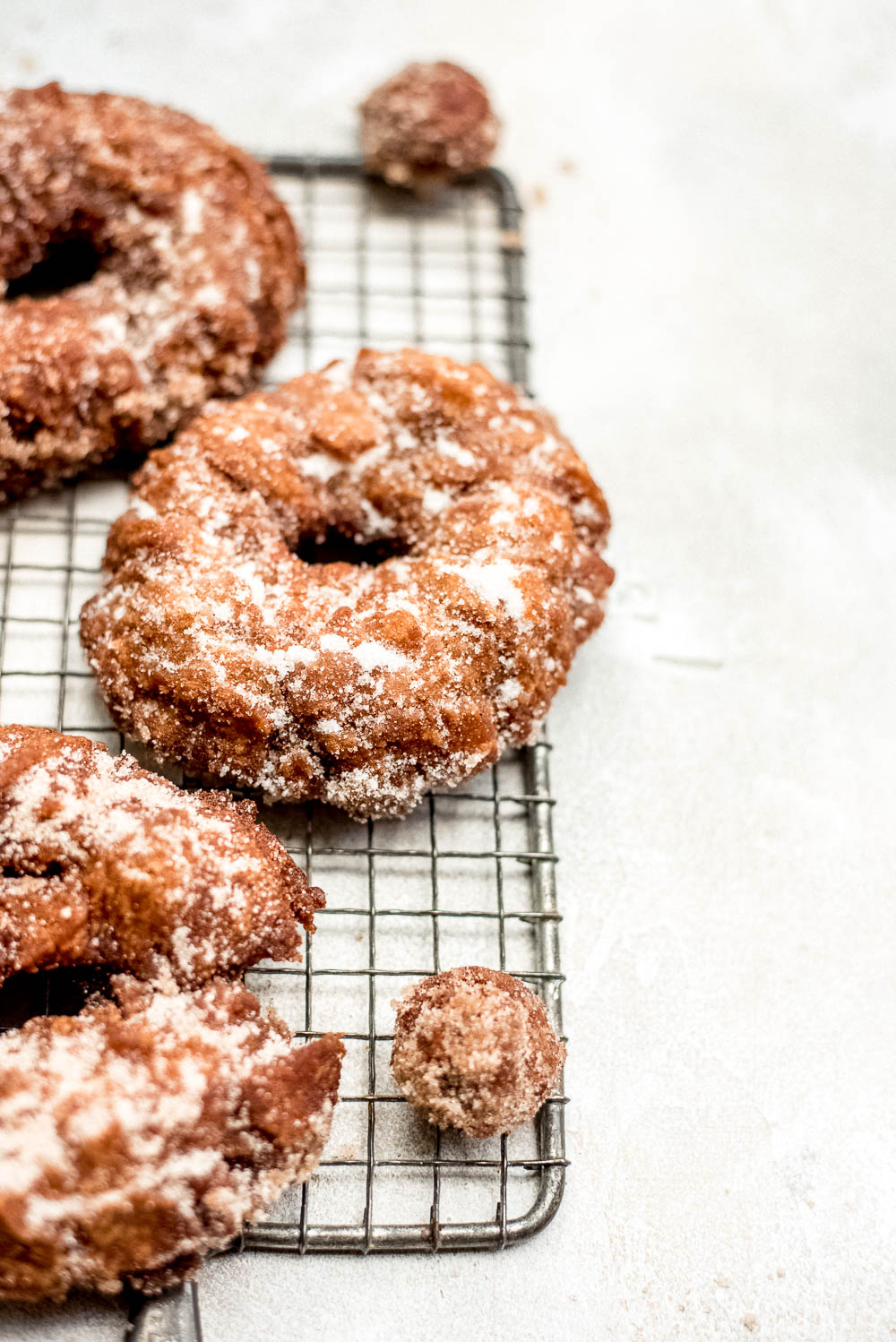 They taste like apple, spice, and everything nice!! Sorry, I couldn't help myself, but these doughnuts are just so perfectly autumn-y. Delicious infusion of apple and warm cinnamon with just a hint of nutmeg. Absolutely perfect. They're a little dense, like a cake, and the nooks and crannies get a little crunchy. Those little crunchy bits are my favorite. 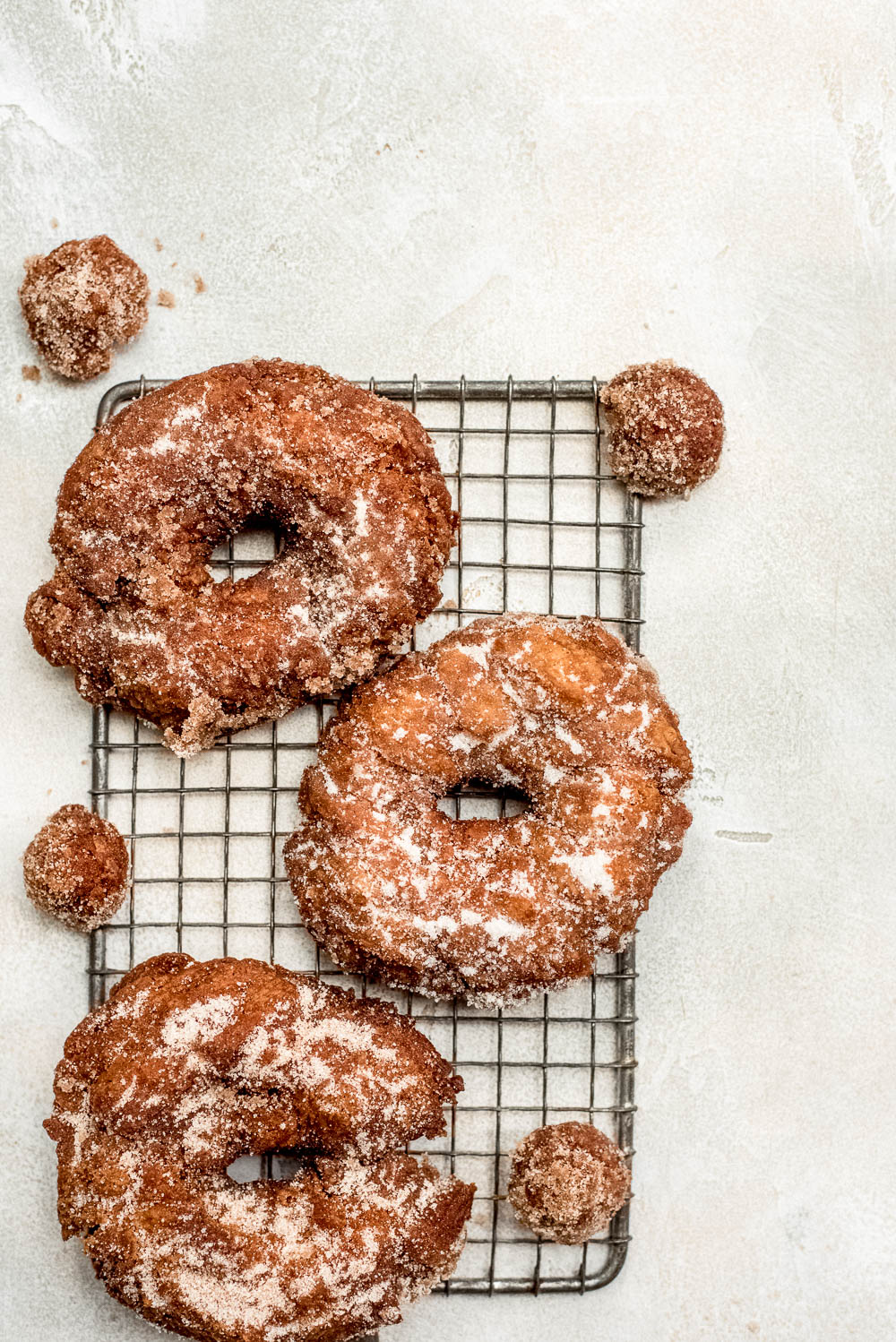 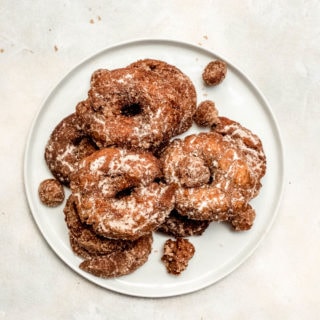