A deliciously comforting apple cider doughnut cake with a hint of honey. It isn't fall without making this cake! 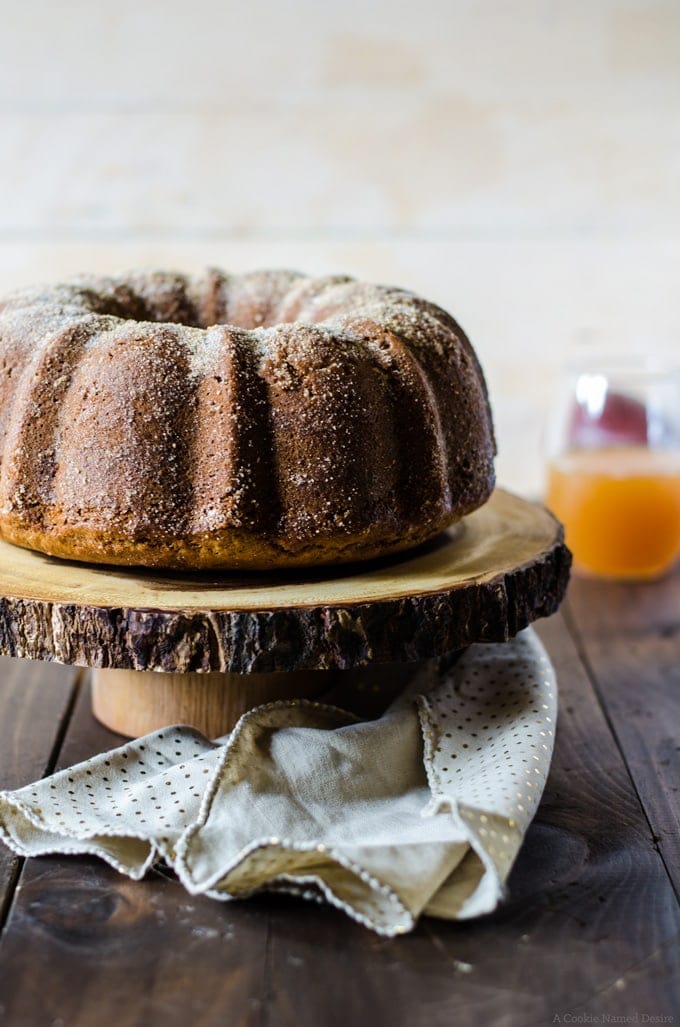 I love pumpkin everything during fall. I've got pumpkin spice everything and proudly sip on my PSL while wearing my favorite black knit Uggs. Apples, however, are probably my favorite fall food and I especially love apple cider.

When I was a kid, my mom would buy sparkling apple cider all the time and I would drink it in a fancy glass and feel so grown up. Now that I am older, I buy gallons of apple cider during the fall and I drink pretty much just that paired with an apple cider doughnut from the local farm.

Apple cider doughnuts are the best part about fall if you ask me. I love when they are fresh out the fryer with clumps of cinnamon sugar stuck in the inner nooks and crannies of the doughnut. I've never seemed to be able to master a fried apple cider doughnut, so I usually make a baked version which is still amazing - and lighter on the calories! 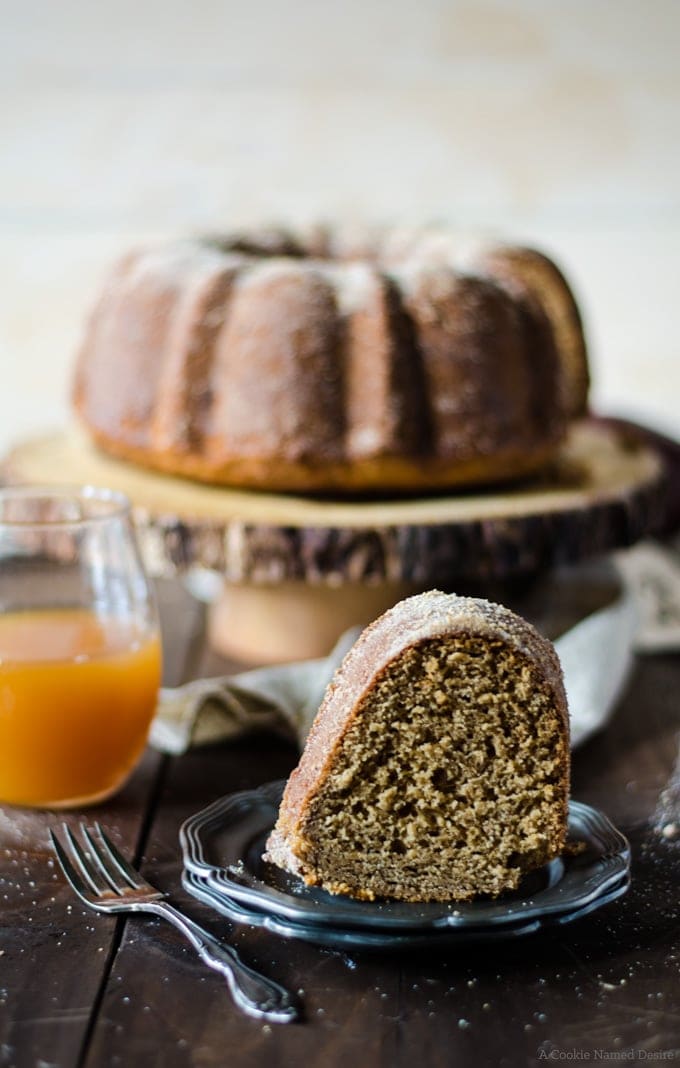 I became friends with another writer a few years ago when I used to work as a freelance copywriter. One day we had a conversation about drying out honey to make a crystallized honey we could crush and use in place of sugar. I never got around to experimenting with that theory, but when I saw that Tate and Lyle came out with honey granules, my mind immediately went to that conversation.

I thought it would make the perfect addition to my apple cider doughnuts for a subtle honey flavor. I also had a few guests coming by, so I thought I would experiment with turning my baked doughnuts into an apple cider doughnut cake. The result is an incredibly flavorful, warm, and moist cake that was gone before the night was over. 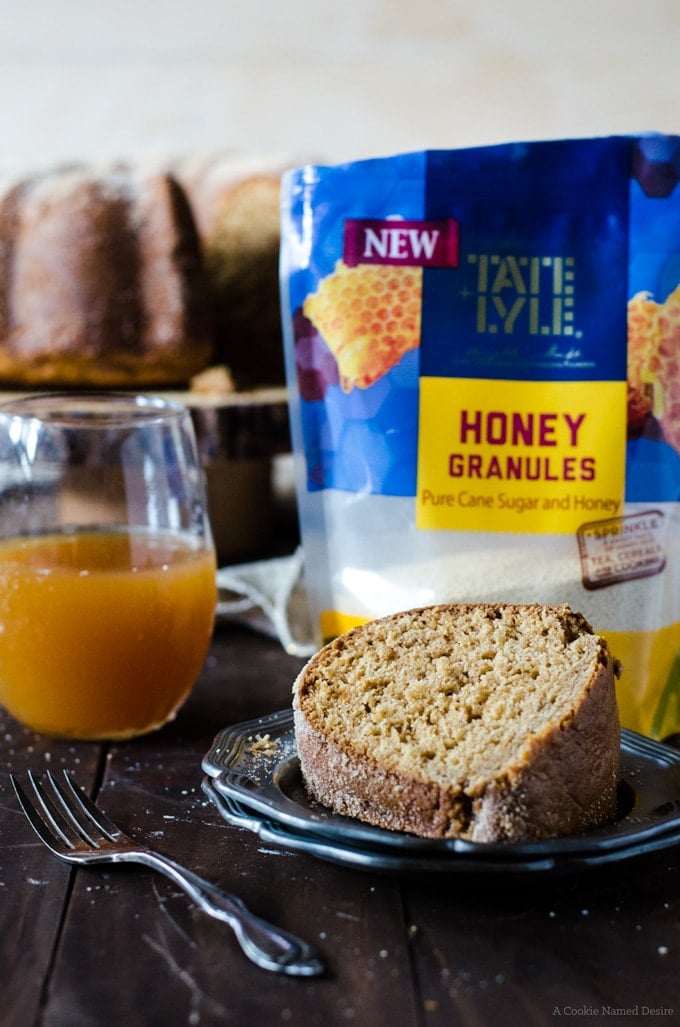 In case you were wondering, Tate & Lyle Honey Granules aren't actually just crystallized and powdered honey. It is actually a blend of pure cane sugar and honey. This gives it a nice balance of sweetness and a light honey flavor. You can use it as an exact replacement to regular sugar to give your baked goods more depth of flavor by adding honey undertones. You can also use it to replace honey. Every cup of honey in a recipe is the same as one cup of Tate and Lyle Honey Granules, plus another ¼ cup of liquid.

It has a sweet apple flavor that is intensified with that subtle honey flavor. I used my own special blend of spices (I am obsessed with cardamom) to complement the flavors of the cider and Tate & Lyle honey granules. This cake makes the perfect treat to have with coffee or tea any time of day! 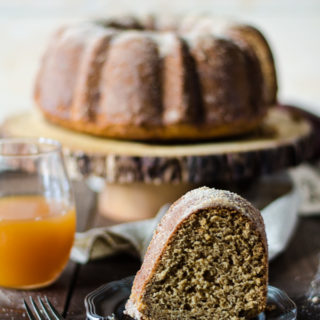