An easy-to-follow guide on how to make homemade yogurt using what you already have in the house - no fancy equipment needed! Now you can have freshly made yogurt for a fraction of the cost. This foolproof yogurt recipe will be a new staple in your home. 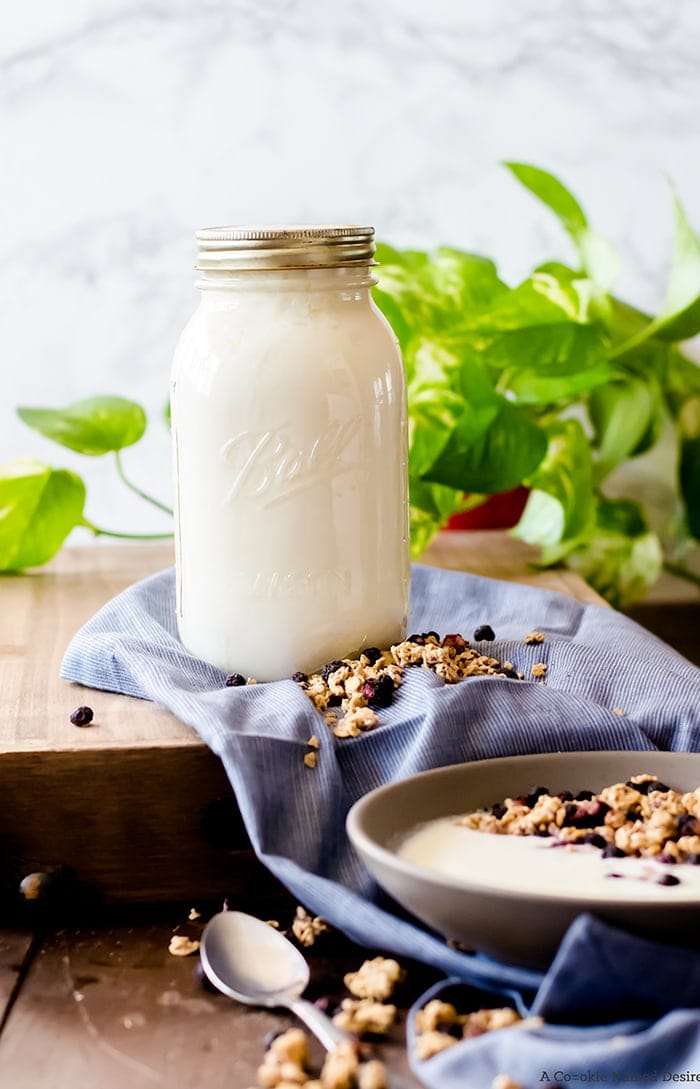 I am the kind of person who will come up with some random thing they decide they absolutely must do and latch on until it's done. I am talking all-out obsessing over it and finding out everything I can and what materials I need to do it and how much it'll cost and on and on and on. Well, this past few weeks it's been learning how to make yogurt at home. My daughter and I love yogurt and go through a quart of yogurt in a few days. At just under $5 a quart, it can get pretty expensive. I have this book that I love getting inspiration from called Homemade Pantry that had a section on making yogurt at home..... but she uses a yogurt maker which just feels like cheating to me.

While I looked up prices of yogurt makers, I knew I wanted the challenge of doing it "the old fashioned way." Making something like yogurt at home makes me feel as though using a machine to make it takes the fun out of it. Besides, I want to show you that you don't have to spend any additional money on a yogurt maker if you don't want to.

When I first attempted to make homemade yogurt, I didn't use a thermometer because I wanted to see if I could use visual cues (because again, I wanted to see if I could make it this way if you don't have a thermometer available). I got distracted with switching shows on Netflix (anyone else like to watch stuff on their phones or tablets while they cook? My latest Netflix obsession is Lost Girl which is kind of weird, but I can't stop watching it!) and let the milk boil over which is something you do not want to have happen. At this point, the yogurt I used as my starter (more on that later) was not added, so the milk was still usable. I just had to transfer pots because there was now bit of burnt milk on the bottom of my pot and swimming around. Ew. The end results smelled like yogurt, and certainly tasted like yogurt. Sweet! It kind of reminded me of smetana in a way - I really liked it and so did my daughter!

But what you want to look for when you are not being distracted by Netflix, is steam and a lot rumble, especially at the edges. It may even look a bit foamy at the top and/or sides.

The second time I made it, I used a thermometer and made sure I did not let the milk burn at the bottom of the pot. It was perfect! I still believe you don't need a thermometer to make homemade yogurt as long as you aren't me and won't get too distracted. 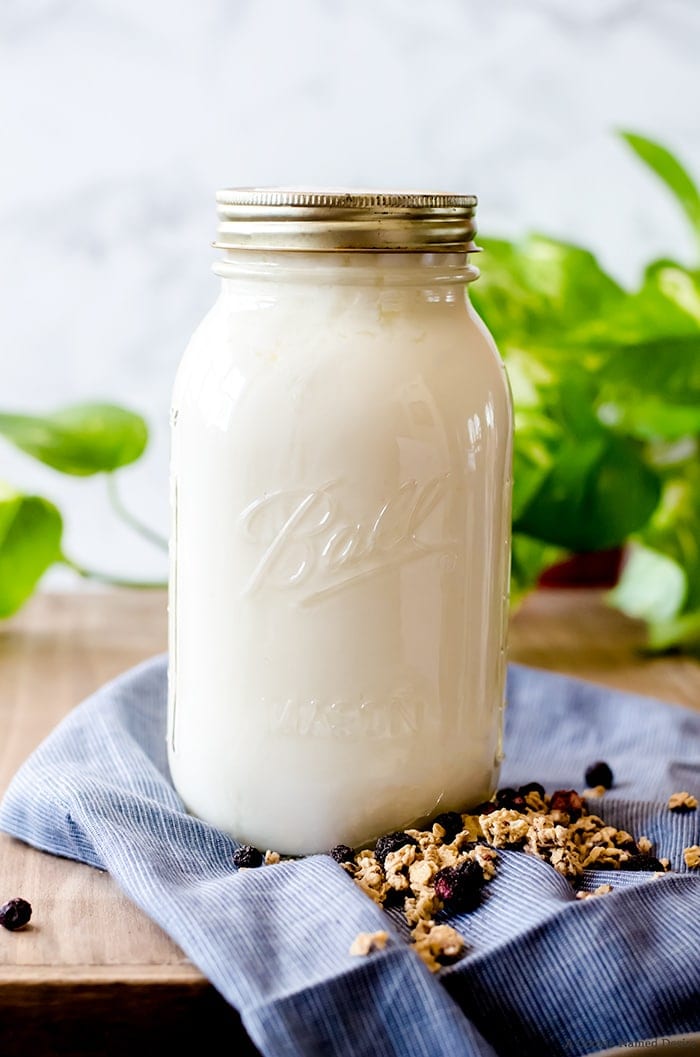 To make homemade yogurt, you will need a starter. You can buy powdered yogurt starter, but store-bought yogurt works too, and is what I use in this recipe. If you use store-bought yogurt, you have to use plain yogurt - the more culture varieties, the better it is for you. If you want flavored yogurt, you can add your flavorings after the yogurt is finished. You also need to use a heavy lidded pot that can retain heat well and a way to keep the pot warm. You can either keep the pot in the oven with the light turned on, or wrapped in a towel. My oven light gets the over really warm, so I wrap my pot in a towel and leave the oven light on for only an hour or so before turning it off.

Can You Make Yogurt With Heavy Cream, Almond Milk, or Coconut Milk?

Yes, you can make yogurt with heavy cream. The yogurt will be thick, and also higher in fat. I recommend using this this yogurt for desserts or for indulgent flavor varieties.

You can make yogurt with almond milk, coconut milk, and other milk alternatives, but it is a bit more complicated. You cannot use commercial almond milk due to the preservatives and thickeners. Unlike traditional dairy yogurt, you cannot use store-bought milk alternative yogurts to make more yogurt. You need to buy yogurt starter and make a fresh batch of yogurt every time instead of using the previous batch to make more yogurt. This type of yogurt also needs to be thickened - gelatin and pectin are popular choices. For these reasons, it can be more costly to make milk alternative yogurt at home. 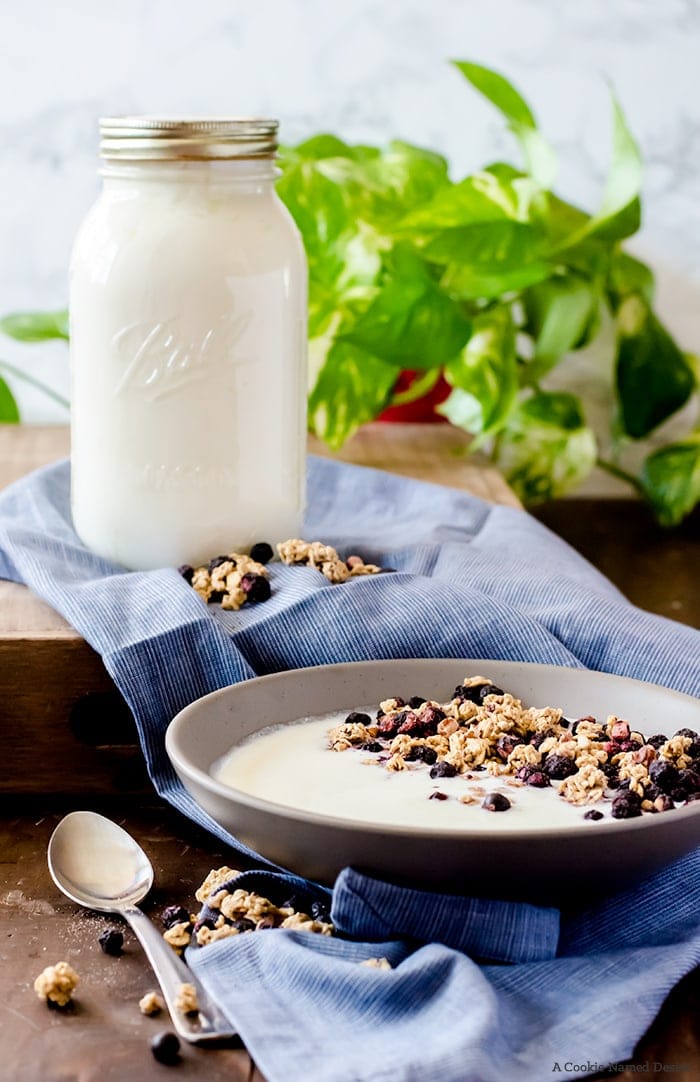 How to Make Yogurt in a Crockpot

If you want to make yogurt in a crockpot, all you need is a bit of extra time. It is a slower process, but perfect for someone who wants to make double or triple the yogurt. First, you must heat the milk on low in the crockpot. This will take roughly 2 -3 hours. Then you turn off the heat and allow the milk to come down to the temperature of bath water. Mix some of the milk with the yogurt and then mix the yogurt mixture into the milk in the crockpot. Keep the crockpot off, but in a warm area overnight.

How to Make Yogurt in an Instant Pot

Luckily, there should already be a yogurt option on your instant pot which makes it easy to use, but the exact process may still be confusing. First, you need to add the milk to the instant pot and set the yogurt setting to boil (the valve should be set to sealing). Once it is finished, allow the yogurt to cool down to bath water temperature. Use some of the milk to stir into your yogurt, then add the yogurt to the milk. Now you want to set the instant pot to the normal yogurt setting (the valve should be set to sealing or venting). Your timer can be set for 8 - 12 hours, depending on how tart and thick you like your yogurt. 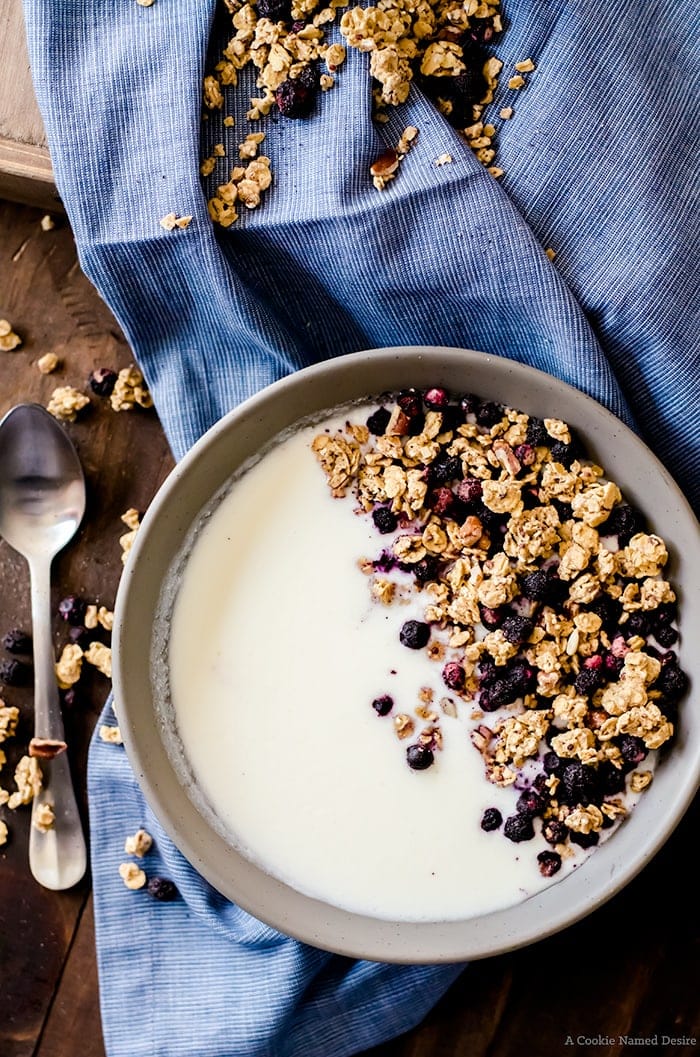 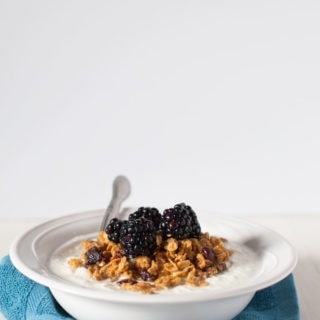 How to Make Yogurt (Without Fancy Equipment)

*You only need store-bought yogurt the first time you make yogurt at home. After this, you can use the yogurt you've made to make more yogurt.-Store in the back of your refrigerator. Will keep for about two weeks.-To simplify my life, I've been transferring the yogurt/milk mixture directly into jars which I cover tightly and wrap in towels and leave in a warm, dry area instead of using the pot. I then flavor my yogurt in a bowl as I measure out what we want to eat that morning.
Tried this recipe?Tag me on Instagram! @acookienameddesire #acookienameddesire