Don't have time to bake today? Pin it for later! 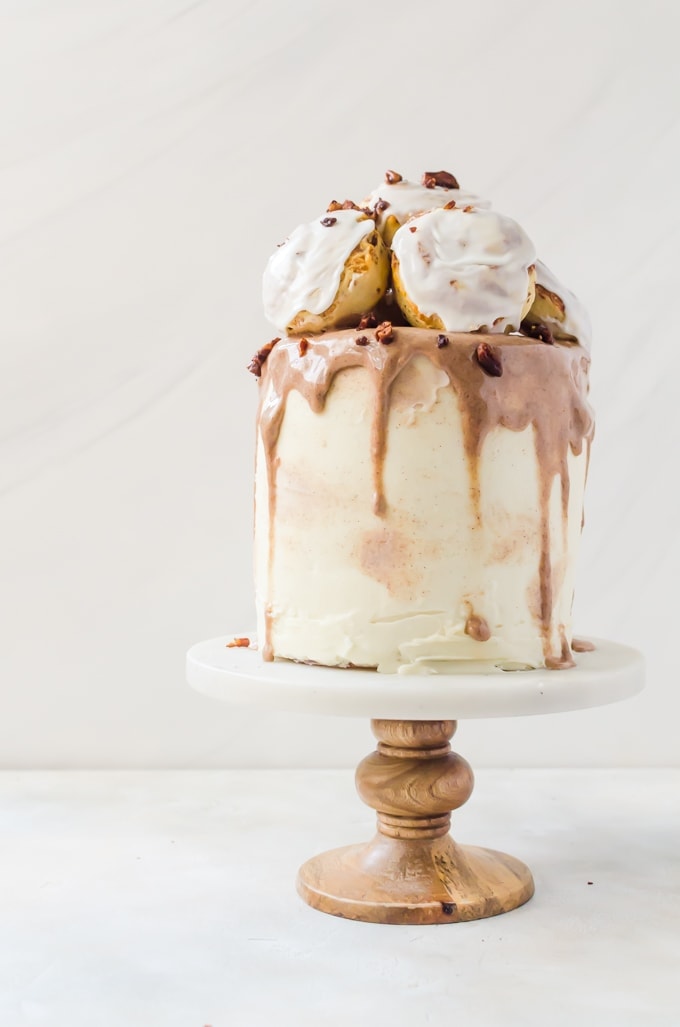 Today is my birthday! Hurray me! I didn't make this cake for my birthday, but I thought today would be the best day to share it. I mean, look at it. Just look. How can you possibly resist this cake?

I'll be completely honest with you. Birthdays..... my birthdays... have not been my favorite. Especially those leading up to my 30's. I always felt embarrassed by turning another year older because I felt I wasn't living the life I was supposed to be living. 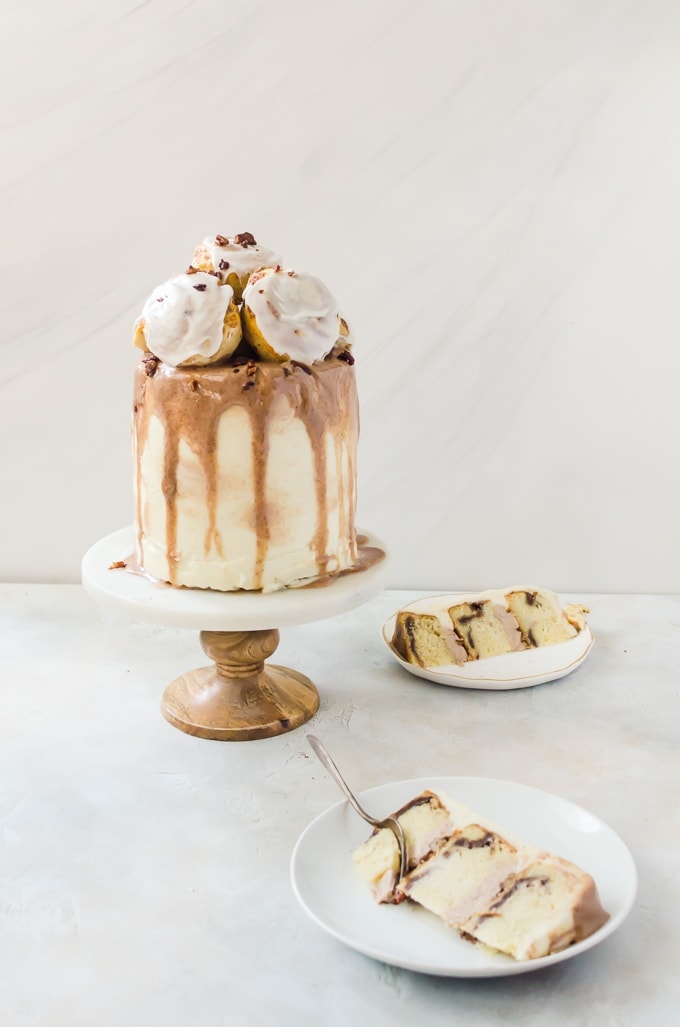 I thought that by my age I should be married and have another child and have and be doing so many things that I don't now.

Honestly, I felt like my birthday was just a reminder of how much I was failing at life. There have been times I would shut myself away from the world and pretend like it wasn't happening.

Even this year I told people that I was canceling my birthday indefinitely due to unforeseen circumstances. Last night I was feeling so grouchy about things in my personal life and feeling so frustrated and helpless about them.

What an awful lead up to my birthday, I thought. 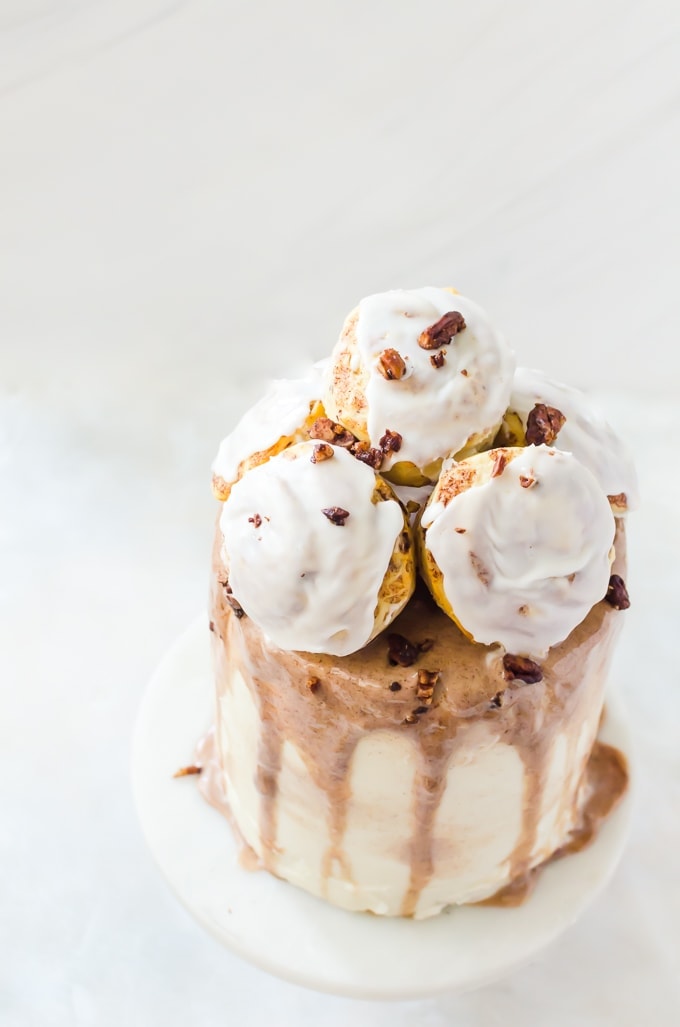 But then this morning... something changed for me. Maybe it is getting a year older despite my attempt to cancel it.

I realized that all this day represents is the fact that I was able to survive another 12 months on this planet without totally messing everything up. Just because I am not living the life that society has always told me I should be living.

Just because I am not living on my own... or married... or making X amount of money, doesn't mean that I am not doing well in life overall.

Somehow I've managed to raise a very smart and empathetic little girl. I am running my own small business, and while I may not be as successful as some others, I know with everything in me that it will happen.

I have friends and family who love me and even though I may grump about them, they mean the world to me and I am so grateful for them. Through what I do here, I've been able to have some really great experiences and meet some truly amazing, talented, and inspiring people who believe in me and push me to be the best version of me possible. 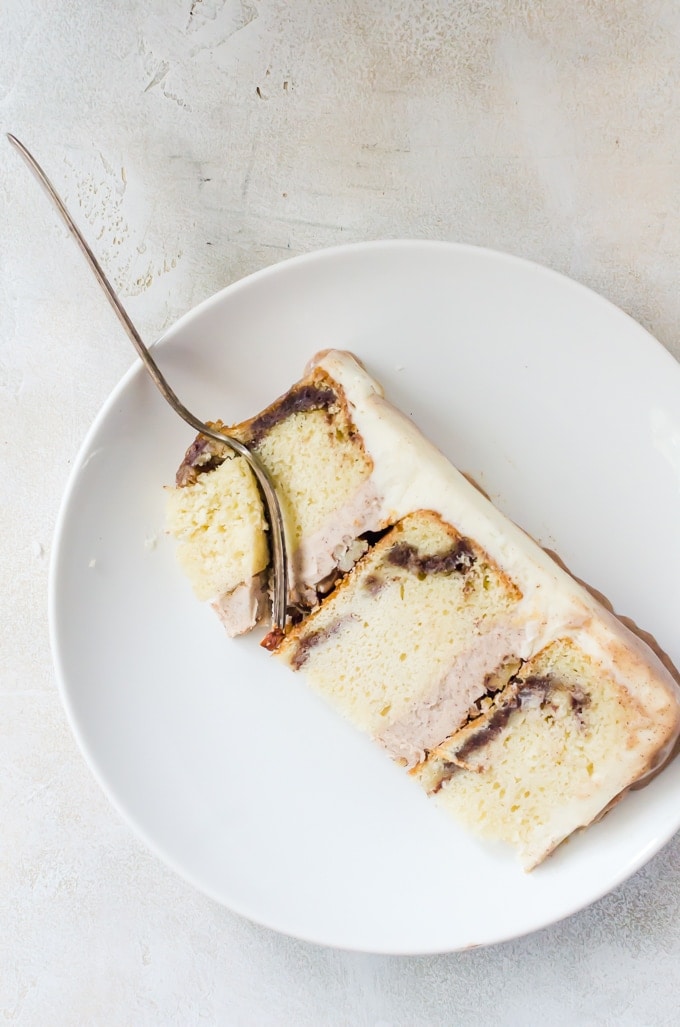 The tagline of this blog is to "live life sweetly," and I intend to embrace that more fully this year.

To spread more happiness and more smiles and more confidence to those around me. Whether it be through a tasty treat, or a kind smile to a stranger or a free ear and open shoulder for someone who needs it. I am going to do my best to bring more of that sweetness back into the world.

And I hope you will do the same with me.

Maybe we can start off by sharing a slice of this cinnamon roll cake with someone. I'll be honest, I didn't make the cinnamon rolls on top of the cake.

It was the first thing I baked in the new kitchen and I was spent working on the house to remember to whip up some dough for cinnamon rolls to put on the cake. 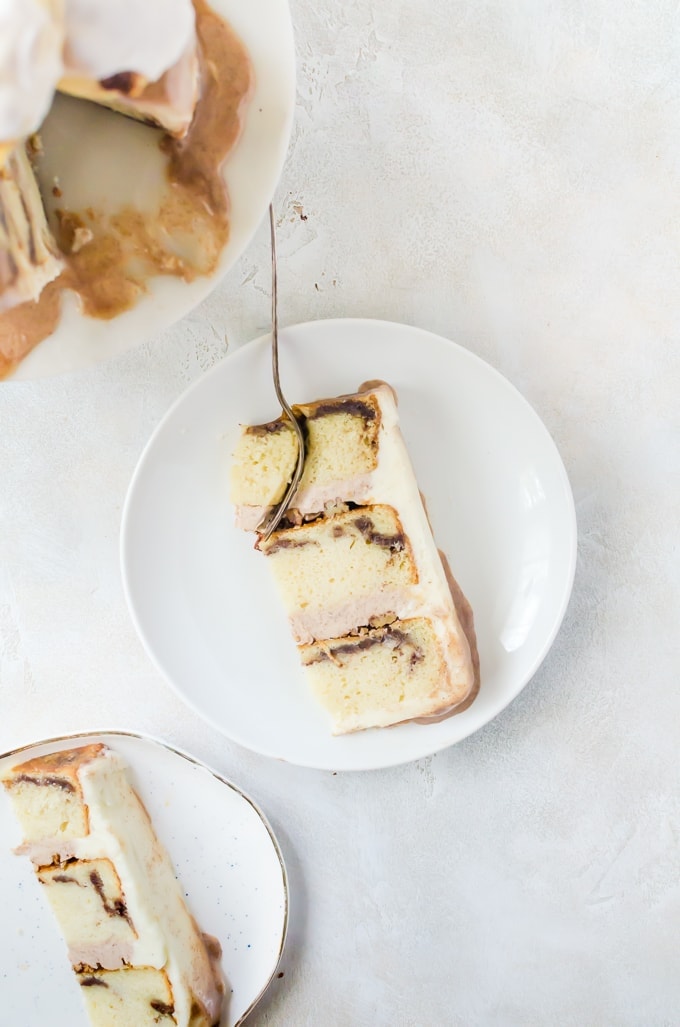 And let's be honest. If we are making a cinnamon roll cake from scratch, I think we deserve the occasional moment to rely on something we got at the store.

If you want to make some cinnamon rolls to go with it, more power to you! An even smarter thing would be to use any leftover rolls you have from earlier that morning or stored in the freezer. Either way, this cinnamon roll cake will be amazing!

Want to bake this cinnamon roll cake another time? Pin for later! 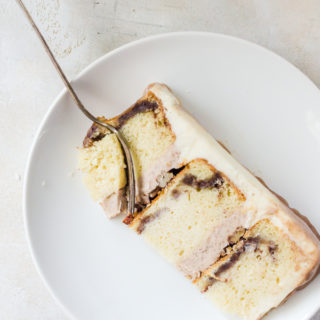 For the Cake Swirl