Start your morning with a delicious coffee-infused twist on the classic breakfast favorite. These coffee cinnamon rolls are the perfect way to begin your day. This post has been sponsored by The Folger Coffee Company. All thoughts and opinions are always my own! 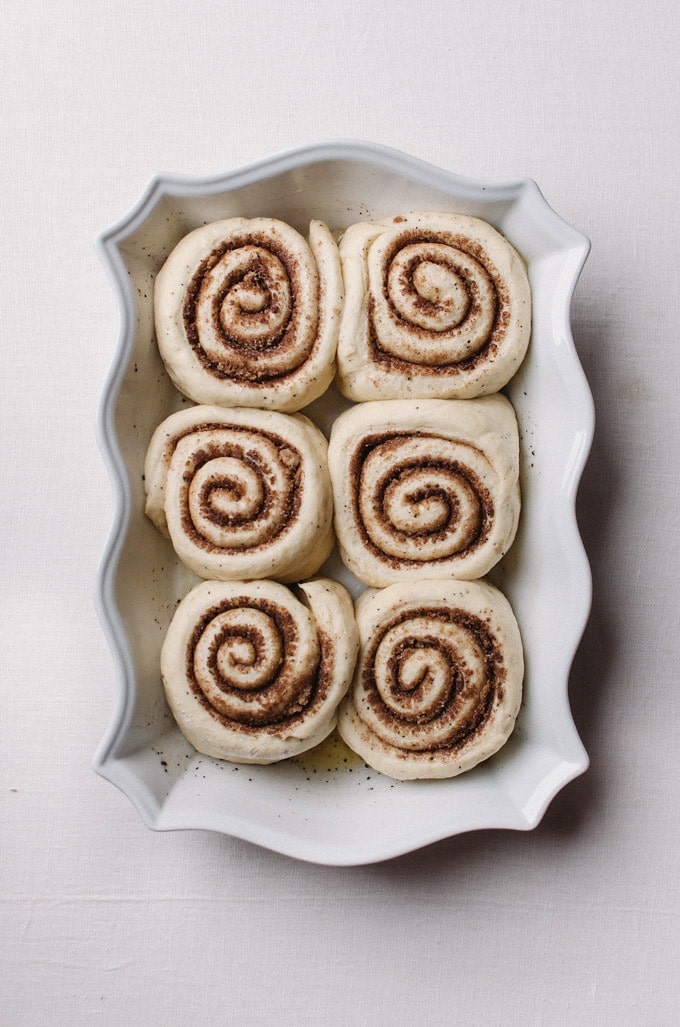 So, when I started this blog, I was not much of a coffee drinker. It was an occasional drink for me, and I didn’t really know what I was doing. Now, almost three years later, coffee has become a part of my daily ritual and is an integral part of my morning routine (I am drinking some now as I write this!). 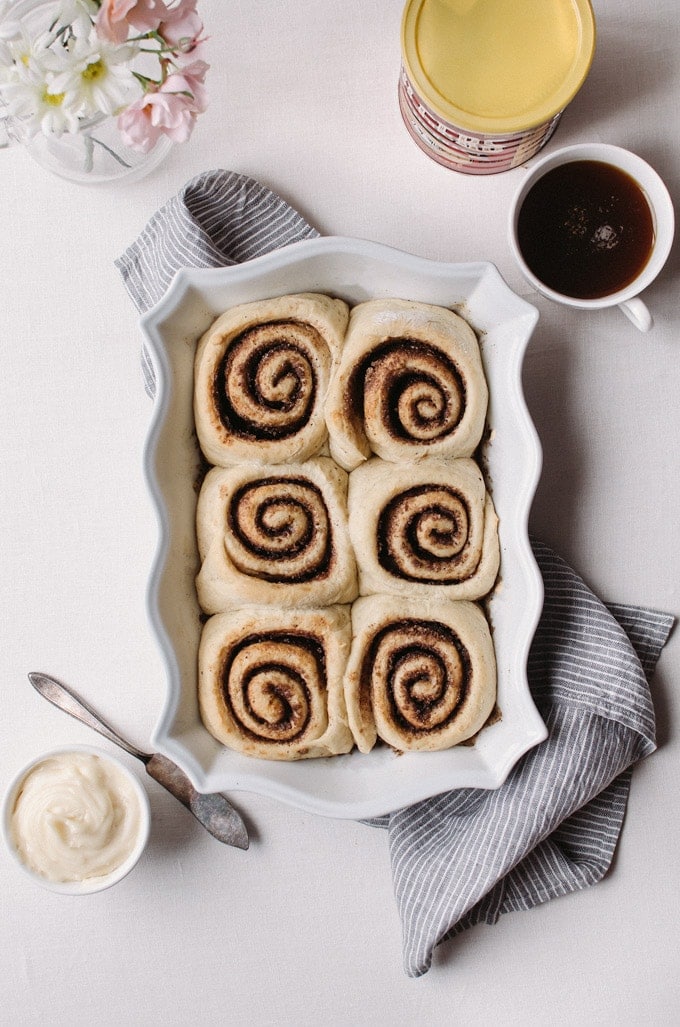 A big part of this is the fact that I love coffee in my desserts. I always loved coffee ice cream as a kid and after making my coffee cupcakes, I realized how amazing coffee is in baked treats too. A friend of mine shared muffins that used real coffee grounds to impart a delicate coffee flavor to them and I was immediately in love with the concept. The trick is to heat the coffee grounds which softens grounds so it doesn’t feel gritty when you bite into your treat. I decided to try this technique with coffee cinnamon rolls. 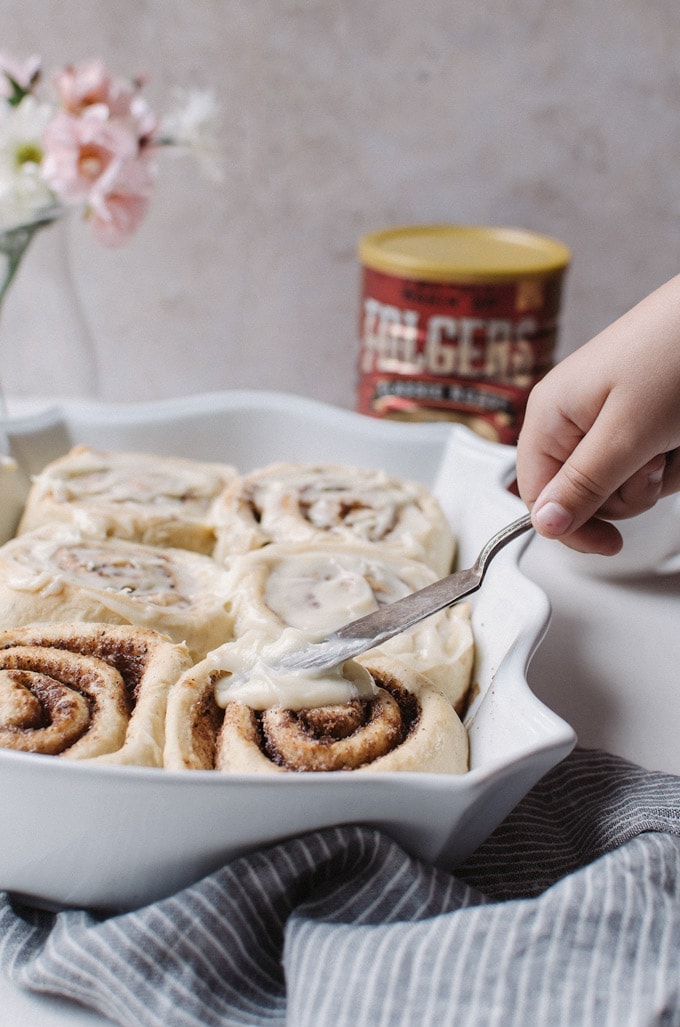 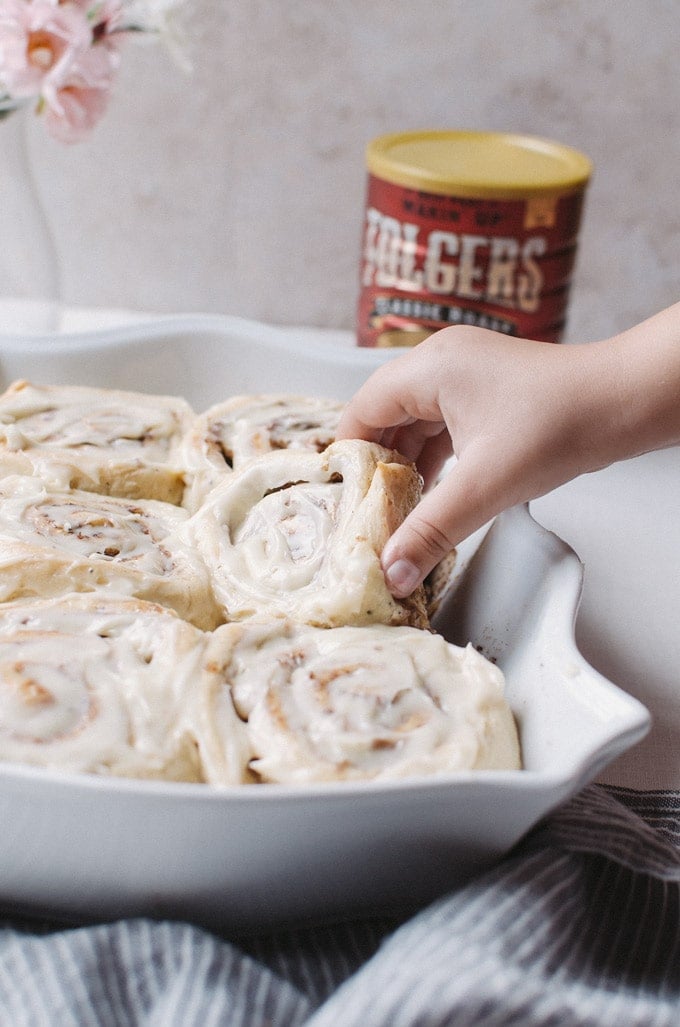 I used Folgers ® coffee which is a staple in our household and has been for years. What I love now is that Folgers ® released vintage-styled coffee cans that resemble some of their first packaging. As a collector of all things vintage, I was so excited about this because I love the nostalgia aspect. I love thinking about what things were like “back then” I feel like packaging was so much more fun before and the need to stay modern has been such a big focus, that it is so nice to celebrate origins and the notion of simpler times. For anyone who is as obsessed with Target and the cartwheel app (I am one of those people who has to stop and scan everything at Target before putting it in the cart), there is a 5% off offer on the app now for Folgers®! Also, these cute vintage cans are only being sold at Target, so get on that! 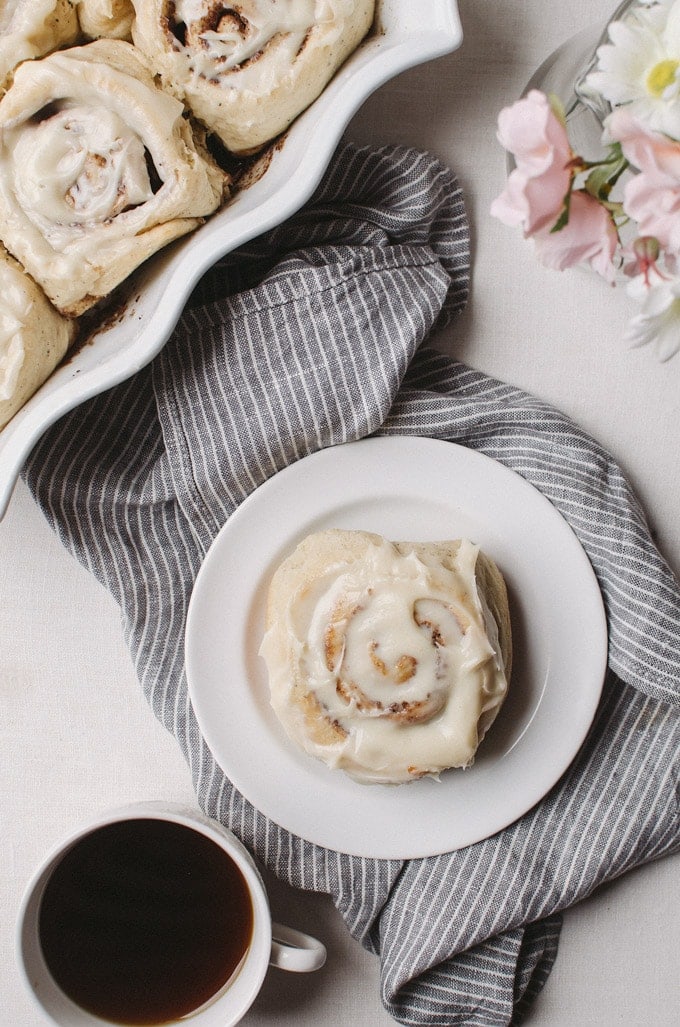 What I love to do when making these coffee cinnamon rolls is start the dough the night before, then finish in the morning. So, I will make the dough as normal, but instead of letting it rise for an hour in a warm, dry area, I tightly cover it and place it in the refrigerator to rise overnight. Placing in the refrigerator slows down the yeast, so it takes a lot longer for the dough to rise. I do this because A. I don’t want to wake up super early in the morning to make coffee cinnamon rolls and B. I feel like the slow rise really enhances the flavor of the dough. It’s completely up to you on what you want to do! 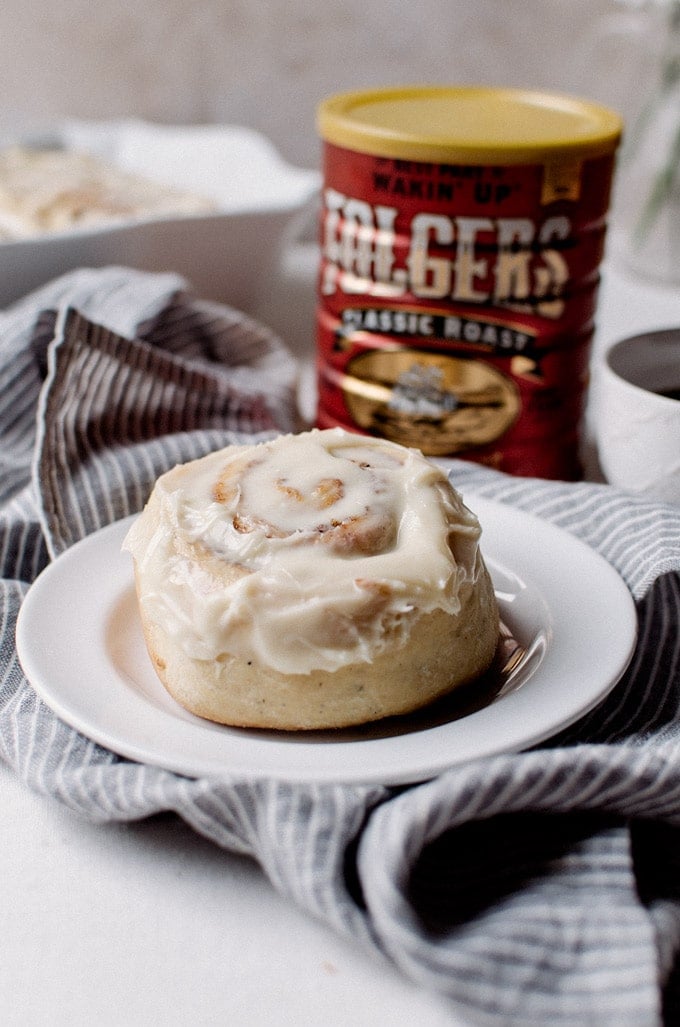 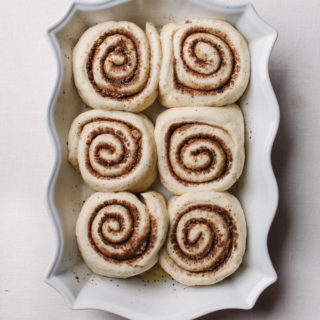