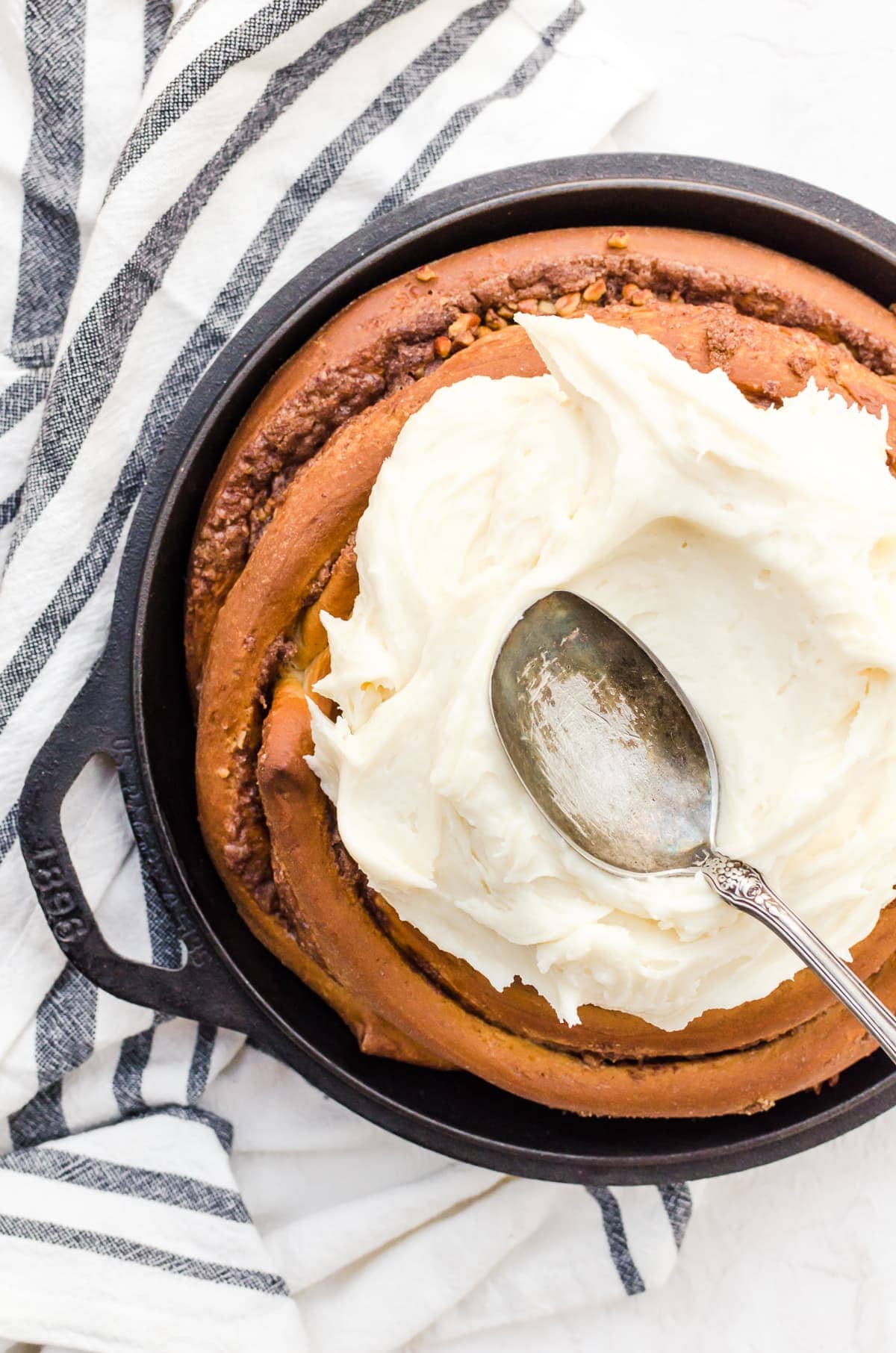 Cinnamon rolls  are the epitome of American breakfast food. Pair it with some bacon and eggs for the quintessential weekend breakfast in most homes in the country. You can't really blame us though. Who can resist soft fluffy swirls of bread stuffed with cinnamon then smothered in cream cheese icing?

Yeah, I am finding it hard to find any sane people who don't like it, too. 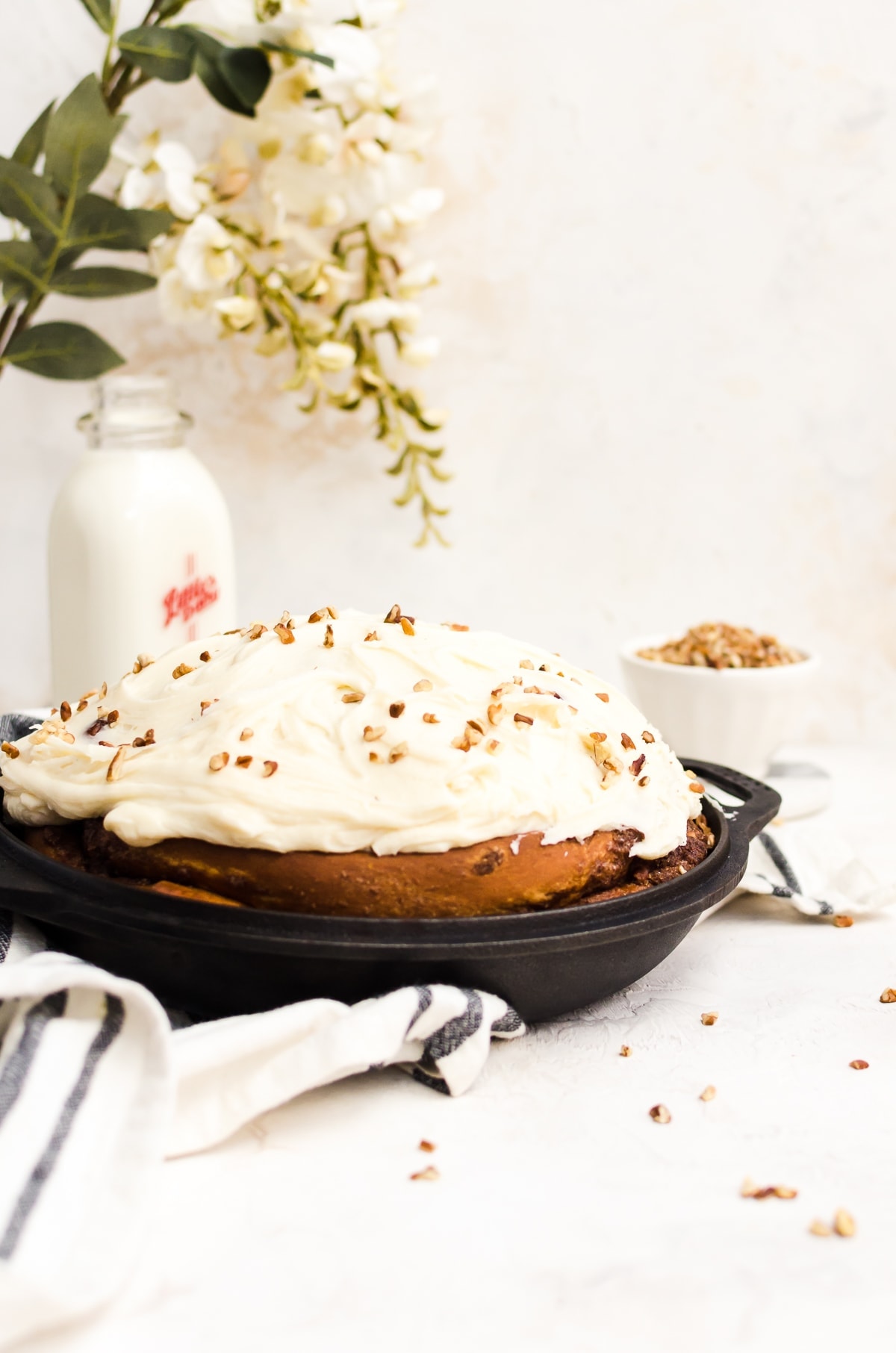 I was immediately on board when I first started seeing giant cinnamon rolls around. Like, that is basically my dream come true. Of course, in my dreams I am eating the roll on my own and not sharing a single bite. But at least while awake I feel good about sharing something so delicious with everyone around me.

Plus, offering someone some freshly baked giant cinnamon roll is the perfect way to bribe someone to help with chores around the house, babysit, or help pack/move in the future. Just something to consider if you ever think you may need a bit of help down the line. 😉 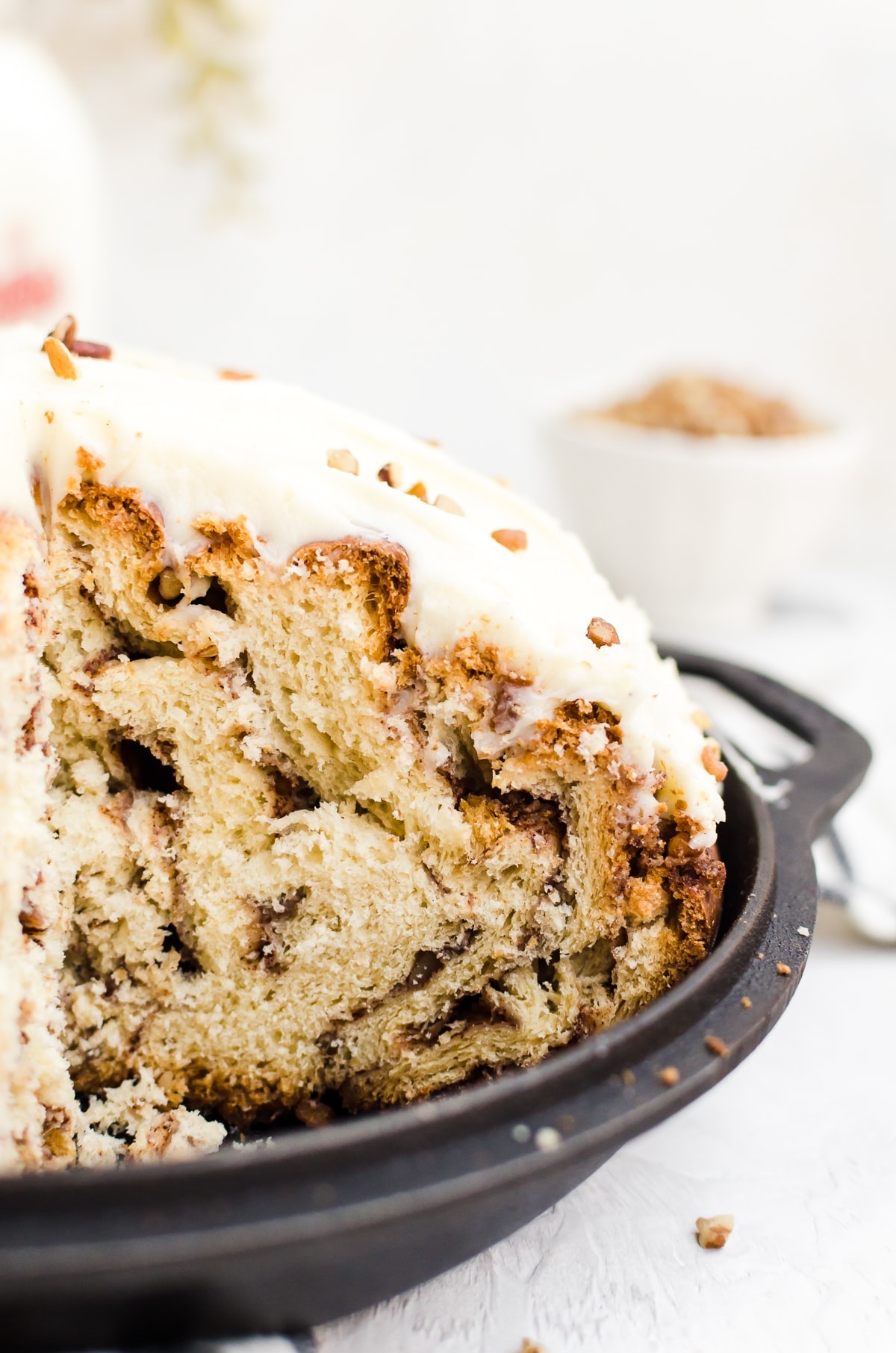 One of the biggest reason I hear people do not want to make their own bread-based food from scratch is that using yeast is too scary or too time consuming.

Using yeast to make bread isn't as scary as you might think. As long as your yeast is good, you should be okay. yeast bread is pretty forgiving for people so it is hard to mess up. Even if you don't knead it enough or too much, you can still end up with a pretty good giant cinnamon roll.

As for it being time consuming.... okay, yes, it can be, but a lot of that time is inactive, so you can still go about doing other things you need to get done. If you are really pressed for time, you can use quick rise yeast which usually cuts your time down in half. You can also start the processes ahead of time the night before so you can just pop the bread right in the oven in the morning.

I've also done some testing and verified that you can even make your giant cinnamon roll and freeze the rolled up, unbaked dough in the freezer for up to a month before you are ready to bake it. The trick is to make sure your dough is completely thawed before you pop it in the oven. The best thing for that is to leave the frozen cinnamon roll in the refrigerator to slowly thaw overnight, then leave the roll at room temperature, or in a warm, dry area as your oven preheats. 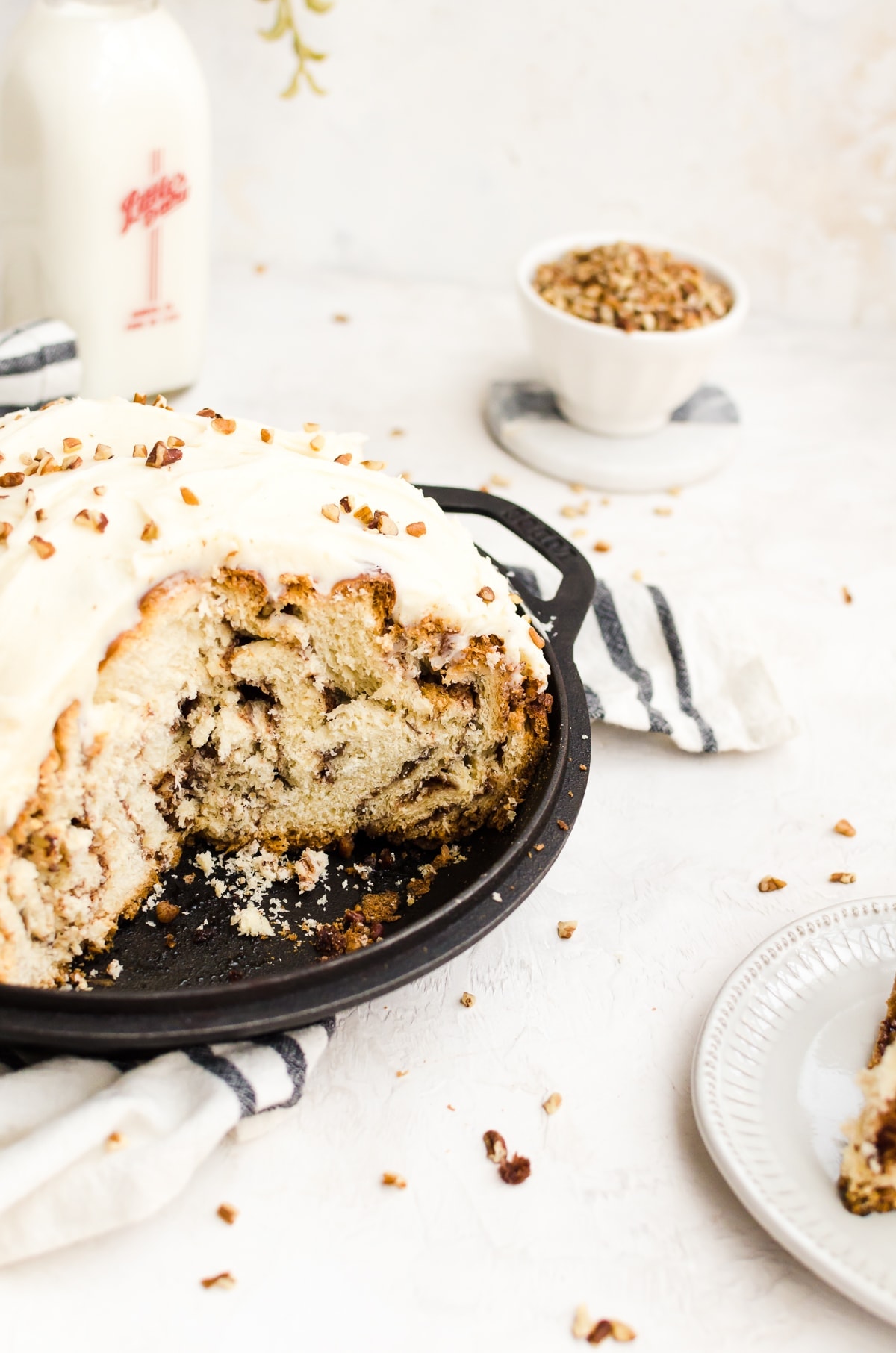 If, for some reason, you don't want to make a giant cinnamon roll, you can use this exact recipe to make regular-sized cinnamon rolls. Just roll into a long log, and cut out as many rounds as you'd like. I recommend using something like unflavored floss to cut the perfect-shaped cinnamon rolls.