Fudgy coffee brownies studded with walnut. These classic brownies will be an all-time favorite. 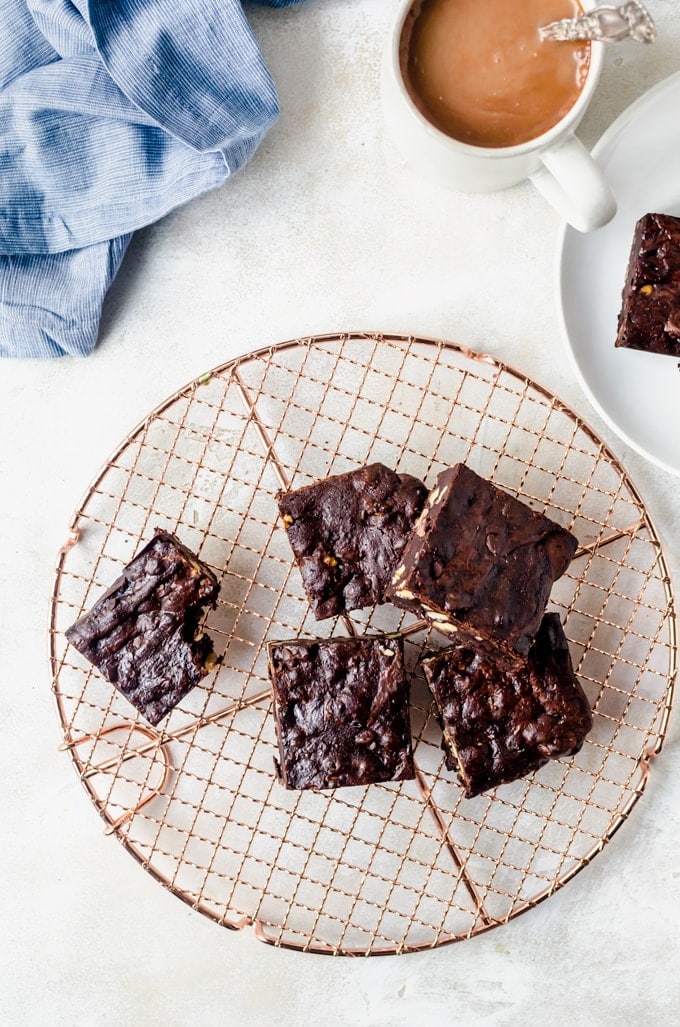 The first recipe of the New Year.... I thought about doing something healthy like a salad, but then I thought it would be better to stick with the essence of what this blog is... desserts. And what better than some fudgy coffee brownies to start things off? In the past year I've made quite a few different brownies like these blueberry brownies, cookie dough brownies, and peppermint bark brownies. It seemed fitting to continue that on into this year as well. I mean, come on... New Year, New You or New Year, New Brownies. Exactly, it's not even a choice. 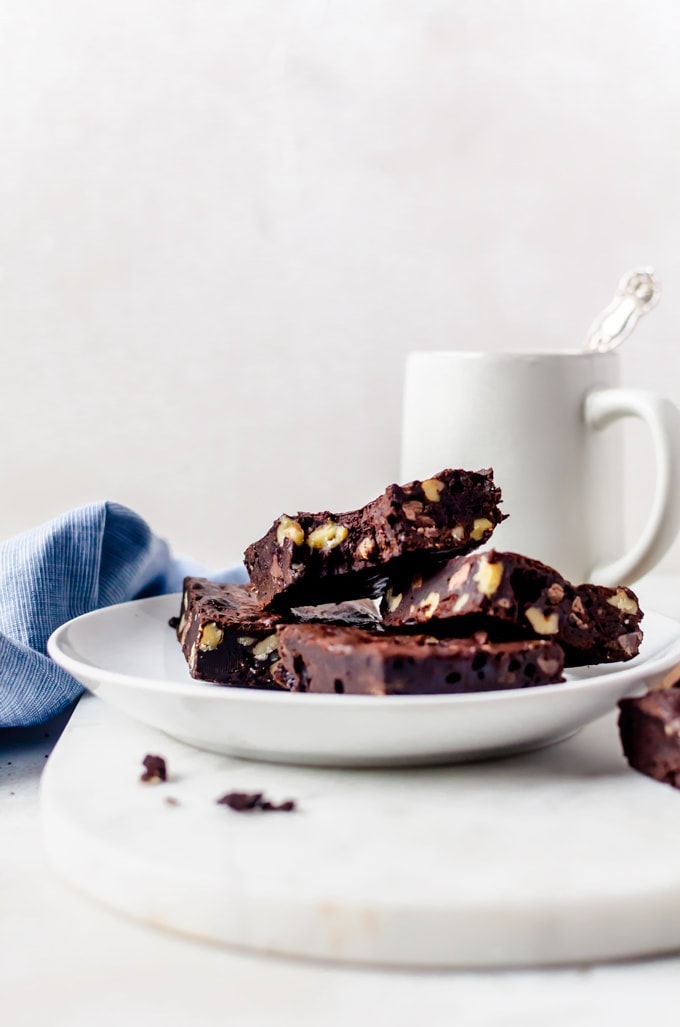 This recipe is adapted from the cookbook Southern Girl Meets Vegetarian Boy by Damaris Phillips. She shares southern meals with a vegetarian twist - plus carnivore substitutions for the non-vegetarians! The recipes are amazing, the photos are beautiful. She makes it hard to choose just one recipe to try - and whether or not to try the vegetarian or meaty versions. In the book she mentioned these brownies being like the ones someone she knew used to make and when I tried them, I was also taken back to brownies I also had when I was younger, but hadn't had in many, many years. It's that perfect nostalgia brownie that makes you want to hide under the table with the whole pan and a big glass of ice cold milk. (I may have done that with these brownies...let's not go into detail about that.) 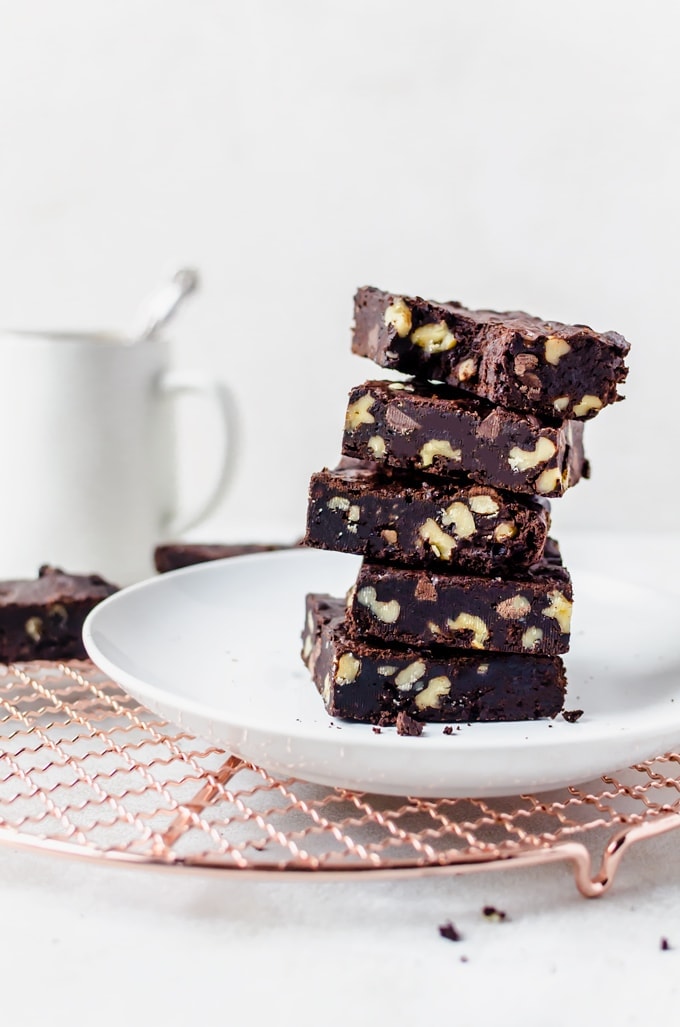 I made a few changes to her recipe, however. In the original version, we use black walnuts. To make it more accessible to more people, I opted for regular walnuts. She also calls them coffee brownies, but I did not taste the coffee enough. To give it more of a pronounced coffee flavor, I actually added a bit more than double the coffee in the recipe. These brownies are fudgy and a little chewy with an addictive crunch from the walnuts.