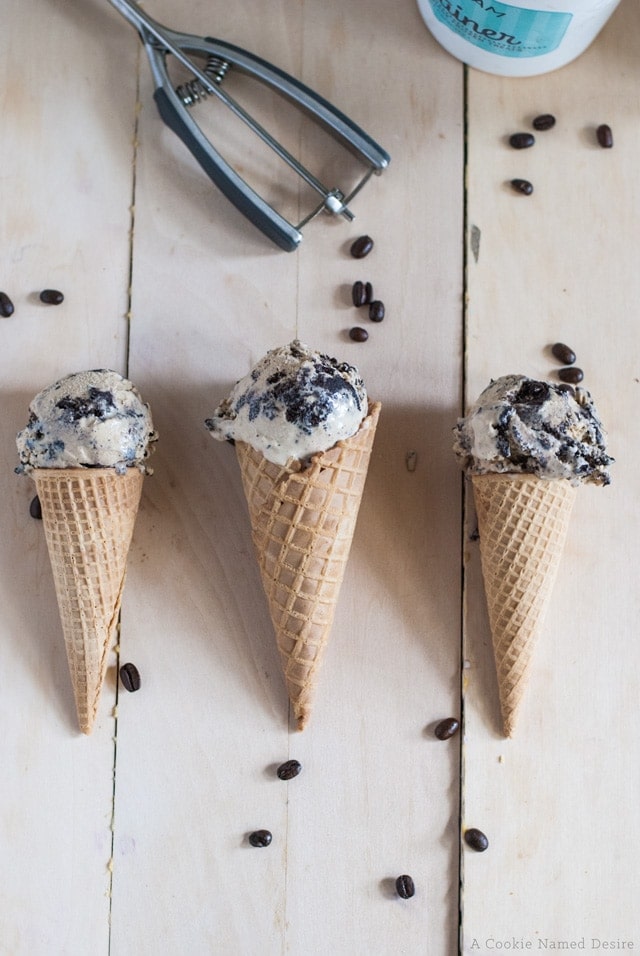 Oh my gosh, what a week we had. It seemed to go by so fast. A couple of days ago, I let the dog out, but had to run to N’s gymnastics class. I left the dog outside since she wasn’t finished and assumed someone would let her in. Although the dog isn’t my responsibility, I’ve been the only one taking care of her, but you’d think someone would think to let the dog in at some point, right? Apparently not. When I got home an hour later, I went to greet the dog, but she wasn’t where she normally likes to hang out. I went outside to call her in, but she isn’t there. Finally, everyone starts asking where she is and it is obvious no one knows where the heck the dog went. We all assumed she must’ve gotten out somehow. I did suspect something else must have happened because there were no signs of her digging under the fence, and I’ve seen this dog jump before, there was no way she could’ve jumped over the fence. Still, I went door to door asking everyone if they’ve seen the dog around. Seriously, I had about half the neighborhood helping us look. (I love my neighbors!) 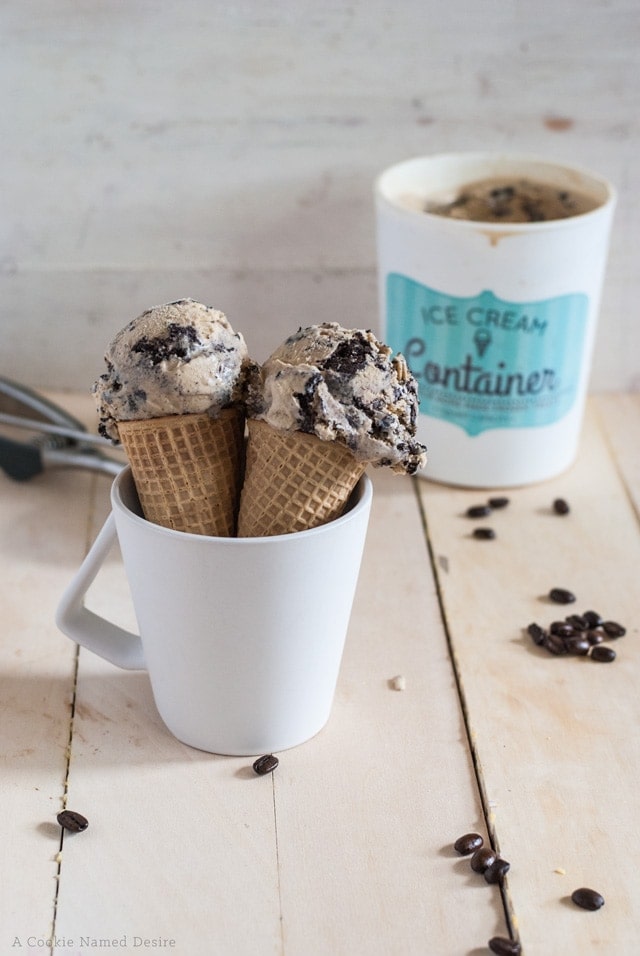 In the end, it turns out that Max’s owner stopped by since she was supposed to be dropped off back home that day. The owner knocked on the door (I guess no one heard him knocking), and the heard the dog barking out back so he went to check it out. Well, Max was so happy to see his owner, that he decided to just take the dog home early and left his business card stuck on the door. (It fell off by the time I got home and no one noticed it in our panic). What a nightmare that was.

When I was a child, I loved coffee ice cream. I actually loved the way it tasted, and it made me feel so grown-up and sophisticated. I think that ended up shaping my tastes in coffee later in life because up until recently, I could only drink coffee that reminded me of ice cream, lots of sugar a cream. It only makes sense that I make a coffee-based ice cream, amped up a bit with a nice helping of crushed Oreo for contrast.

Since I’ve been so obsessed with ice cream, I ended up buying a few new ice cream books, and was immediately smitten with the ice cream book from Ample Hills. Although I adored the method of ice cream making from Jeni’s Splendid Ice Cream, Ample Hill’s use of skim milk powder was really intriguing. I decided I had to try out one of their ice creams. I ended up using their strongest coffee ice cream base and paired it with Oreos to help cut down some of the strength from the coffee and lend a bit more sweetness. What I love about this coffee Oreo ice cream is how intense the coffee flavor is, and the skim milk powder helped to lessen the amount of milk and eggs needed in the custard.

All in all, this coffee Oreo ice cream is a real winner in my house and everyone is completely addicted. Their favorite part of the ice cream? Digging around for large chunks of Oreo. 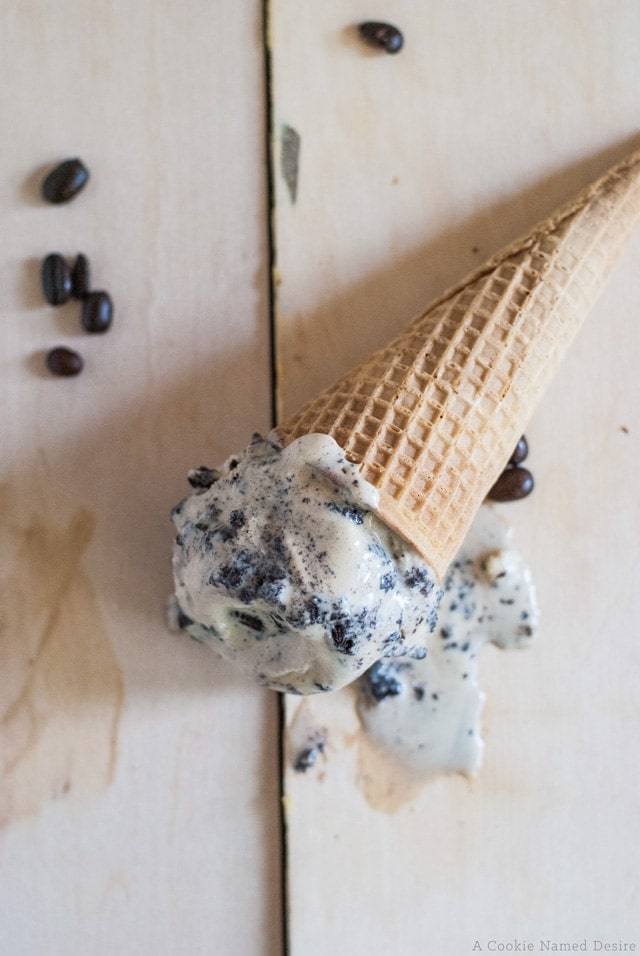 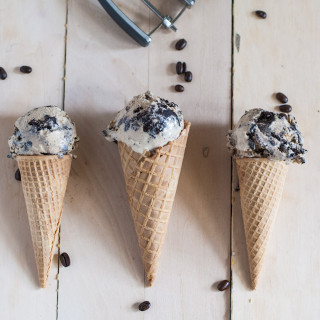 *I used whole coffee beans that I ground in a food processor. The coarse, freshly ground coffee releases the freshest and most distinct flavor. If you are serving this to children, you may opt for a decaffeinated coffee as this ice cream has a considerable amount of caffeine per scoop. Recipe adapted from Ample Hills
Tried this recipe?Tag me on Instagram! @acookienameddesire #acookienameddesire