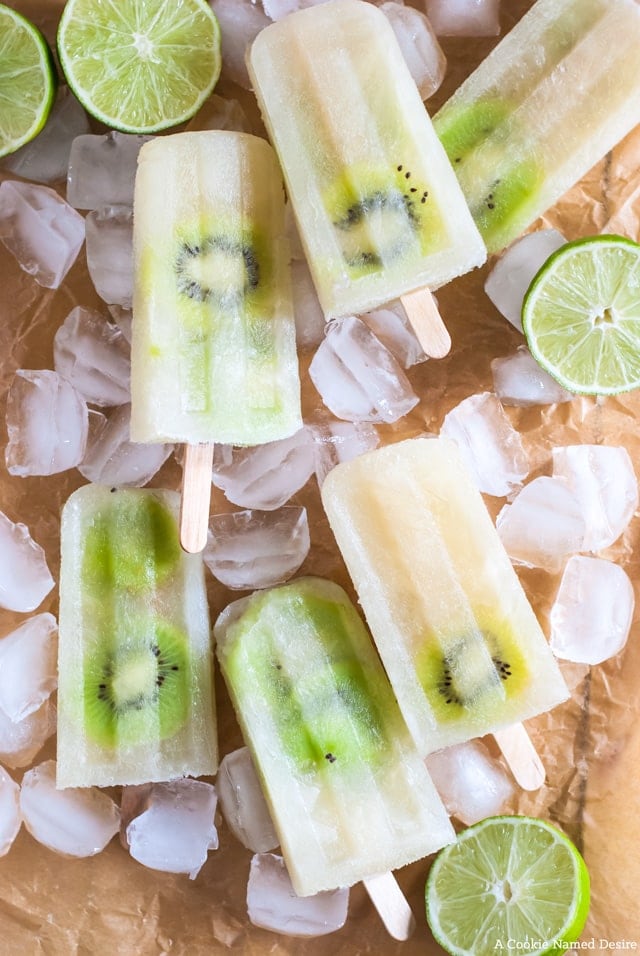 I don’t know if you know this, but it is popsicle weeeeeeeeek! I wanted to share popsicles with you all week, but life kinda got in the way. Anyway, I am here to share the one popsicle I’ve been obsessing over this summer. I’ve made this a few times already and can’t get enough of it. It is so quick and easy to make and this exact recipe can be left chilled and have as a cool summer cocktail. It’s.awesome.

I’ll be honest with you. Every year I get so jealous of people sharing their key lime recipes because I love key lime, but they don’t sell it where I live. But then I went to the World Market in Bed Bath and Beyond and they had a bottle of key lime juice and my day was made. I was so excited that I completely drew a blank and did not know what to make until I remembered that I needed a popsicle for #popsicleweek and making a kiwi key lime mojito popsicle was just the obvious choice. 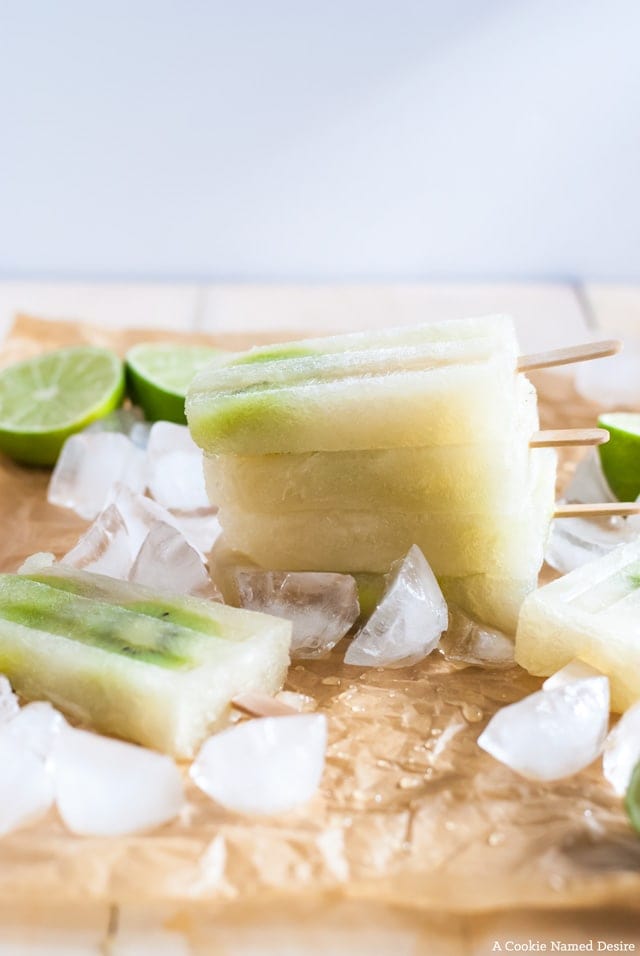 Rum is one of the top favorite alcohols I like to use in cocktails. One of my best friends, Ana, is from Nicaragua and during a trip back, she bought a collection of really expensive rum from her home country. She explained the history of rum in general and its significance in her home and gave us each our own bottle to keep. Don’t ask me for any of the facts because we did end up drinking some other rum she brought with her while she was talking. But since then, we spent the next few weeks experimenting with rum and making different cocktails and boozy smoothies. It was the best summer.

The kiwi key lime mojito popsicles remind me of Ana because it is sweet with a hint of tartness, and so much fun to have around during a party. 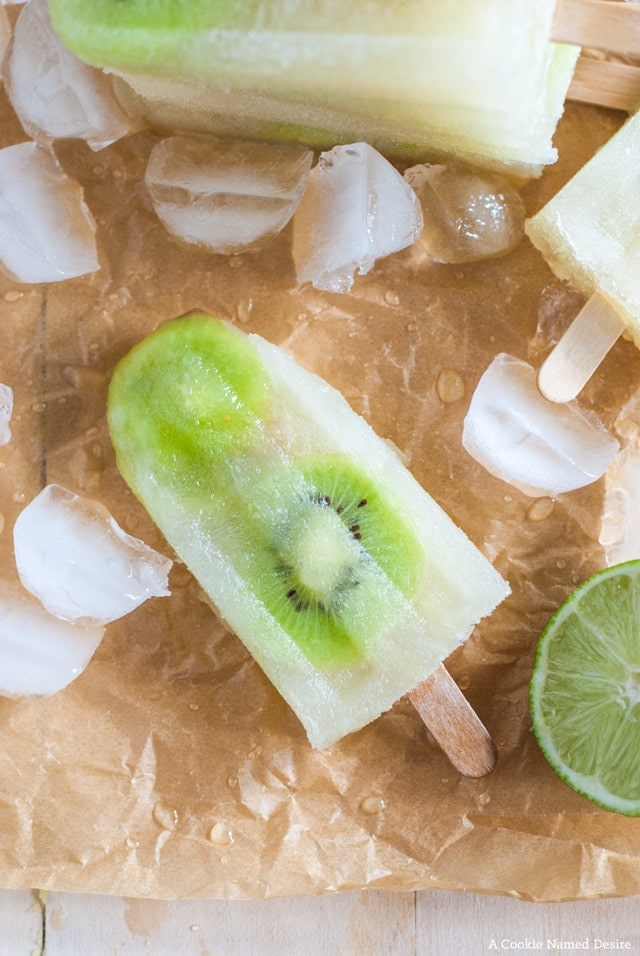 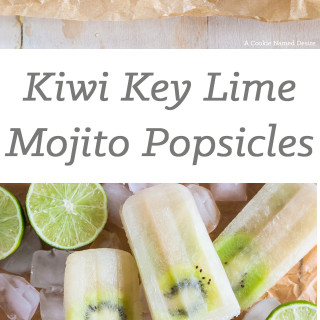 Tried this recipe?Tag me on Instagram! @acookienameddesire #acookienameddesire
B.T.Dubs.... if you haven't started using Yummly yet, I really recommend you try it out. It is kinda like Pinterest, but only for recipes. It's literally an online recipe box and I am obsessed with it. If you ever want to "Yum" any of my recipes (meaning save it to your recipe box), I've left Yummly links at the top and bottom of each post!