Fluffy moist Mexican chocolate cupcakes with a sweet and spicy chocolate buttercream frosting. There is no better way to celebrate Halloween! 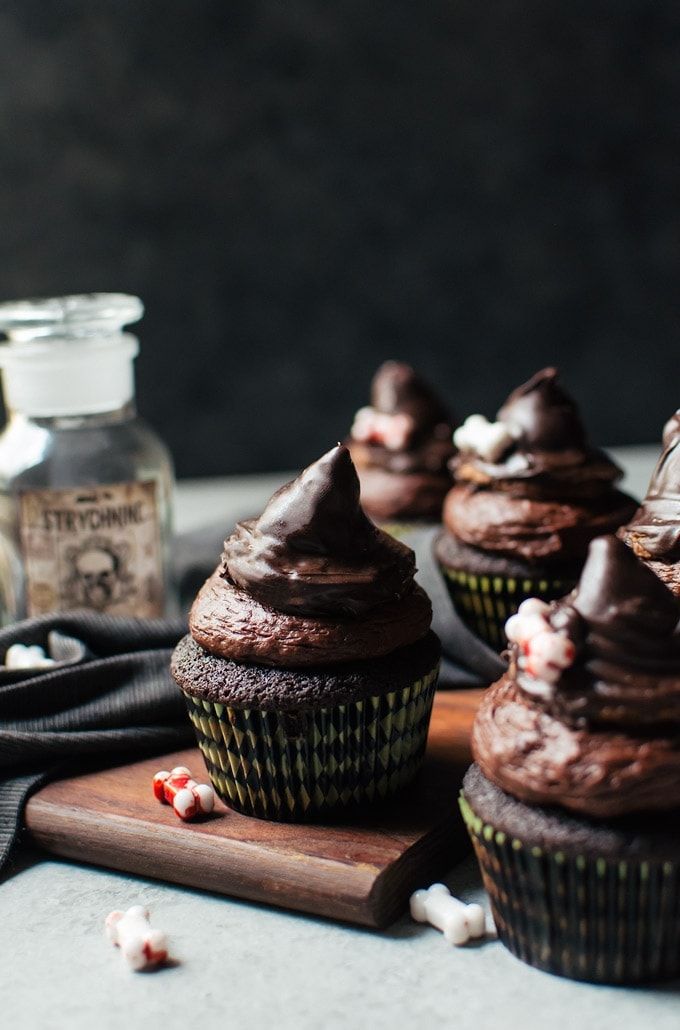 What I love about the age my daughter's age now is that she is at the point where she LOVES holidays.

Of course, she also has a terrible sense of time so when she asks when the next holiday is coming up, she asks if it will happen "in one hour or one week?" And when something is coming up closer in time she asks if it is happening "tomorrow or the other one tomorrow." Oh, kids...

The point is, she's been really into Halloween planning this year and begged me to start my Halloween recipes already. And who am I to argue?

I realized I don't have nearly enough chocolate recipes on my site so thought this would also be the perfect time to rectify that a bit! 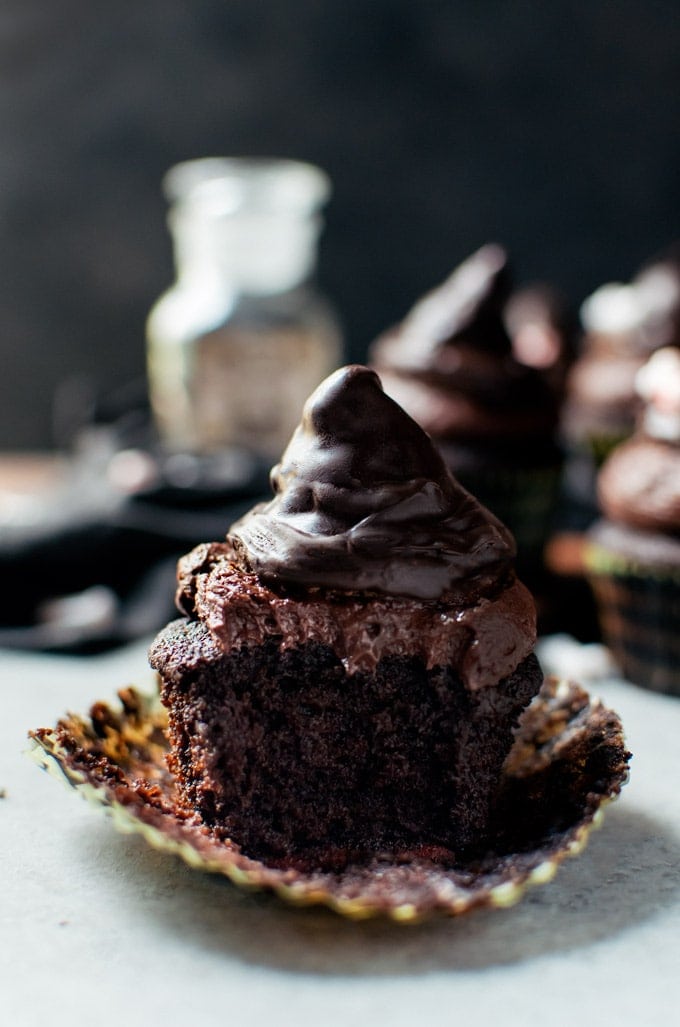 When I was in university, my flatmate would bring these blocks of Mexican chocolate to make this incredibly indulgent hot chocolate recipe she got from her grandmother. I would get so excited once the aromas would begin to travel out of the kitchen and into the living room.

We would put them in thermoses and walk around our neighborhood, which was especially nice when it snowed. We would walk along the Chiswick bridge and make mini snowmen along the ledges for the cars to see during their daily commute.

These Mexican chocolate cupcakes are my way of honoring those precious moments I shared with one of my best friends when we were young and adventurous and always trying to create these amazing little moments in our lives. 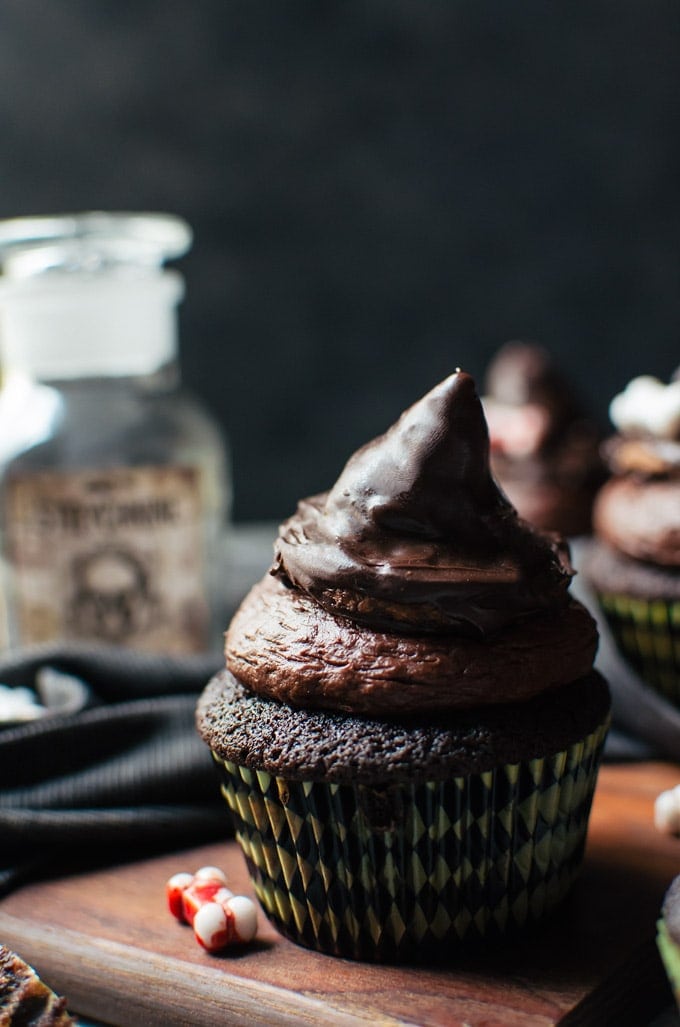 And to my daughter who I am not creating precious little moments with.

To make the hats, I made my own small batch of marshmallow. It is a messy project, but so much fun. You can try using melted and cooled marshmallow or even marshmallow fluff. I haven't tried these two workarounds though. If you do try them, please comment with how it worked out!

Luckily, these cupcakes are supposed to be kind of spooky, so if there so happens to be a messed up witch hat, all the more spooky.

I could think of no better way than these Mexican chocolate cupcakes to celebrate the cooler weather and Halloween! 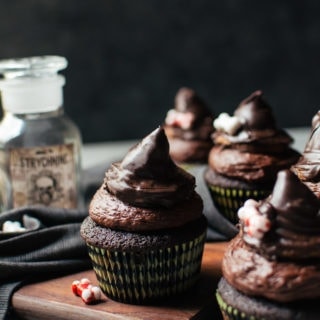 For the Mexican Chocolate Buttercream