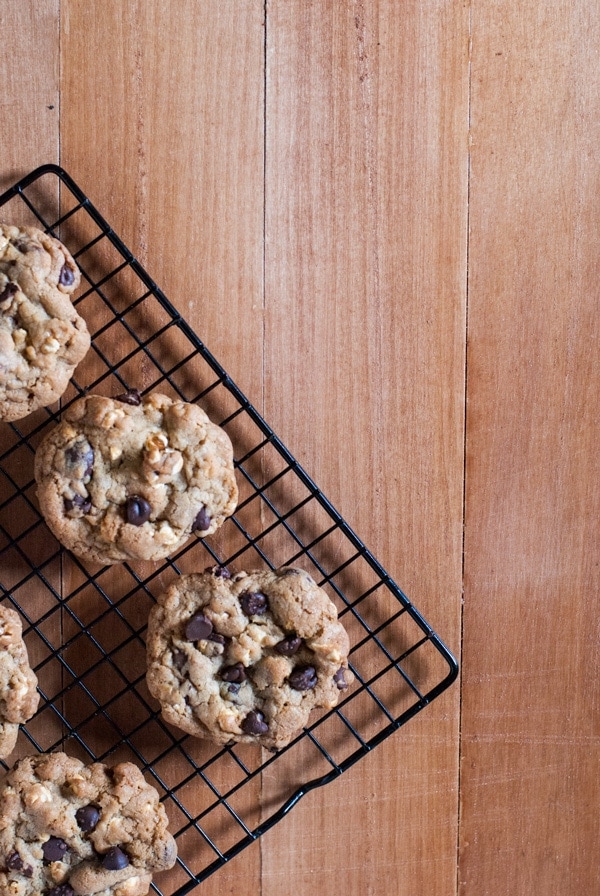 These cookies are insane. I mean, seriously. These are probably the best cookies I've ever had in my entire life. And I've had a lot of cookies.

The idea behind these cookies came when I saw a recipe on Pinterest for cookie dough flavored popcorn and I thought "Hey, what if I reverse that?" And then shortly after "Hey, why don't I put other favorite movie-time treats in the cookies too?" Because, you know, I'm a cookie-holic and I can't just settle for popcorn in my cookies. No, no, no. I also need to stuff them with Milk Duds, Raisinets and Goobers, plus more chocolate chips and a vanilla fleur de sel to emphasize the sweet/salty going on from the popcorn. It's a super fun and silly flavor explosion and I adore it. 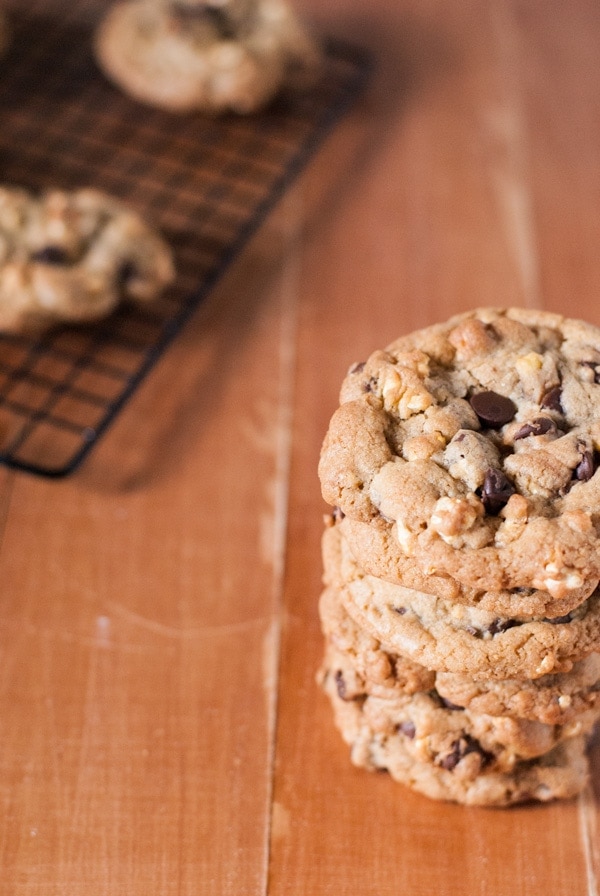 To be completely honest with you, my original idea was to not stop there, but to also add gummy bears and Mike and Ike's, but then I came to my senses and realized I needed to draw the line somewhere. Maybe next time... for now, I think this buttery, caramel, raisin, peanut, chocolate, salty deliciousness will have to do!

Do you play the Sims? I don't really play much, but I absolutely love it. At first, I was really excited to hear about the release of Sims 4 until I realized there would be pools or toddlers. What the what?! I'll just keep my Sims 3 for now. Well, if you play, you know that when sims learn a skill, they get the blue bar above their heads and it fills as they go up a skill level. I kiiiiiind of feel like that with my photography and editing skills thanks to the help of tons of videos and books. I don't post recipes in the order I make them, so some recipes may be months old while others were created that weekend. I feel as though something clicked and I am much more confident on how I go about it. Now, I just need to figure out my styling which I think won't be too bad  as long as I remember to plan things out a little and not just start shooting and trying to figure things out on the fly. I mean how cute would it have been to get my old fashioned movie theater popcorn bowl and an overload of popcorn and leftover candy all around. Too bad I ate all the leftovers while I was baking. Oops. Next time I'll behave, I promise! 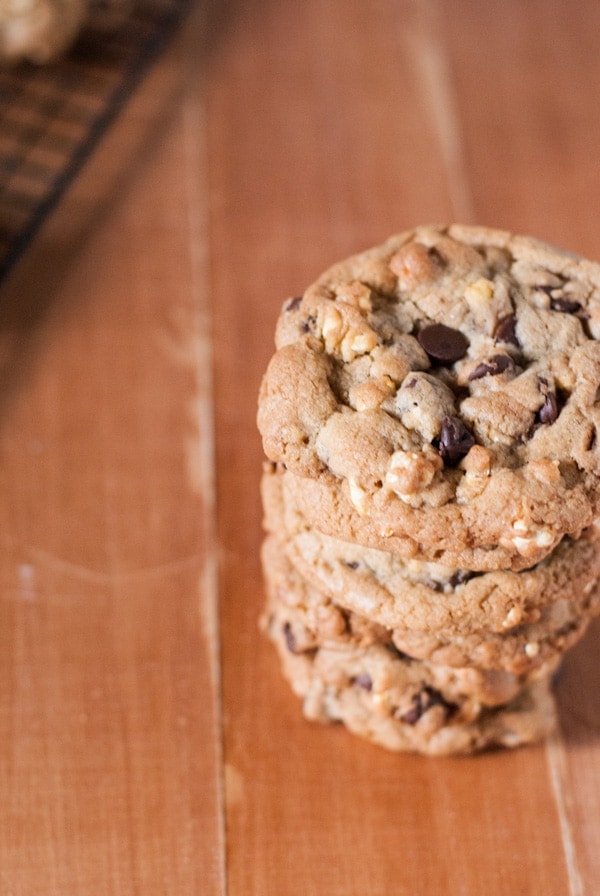