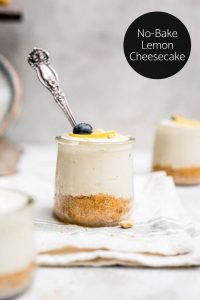 A creamy and completely irresistible no-bake lemon cheesecake. It's the perfect dessert recipe for your favorite cheesecake lover! 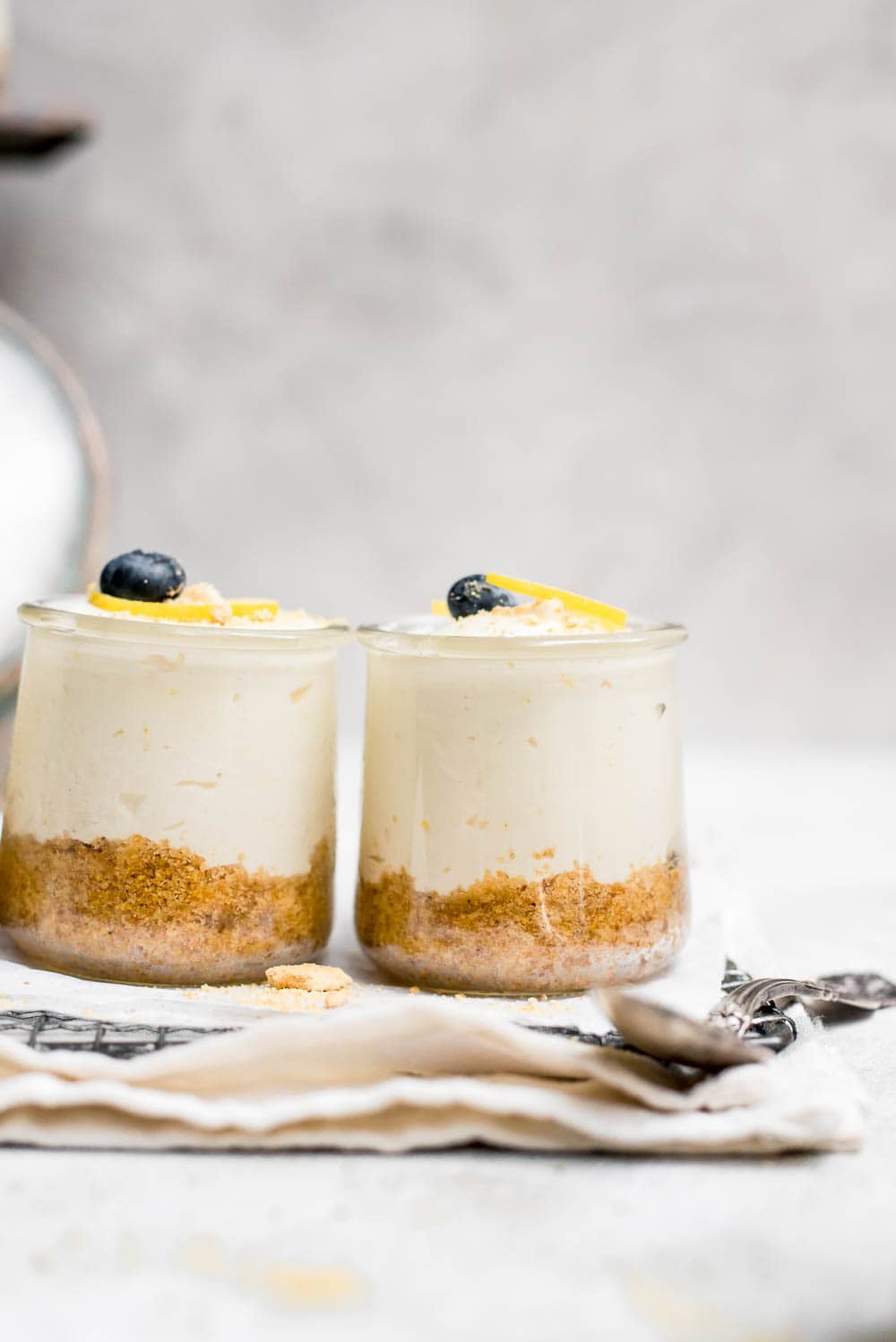 I used to intern at a film production company in London. Nearby, there was a Pret a Manger that I absolutely loved. They made this amazing lemon cheesecake that I was obsessed with. It was so bad for me, but I would have one basically every time I went there.

Eventually, they ended up changing the recipe so it was more of a parfait that included lemon curd. It was definitely good, but I missed the old recipe. 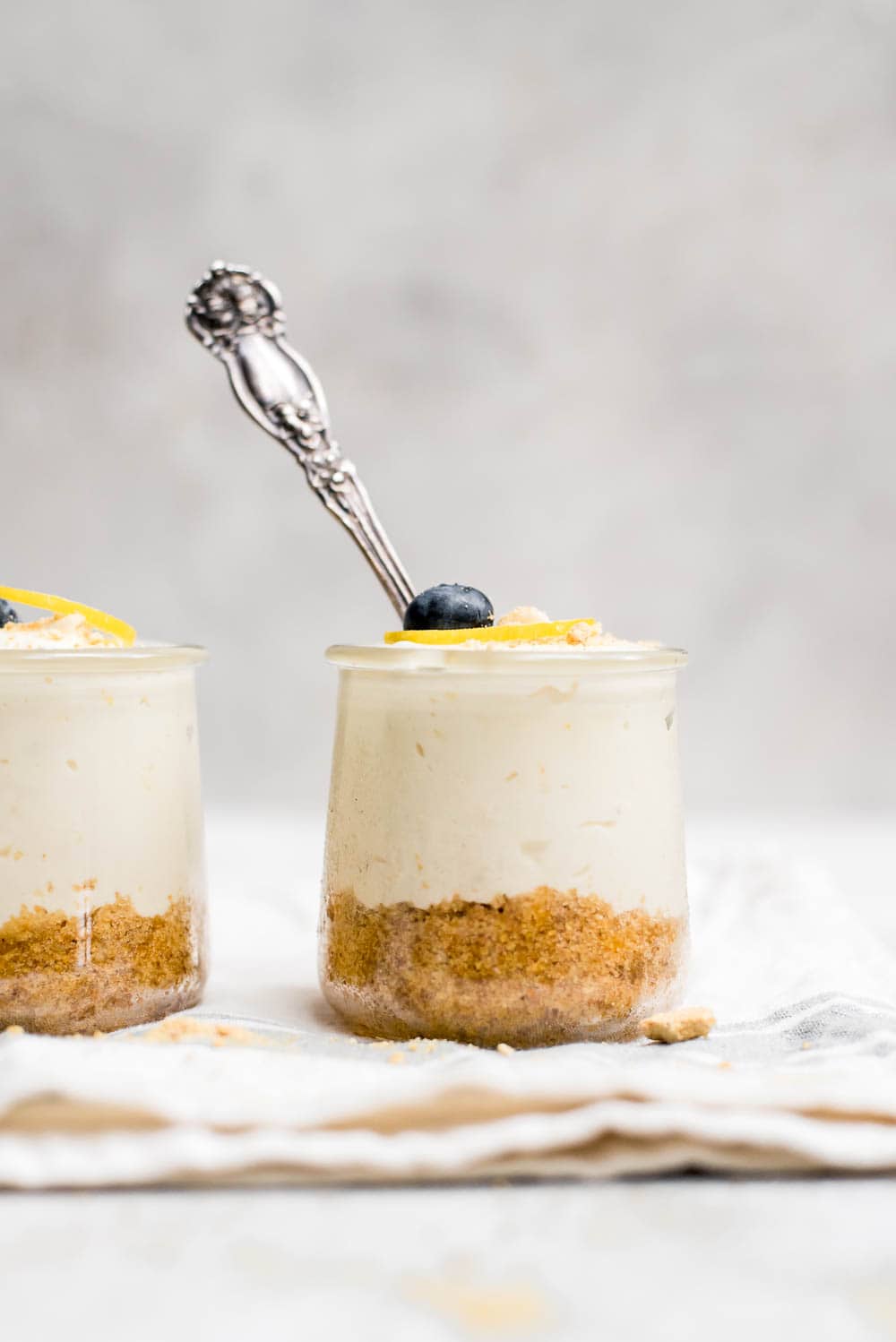 Plus, I had a no-bake lemon cheesecake to recreate.

This cheesecake is exactly as creamy and velvety as I dreamed of, while being perfectly tangy and a delicate lemon flavor permeated throughout that only gets better as time goes on. 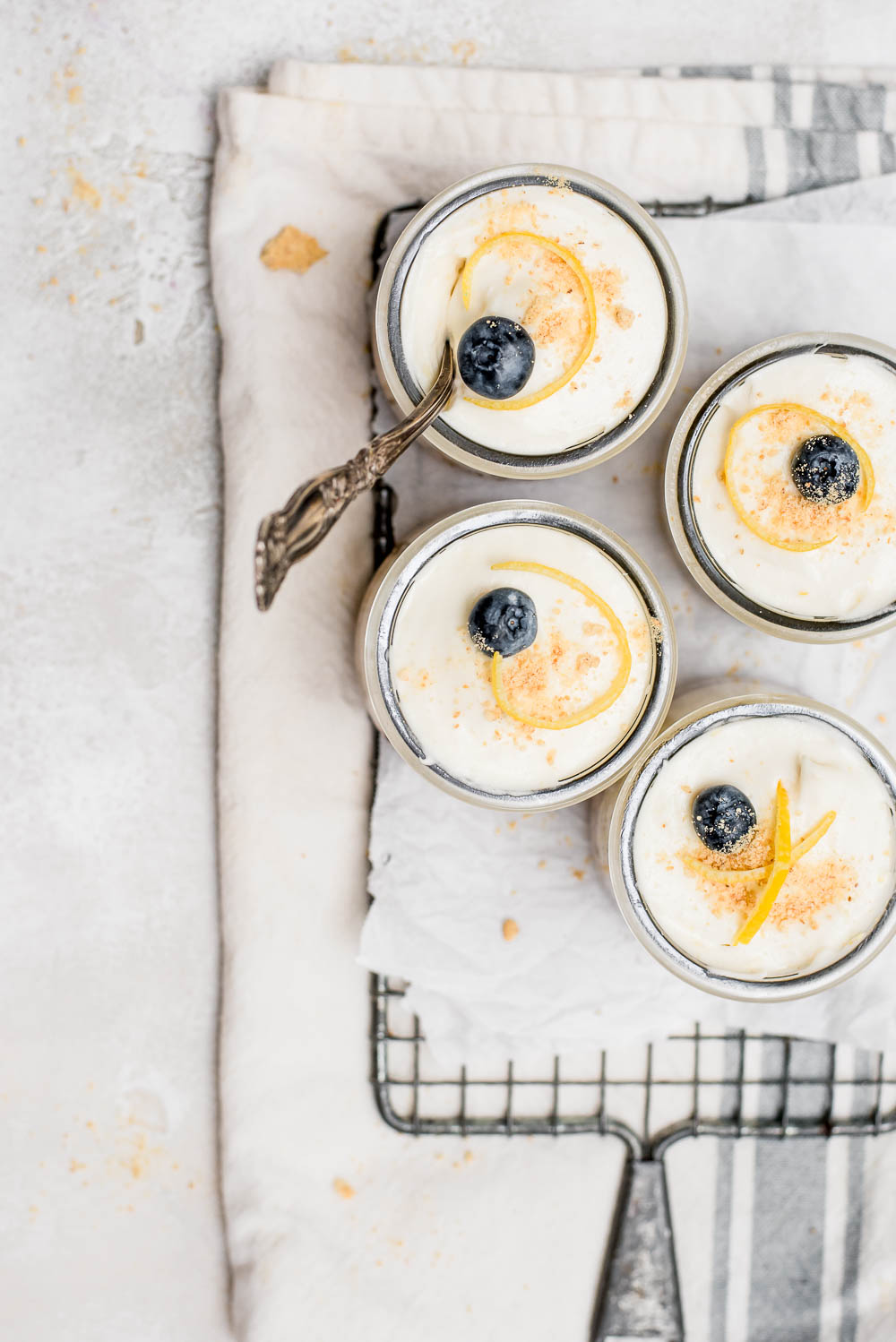 What is No-Bake Cheesecake

How to Thicken No-Bake Cheesecake

You cannot bake no-bake lemon cheesecake in order to thicken it, as there is no thickening agent (such as flour and/or eggs) that would help it to set.

You may add gelatin to thicken or set no-bake lemon cheesecake. The best time to do this is before you pour your batter into your jar or pan. If you've already poured the batter, just remember that you need to take out the filling and put it in a bowl, which can be a messy and frustrating project. To mix in the gelatin, bloom the powder with hot water then add three more tablespoons of hot heavy cream to the bloomed gelatin to thin before beating the cheesecake into the gelatin using a mixer. 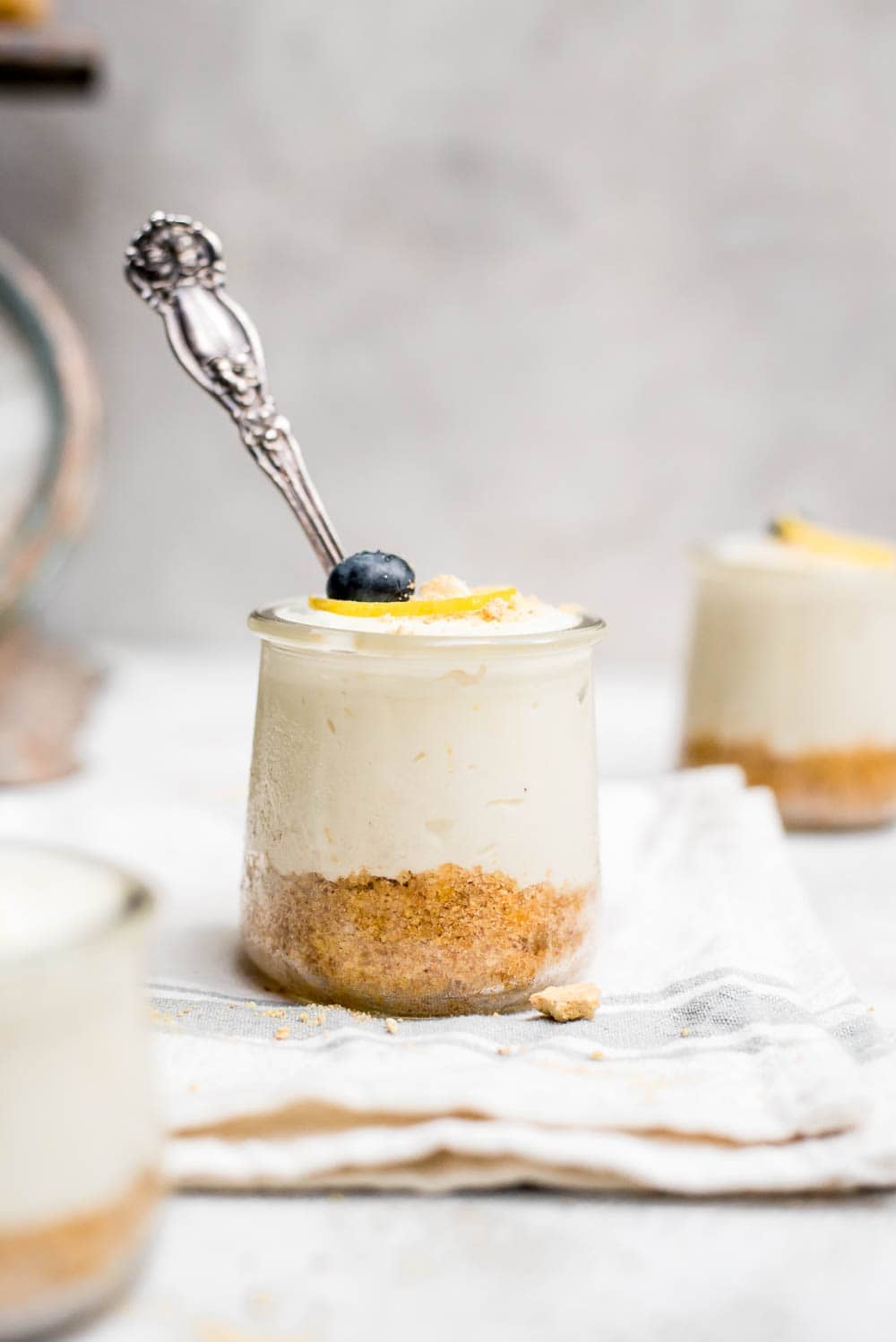 How Long Does No-Bake Cheesecake Take to Set