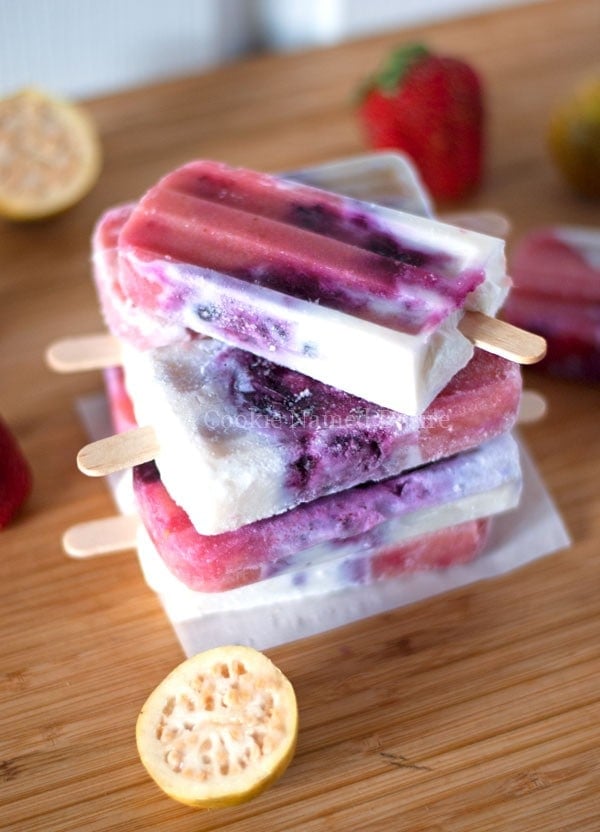 Unfortunately, I don't make them often because my toddler is the only person her age that hates popsicles (the neon-colored store-bought push-up popsicles are okay though). So, I only ever make popsicles when I really want one. And when I saw that my local produce store had fresh guava for sale, I suddenly had the biggest craving for a guava popsicle.

For some reason, my produce store never has the "popular" fruit variations, in this instance, they only had white guava as opposed to those bright pink guavas I am so in love with. There isn't a difference in taste, but still. To get the pink color, I've been obsessing over, I mixed it with the strawberries and the taste was incredible! Paired with the wild blueberries and the coconut milk & yogurt mixture, it is a sweet and summery treat I can't get enough of!

Let's take a moment to stare at my sister's chipped Julep polish. And how awful that stupid watermark is. I got rid of that plugin, but I can't find clean copies of the photos on my work computer. (Did I ever mention how my office is deathly quiet, so I end up writing the occasional post here to help pass the time? More on that later) 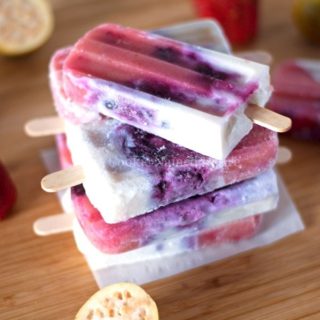