These blackberry lime cupcakes are the epitome of fresh flavor. Fresh blackberries are folded into a moist vanilla lime cupcake and topped with a lime buttercream frosting and blackberry sauce drizzle. 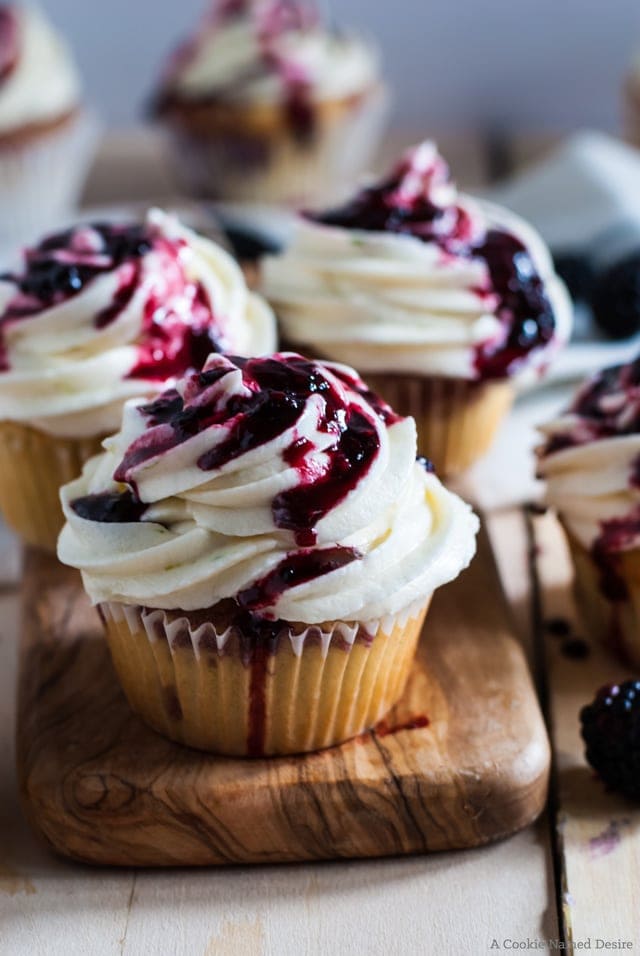 So I don't know what the weather is like where you are, but where I am it is insanely hot. According to The Weather Channel it feels like it is 109 outside with humidity, but I swear it is hotter than that. Just sitting down, I can feel pools of sweat begin to form. Even my teeth are sweating!! You see, we have no central air in our house. It is beyond broke (it's the original system from like, the 70's) and they need to update the whole system around the house and the estimate we got was about $25,000! So... yeah, that ain't getting fixed anytime soon. We've been surviving with window units in the bedrooms, and fans on the windows downstairs, which suffices most days, but not lately. The only thing pulling me through is knowing that soon I will be in Seattle which gets London hot which I can tolerate without an a/c. 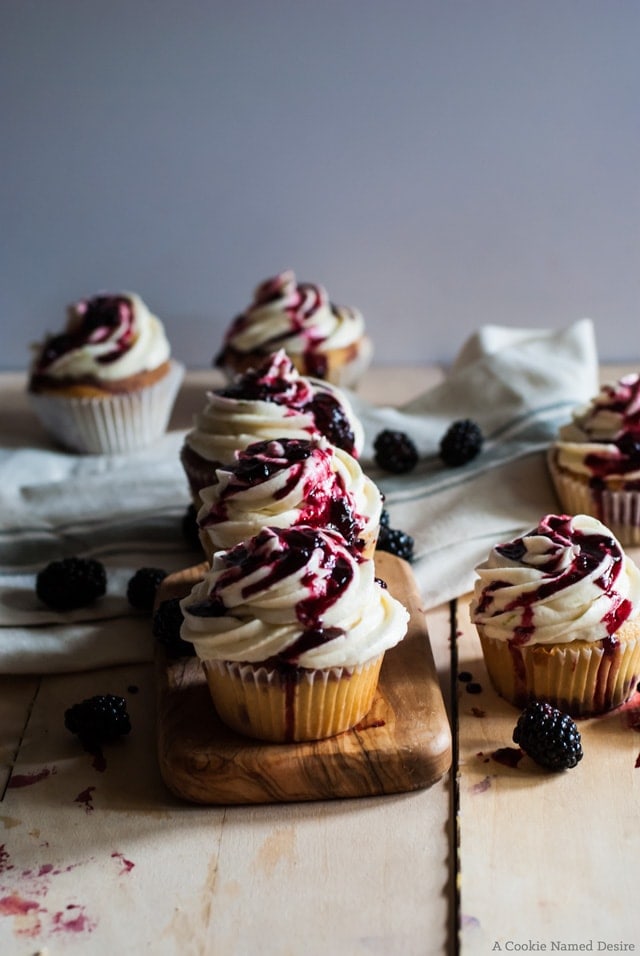 For some reason though, I am still crazy enough to turn on both the oven and the stove. I don't know what's wrong with me. I must really love you. And also, these cupcakes are freaking delicious and worth suffering through the heat for a little while. I had these kiwi key lime mojito popsicles to help cool me down while I was baking, so it wasn't too bad. 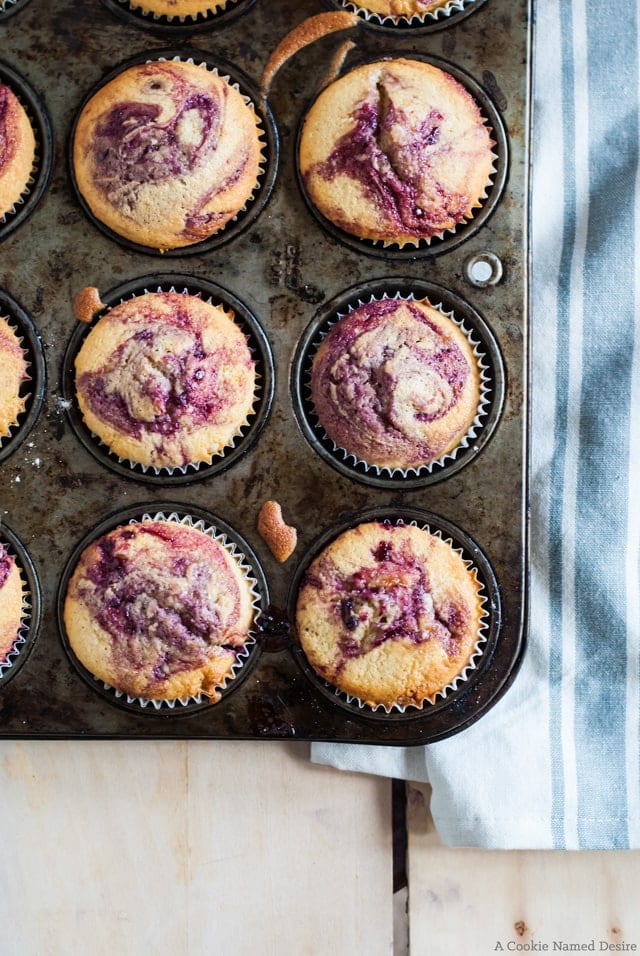 Firstly, let's talk about these blackberry lime cupcakes. They are light and fluffy and incredibly moist - I used my favorite vanilla cupcake base to make this so you know it will turn out right every time. I added lime zest, then swirled in some homemade quick blackberry jam (or compote or whatever you want to call it) and swirled it in. Just look at how beautiful those swirls look when it is baked? You almost don't want to cover it with frosting. Except.... the frosting is so creamy and has a wonderfully balanced lime flavor. I used a quick and easy buttercream because why spend more time making something more complicated in this heat. This means faster nomming time and that is always a good thing. The cupcakes are them topped with a bit of thinned out blackberry jam. 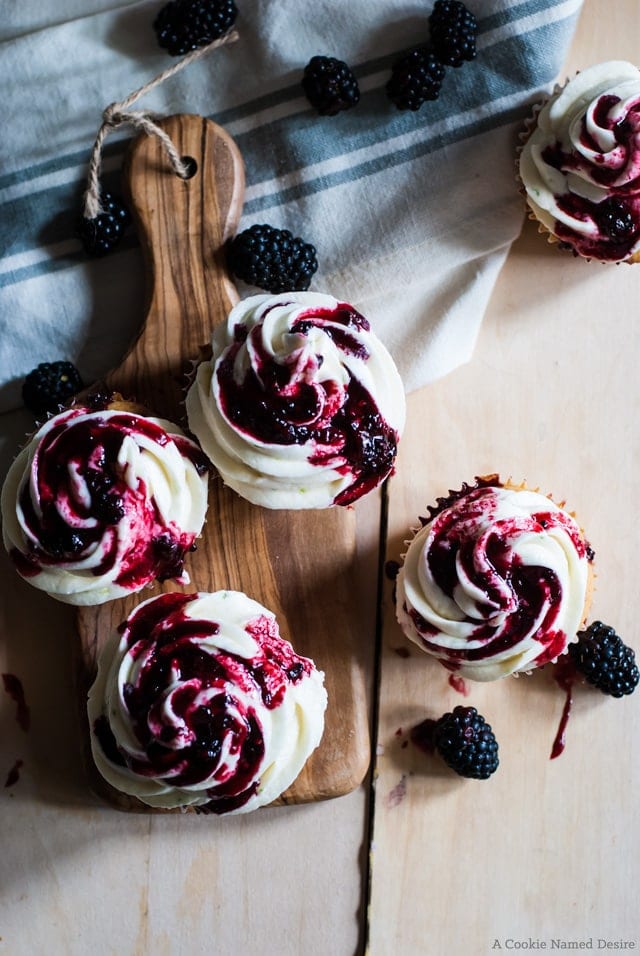 Cause these cupcakes are what happiness and summertime are all about. 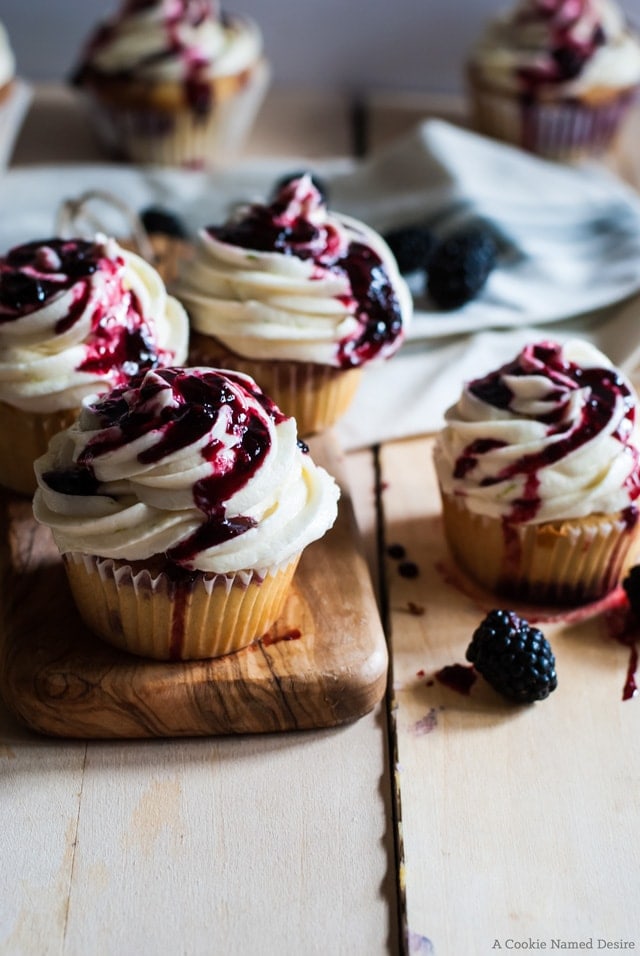 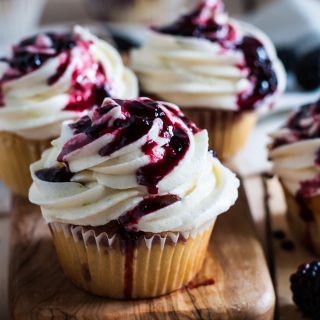