A fluffy vanilla sheet cake filled with velvety pastry cream and topped with a shiny chocolate ganache. This Boston Cream Pie Poke Cake will be a sure hit! 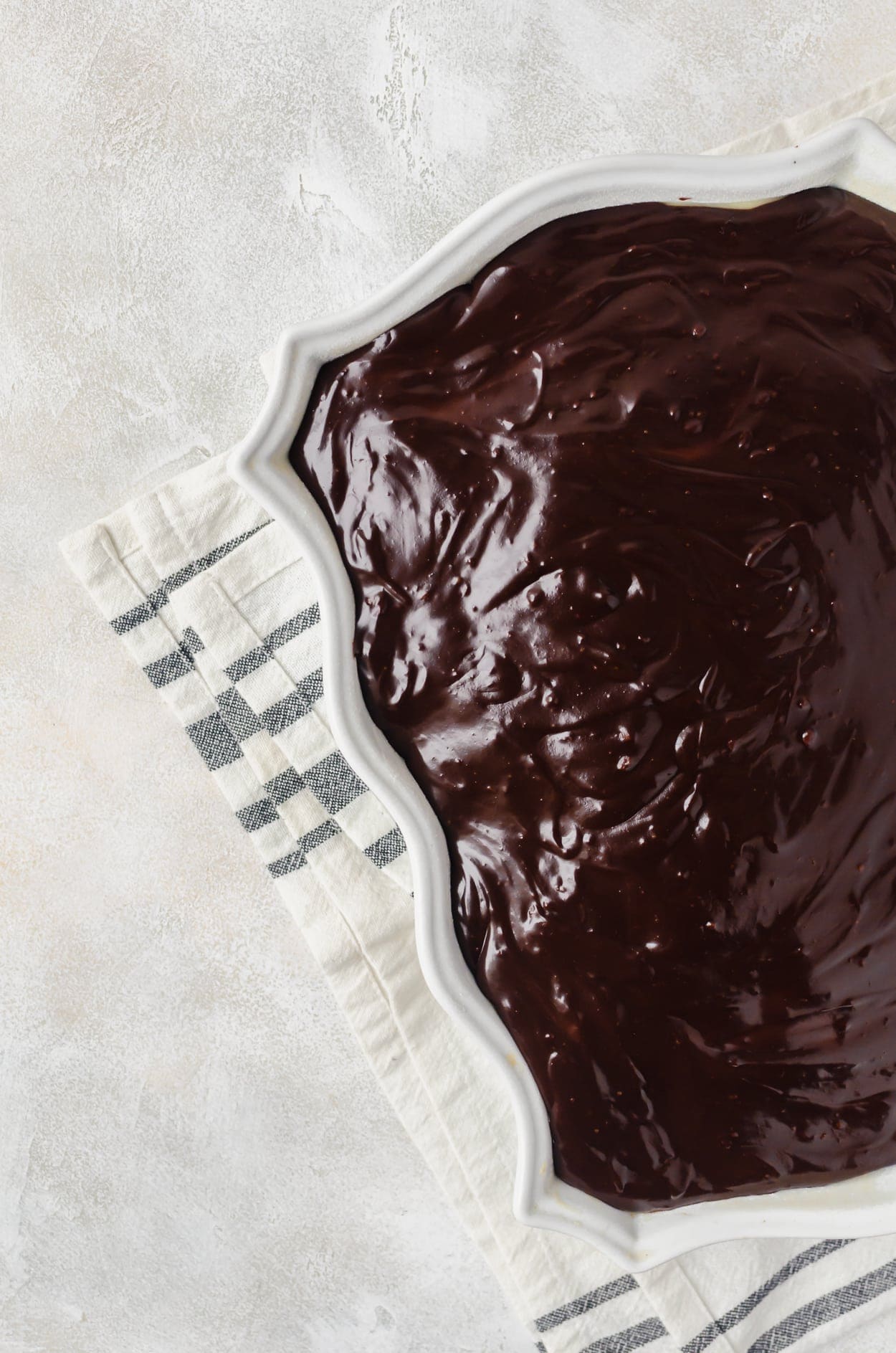 My father loved all things sweet. He would regularly get a dozen doughnuts and eat about half of them on his own. Whenever I was allowed to go with him, I could pick out my own doughnut. Each time, without fail, I would choose the Boston Cream Pie doughnut.

I won't embarrass myself by saying when exactly I discovered that, but let's just say my daughter was already talking by then. 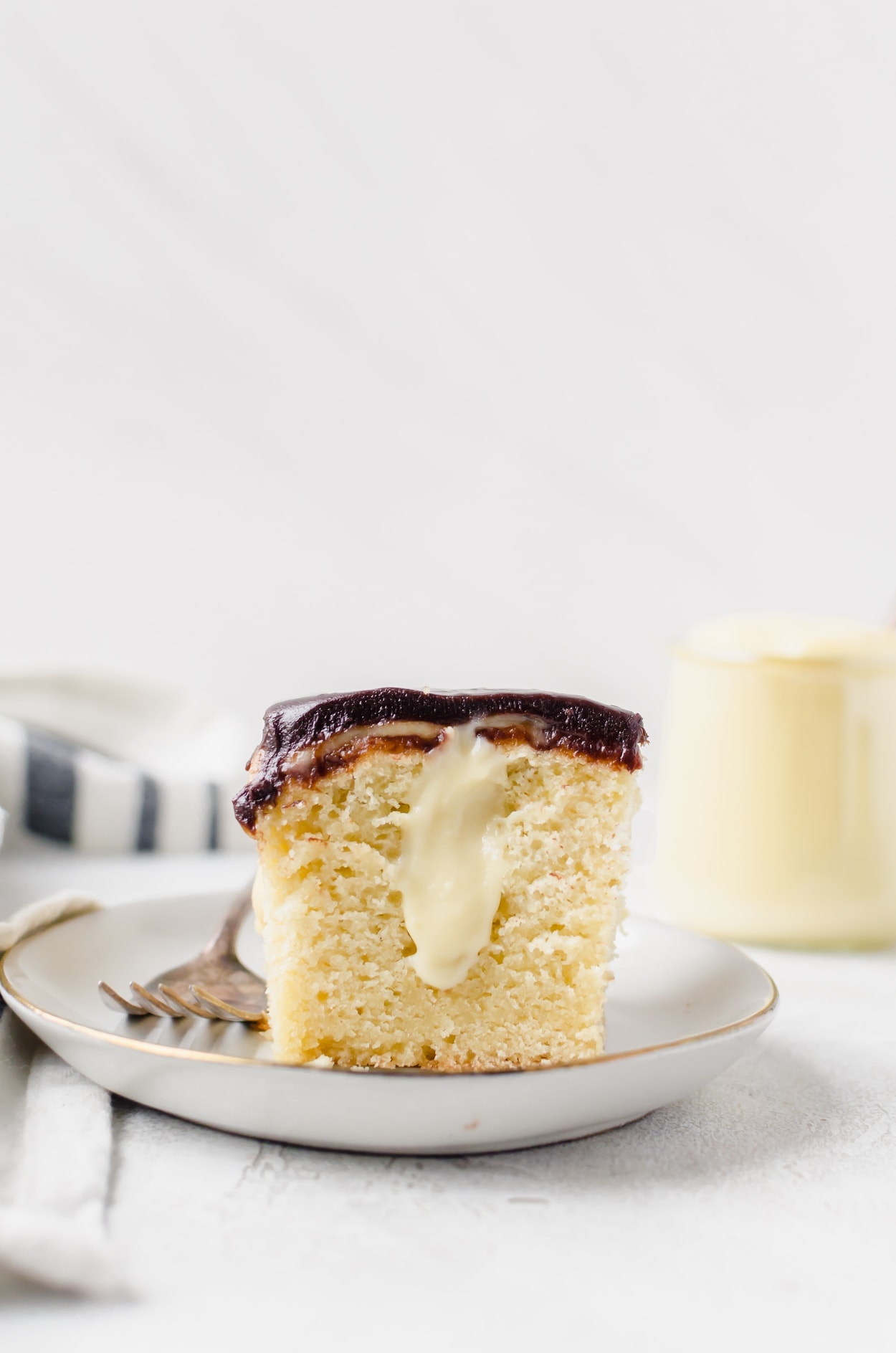 Ever since making my cannoli poke cake, I've been on a bit of a poke cake binge. I mean, why are they so good? And a Boston Cream Pie poke cake just seemed to perfect to not try making. Cake with hidden pockets of pastry cream and smothered in ganache... man alive! I could eat this for days and be so happy. 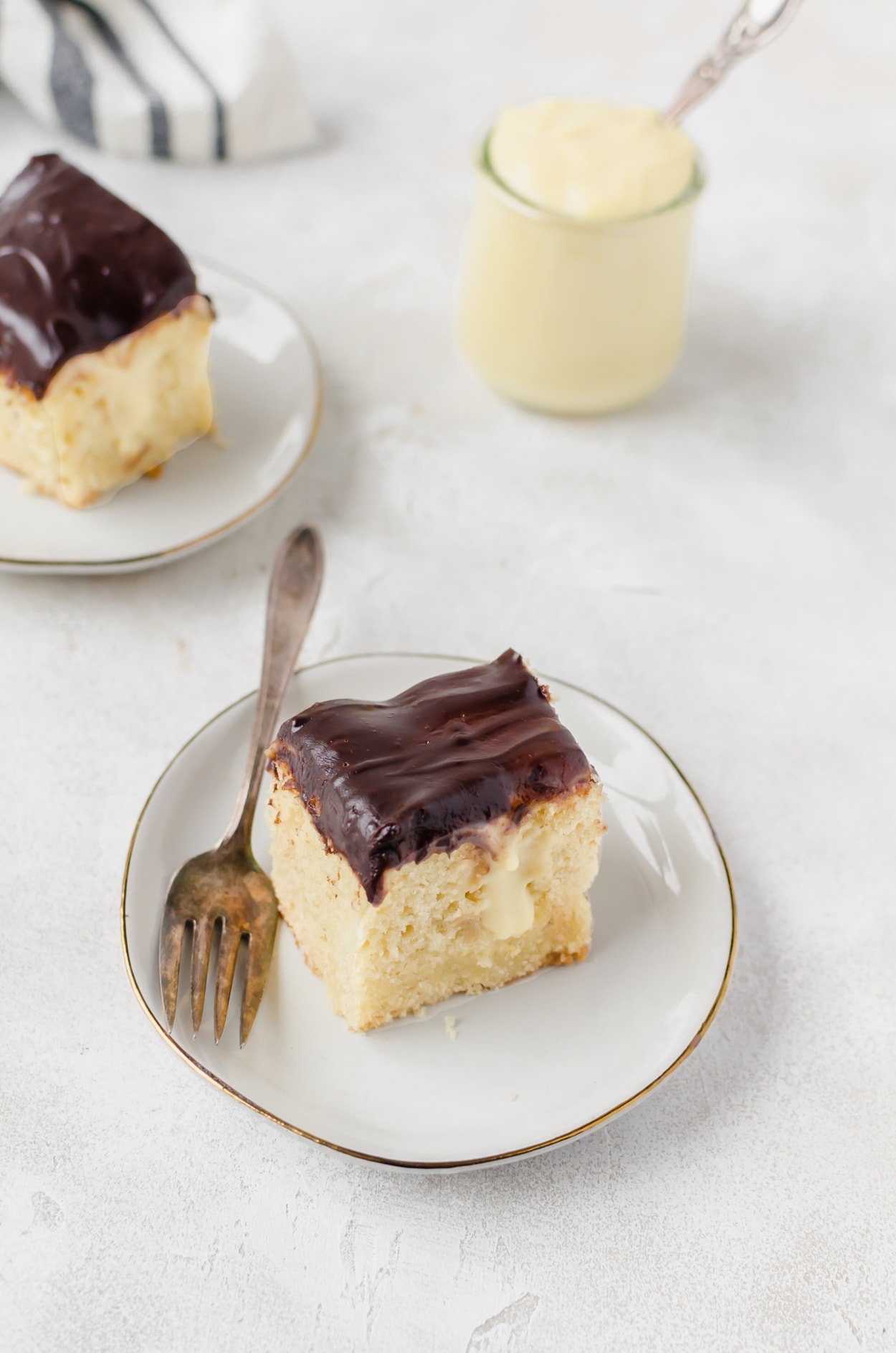 When adding the pastry cream into the holes, I recommend putting it in a piping bag and filling the holes this way. This ensures that the holes are fully filled and once the cream has settled, you aren't left with little dips and craters showing on top of your ganache.

After filling the holes, I do a thin layer of the pastry cream all over the top of the cake before adding the ganache. The pastry cream is just too good to not use as much of it as you can. Just before its a thin layer because you don't want swirls of pastry cream and ganache mixing together on top of your Boston cream pie poke cake. It should be an even layer of glossy ganache on top and that's it. 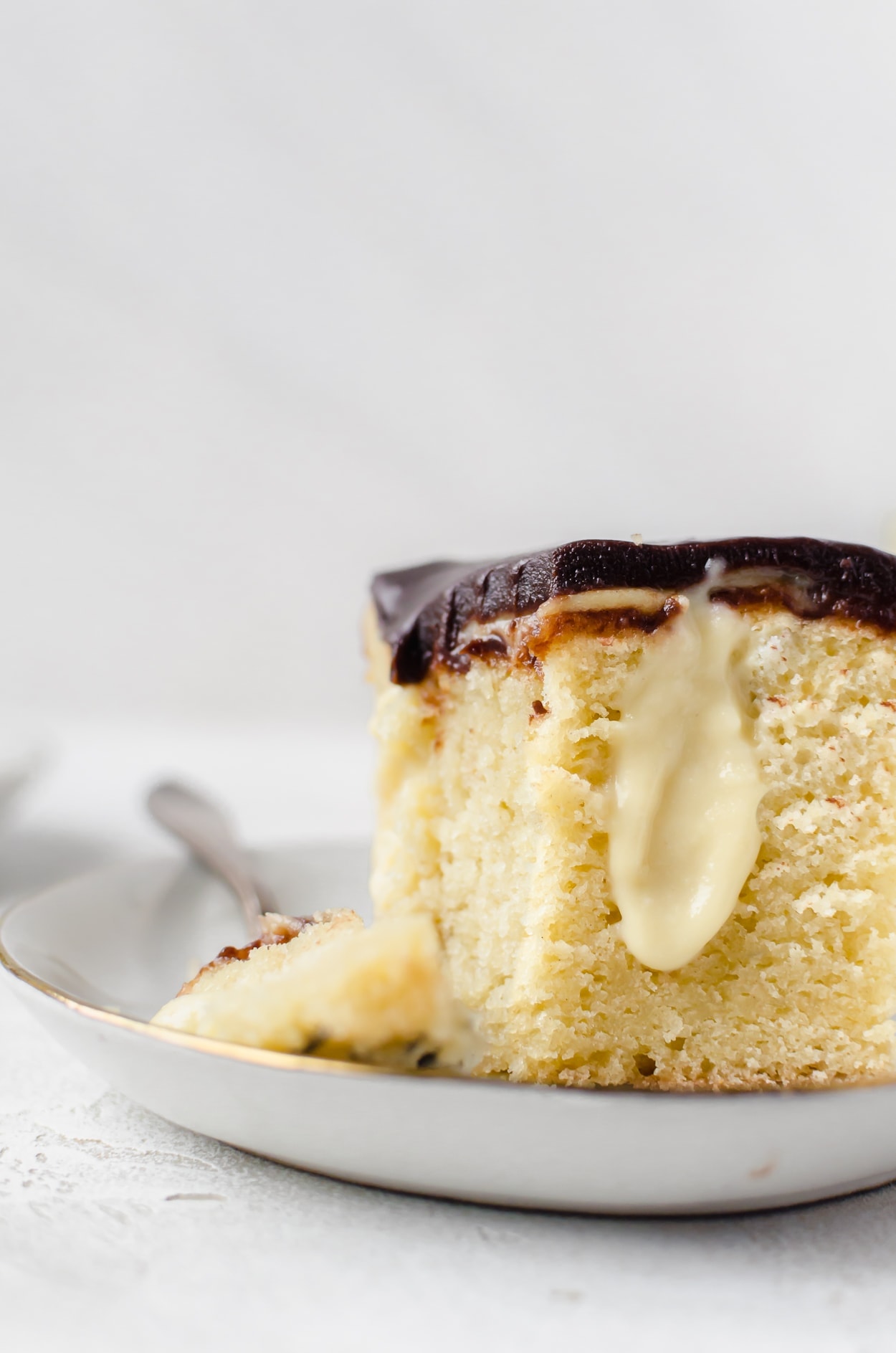 You're in luck I have a couple more for you! Try this banana pudding poke cake at your next get together! This cannoli poke cake is to die for!