Be prepared to become the superhero of dessert with this cannoli poke cake. Two of your favorite desserts collide to create this deliciously unforgettable cake everyone will love. 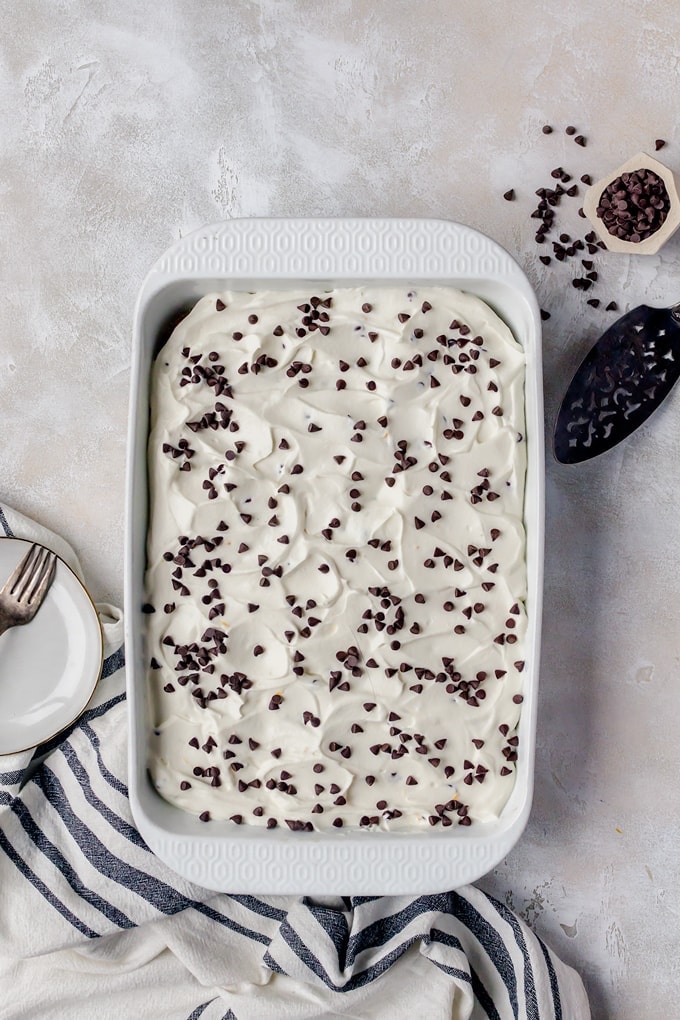 So, I have a confession to make regarding poke cakes. I had no idea what they were until Pinterest became a thing. And when I saw them, I just didn't really understand them very well. But after seeing them around more and more, I've come to realize that poke cakes are basically just sheet cakes with a delicious filling inside them just like a filled cupcake (see below for more detailed information). Suddenly, a whole new world of possibilities opened up to me.

My first instinct was to make a horchata poke cake. This is happening. Soon, but I decided to put it on the back burner because I was still traumatized by the failed horchata tres leches cake I made during a cooking competition. My next idea was immediately to go for a cannoli poke cake. Friend, this was definitely the right decision.

The filling for the poke cake is pure heaven. The ricotta is sweetened and thinned with sweetened condensed milk until it is an almost pudding texture and then studded with mini chocolate chips. That pudding-like cannoli filling is then folded into whipped cream for the most amazing, silky, dreamy topping you've ever had. With a few more mini chocolate chips for added texture, of course. 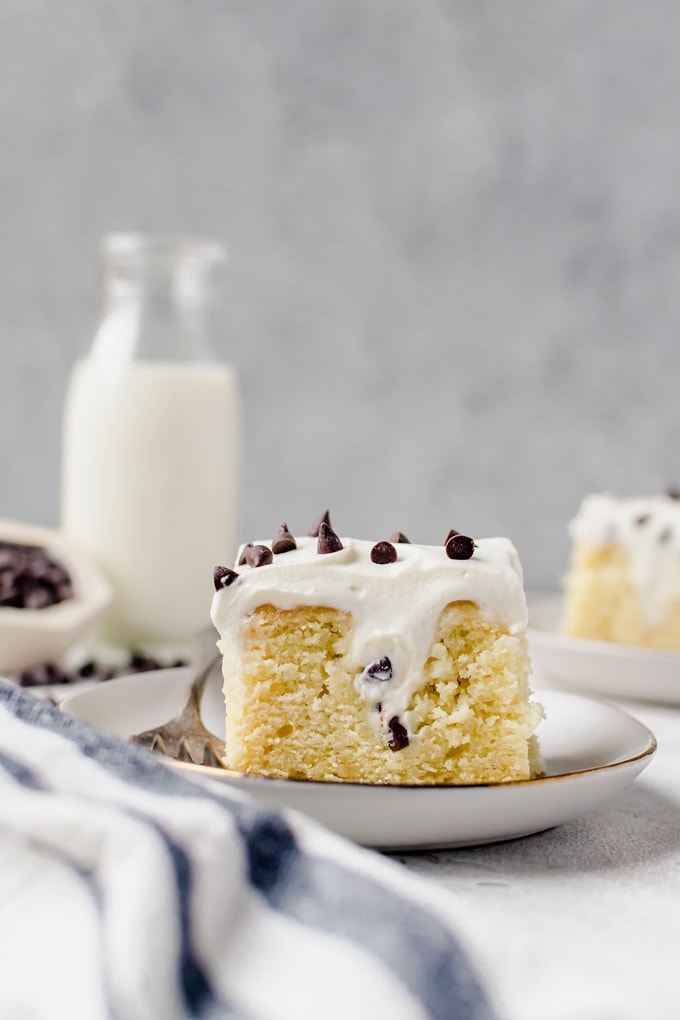 What I did not expect is that there is a technique to getting good holes in your cake. I recommend using the bottom of a wooden spoon. I didn't have a wooden spoon with a circular handle, so I ended up using a silicone spoon. If you go this route, I highly recommend lightly greasing your handle. When you poke the cake, also give it a little twist at the end before taking it out of the cake to keep from having too many crumbs coming back out of the cake with your handle.

What Is Poke Cake?

Poke cakes were first seen in the 1970s in an advertisement for Jell-O as a way to show how versatile it is. The pairing of a white cake and colored gelatin was supposed to be a fun and modern easy show-stopping dessert anyone could make. It was a white sheet cake, which was supposed to be the perfect blank canvas for the Jell-O which was poured into holes made with the bottom of a wooden kitchen spoon. Today, people have taken poke cakes to new levels by filling the pokes with just about anything including fruit, caramel, ganache, and so much more. 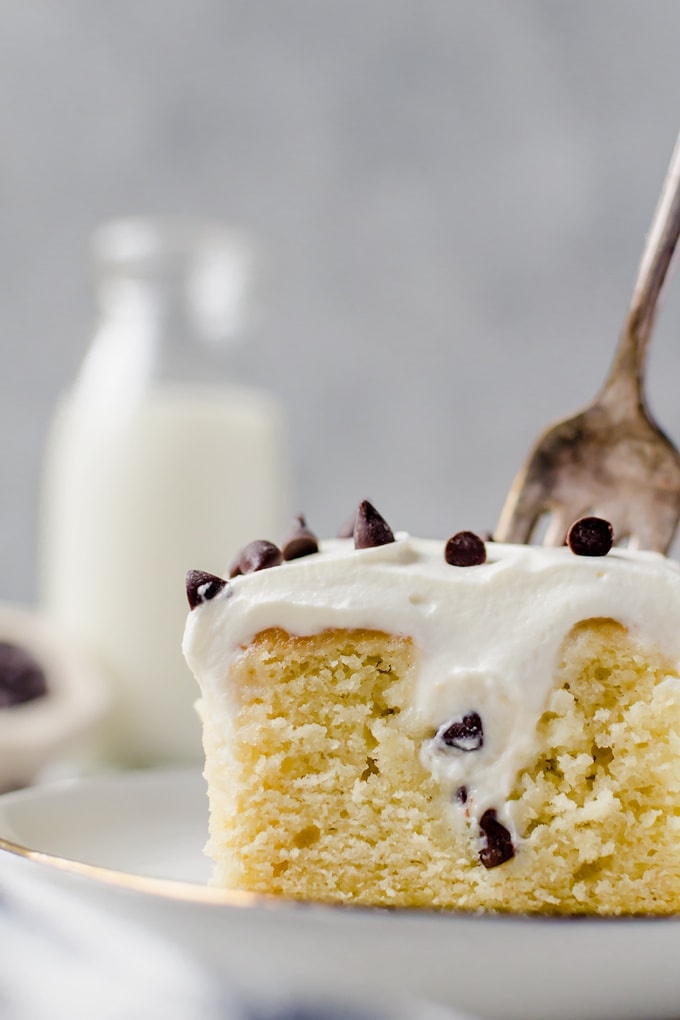 Can You Freeze Poke Cake?

Poke cake, like any other cake, can usually be frozen. This cannoli poke cake should freeze well as long as it is kept in a fully airtight container. Thaw the cake at room temperature for about 30 - 60 minutes before attempting to slice and eat.

Can You Make Poke Cake Cupcakes?

You can definitely turn this cannoli poke cake into cupcakes! Simply bake the cake in cupcake liners for about 18 - 20 minutes (start checking at 16 minutes with a toothpick). When cool, poke a hole in the center and fill with the cannoli filling.

I wrote this cannoli poke cake recipe as a contributor to Food Fanatic.