This bourbon cherry apple pie is a delicious blend of cherry, apples, bourbon, and love. 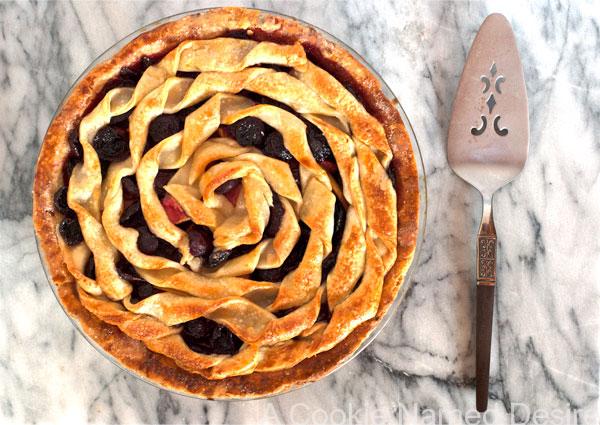 It comes in waves... the grief of losing my great-grandmother. I didn't cry at her funeral until the very end when a few tears came involuntarily when I saw my grandmother touch her mother's coffin as they took her away. A swell of tears begin to fill my eyes thinking about it now.

During the week, I like to work on recipes that I will make and shoot on the weekend. I wanted to do something for my great-grandmother because she was a chef and loved nothing more than to feed everyone she saw. But... I haven't been able to think of anything that represents her.

I can't think of anything she used to make. It is like my mind is trying to erase those memories of her. I wish I could speak to her again. Ask her more about her childhood that always fascinated me and ask her for those recipes she promised I would learn one day. 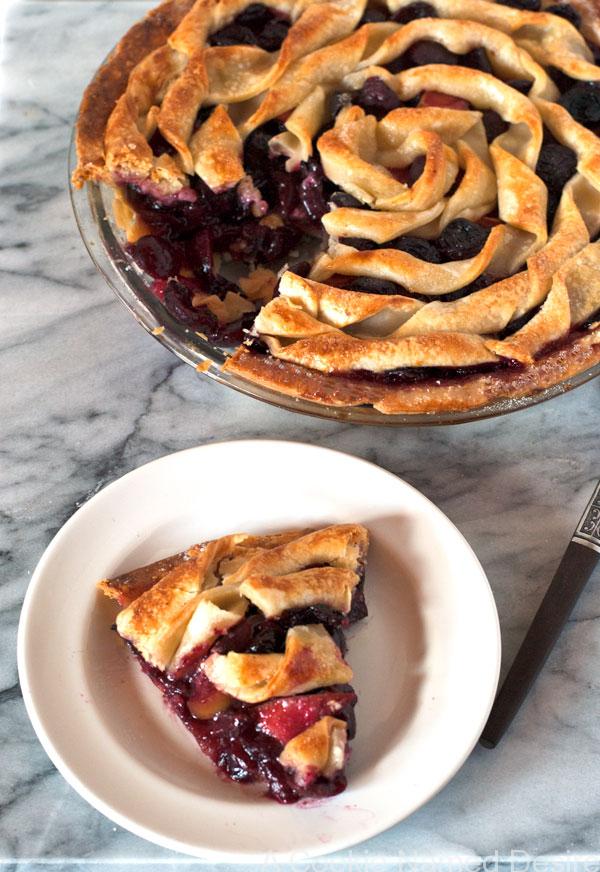 She was so proud of everyone. No matter what the accomplishment was, she was proud of it. Family meant so much to her and her love was palpable.

My last memory of her before she had her stroke and everything changed was two years ago. I was really involved in my quest to lose weight (a battle I am currently losing) and she was so impressed with my ability to cook delicious and healthy meals (meals I promise I will share with you one day).

I could tell she felt so much happiness eating my food and tasting how good it was. Good food meant a lot to her. It is a trait we share. I feel like out of every accomplishment I ever achieved, cooking was the one she was most proud of because I could be someone to pass on her legacy through her recipes.

Recipes from her that I never had a chance to learn. Nothing was written down. It all came from her mind and her heart she said. My one childhood memory was baking pie. She baked pie with all her grandchildren. I don't remember what kind of pie. I actually don't even remember making pie at all, but I am always reminded of the pies we would make together.

So today, I am making a bourbon cherry apple pie because I feel like it is a pie she would love. 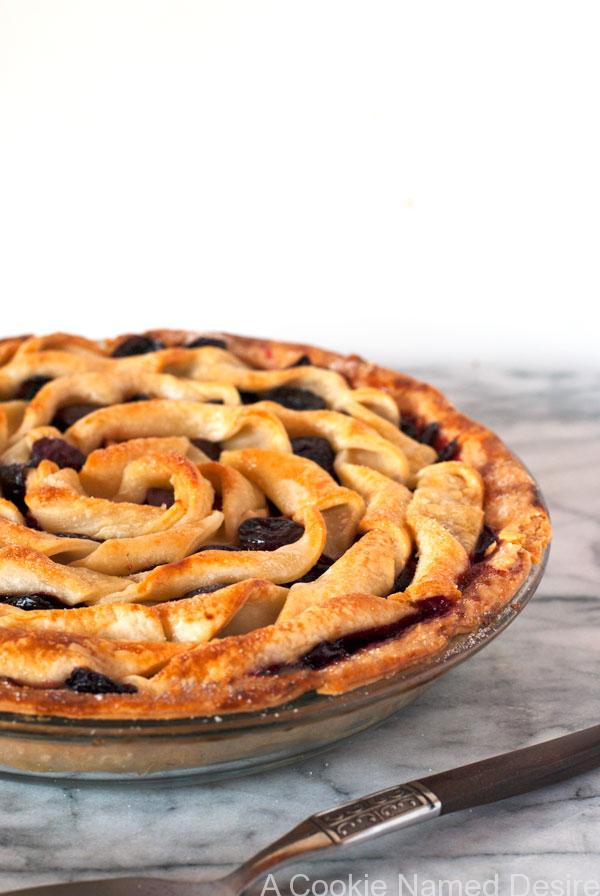 I hate making pie crust, but my great-grandmother did, so I made this crust for you. It is flaky, buttery and definitely the best part of the pie, as it should be.

The cherries and apples blend perfectly together with a hint of cinnamon and bourbon to create a homey warmth that will make you feel safe and happy.

There isn't a whole lot of sugar added because the apples and cherries provide enough of their own natural sweetness. 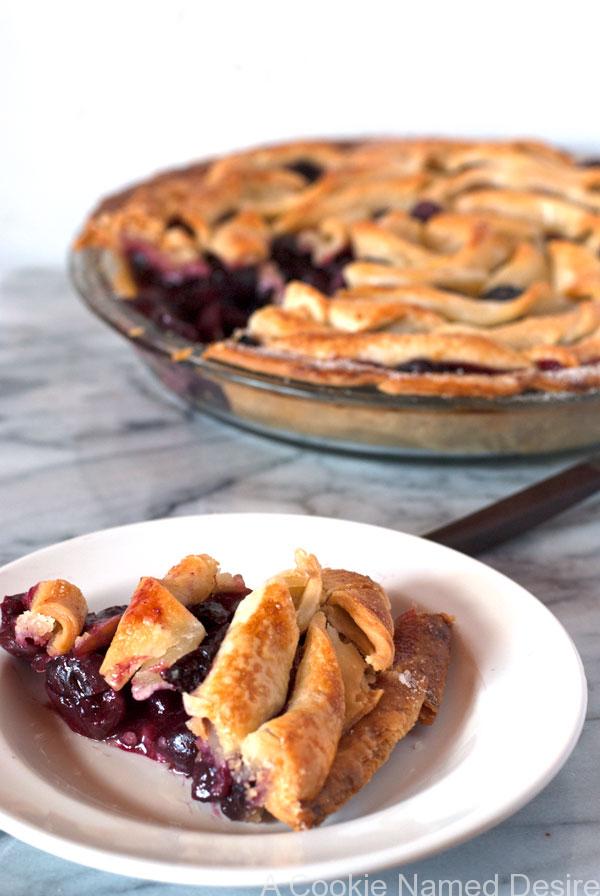 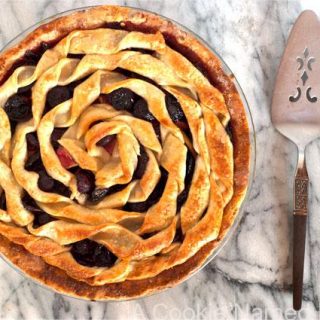 The spiral pie top was inspired by the July/August 2014 Martha Stewart magazine. *Can use two medium apples