You won't be able to go back to the stuff in a box after you start making your own easy chocolate pudding at home (and realizing just how simple it is!!) 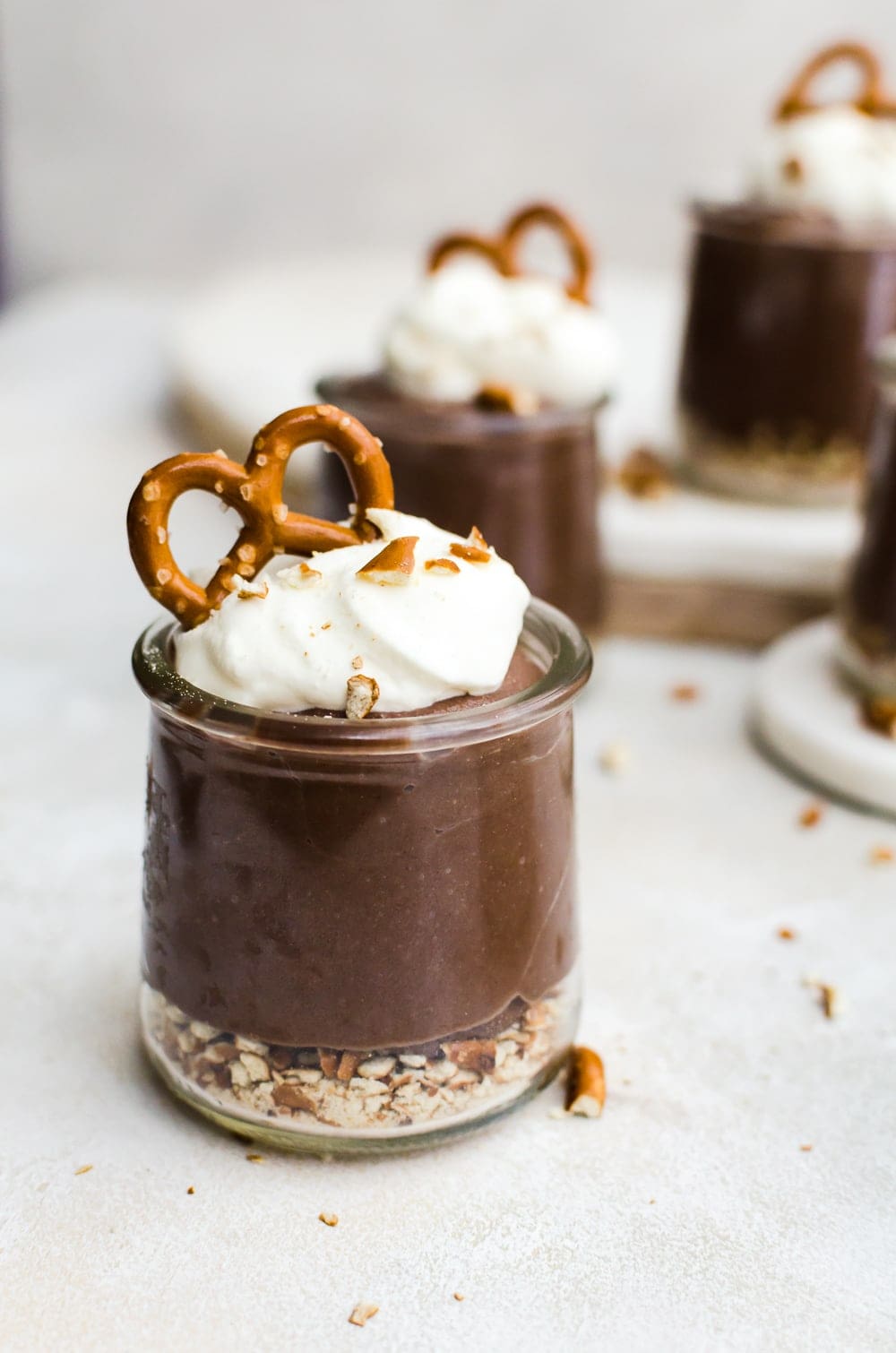 So, it probably isn't surprising that when it comes to pudding, I love to reach for a nice chocolaty one. I swear I am about 50% chocolate and I do not apologize for that! Most of the time, I don't really go for pudding, but it's been on my mind a lot lately, and since I spent a few weeks without an oven, it seemed like the perfect time to make some.

I wanted to make an easy chocolate pudding, but I didn't want the stuff out of the box. So, I tried to make this process as simple as humanly possible. The process might be a bit different than what most people do, but that is truly because I wanted to make sure it was as easy as possible. This is meant for those late nights when you want to make something sweet, but are just lazy enough that you don't want to fuss about too much.

What makes this easy chocolate pudding recipe so much better than many of the others out there is that we don't need to temper the eggs in this recipe. Instead, we whisk the eggs well with the milk until it is fully incorporated. Then we very slowly bring up the heat while we continuously whisk the homemade chocolate pudding. As long as you don't blast the saucepan on high heat or skip the whisking, you won't have any issues with the pudding becoming grainy. 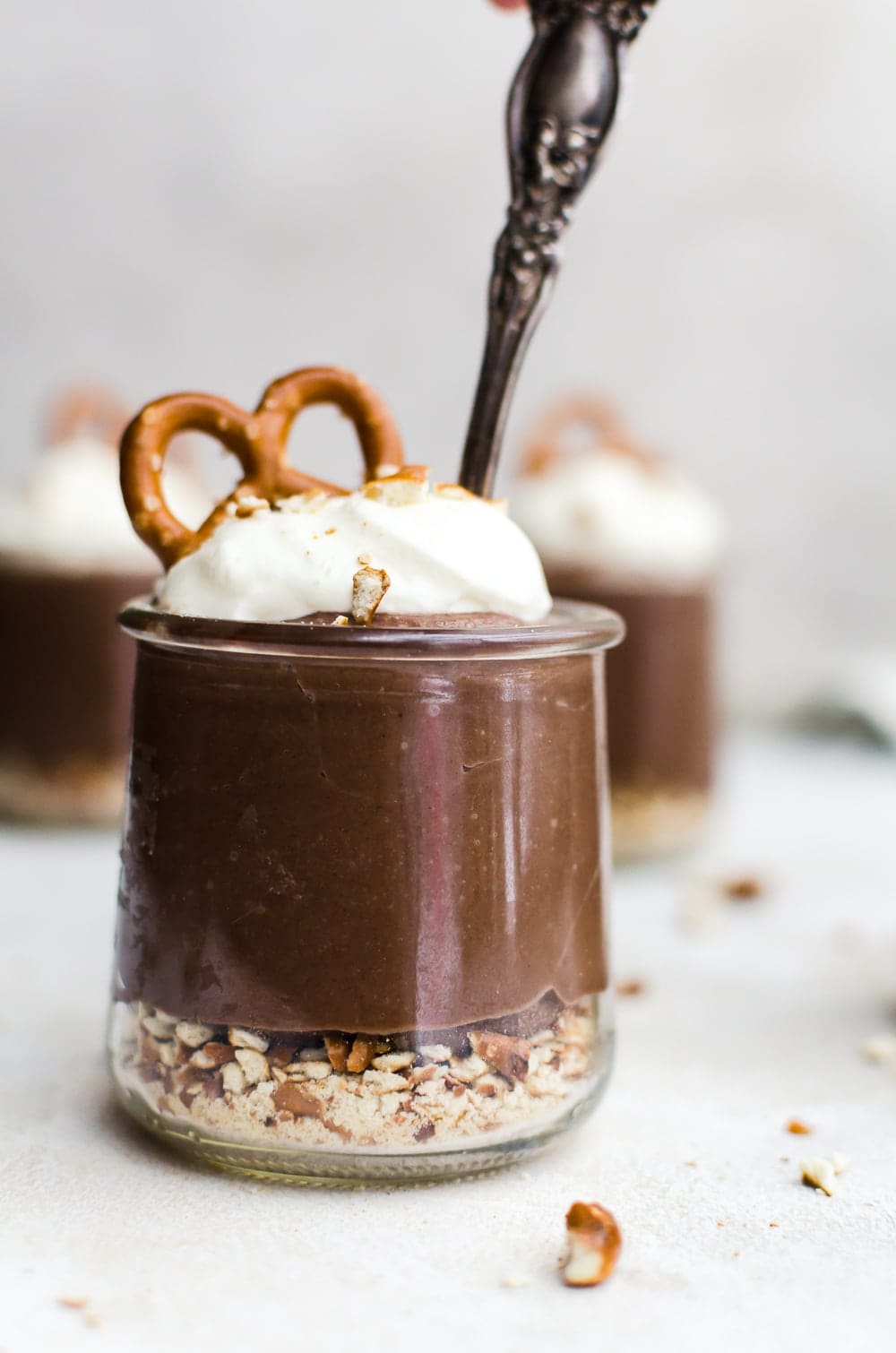 This method not only speeds up the process of making the homemade chocolate pudding, it also means we use fewer bowls. Fewer bowls means less cleanup, and we all love that, right? We need to be able to have more time doing what we love and not just washing bowl after bowl.

If you feel more comfortable tempering the eggs (bringing up the heat to the eggs slowly and separately), you can whisk the eggs in another bowl and heat up the pudding mixture without the eggs. Once the milk is hot and steaming, but not boiling, drizzle in a cup of the hot milk into the eggs while you quickly and continuously whisk the eggs. Repeat that with another cup of the milk, then drizzle the egg mixture back into the saucepan. 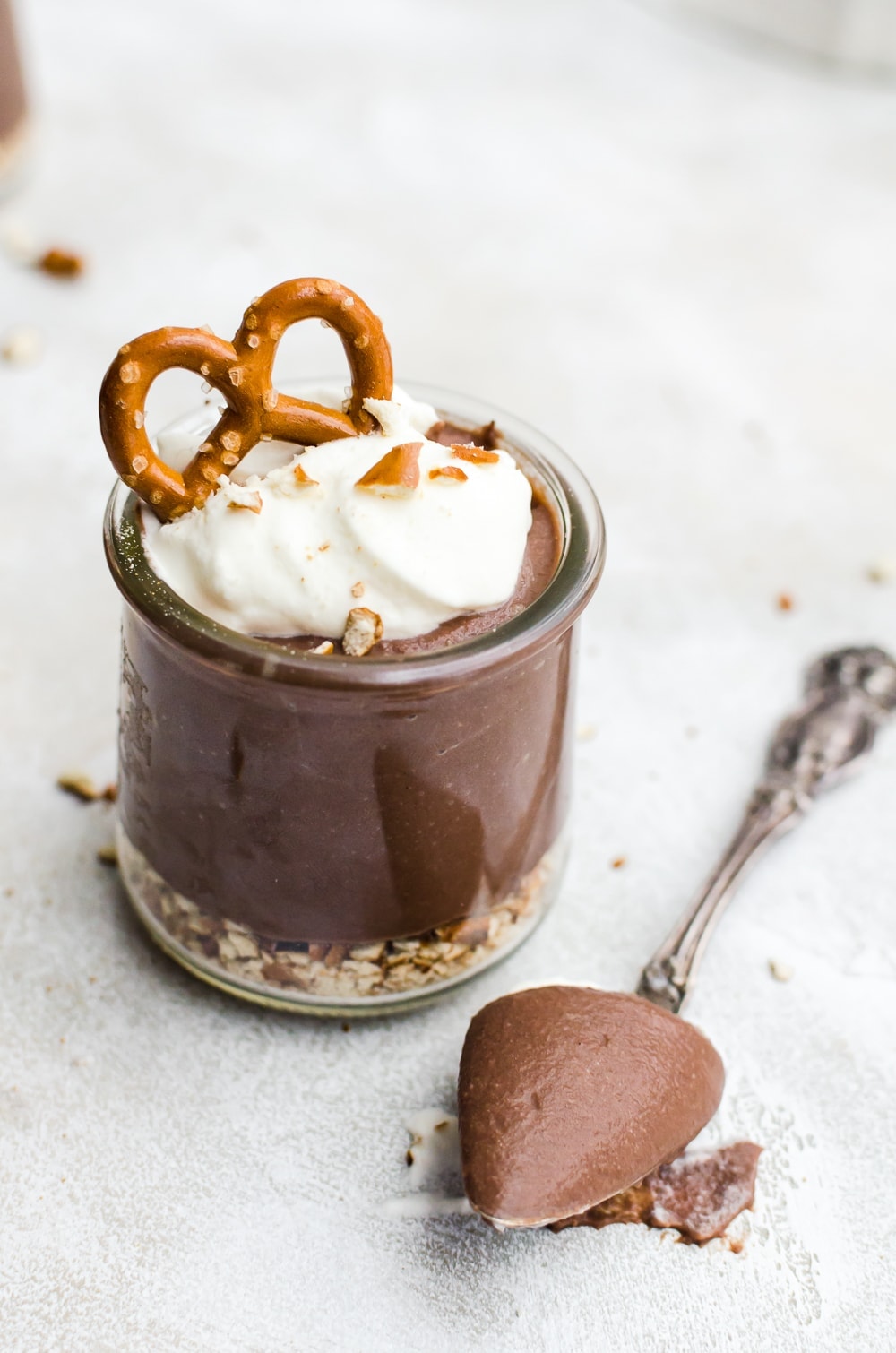 If your easy chocolate pudding ends up grainy, there may be one of two issues. One is that some of the egg became scrambled when you were making the pudding. You can usually fix this by pushing the pudding through a fine mesh strainer. If that isn't the issue, the pudding probably just needs to be mixed more. What I like to do just before serving the pudding is to whip it a bit either with a whisk or even in my stand mixer. 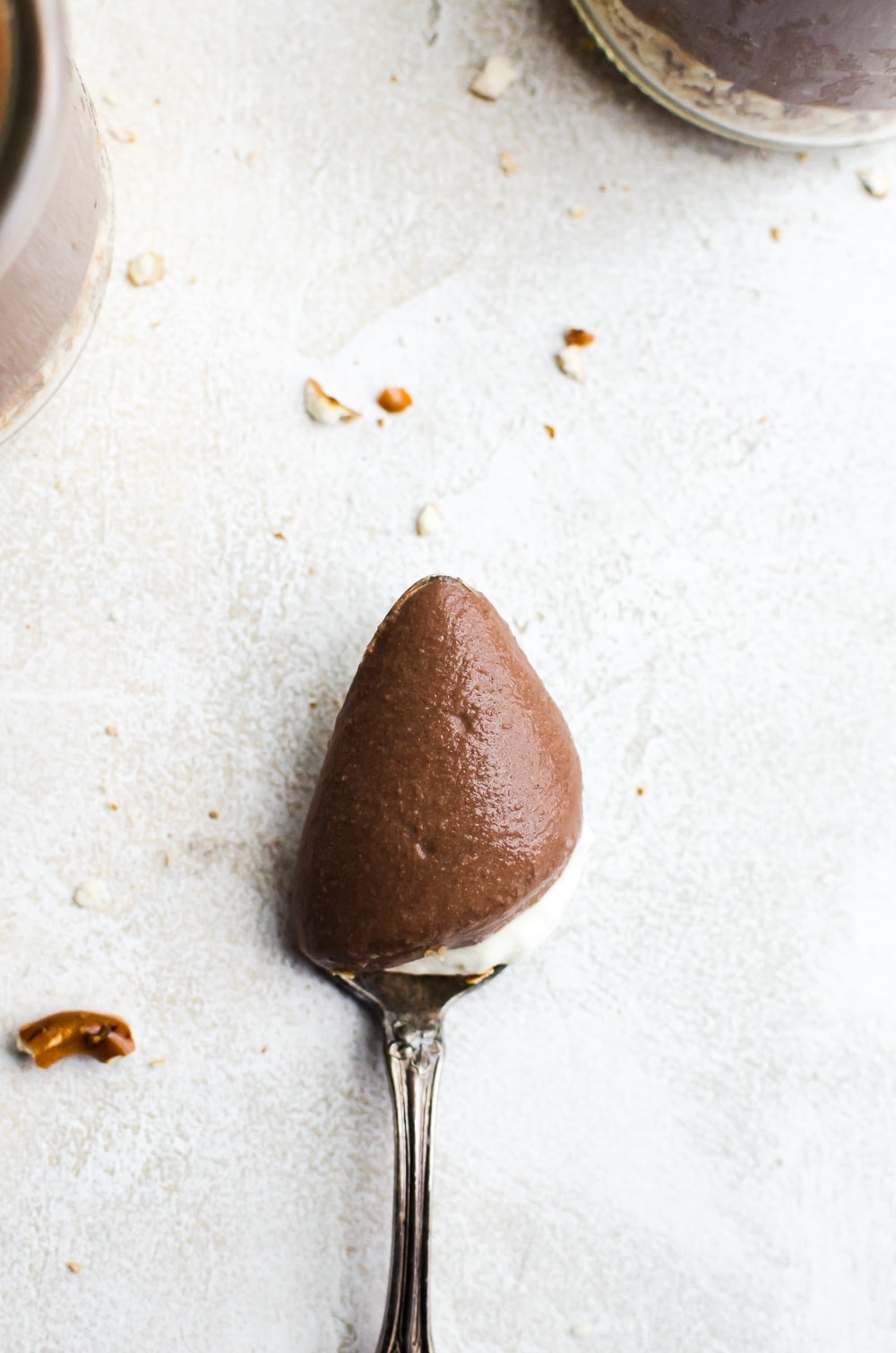 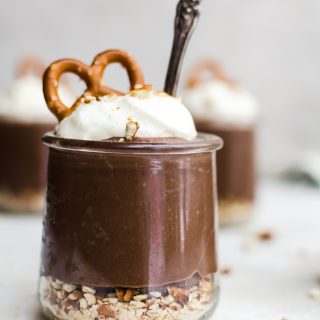