Horchata ice cream is the pinnacle of all things cool and refreshing. Perfect for keeping you sane during the dog days of summer. 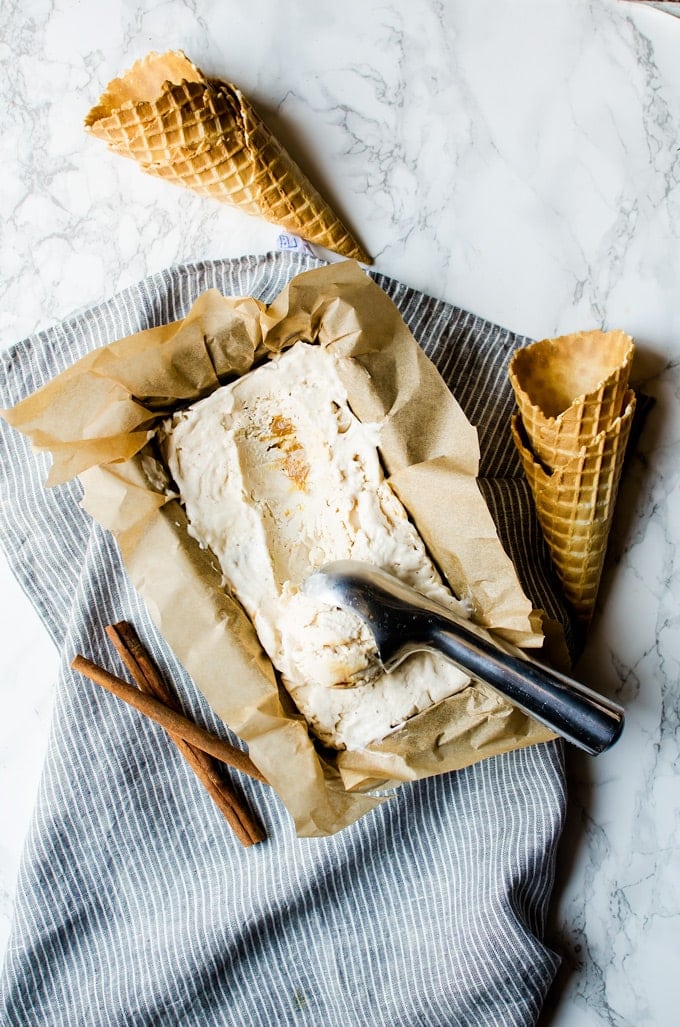 We are continuing on with Ice Cream Week with this incredible horchata ice cream with dulce de leche swirl. I've only had proper horchata twice in my life when I was visiting a friend and her family in Mexico. It was the most incredible drink I've had in my life. I wanted to live off the stuff. My friend's grandmother made it from scratch and tried to tell me her recipe, but I couldn't keep up with her fast Spanish and no one remembered to give it to me later.

I spent ages trying to recreate that sweet, cinnamony drink, but I could never get the ratio just right. Nothing matched the original. When I decided to host Ice Cream Week, I knew that I wanted to take that drink and turn it into an ice cream. I did a lot of research trying to figure out the best way to approach it. In the end, I decided to go against traditional horchata and make it dairy-based. I then decided to turn to Nosh On It for the inspiration for the horchata flavor. 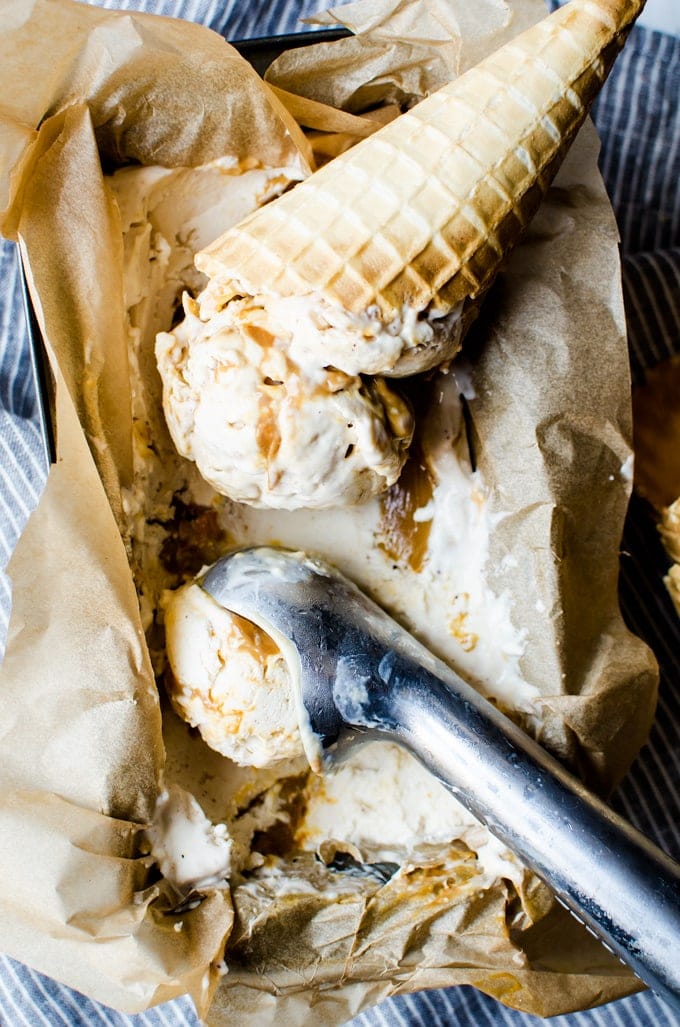 The end result is this out of control creamy, dreamy horchata ice cream that hits all the right spots. It tastes just like horchata, except with a hint of tapioca-ness to it because of the rice infused into the cream. It is cinnamony and absolutely perfect. Since the starches in the rice thickens the base, we don't need to add any other thickeners which means this is an egg-free recipe which is great. 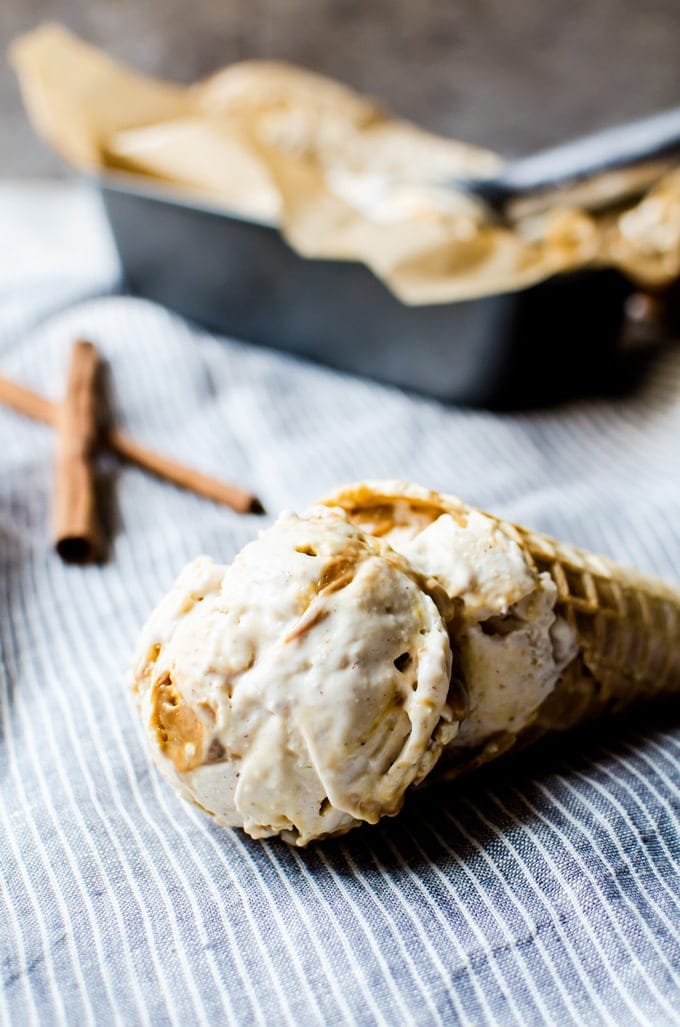 This ice cream also churns like a dream. It finished churning in about 10 - 15 minutes and was already firm enough to eat straight out of the machine. Don't have an ice cream machine? You can always check out my post on how to make ice cream without an ice cream maker.... OR you can enter the giveaway to win your own ice cream maker, plus containers, popsicle molds, and ice cream scoops thanks to my friends at Cuisinart, Tovolo, Zeroll and Rodelle. It's really up to you, but let me just say, I've been using the ice cream maker and other goodies you can win and they are just dreamy. And.... it's pretty easy to enter, too. Just sayin' 😉 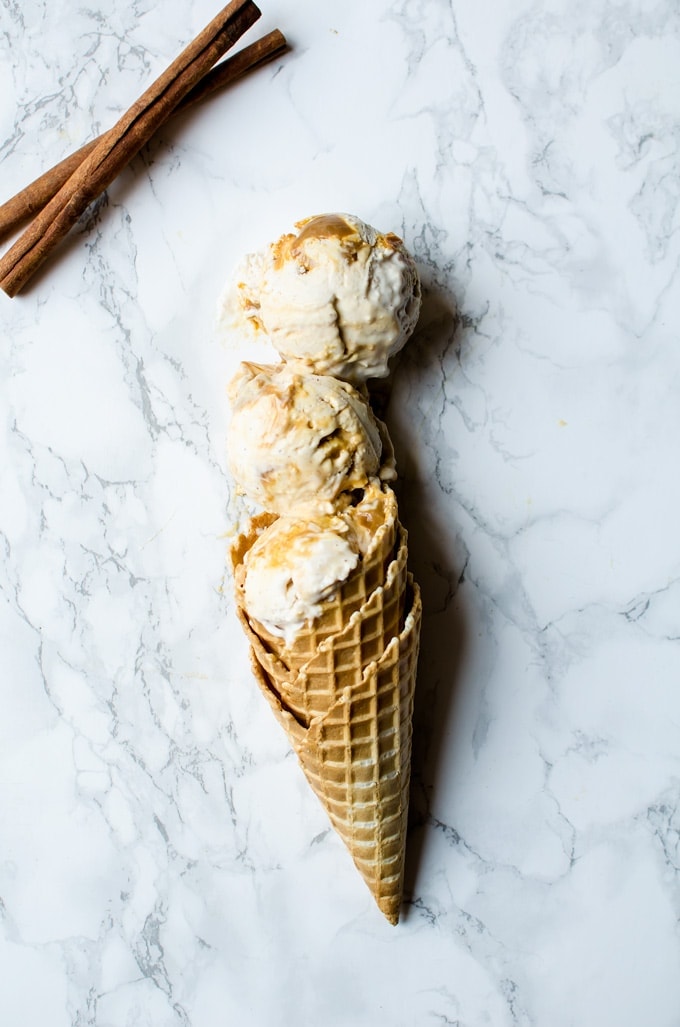 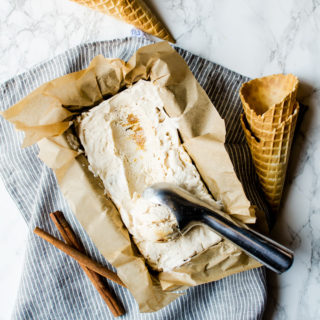 Recipe adapted from Nosh On It