Home - dinner - How to Build the Perfect Hoagie

Everything you need to know about how to build the perfect hoagie - plus TWO hoagie recipes. It is more than throwing meat and veggies on a roll! This post is sponsored by Land O’Lakes. Thank you for helping to support the blog and the brands I love! 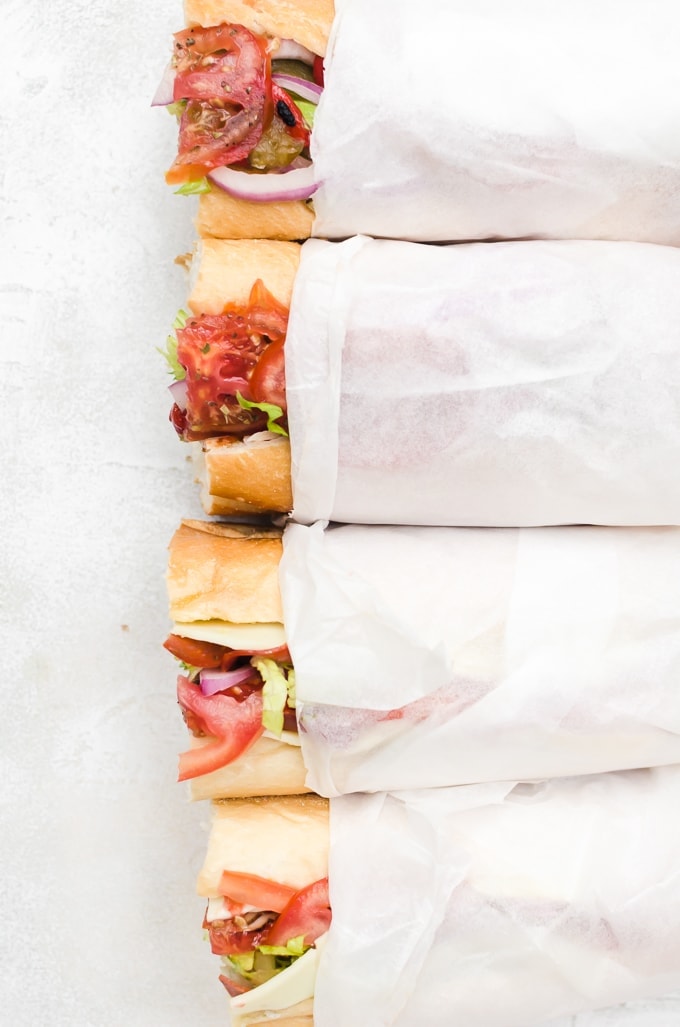 When I was in high school, I worked at a very popular convenience store and deli in the tri-state area. Before I could start working there, I had to go to extensive training. Learning how to work the store was just one small part of it. The most important aspect of the training was sandwich making which spanned several days - much longer than anything else which was usually just a brief overview. At the end, I even got a certificate for my sandwich making skills.

So technically, I am a certified sandwich maker.

I decided that I would share some of what I learned to teach you how to build the perfect hoagie. You may know it as a submarine sandwich or grinder. But around these parts, we call it a hoagie and it is as iconic to us as the Philly cheese steak - and for most of us, it is the cheese steak's exact cold counterpart. It's a lot more than just throwing meat and veggies on a roll when done right, so if you want an amazing hoagie experience, read on. 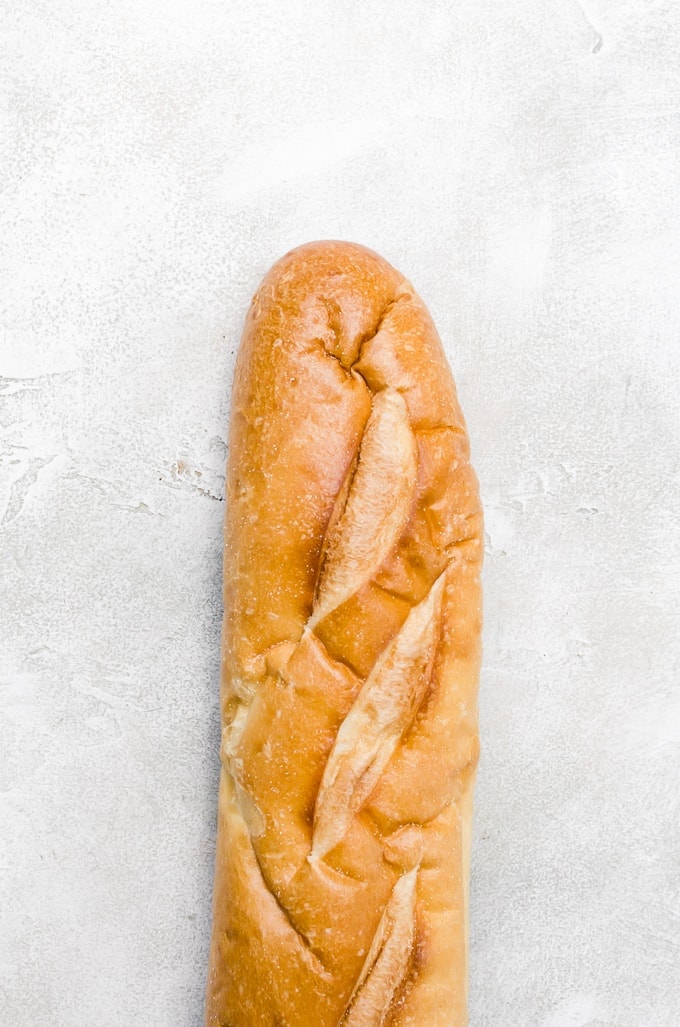 Building the Perfect Hoagie: The Bread

Choosing the right bread for your hoagie is pretty simple. You need a roll that isn't too soft. It needs to hold up to a lot of meat, cheese, veggies, and other toppings. In that vein, it also needs to be wide enough to contain everything. Some people prefer a crustier outside of the roll, while others prefer something more chewy. Some even like sesame seeds.

In my opinion, chewy is better than crusty. Your sandwich should be full to the brim and a crusty roll makes it harder for you to control the bread enough to get a full bite. Chewy happens to be the most popular option in most shops unless you specifically ask for a different type of bread.

If you want to try to bake your own bread, try out these hoagie rolls. 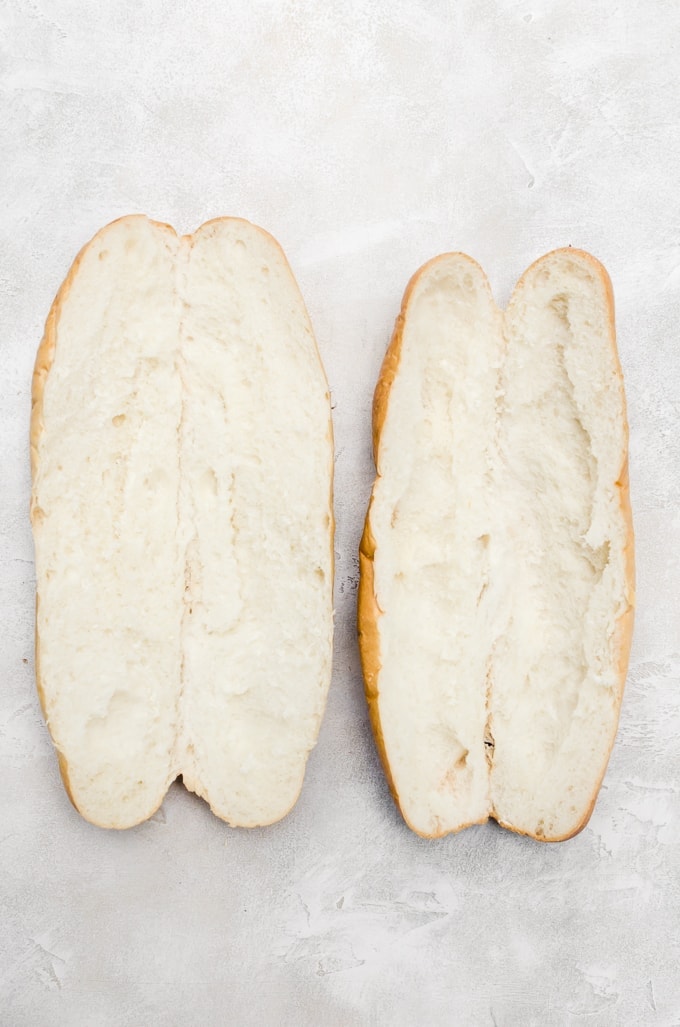 Gut the bread or don't gut? Honestly, we are all friends here so I feel comfortable saying this. If you are gutting your hoagie roll, you have to stop. If you want to gut your Subway sandwich, that's fine. But if you are building a real deal hoagie, you have to keep all that bread right where it is. Your roll simply wouldn't be able to handle all the oil, meat, cheese, and topping you are adding in later. Don't gut your hoagie.

Building the Perfect Hoagie: The Oil

Oil is optional, but my advice is not to skip it. Some places use plain old vegetable or canola oil. But you've got to use extra virgin olive oil. Drizzle the oil lightly on the bread so it has time to absorb and not get everything oily when you are eating.

Also, while we are on this subject, some people like to then also smear some mayo. That's totally up to you, but a good hoagie doesn't need it. 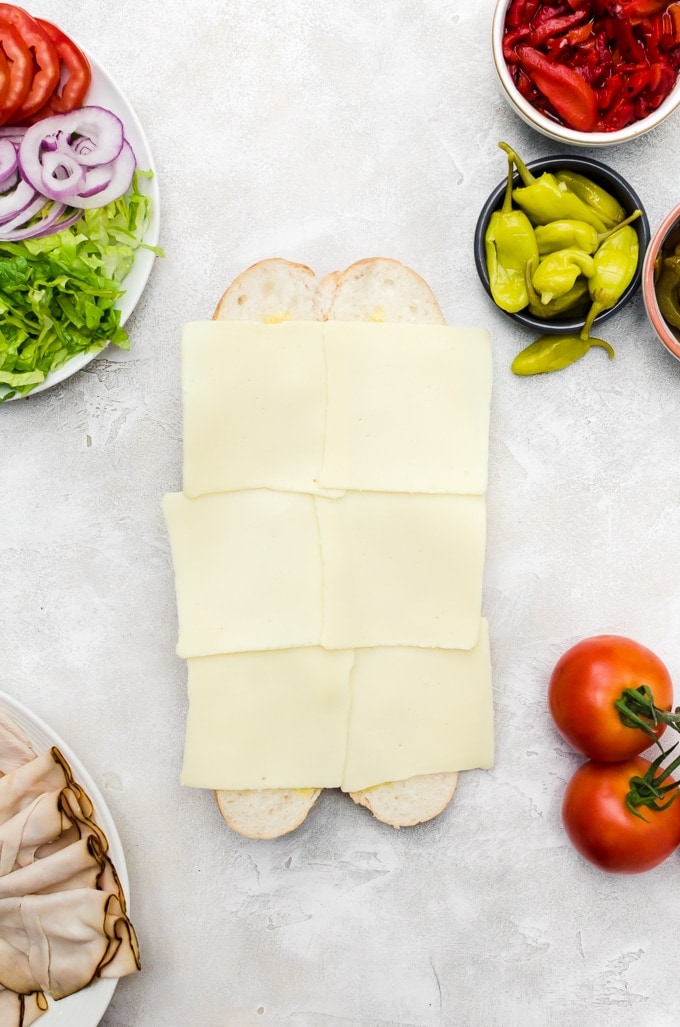 Building the Perfect Hoagie: The Cheese

The type of cheese you use may depend on the type of hoagie you are making, but around the Philly area, it is firmly believed American cheese is a standard that never fails your hoagie in any situation you may be in. I am not a fan of most American cheese, if I am honest, but a good deli slice can be really good. I love how creamy Land O Lakes® Deli American is, plus as far as flavor goes, it isn't like your typical American slice as it's made with quality ingredients you can read. I highly recommend Deli American as your cheese option for your hoagie. If you just can't do the American, Provolone, sliced Muenster, and Swiss are also delicious substitutes.

The cheese acts as a delicious, creamy barrier between the bread and the other ingredients which may add too much moisture into your roll and leave you with a soggy mess. So right after you add your oil, add your Deli American, and add enough to cover your bread. 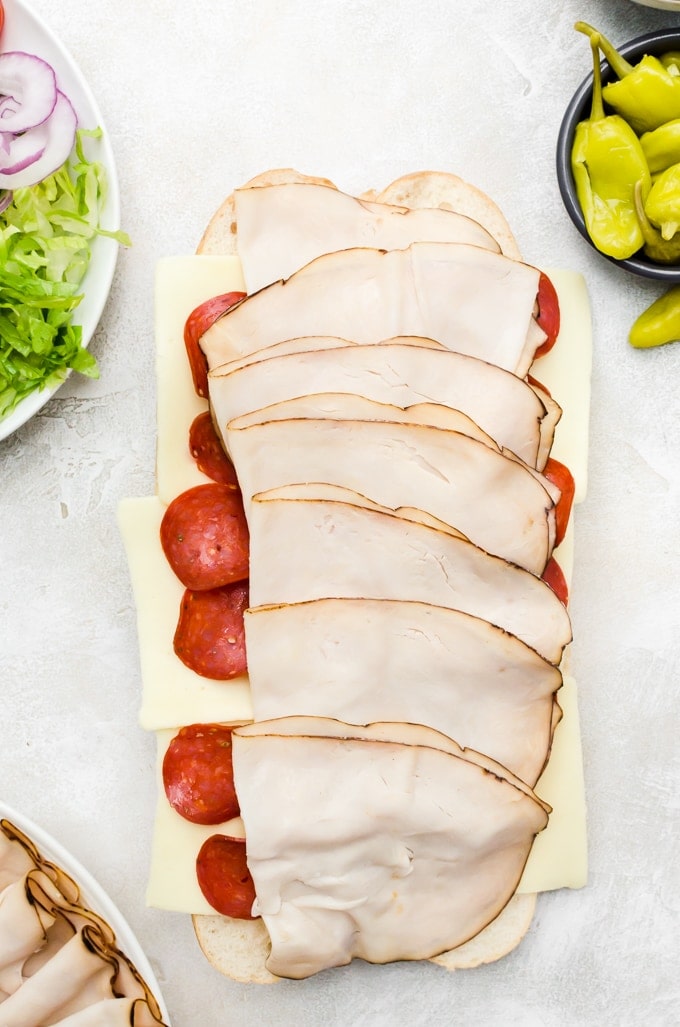 Building the Perfect Hoagie: The Meats

Probably one of the most important decisions in making a good hoagie is choosing the meat. You want something with a good flavor as your main meat. Whether it's roast beef, ham, turkey, or whatever. Then, you need something a little spicier to give more depth to the hoagie. A nice salami or pepperoni is really good.

If you want to go traditional Italian - and you should as often as you can - you want to go for some Genoa salami, soppressata, capicola, and pepperoni.

Personally, I don't eat beef or ham any more, so I tend to go with a honey-roasted turkey or oven-roasted chicken. I'd love some deli pepperoni, but I have to go for the turkey pepperoni which is usually in the smaller slices. Still very tasty. 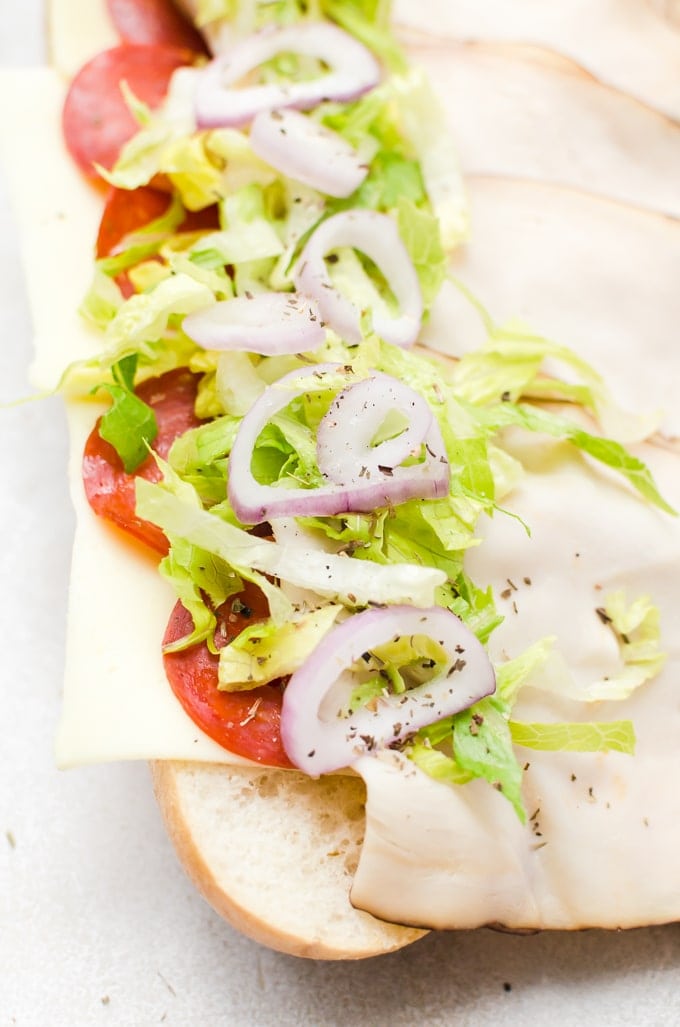 Building the Perfect Hoagie: Lettuce, Tomato, Onion, and Other Add-ins

Some people like to be fancy and add something like arugula to their hoagies. That's cool. I like the pepperiness of arugula and think it can work. The only thing is, it can't be your only green. You need something with crunch. The traditional route is iceberg, but I prefer romaine. Either way, make sure it's shredded (it's pretty easy to do if you start off with thin julienne cuts).

I come from Jersey and we are known for our juicy tomatoes. They can't be beat. If you are in the tri-state area and can get some in summer and early fall, do it. Otherwise, a nice beefsteak or Roma would do.

The type of onion you use is up to you. I prefer red onions in just about every application. This is true here, too. You need to make sure your onions are sliced thin. I also soak my onions in water to tone down any bitterness. 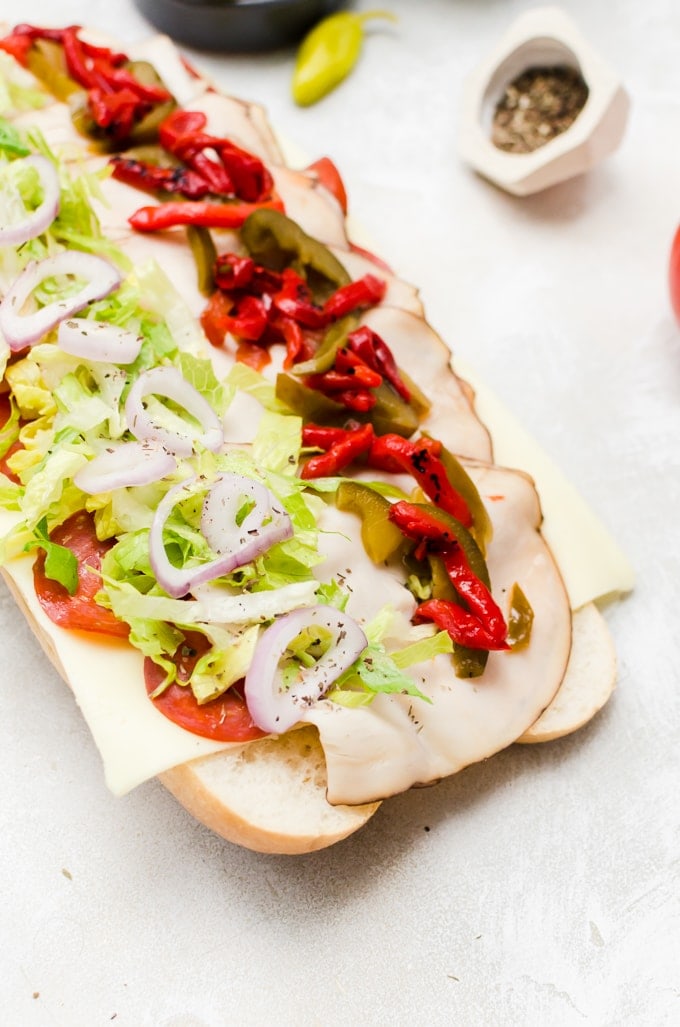 I highly encourage you to get crazy with the other add-ins for your hoagie. Roasted red pepper, sweet pepper, spicy peppers, pickles, olives, pepperoncini..... there's so much to choose from and you need to mix and match to see what you like best. I really think you can go wild here. In my opinion, there is no such thing as too many fillings and the one place you can really get creative. 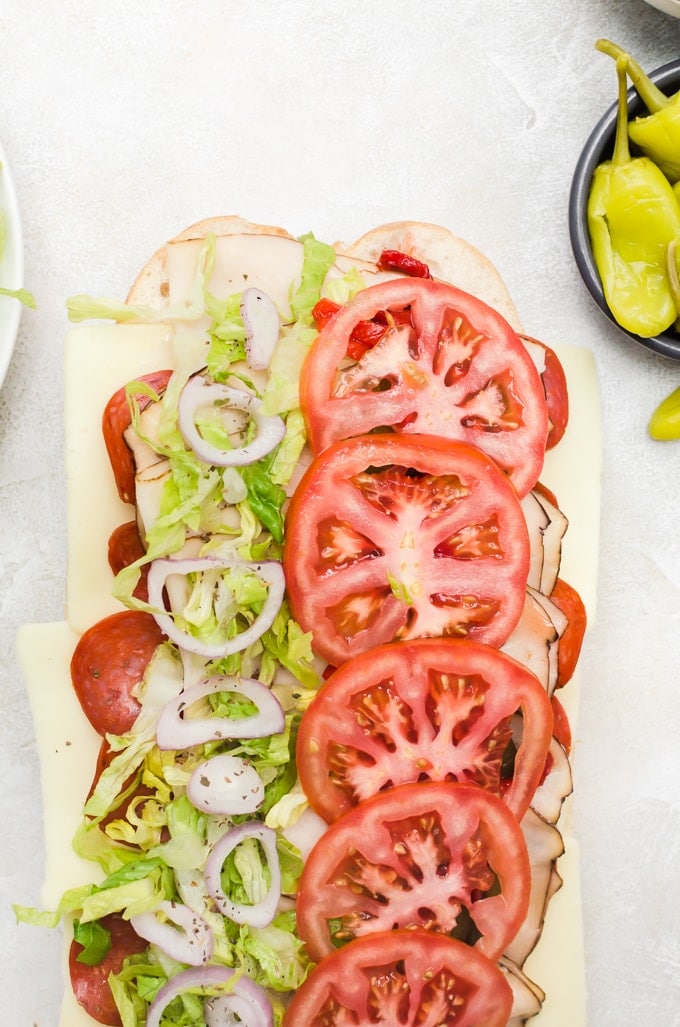 Building the Perfect Hoagie: The Extras

To finish your hoagie, you can you want a sprinkle of oregano, salt, and pepper. I also like to add a few dashes of red or white wine vinegar. Some people also like to add grated Parmesan or even microgreens. Microgreens aren't exactly a traditional add-in, but if you like it, then go for it. 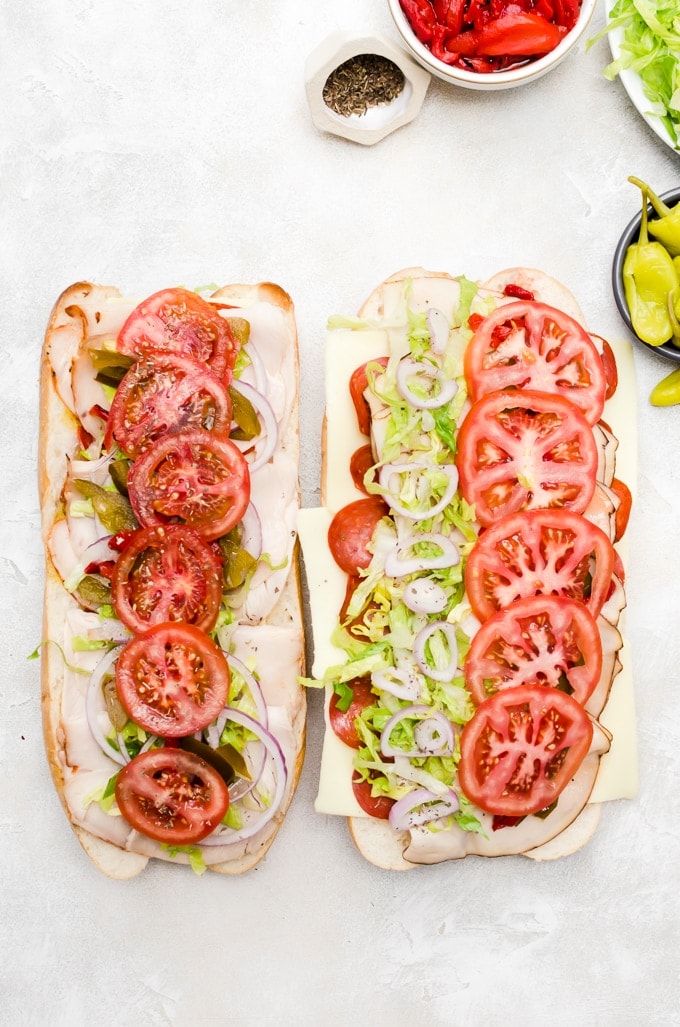 Also, I just want to note that I build my hoagie a little differently than I normally would when making it for myself or someone else. That is to say, I put everything on either side of the bread so I could show you everything. Normally, you just stack everything one by one into a single layer. I like to end with the tomatoes because they make a nice top barrier to keep your fillings inside the roll. 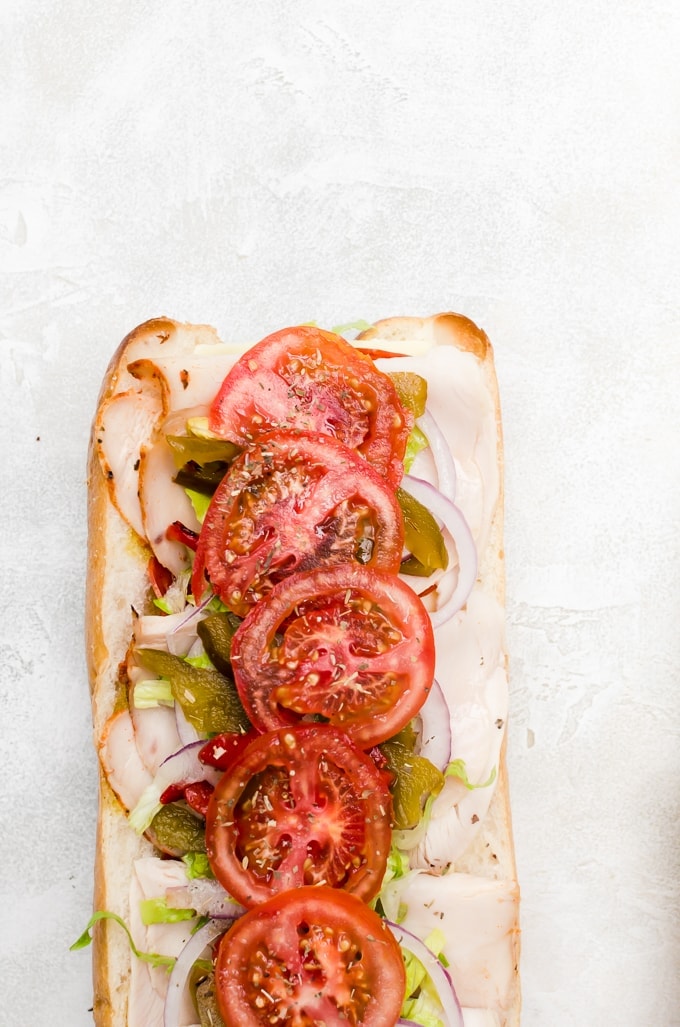 That is basically it! As I said, it's a simple process, but you really need to focus on the order in which you add everything and the quality is non-negotiable. Get the best of the best you possibly can. Don't be afraid to ask for recommendations at the deli counter. 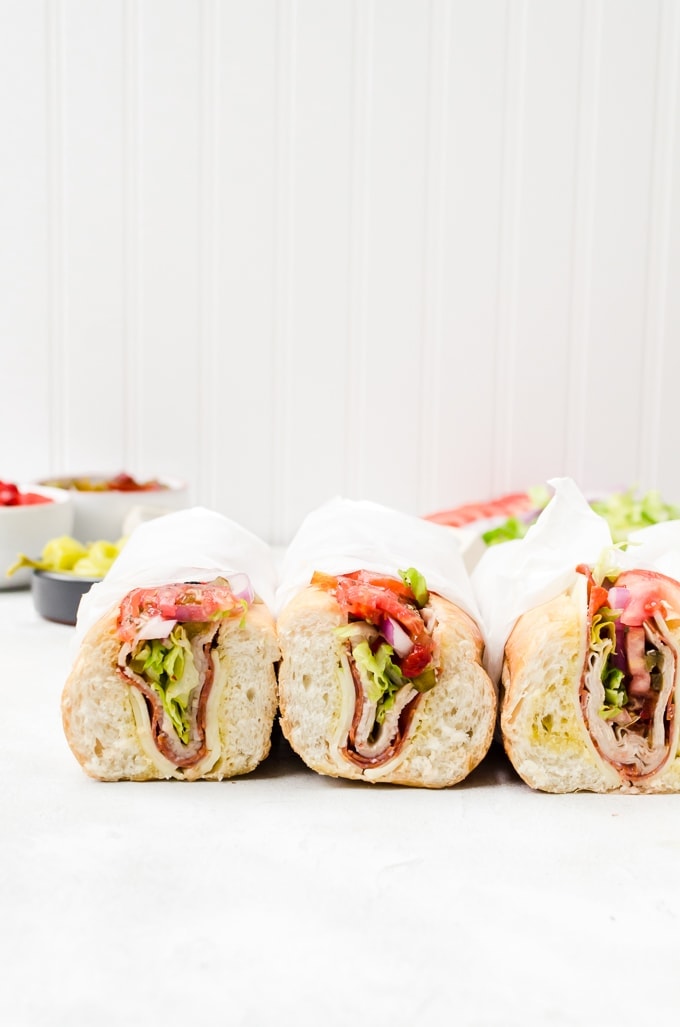 What do you like to have in your hoagie? Any must-haves?

For the Italian Hoagies

For the Turkey Hoagie:

For the Italian Hoagie

Store the hoagies wrapped tightly in the refrigerator for up to three days.

Did you make this recipe?