Fudgy raspberry cheesecake brownies are the dessert you will want to have every day of your life. These irresistible brownies are bound to be a household favorite. 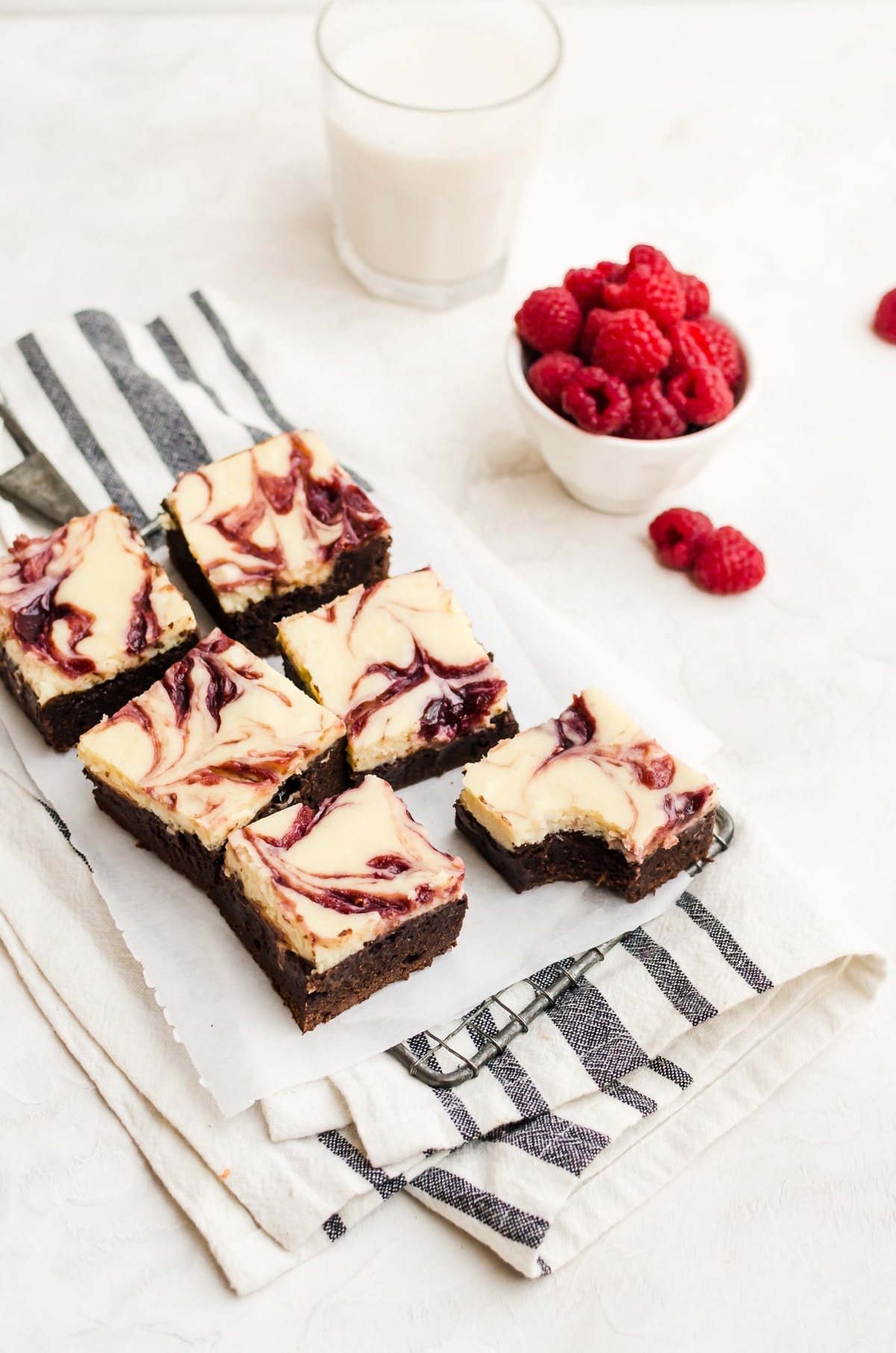 Brownies are a staple in my life. I love a good fudgy brownie. I always regret not getting more creative with my brownies when I was younger because there are so many delicious ways to enjoy brownies. Personally, I especially love fruity brownies. The mix of fruit and chocolate is my jam. 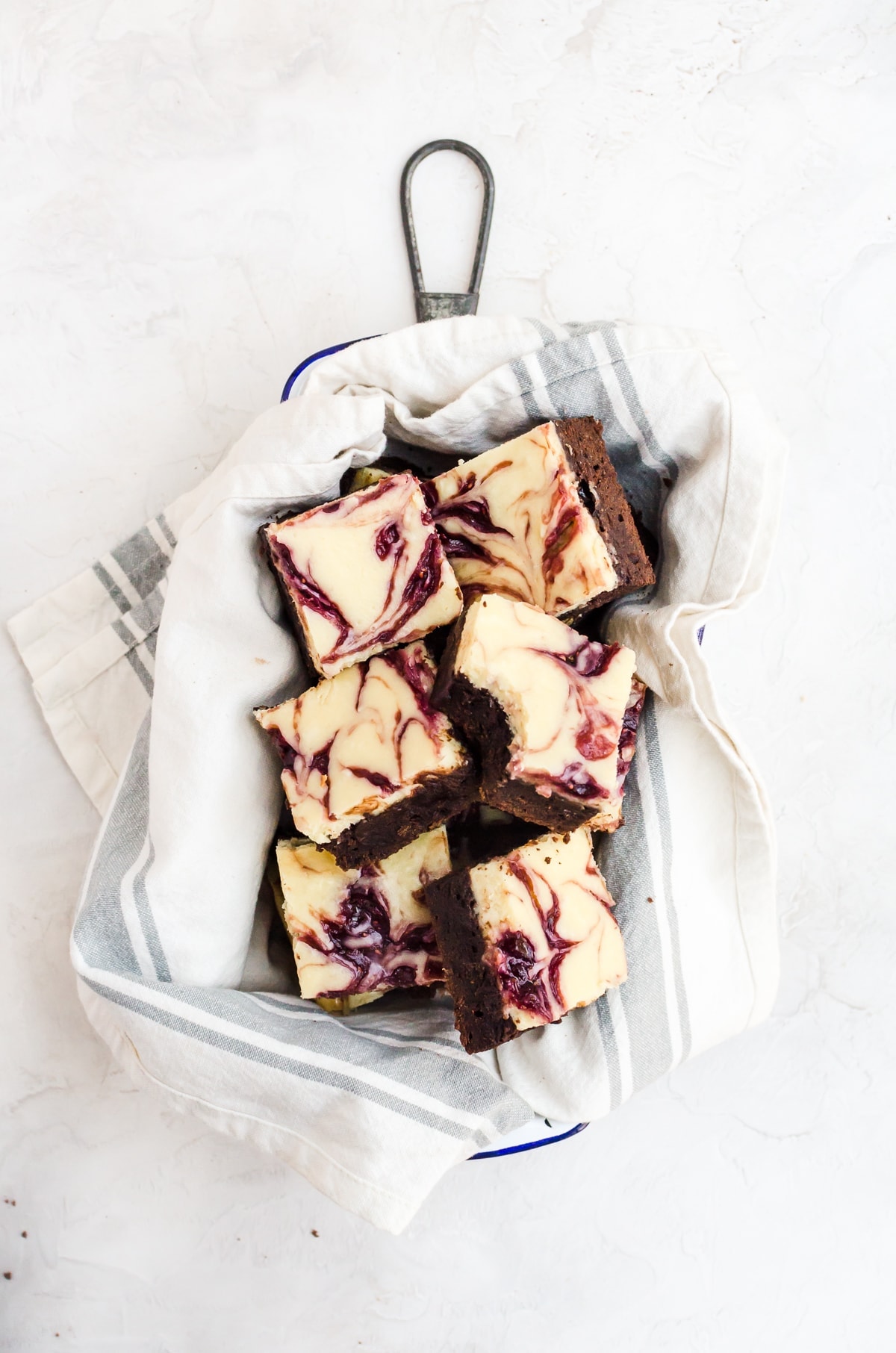 Cheesecake on brownies is like the ultimate dessert because you are getting two delicious things in one bite. The creamy, tangy cheesecake pairs so well with a chewy, dense brownie. Then the swirl of raspberry goes so well with them both and ties it all together to create a treat that will have you sneaking back in the kitchen for "just one more bite."

How to Swirl Raspberry Cheesecake Brownies 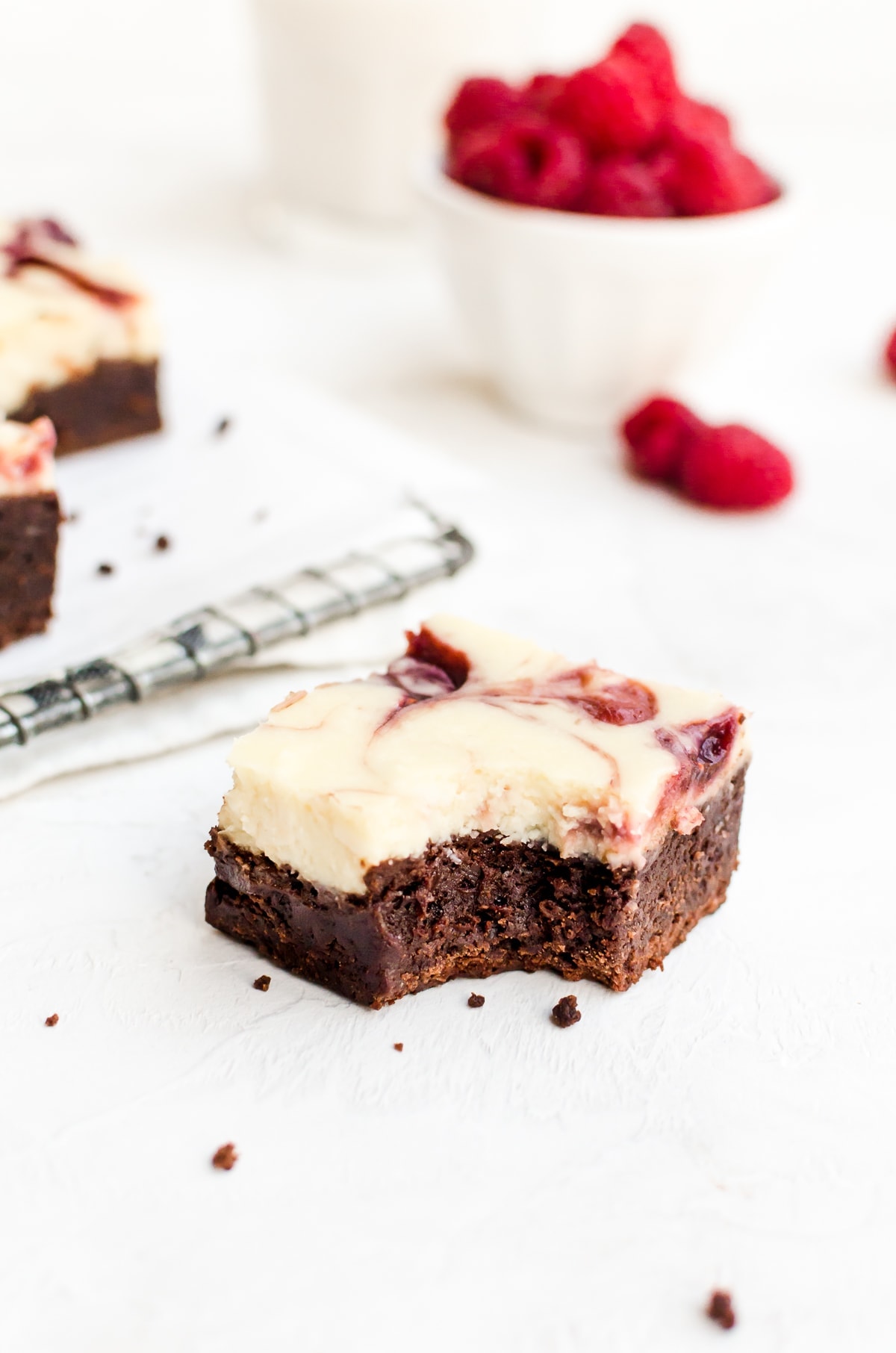 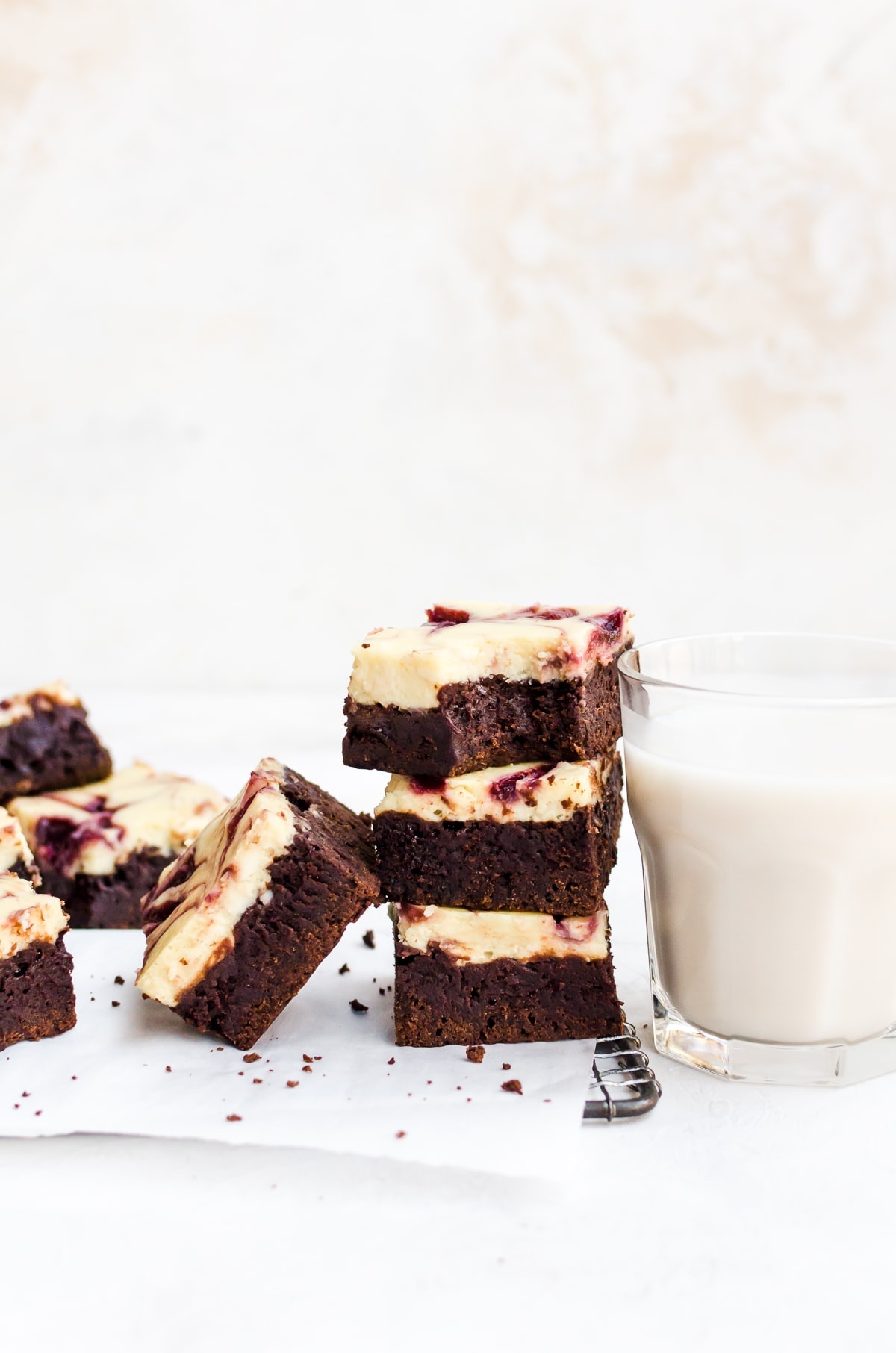