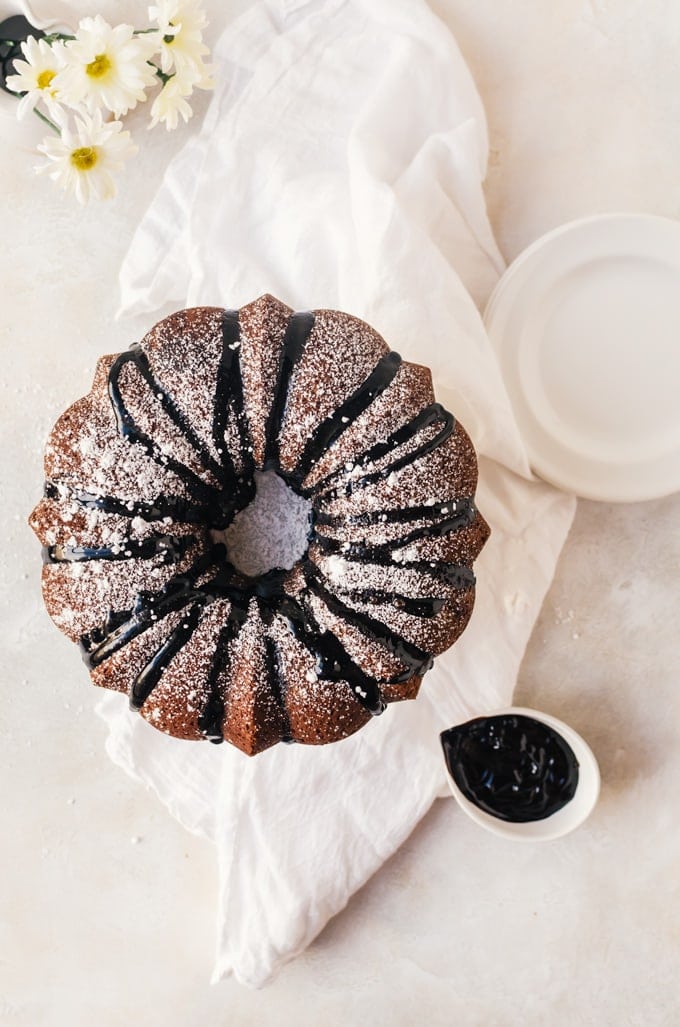 One of my dreams is to travel around and eat all the best food. I want to experience as many different cuisines with as many people as possible. So when Action Bronson created a cookbook around all the amazing food he's had in his travels and included recipes for many of them, I was so excited to take a look inside. It's more than just a book of recipes. It's a guide to how to eat all the best stuff, no matter where you are in the country, with a couple of incredible recipes to go with them for people like me who can't do all that traveling. 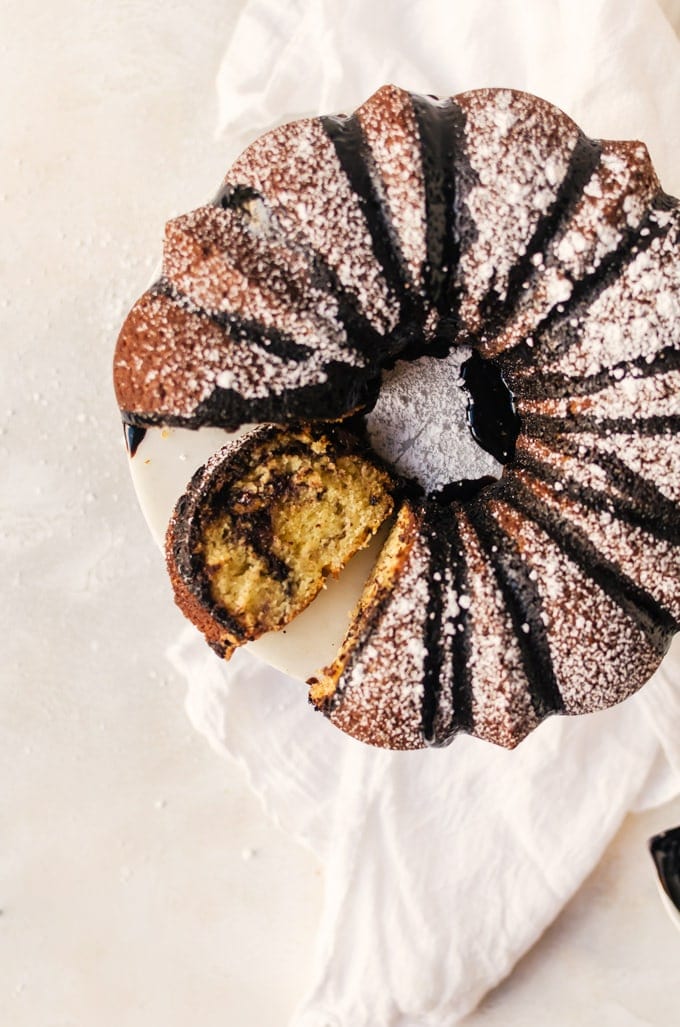 A lot of the recipes are also ones he grew up with. The starting recipes that made him fall in love with good food. One of the recipes was this raspberry chocolate coffee cake (also known as GoGo's Coffee Cake". It had everything I love in it. Cinnamon, chocolate, raspberry jam, tons of chocolate ganache, and a healthy dose of powdered sugar. I had to try it. 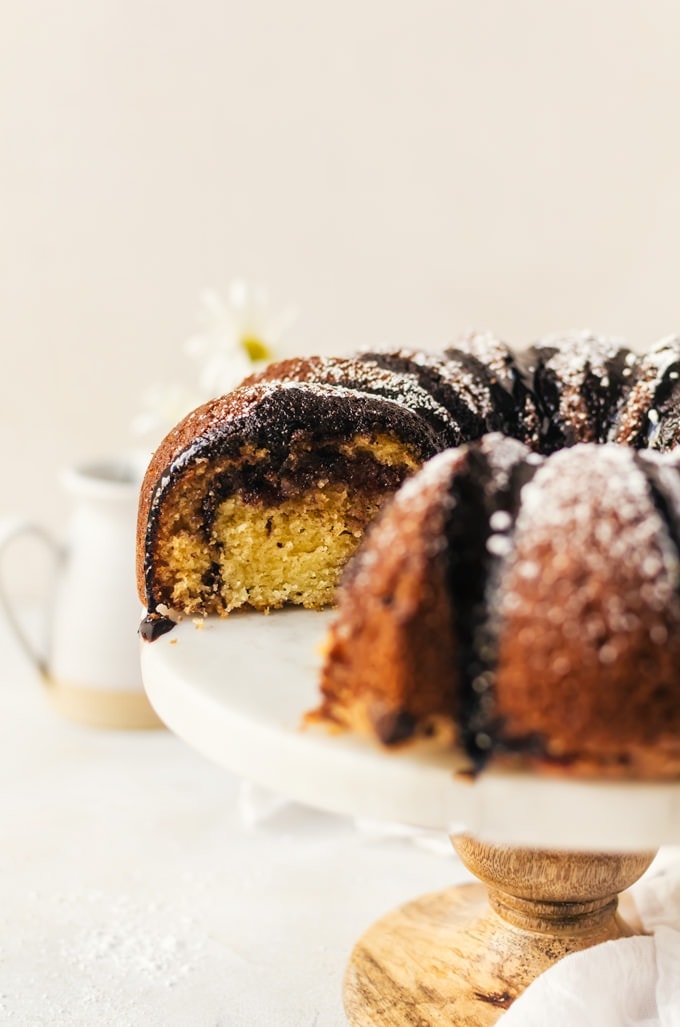 The raspberry chocolate coffee cake is sweet, but not too sweet. Buttery, with an amazing texture. I found myself saving that sweet pocket of raspberry jam last because that was my favorite part, and I'd have it with just a bit more of the chocolate ganache. I loved the way they added the raspberry jam, which isn't something I've seen many people do. You take the cake out near the beginning of the baking period and then dollop in the jam. The jam sinks in a bit while baking which suspends it in the cake, while also ensuring you don't end up with the hump in your coffee cake which often happens when you are baking in a Bundt pan. 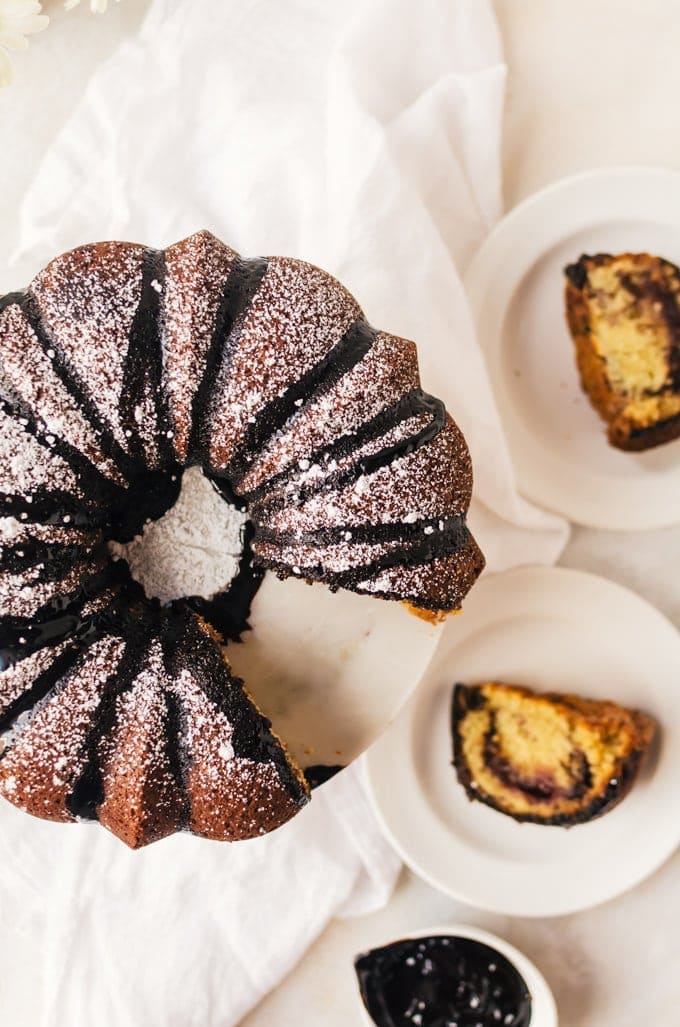 I can see myself making this raspberry chocolate coffee cake several times over for my family. It's so easy to whip up that I could easily have my daughter help me with the baking. If there ever was a cake that should be a go-to, this one is it. Just don't forget to use the right preserves. 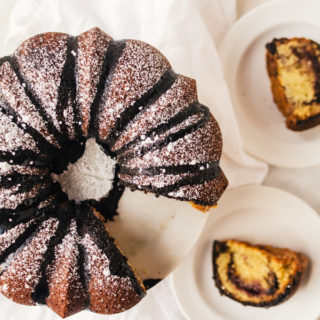