Life will be amazing once you get these red velvet churros in your life! Dip them in a cream cheese frosting dip or a luscious Nutella dip for the most amazing experience ever. 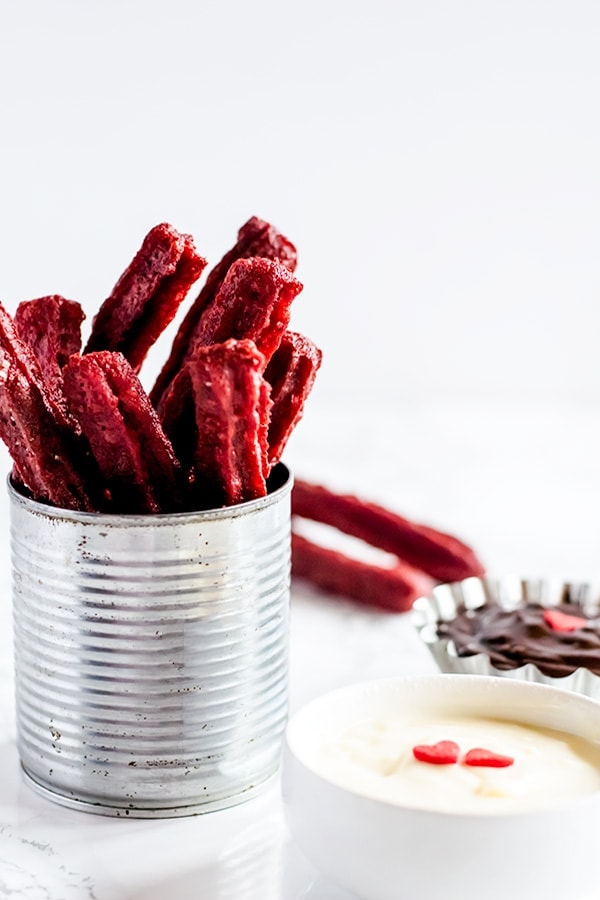 I've been dreaming about these red velvet churros for a while now. Literally. I would dream about making these and eating them covered in so much cinnamon sugar that it would get all over my hands and face and I would be so happy. Finally, I couldn't take it anymore and made them.

These are a classic churro recipe for a crisp exterior and a light, chewy inside. I added cocoa powder and the last of my red velvet emulsion. So it has the texture you expect with a churro, but with the taste of red velvet. And instead of smothering it with cinnamon sugar like in my dreams, I used a light coating so as to not distract from the red velvet. 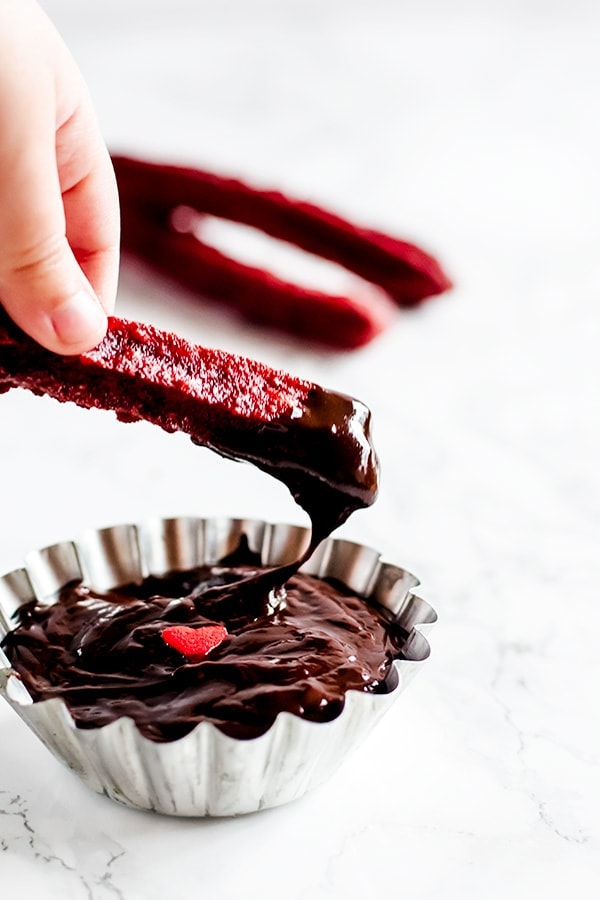 I am in love with these red velvet churros. I think I will make them my Valentine this year! 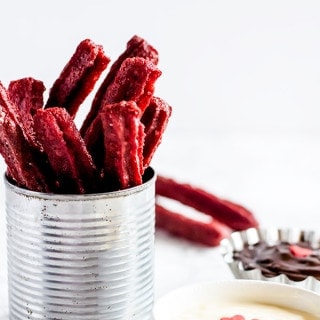