This rhubarb pear almond crisp is both simple and fast to make! A crowd-pleaser for picnics or other get-togethers that blends sweet and tart flavors together beautifully. 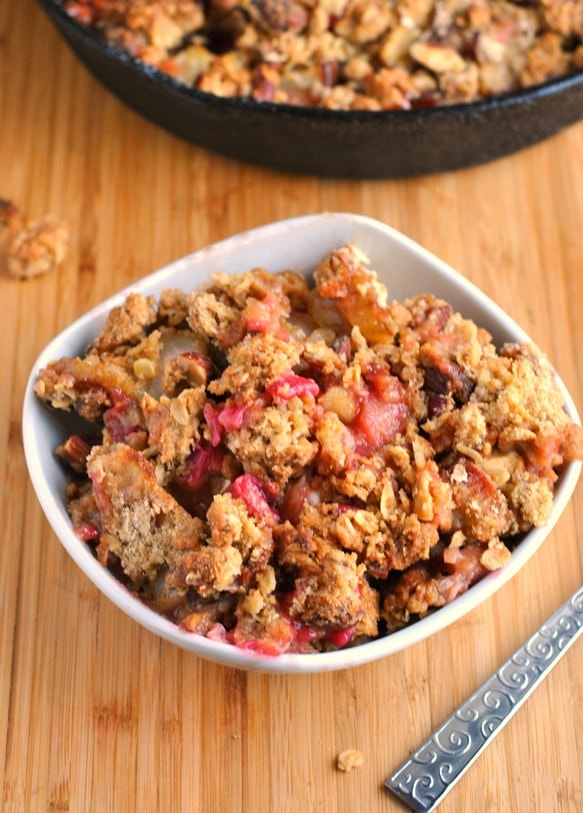 My first experience making a crisp was in college, and it was unsuccessful to say the least. My flatmate and I threw in fruit sans sugar, with only crumbled graham crackers on top. It turned into a horrible dry mess we vowed to forget. Since then, I've learned my lesson to not turn up the oven to nearly 500 degrees F and to keep my crisps moist! 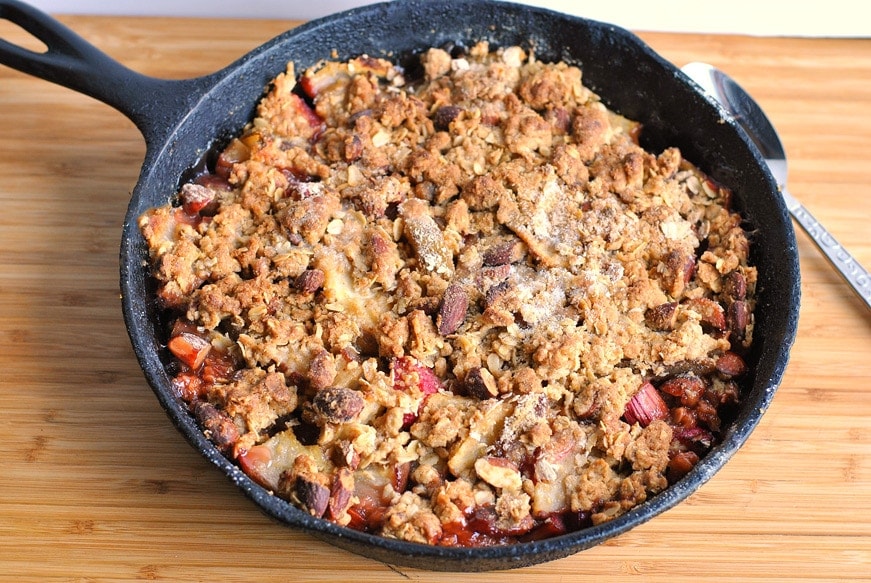 Rhubarb season is my favorite, and it's bright flavor epitomizes Spring. I love the sweet/tart flavor combination that pretty much goes with everything. I hate that rhubarb season ends so soon! Rhubarb should be a year-round vegetable. By the way, did you know rhubarb was a vegetable? 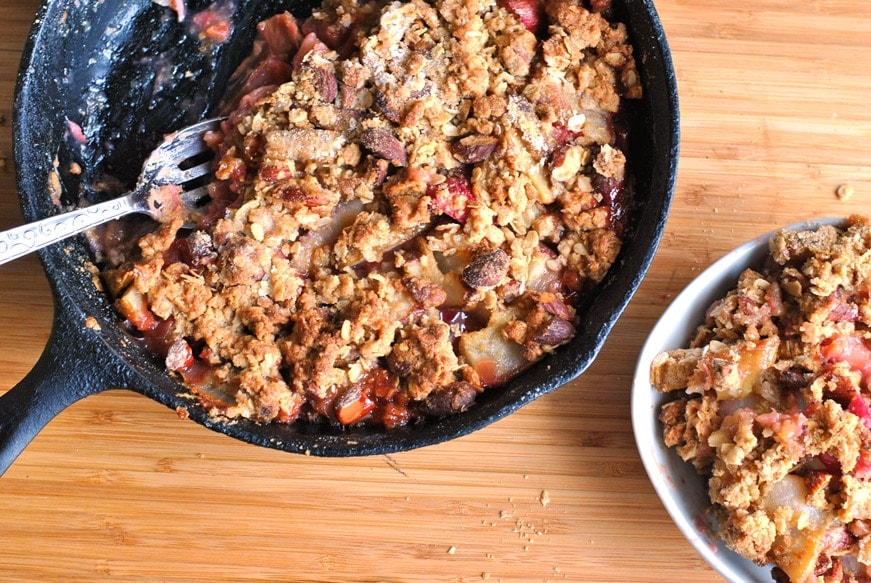 This rhubarb pear almond crisp is going to be your favorite way to celebrate rhubarb season. This sweet, tart, crunchy dessert is as simple as it is delicious. The pears, rhubarb, cinnamon, and almond flavors mesh perfectly. So. Freaking.  It is light which is perfect for those warm Spring nights when you want to sit outside and watch as the sun goes down later and later in the day. Oh yes, bring on the 7 pm Spring sunsets. 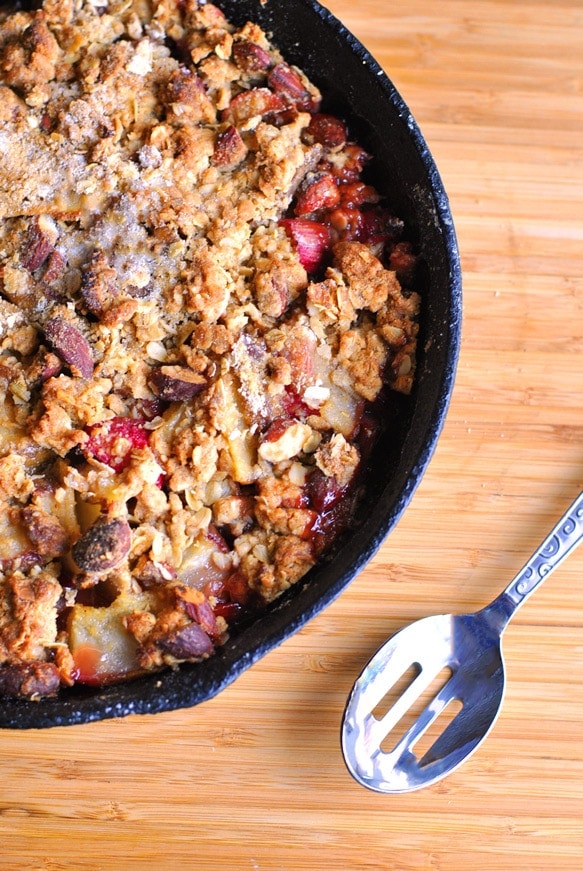 If you want to eat this rhubarb pear almond crisp right out of the cast iron skillet, I won't tell. In fact, I highly encourage it. So go on, grab a fork and have at it! 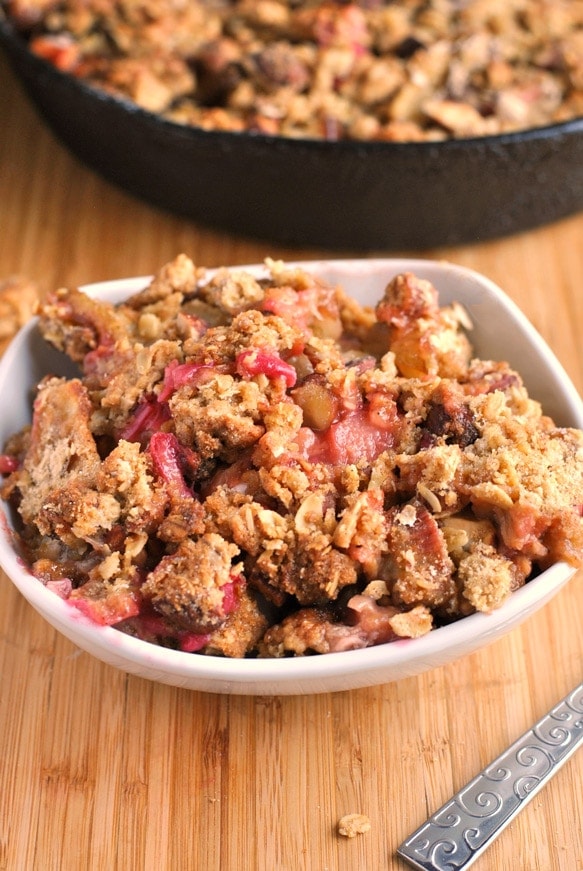 Don't have time to make this yummy crisp now? Pin it for later! 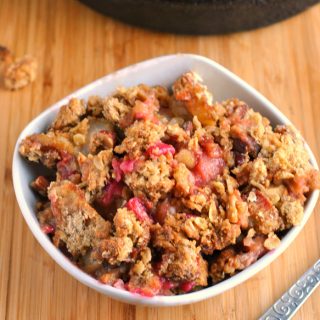