An incredibly entertaining and decadent take on two American classics: the cheesecake and S'mores. This S'mores Cheesecake with Bailey's Fudge Sauce is an easy and fun recipe for anyone to make. 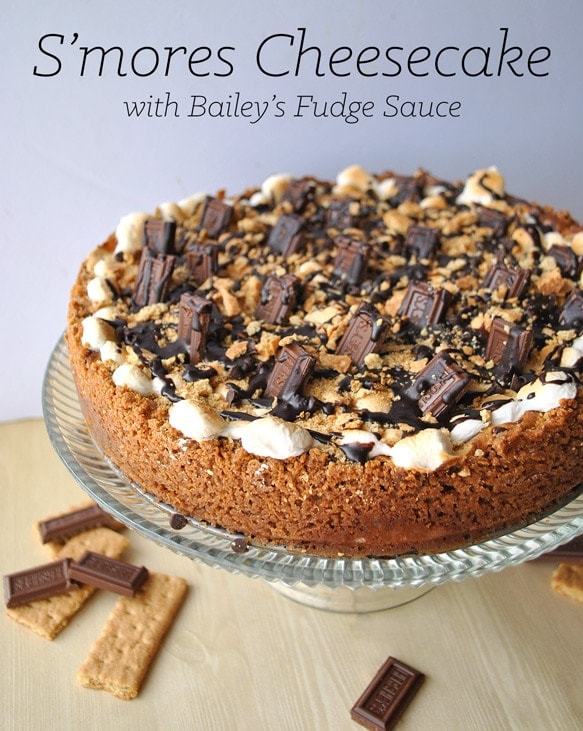 Back when I was in college and had just broke up with my first live-in boyfriend, I became obsessed with baking. There was one site in particular I used to frequently visit for inspiration and recipes. Sadly, I cannot remember the name of the website nor can I find out since I bookmarked the site on a computer that is long gone. One recipe I found there that I've been dying to create since was a S'mores Cheesecake.

For years, I would buy most of the ingredients, but forget others. It just did not seem as though it was meant to be. I read that recipe over and over again, I practically had it memorized. When I decided to start this blog, I knew enough was enough and began my mission to make this cheesecake. I went out, bought everything I needed, and marched right back home to start baking. I created this recipe based off of what I remember from the original recipe, with an added touch of my personality. 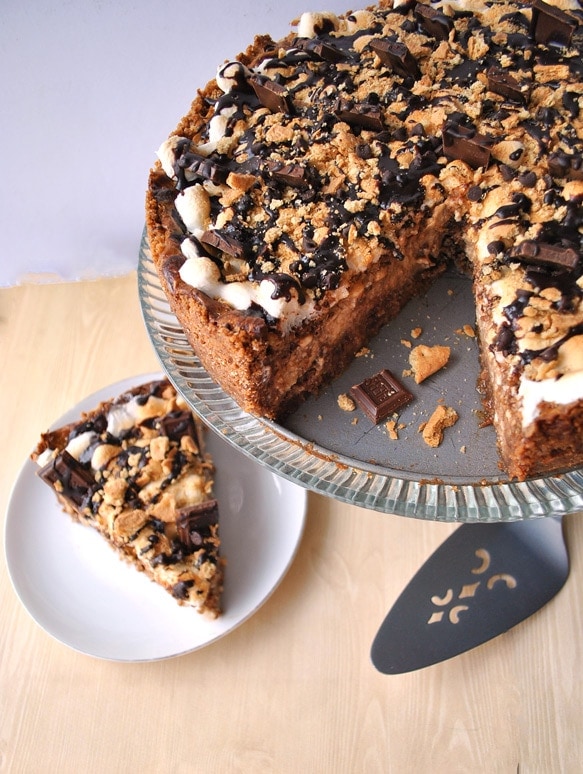 The original recipe did not have any fudge, just pieces of melted chocolate. I decided I needed to use fudge. and it needed to be my Bailey's Irish Cream Hot Fudge. Of course, if you are planning on sharing this with children, you can always opt for melted chocolate or regular hot fudge!

What you may realize about this recipe, and my S'mores Stuffed Cookies , is that I like cinnamon in my S'mores. Trust me, it's a necessity. It really takes your S'mores to the next level. Don't forget the cinnamon. 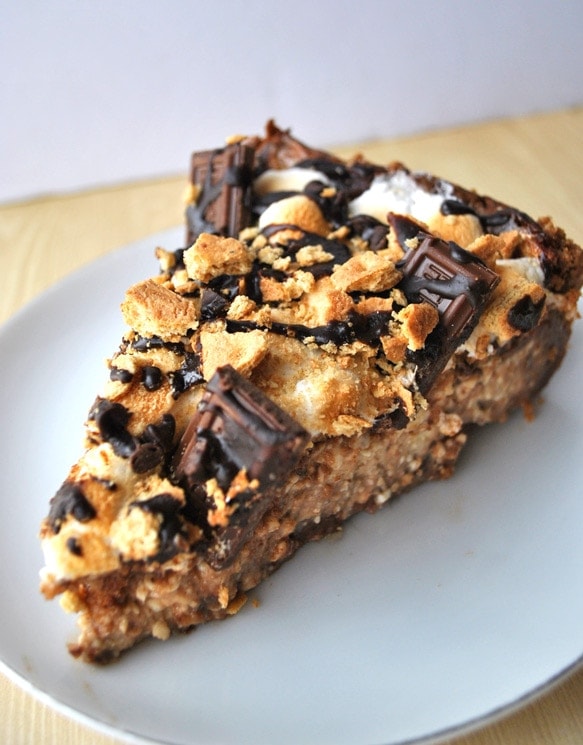 This recipe is great with regular marshmallows, but I feel like the cheesecake holds the marshmallow flavor much better with vegan marshmallows. If you have the chance, try it. To help let the marshmallows shine, it is important to go light on the chocolate, which is why I only drizzle the hot fudge and use a minimal amount of mini chocolate morsels. The Hershey's on top usually end up being just decoration or eaten on it's own because a smidge of chocolate in the cheesecake is really all you need.

Don't have time to make this decadent cheesecake now? Pin it for later! 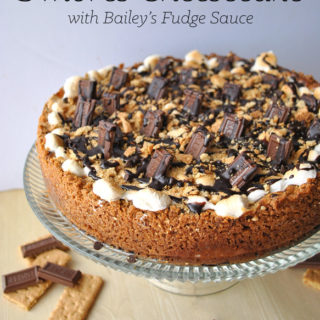