There is something so satisfying about this grapefruit almond tart. It's the perfect dessert for a special dinner party. 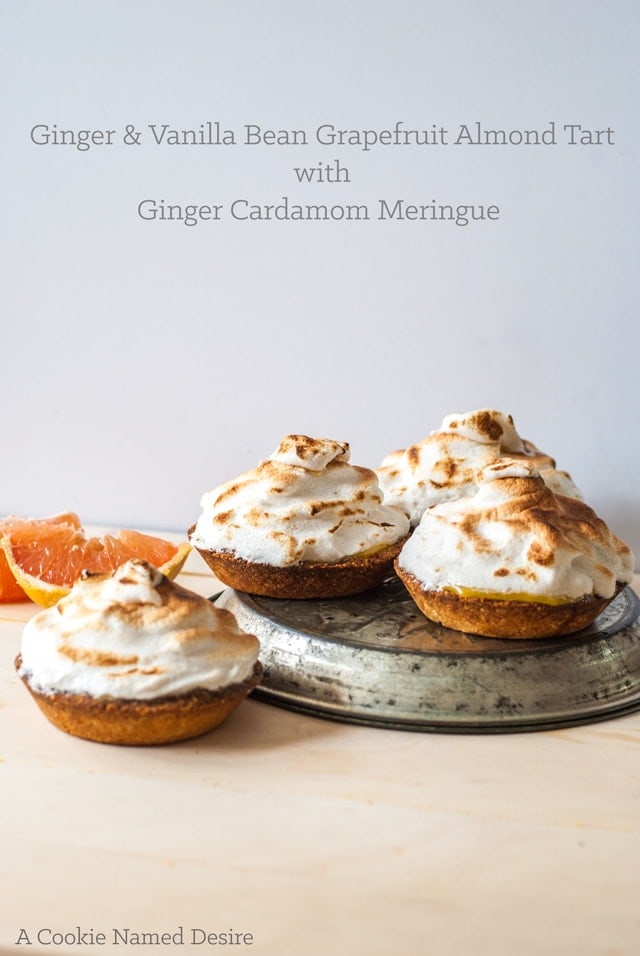 I am sure I've mentioned this before, but I am a citrus-holic. I love citrus fruits and find ways to eat them as often as I can. One of my favorite citruses is grapefruit. A lot of people think of grapefruit as being too bitter to enjoy without large amounts of sugar. I've actually found that Florida grapefruits are so sweet, you can peel and eat them as a snack on the go. 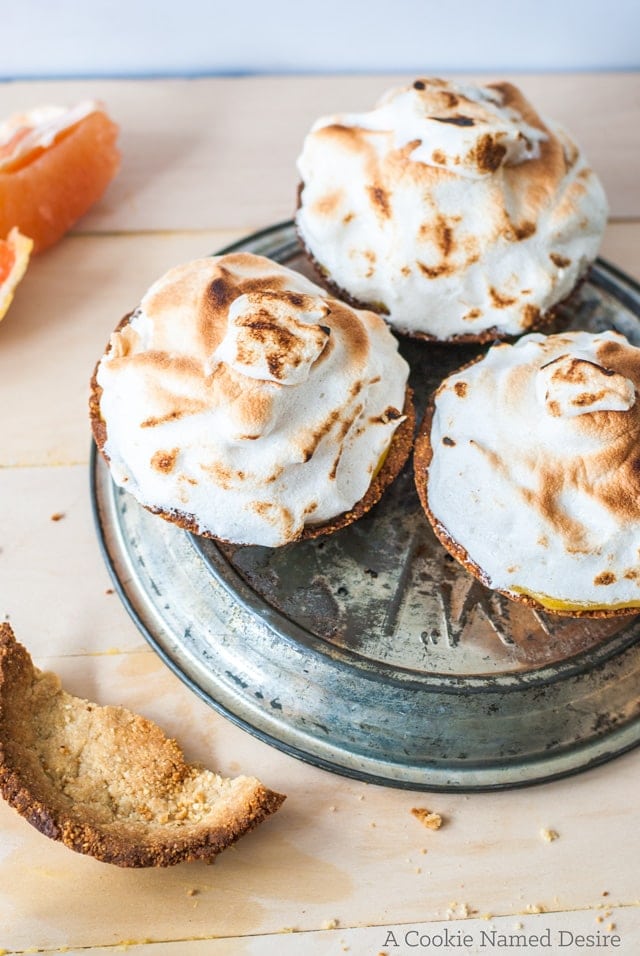 The trick is to know how to spot a Florida grapefruit and know when to buy them. Like most citrus fruits, grapefruits reach their peak during the winter and very early spring (from January to March). At this time, they are at their sweetest and So. Freaking. Juicy!! (Seriously, in the recipe below, I was able to get over a cup of juice from just one grapefruit!)

I'll be honest with you, Florida grapefruits aren't the prettiest grapefruits in the stand, but speaking a a bit of a connesiuer, I can tell you this is a time when looks are deceiving. Think of them as the Ugly Duckling. The aren't always lookers, but what's inside is the sweetest of all fruit. Plus, it makes them easier to spot. 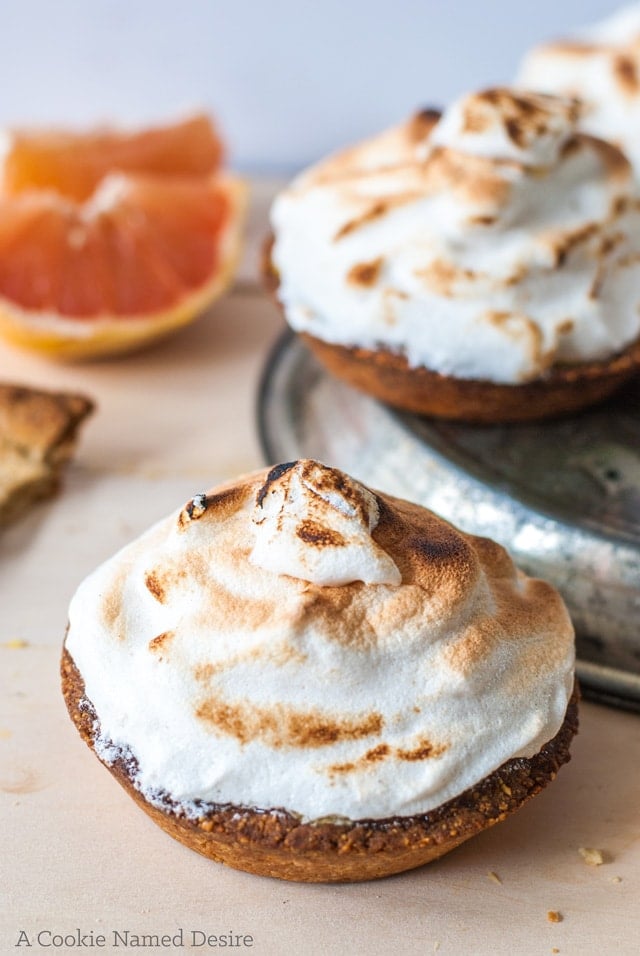 Some of my favorite ways to eat Florida grapefruit:

What is your favorite way to eat grapefruit? I mostly like to just peel and eat right off the rind. 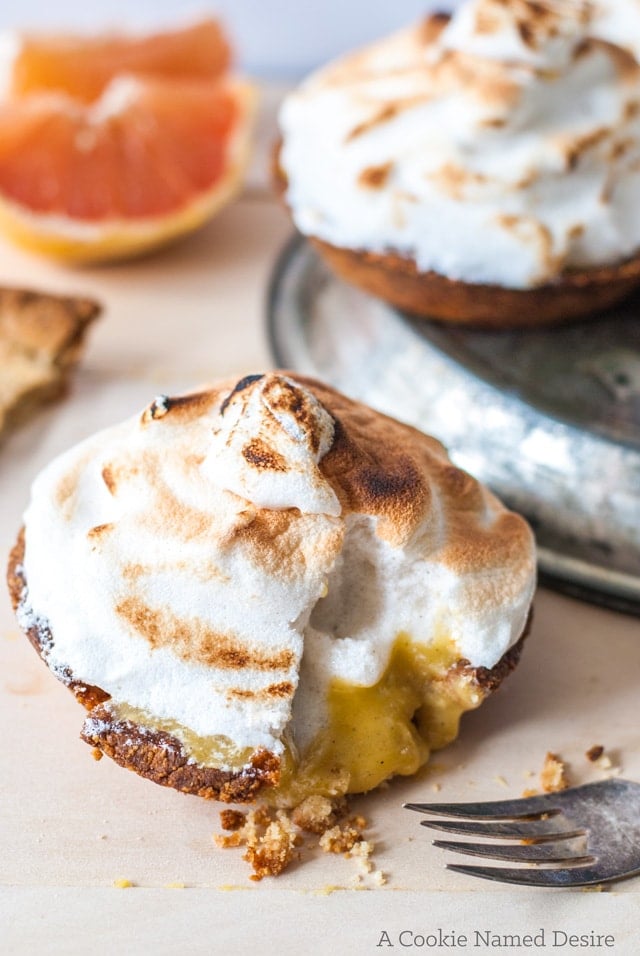 This curd is probably the best curd I've ever had in my entire life which is saying something because I am a bit obsessed with my lemon and pomegranate curds. The curd is sweet, but not cloying. The addition of ginger and vanilla bean add a depth to the curd that makes it so dreamy.

I never really say things are swoon-worthy, but this grapefruit curd truly is swoon-worthy! What I love about this curd is that is is much better for you than most curds because I cut down on the amount of butter you need and you can replace the sugar with honey or agave nectar. 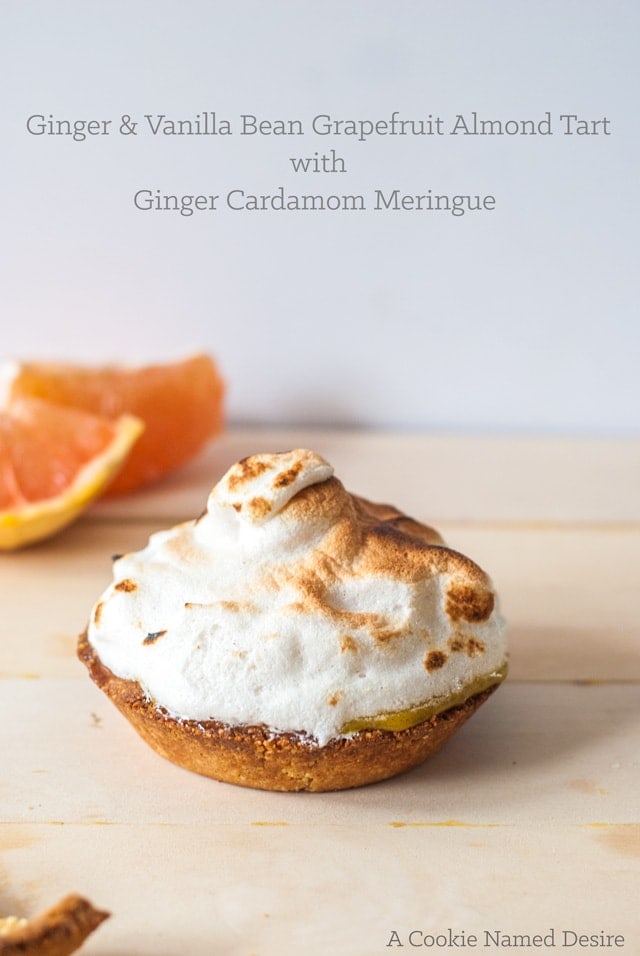 The crust is made of just almond flour, a bit of sugar, a pinch of salt, and some butter. It is gluten-free, really simple, and adds a really lovely nuttiness to the entire tart. I made a couple of extra shells because they are really nice to eat on their own or top with yogurt and a slice or two of grapefruit.

*I know it looks like there is a lot of ingredients, but most of them repeat in each part of the recipe. I recommend starting this the night before you want to serve it for ease - although you can certainly make this all in one day in a couple of hours (less if you get everything prepared before cooking!) You can do the tart and curd the night before and make the meringue and assemble the day of. Finished tarts can last in the refrigerator up to three days. 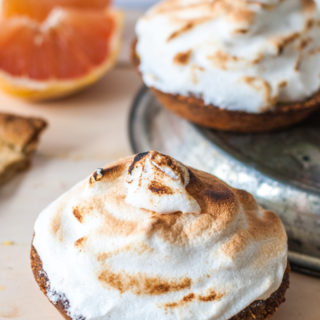 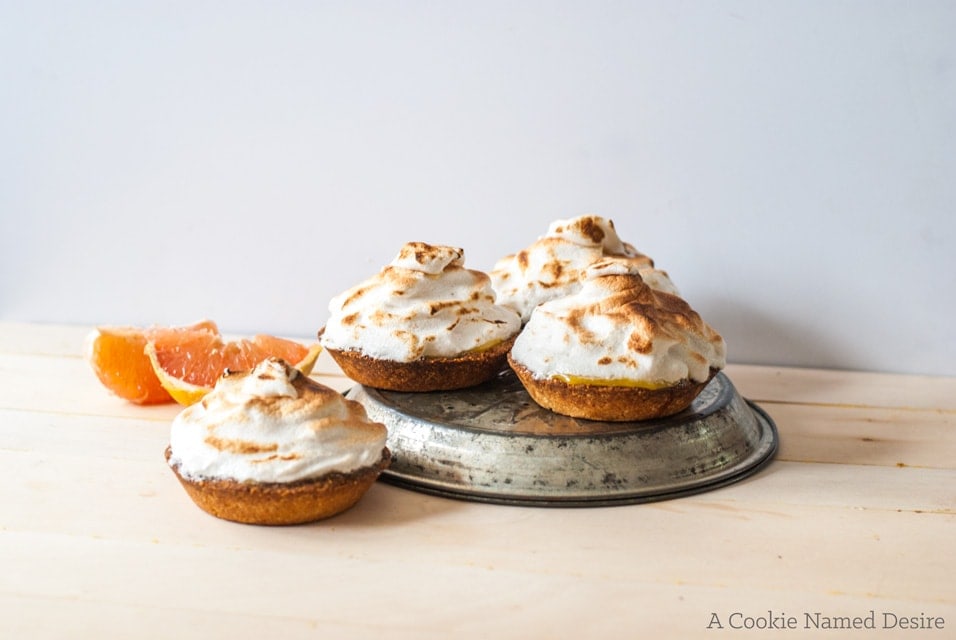