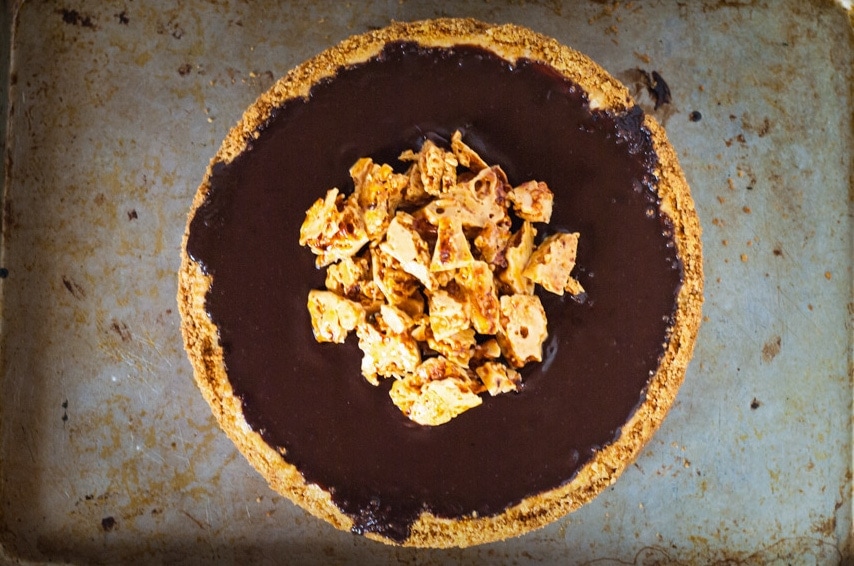 Cheesecake is one of those desserts that I forget I love until I take that first bite. The moment that light, creamy filling hits my tongue, I am thrown into a world of bliss. Once I bite down into that sweet, buttery graham cracker crust,  I am hooked to the gloriousness that is cheesecake all over again. Then, I kind of go into a moment of food frenzy and blackout and the next thing I know, half the cheesecake is gone and I notice people staring at me from the corner of the room as I wipe away the evidence from my shirt. I try to walk away, but I always end up taking just one last bite. One right at the edge, so I can get more of that delicious crust. After that, I keep myself away from cheesecake for another few months so I can try to forget the whole thing. 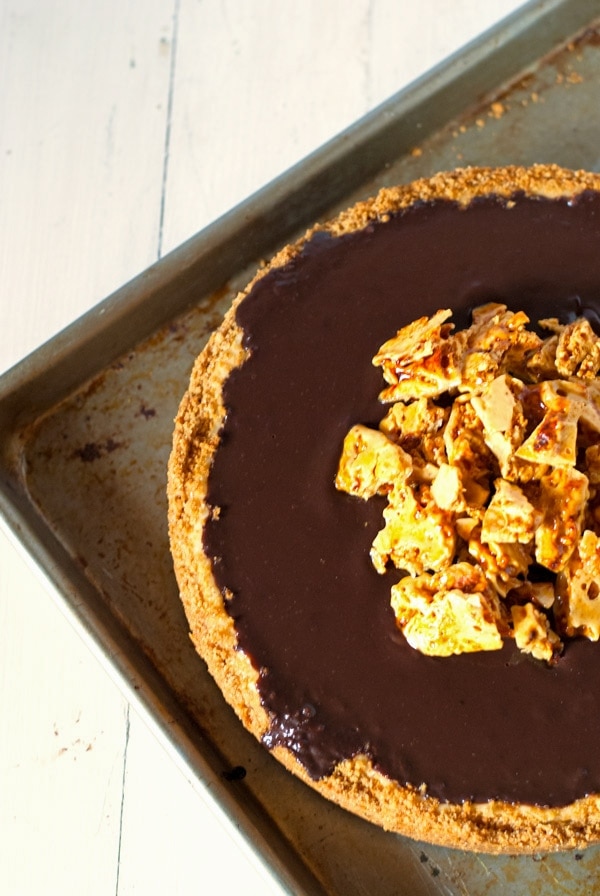 That's why it's been a while since I last posted a cheesecake recipe. Lately though, I've been thinking about this one cheesecake. I call it The Cheesecake That Got Away. When I was living in London and found out I was pregnant with my daughter, cheesecake was on the list of foods I could not eat anymore. No big deal, I thought. One evening, though, I went grocery shopping with Vlad and I saw these individually packaged cheesecakes. It was a dark chocolate honeycomb cheesecake with chocolate-coated honeycomb. I loved chocolate-coated honeycomb. I wanted that cheesecake so badly, I stopped and stared at it long enough for one of the workers to notice me and Vlad had to pull me away. "One piece won't hurt" I said, mostly to myself. "No," Vlad said, "The doctor said no cheesecake. What about these chocolate-stuffed pretzels?" I took the pretzels, but I still wanted that cheesecake. The next day, I sneaked away to get that cheesecake and eat it in the park where Vlad wouldn't find me, but it was gone. I checked for days, but they never got them back. I never got that damned cheesecake. 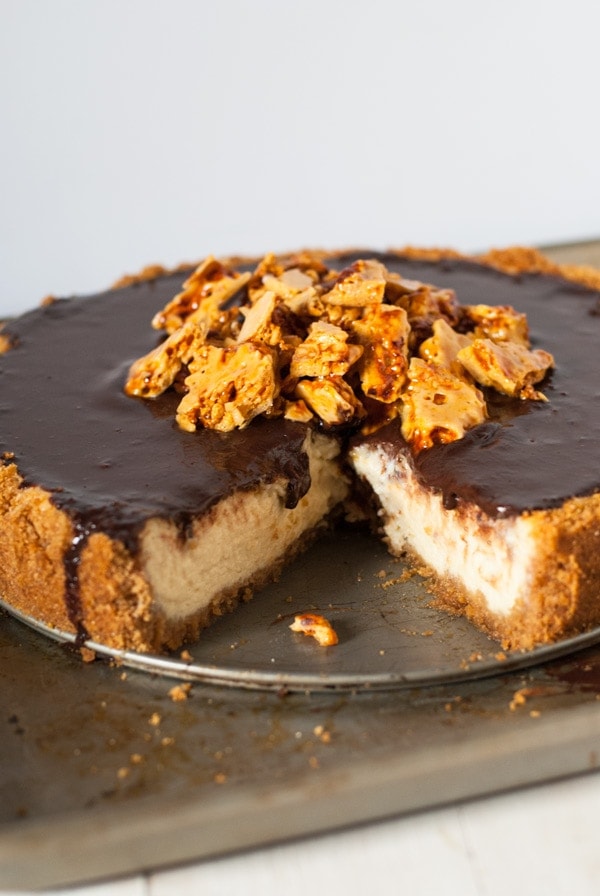 Every so often, I think about how good that cheesecake must have been. How it was probably life-changing. I couldn't believe Vlad could deny me that one thing. Just one slice. Heck, even half a slice. Last week, I decided this weekend would be it. The day I made my cheesecake. This isn't exactly like the one I saw, but I like to think it is better. I adapted the cheesecake recipe from Tyler Florence and it is light, airy, and incredibly creamy. I stuck a few pieces of honeycomb inside the cheesecake, but the pieces nestled on top are the best. The ganache is made with bittersweet chocolate and helps to balance the sweetness of the cheesecake and honeycomb. 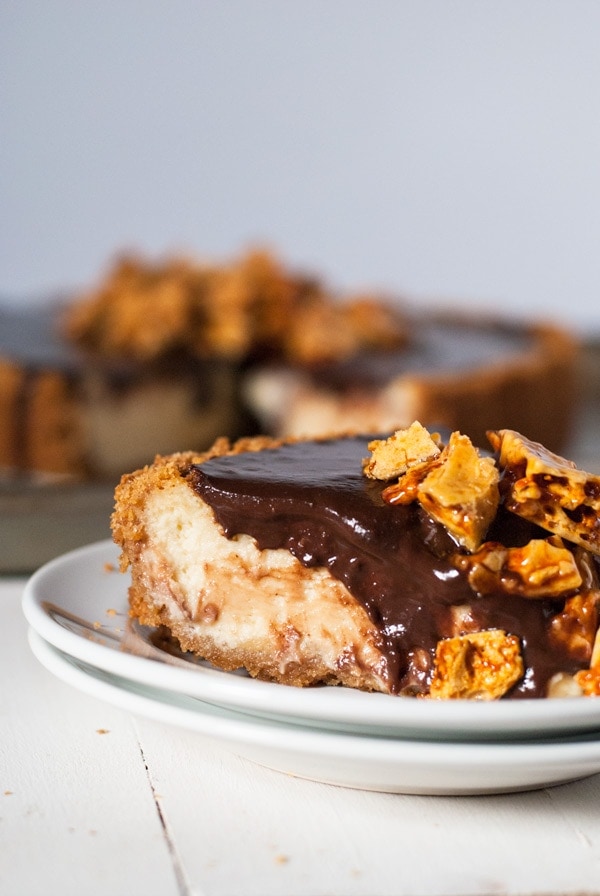 If you saw on Instagram, I had an incident the first time I made the honeycomb. You are supposed to sift the baking soda, but I was feeling lazy and decided to just whisk it with a fork. I thought I got all the clumps out, but apparently, there were a few small ones I missed because when I started to break apart the honeycomb, I found a few pockets of baking soda hidden inside. It was disgusting! I had to do the whole thing over and trashed most of the first batch which made me upset because I hate wasting food. Lesson learned!

Making this cheesecake was the best decision ever. It will be yours, too.

Don't have time to make this amazing cheesecake now? Pin it for later! 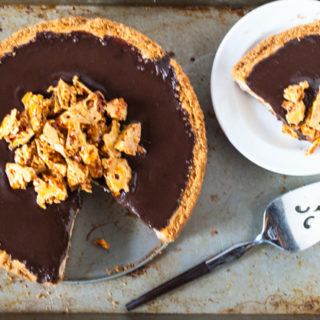