Because I believe breakfast and dessert need to meet more often. This maple ice cream with bourbon and bacon toffee is everything you could possibly want. Sweet, boozy, with a salty sweet bacon crunch. This is love. 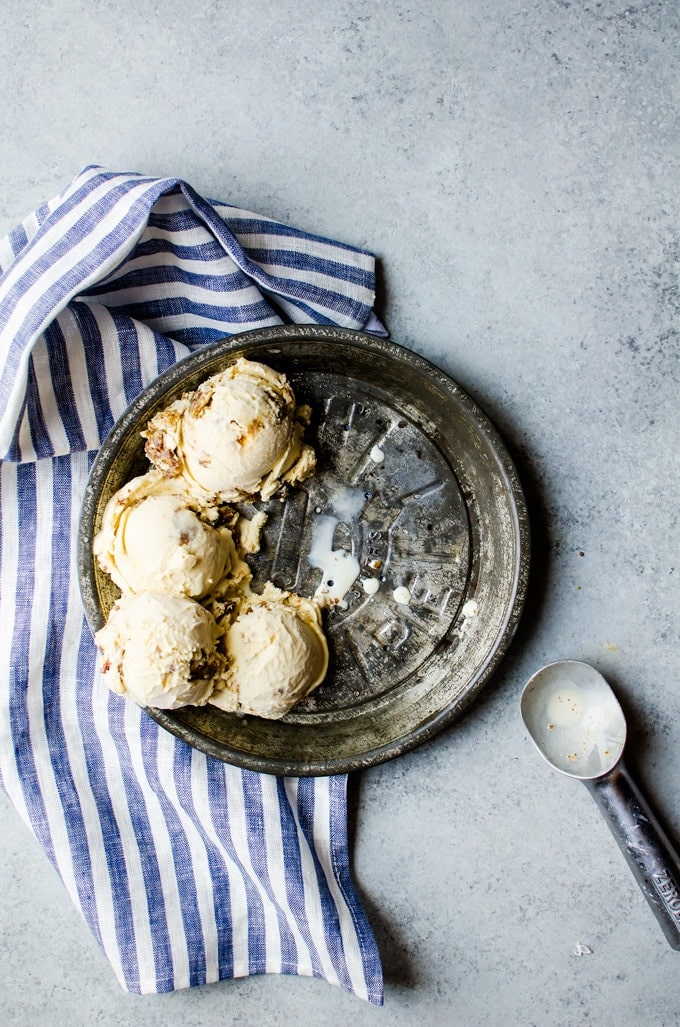 So this is my last ice cream recipe for Ice Cream Week. It is kind of bittersweet. This was the ice cream I was most looking forward to sharing with you and probably my favorite. But it also means that the giveaway is ending soon (you can go right to the bottom of the post if you want to enter) and that I will be taking a small break from ice cream. Just a small one. I don't think I could handle having a long break from making ice cream. 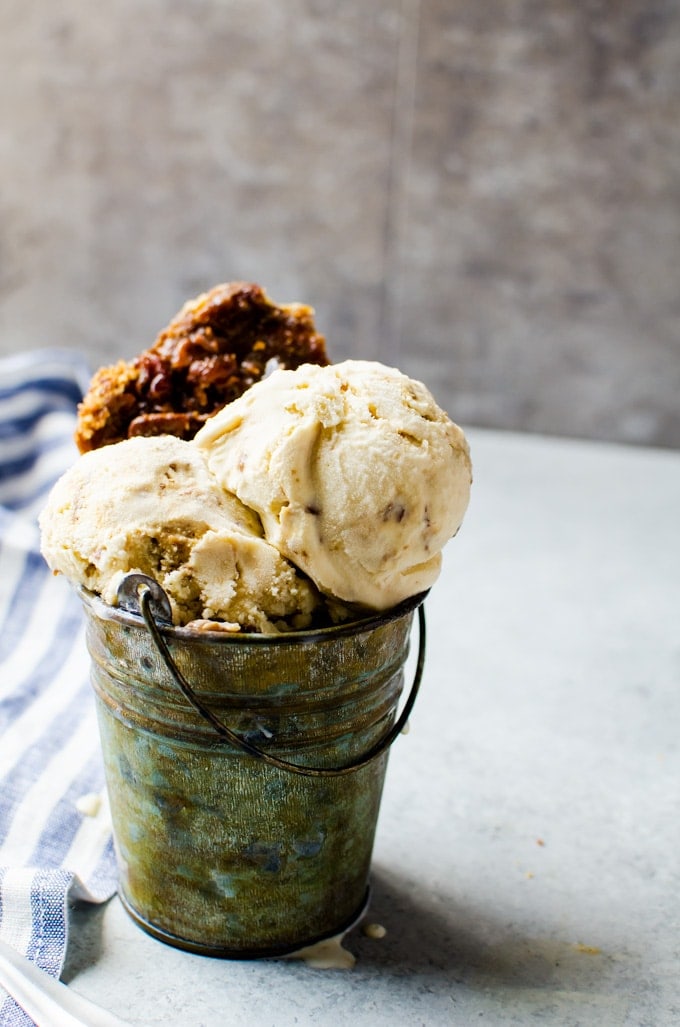 This particular recipe I've been wanting to make since last year. I sat on this maple ice cream with bourbon and freaking bacon toffee (!!!) for an entire year before finally making it. Last summer I just had too many ideas for ice cream recipes that I just couldn't get around to it before the end of summer and I wanted to give this recipe justice by giving you a full summer to enjoy it while I could remember to remind you that it was here for you. 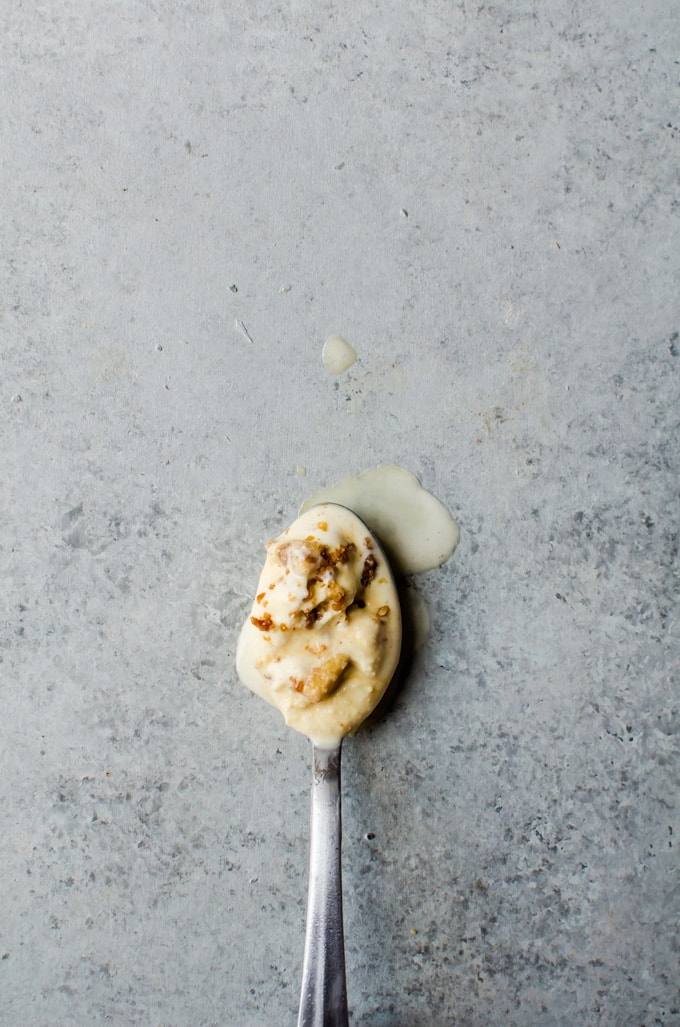 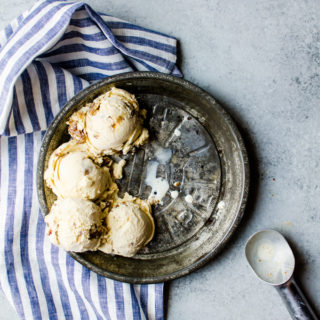 Blueberry Lemon Ice Cream via The Bitterside Of Sweet

Coffee Chocolate Ripple Ice Cream via An Italian in my Kitchen

No Churn Honey Nut Ice Cream via Honey and Birch

Strawberry Banana Ice Cream via The Bitter Side of Sweet

Lychee and Cherry Swirl Ice Cream via My Food Story