Breakfast is so much fun with fluffy baked churro doughnuts. These baked treats are easy to make and so much better than anything you could get fried! 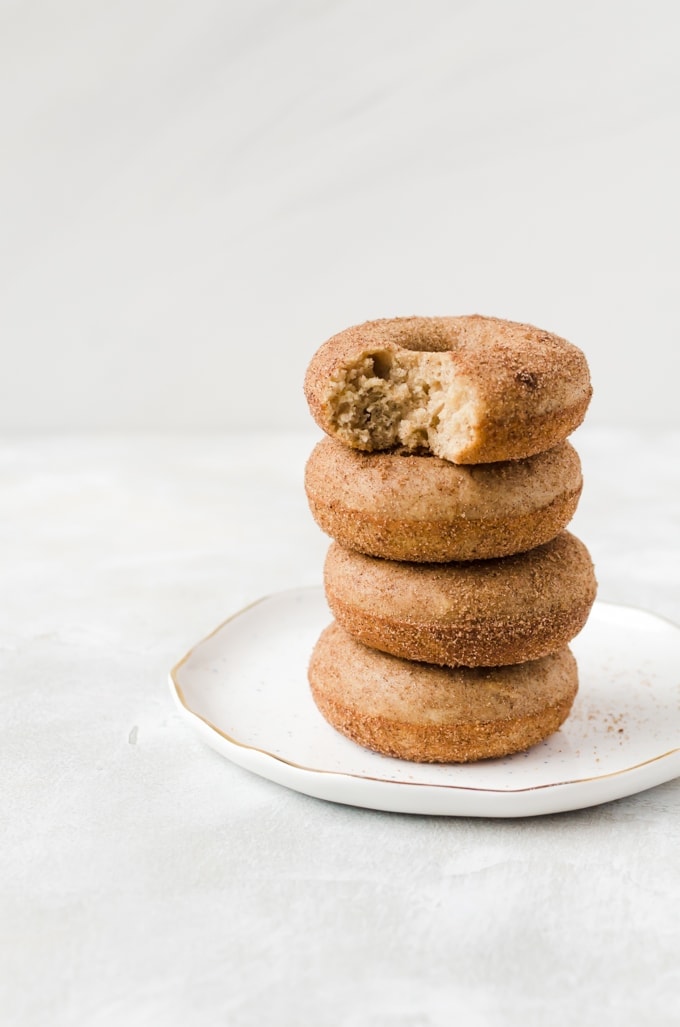 I'm a sucker for baked doughnuts. Ever since I bought my first doughnut pan, I became obsessed with them and would often make them for breakfast most mornings when I was working in an office. Most of the time I'd just go for an old-fashioned type of doughnut without any coating or a simple chocolate doughnut. Nothing that could make my work clothes dirty while I headed to the office.

The convenience of being able to have a doughnut whenever I want alone is so good. The fact it's healthier than a fried doughnut is just a bonus, really. 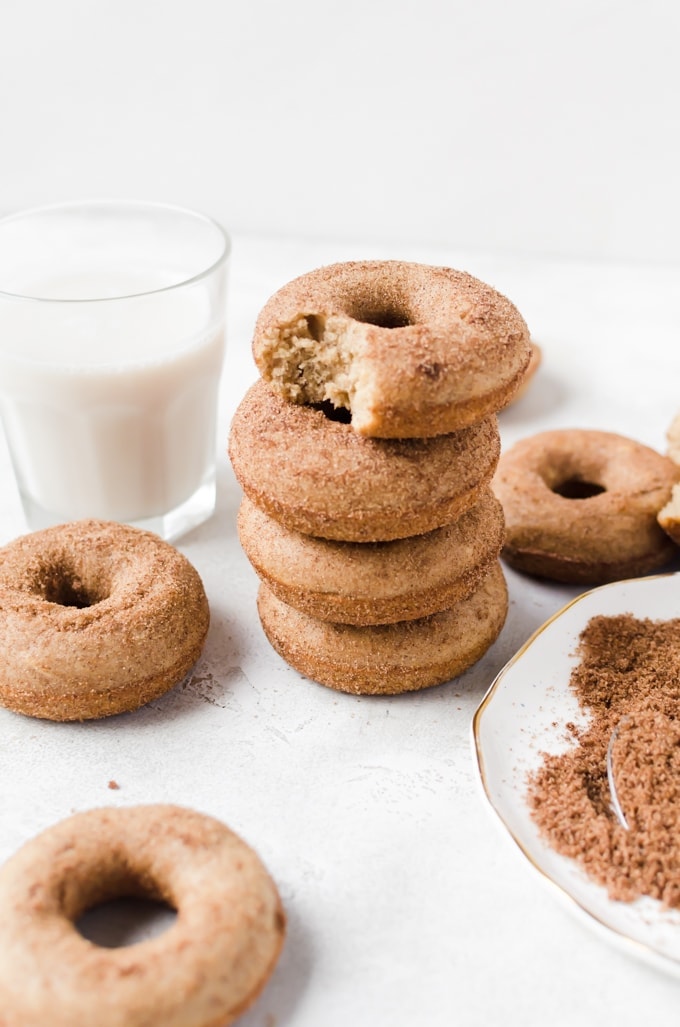 Instead, we just use the heat of the freshly baked churro doughnut. The heat will melt the sugar just enough so when it cools, the sugar becomes stuck to the doughnuts.

To make is super simple and to save your hands, I recommend putting the cinnamon sugar mixture into a large plastic bag and adding the baked doughnuts in, then shaking.

Remember the Shake N' Bake chicken meals mom used to make? Well, it's like that, but in dessert form. And also, so much more delicious.

Once the doughnuts are well coated, leave them on a baking sheet or wire rack to cool completely. It's a nice little hack to cut back on those calories just a little. 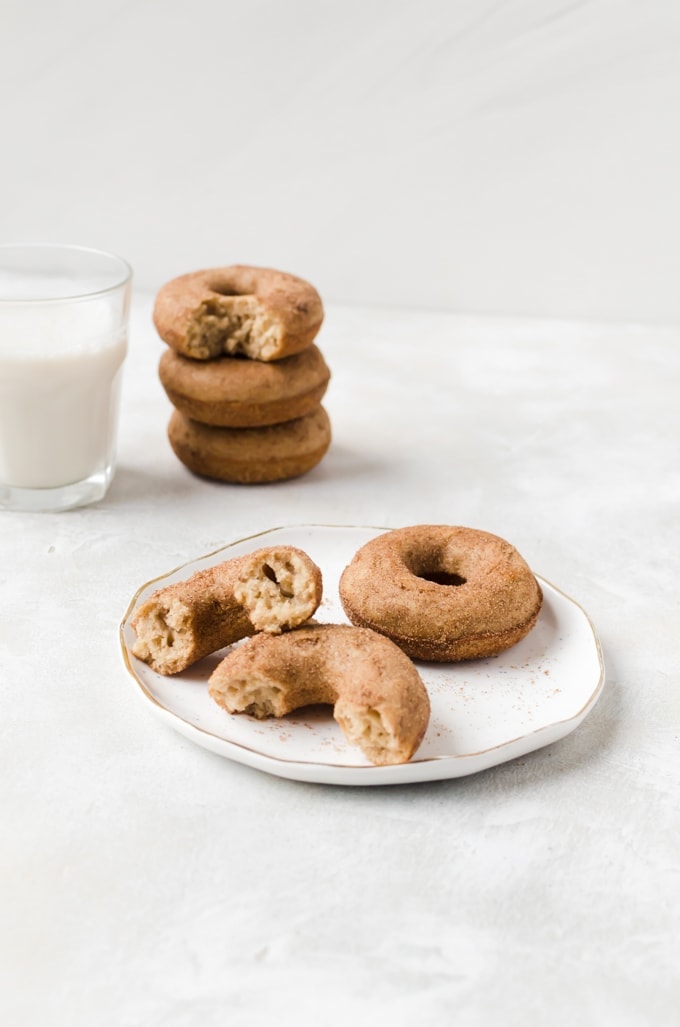 Out of all the baked donuts I've ever made, these churro doughnuts are perhaps one of my favorite. I love how incredibly fluffy they are. They also completely melt in your mouth. When you have it with a cup of coffee or ice cold milk, it's total heaven.

Pro tip: when eating with coffee, dunk the doughnut in the coffee. You won't regret it.

Well maybe, because you will understand how just impossible it is to eat just one churro donut.

Just remember: baked and a little healthier. So an extra doughnut isn't that bad for you. 😉 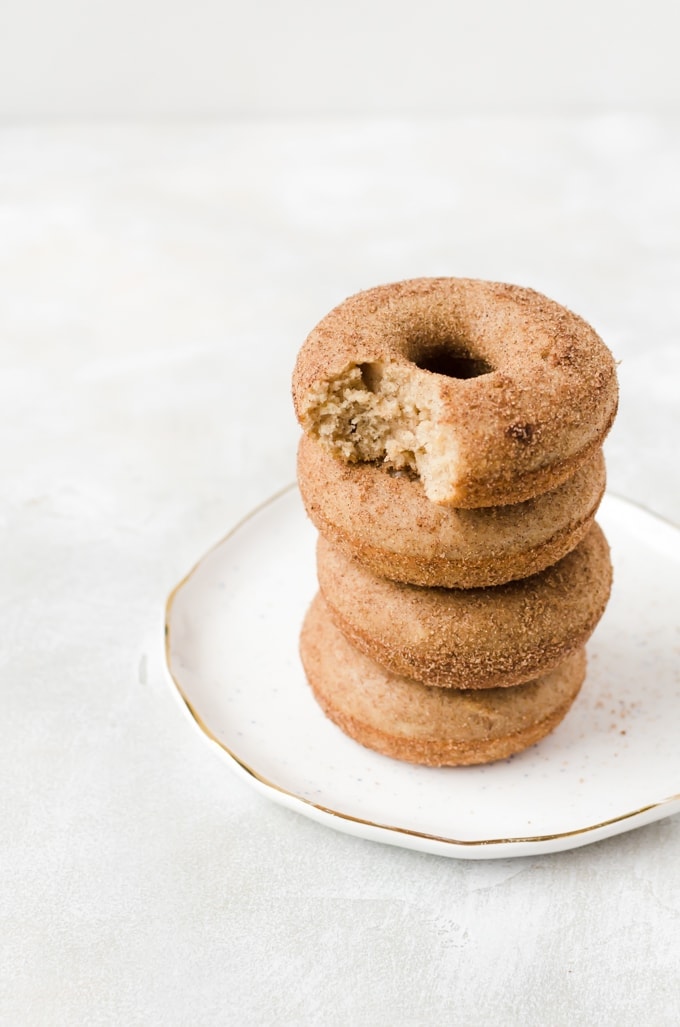