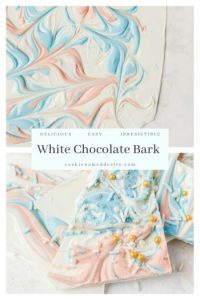 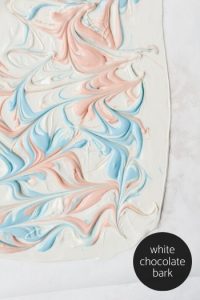 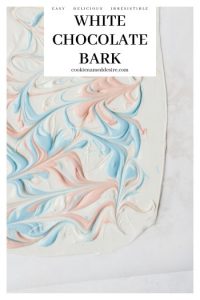 Nothing prettier than swirly mermaid white chocolate bark. Perfect as a sweet treat to snack on or have out for the kids! 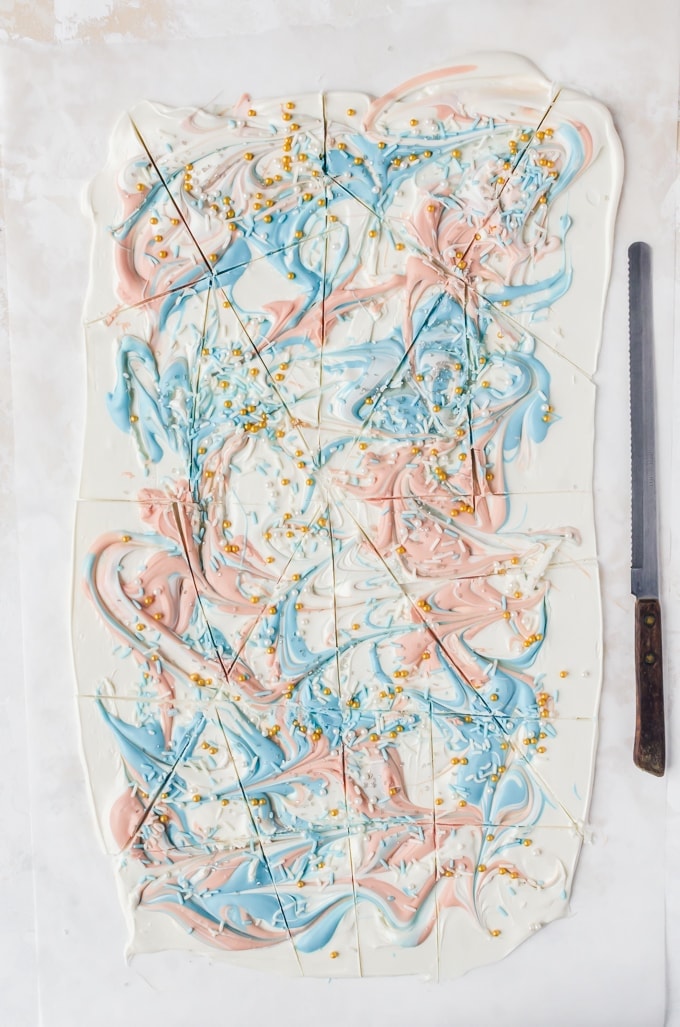 Last year we had a party for my daughter at one of those bounce/trampoline places that seem to be popping up everywhere. I made cupcakes, a mini cake, and I made some chocolate bark.

I spent ages preparing everything and made the bark as a last-minute addition, and you know what? It ended up being the biggest hit of the entire party.

The kids, adults, and even my helper at the party place devoured the bark in just a couple of minutes, with many people asking for seconds and thirds. 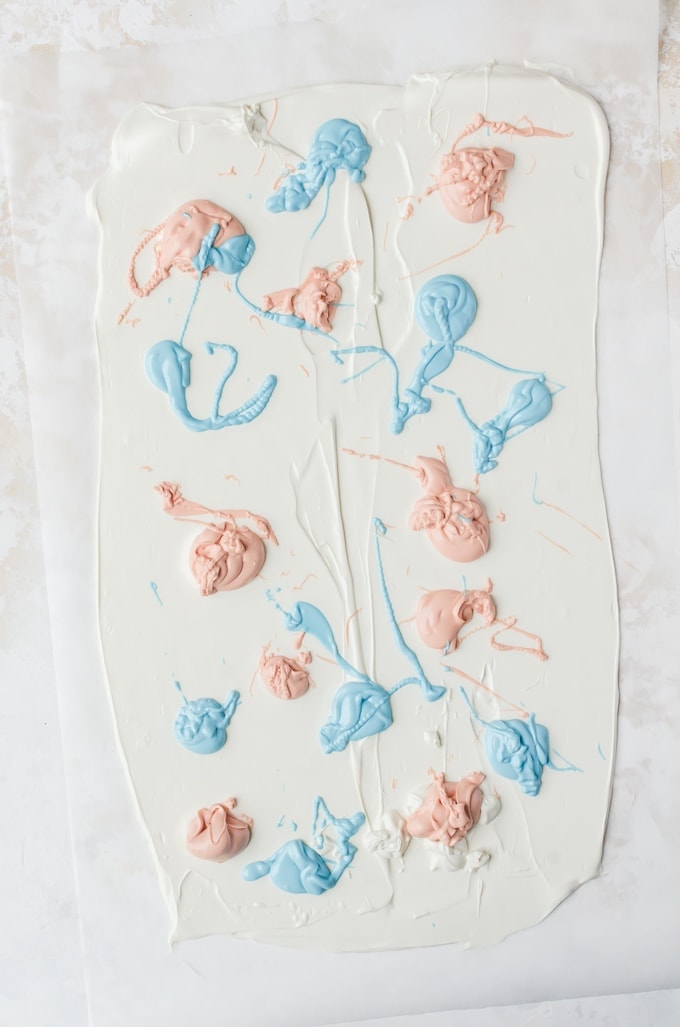 This year, I decided I'd make a ton of chocolate bark in anticipation of it being devoured in much the same fashion.

We are doing a mermaid theme this year and her goody bags look like mermaid tails with shells in a tealy blue and pink, so I wanted to mimic it in the bark. I also found some cute sprinkles that looks kind of mermaidy that I wanted to add to the top. 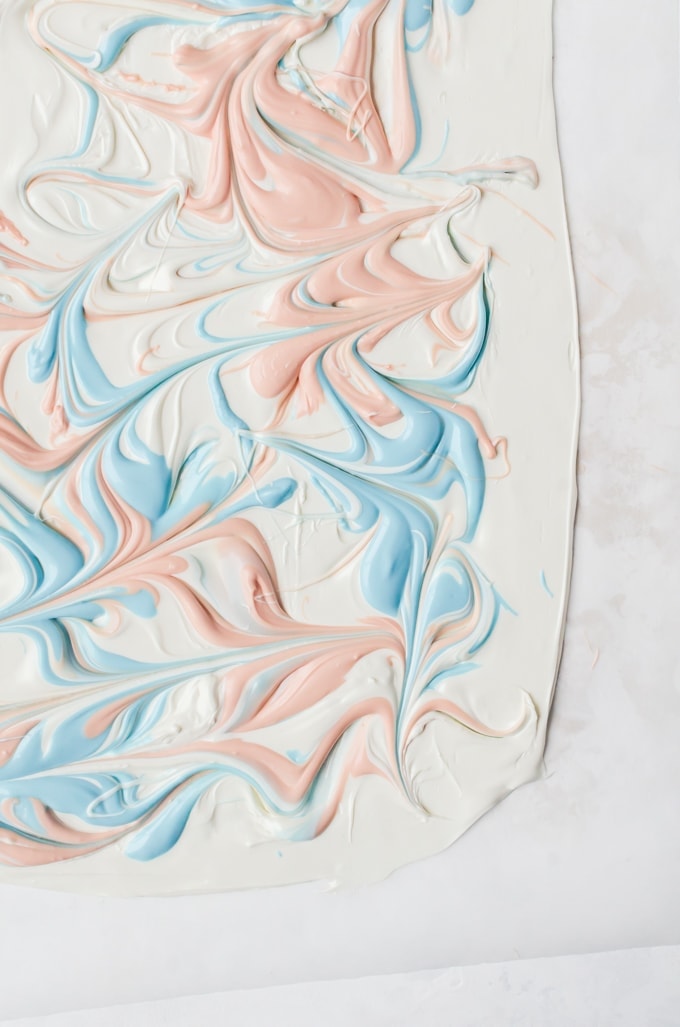 And I also thought it'd be fun to share with all of you the white chocolate bark I am making. The process couldn't be any simpler to do.

How Do I Melt Chocolate

Usually, you can melt your chocolate using a microwave-safe bowl in the microwave at 50% power and heat the chocolate in 30-second increments, stirring well between each increment.

Personally, I love to do a double boiler method because I can see everything and it lessens the risk of accidentally heating too much in the microwave which happens a lot to white chocolate as it is more temperamental.

When it comes to chocolate, having control by using methods like the double boiler method helps to ensure you get consistently good results every time. 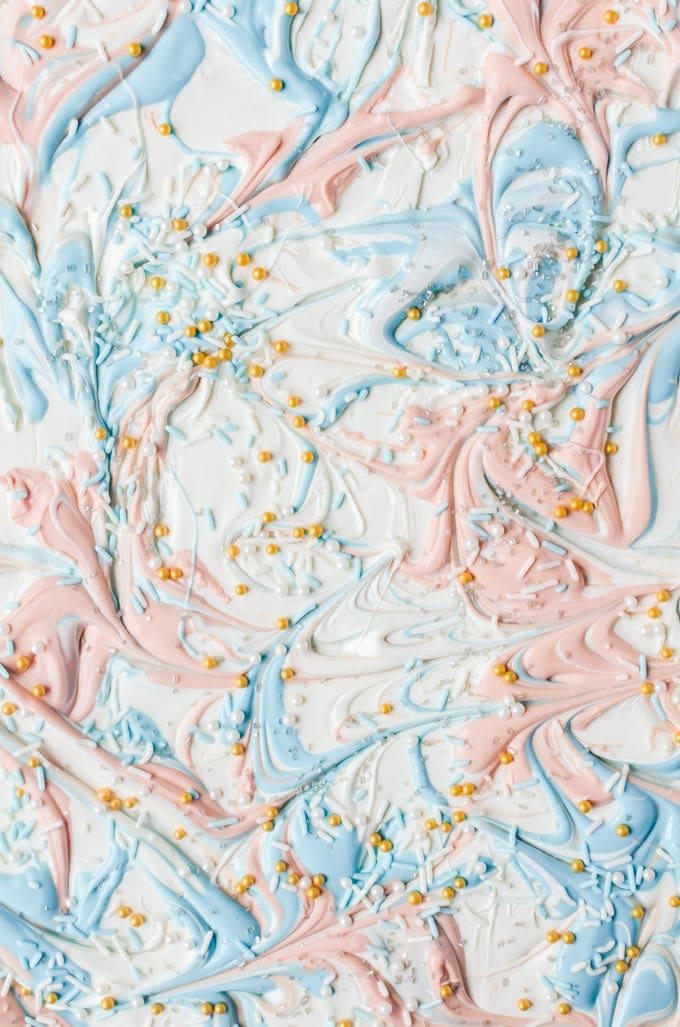 How Do I Use The Double Boiler Method To Melt Chocolate 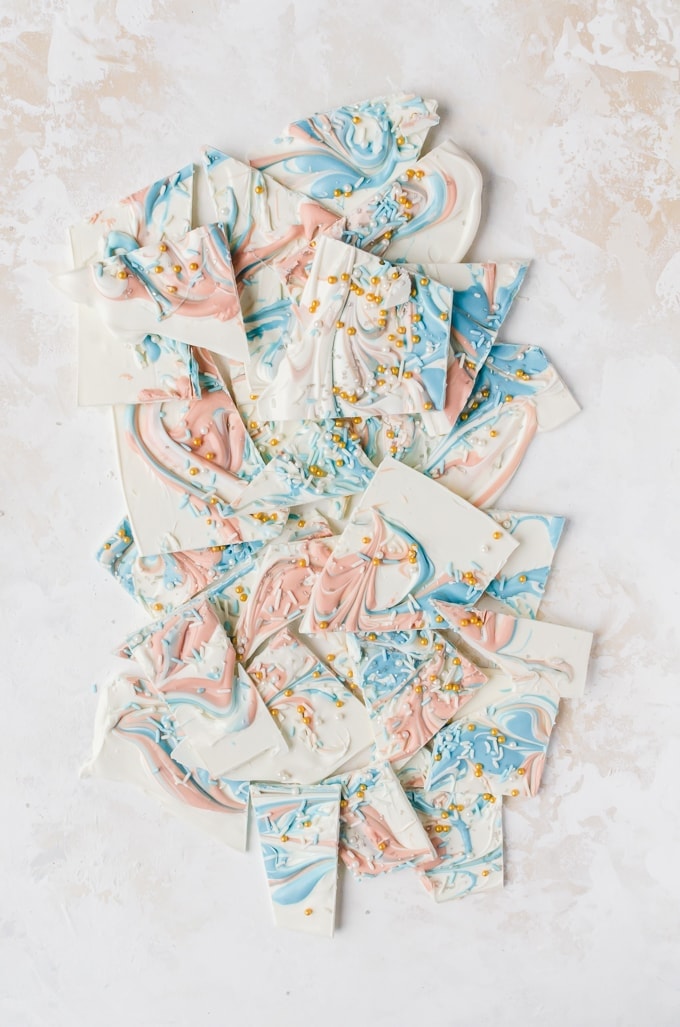 How Do I Make Colored Swirls In My Chocolate Bark?

After melting the white chocolate, I set it aside and then melt some blue melting wafers followed by the pink.

Then I dolloped the other colors and used a knife to swirl gently. You don't want to swirl too much, or else the color will bleed and blend too much into the white chocolate and the other color(s) you use.

The white chocolate bark tends to dry fairly quickly, so I quickly drizzled the sprinkles on. 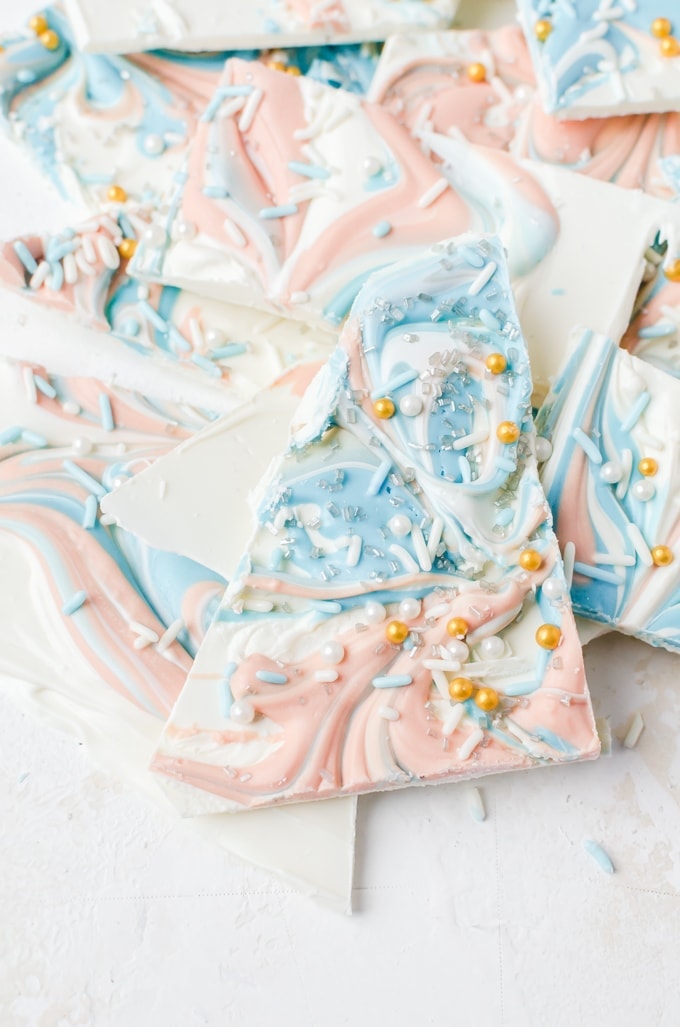 I've got you covered. You will love this pretzel toffee bark. My salted almond chocolate bark is a personal favorite. For the holidays, I always make this sweet and salted holiday bark. If you want something loaded with fun, try my munchies bark or my cookies and cream brownie bark. 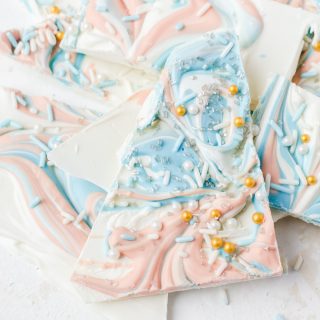 *I purchased the colored white chocolate wafers at the craft store.