Fluffy cinnamon-infused cupcakes filled with a caramel apple filling and topped with a creamy vanilla frosting drizzled with salted caramel. There is nothing not to love about these caramel apple cupcakes! 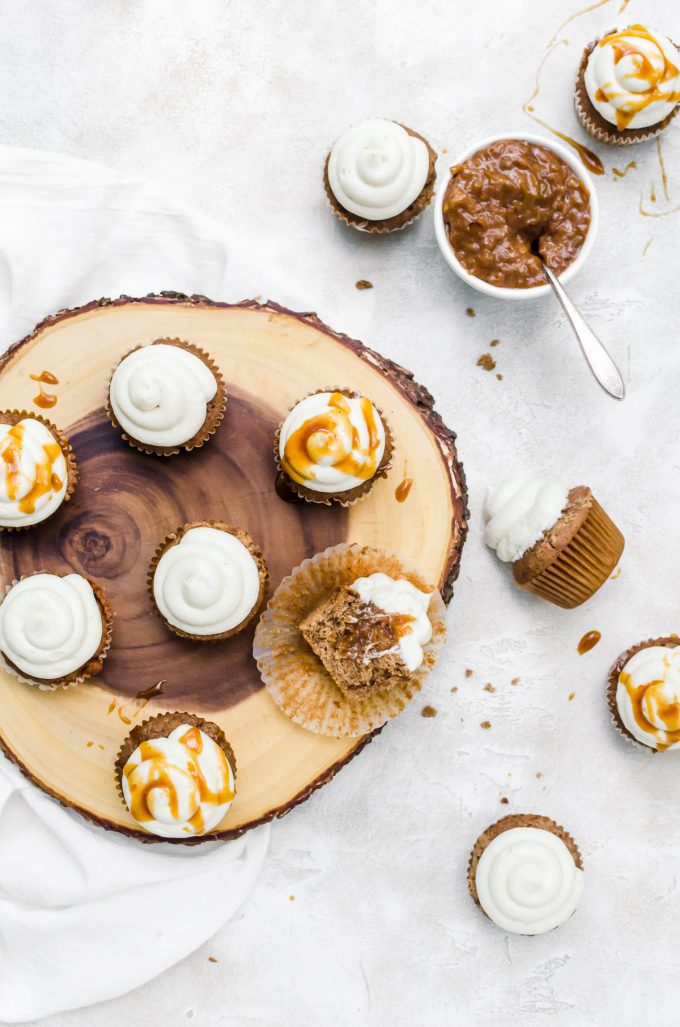 Okay, it is no secret that out of pumpkin and apples during the fall season, I tend to lean heavily toward apples. I just love appley cinnamony delicious things so so much. They remind me of my favorite parts of fall more than anything else and nothing beats an apple pie.

More than anything, caramel apples win my heart every time. I can not get over the deliciousness that is caramel apple. If you haven't tried my apple cider caramel, you are in for a life changing treat. I used my salted caramel sauce in this recipe, but the apple cider caramel works really, really well here too! I recommend picking and choosing one to try! 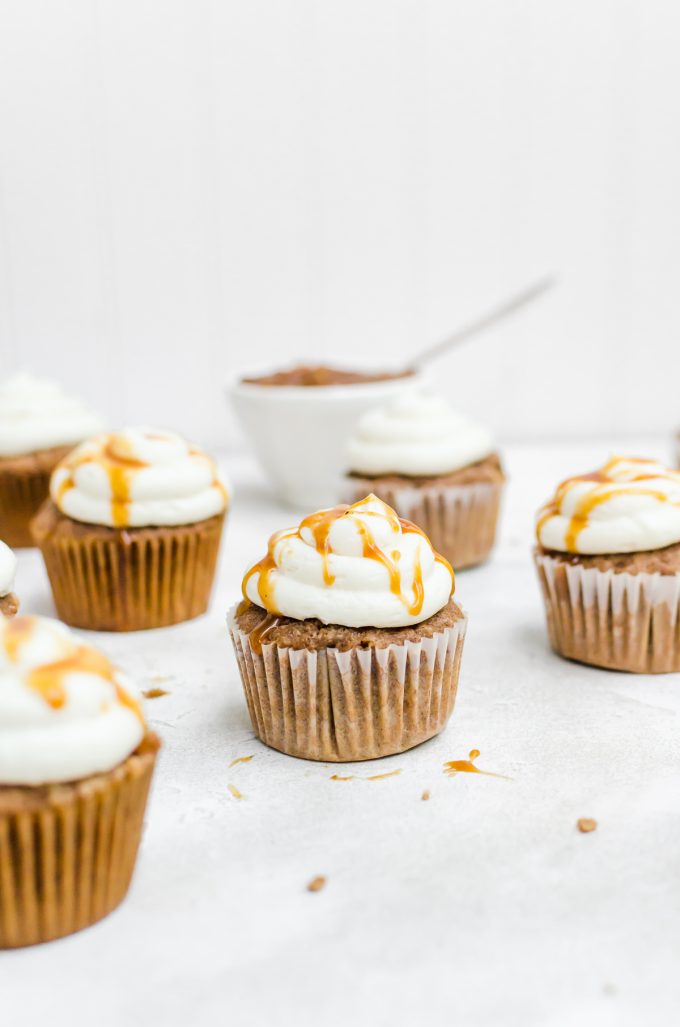 I've been planning on making these caramel apple cupcakes since this summer. They've been on my mind daily. I spent an embarrassing amount of time trying to figure out exactly how I wanted to make it.

My intern insisted that I needed to add more cinnamon to my apple desserts, so I decided to make a cinnamon-infused cupcake. They are based on my favorite vanilla cupcake recipe, just with a nice hit of cinnamon in every bite. They're light, fluffy, buttery, and the cinnamon only makes them better.

I wanted to not make the cupcakes too caramel or too apple, so I kept most of the caramel apple in the gooey filling. The vanilla frosting balances everything out, and the drizzle of caramel on top ties everything together. If you want, you can decorate them with an apple chip too! 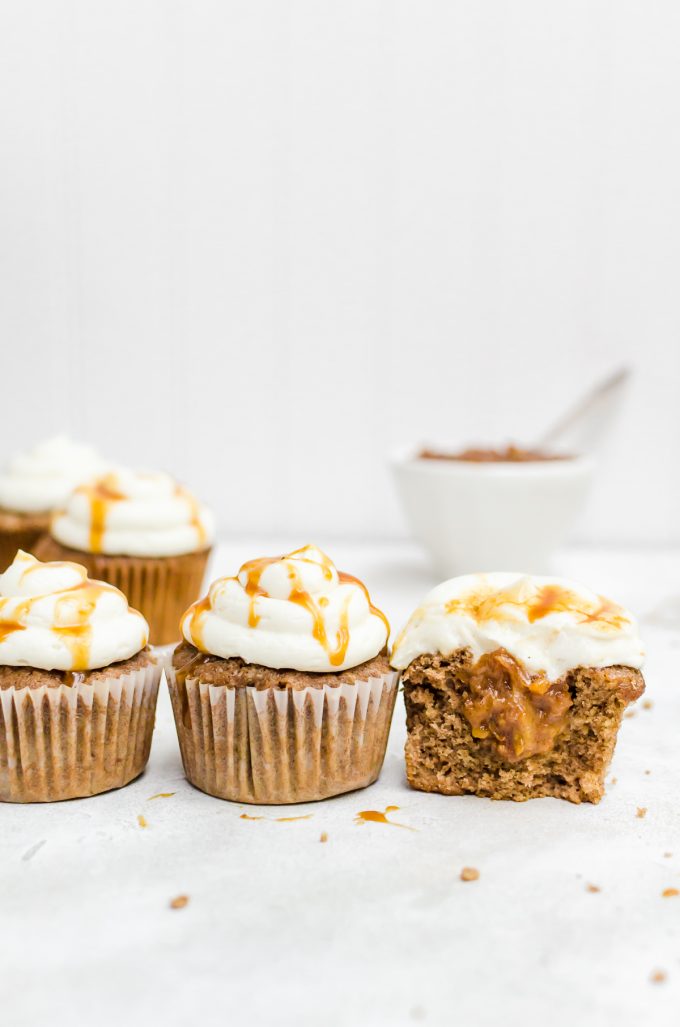 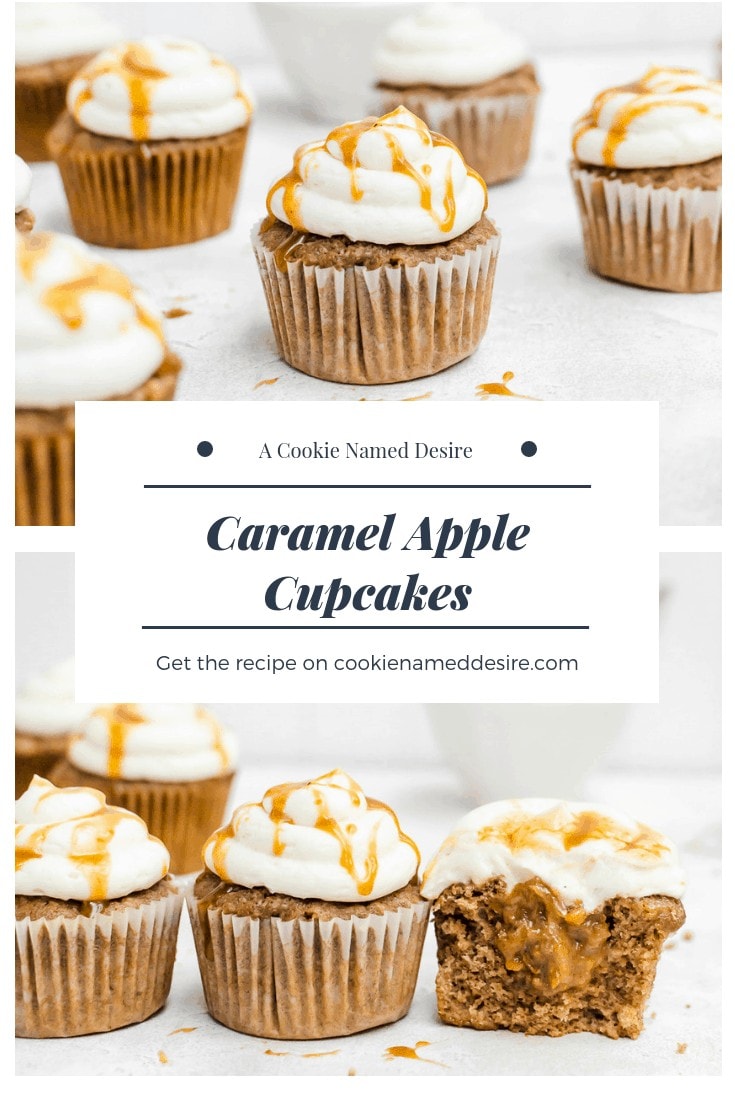