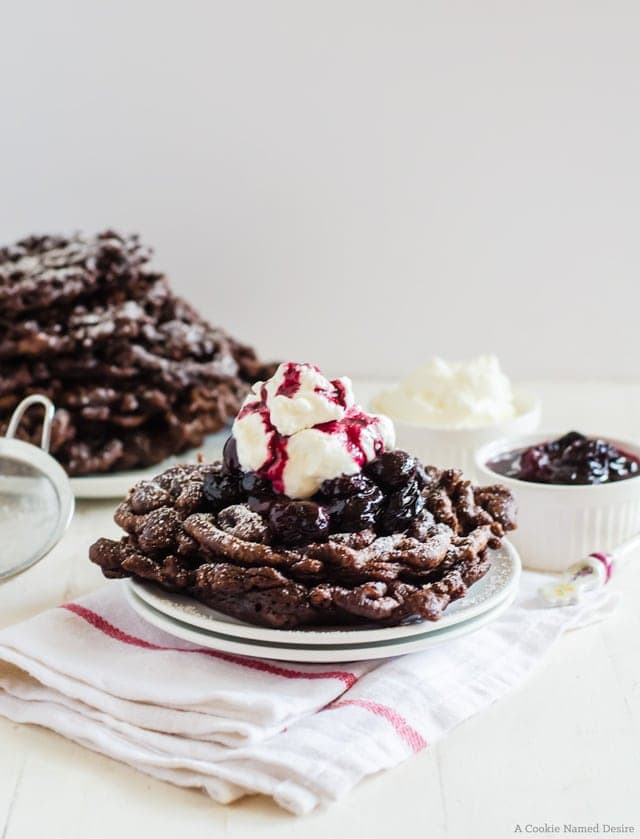 It’s still summer. Despite all the Halloween decorations and candies in the stores, it is still summer and I want to enjoy more summertime things. Traditionally we like to get funnel cake every time we go to the beach, but the last time my daughter insisted on ice cream instead. While we were in line I saw so many types of funnel cake there: lemon meringue, strawberry shortcake, even a boozy funnel cake that I can’t quite remember. 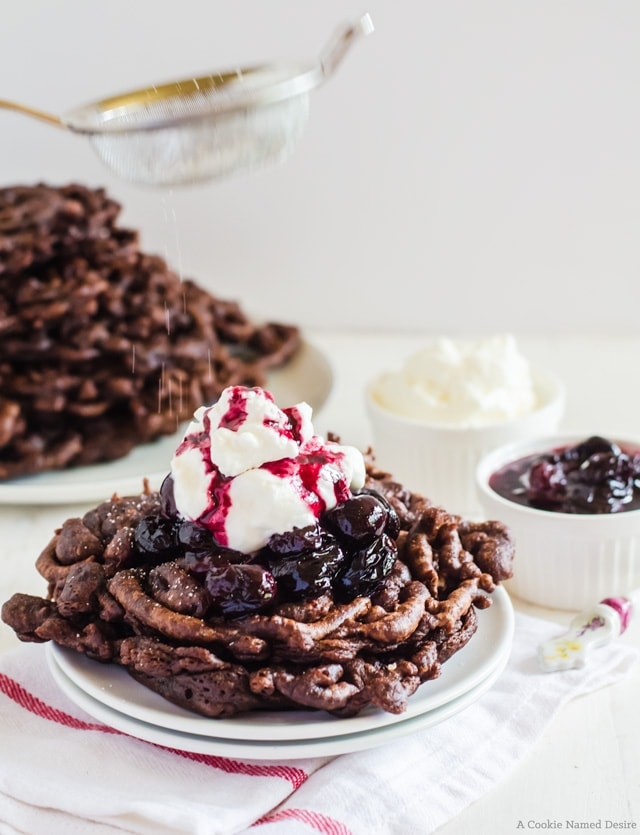 Last year I made regular funnel cakes that I topped with lemon white chocolate that was better than anything I’ve ever had on the boardwalk. I decided to modify that recipe to make a chocolate funnel cake. My idea was to make something inspired by Black Forest cake. Traditional Black Forest cake is my favorite, but I do love that combination of chocolate, cherries, and cream and knew it would make an amazing boardwalk treat. 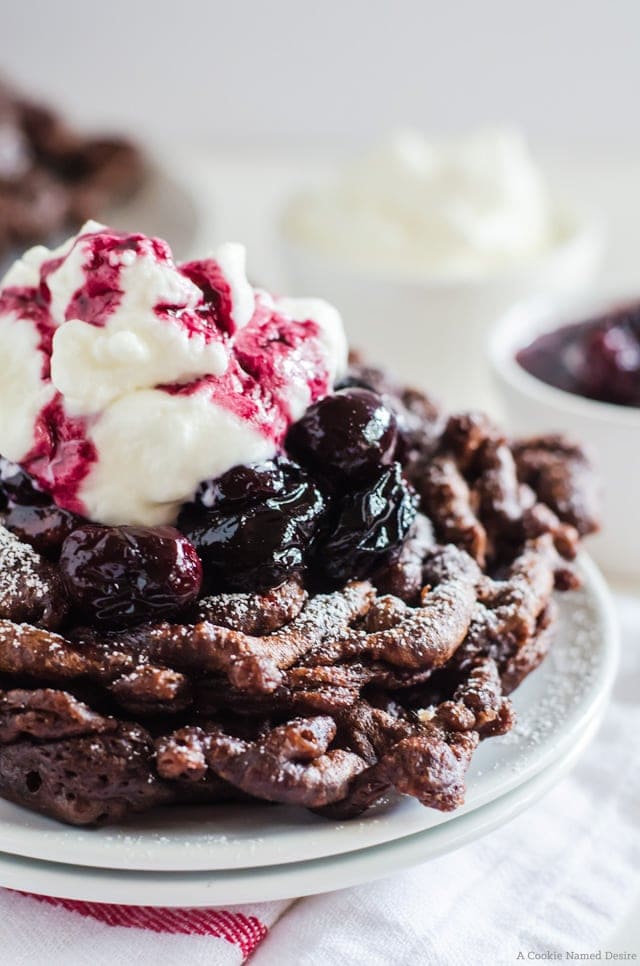 I had the idea to make the chocolate funnel cakes for a while now, but I’d been dreading the mess I’d make transferring the batter to the funnel from my mixing bowl. Last time I made funnel cakes I got batter everywhere. Even the ceiling. I have no idea how I did that happened. But during a trip to Aldi I found this amazing little contraption that I could pour all my batter in and pour out like a watering can. It’s the best. I freaked out when I found it. I know I probably sound so lame right now, but I don’t care. It’s going in my “Take to Seattle” pile. 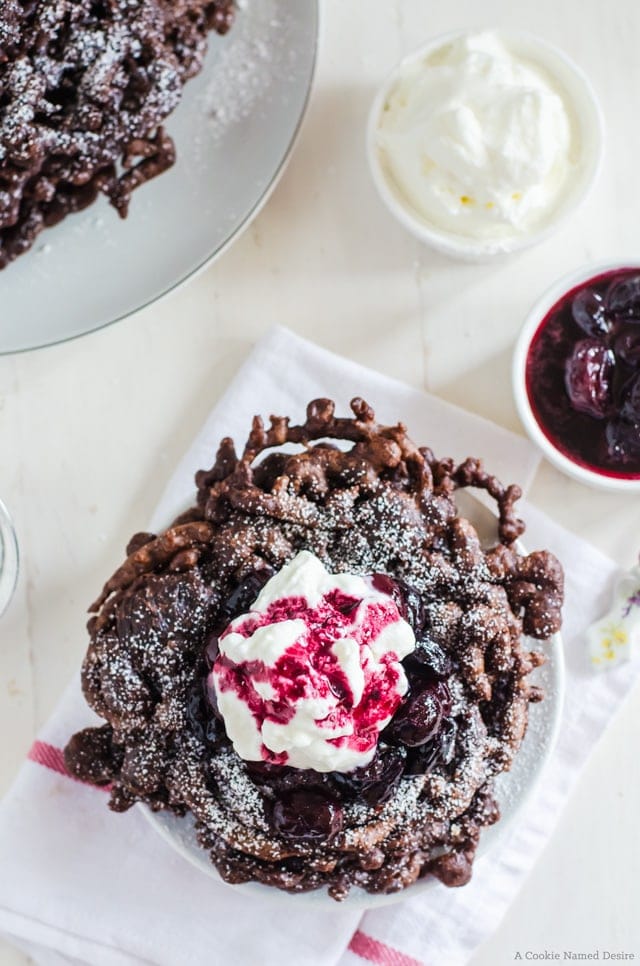 How can you describe something that is so utterly amazing? The chocolate funnel cake on its own is sweet, but certainly not overbearingly so. You can generously sprinkle powdered sugar and be happy with your life choices. The addition of the cherry compote and whipped cream makes this funnel cake otherworldly. The combination of fried chocolate dough, sweet black cherries, and fresh whipped cream is almost too good.  I definitely had two funnel cakes for lunch the day I made them and do not regret a thing! 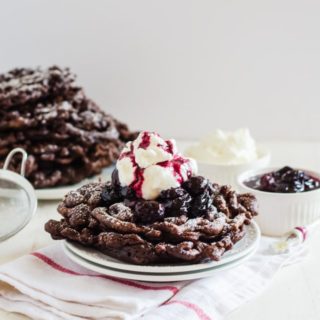